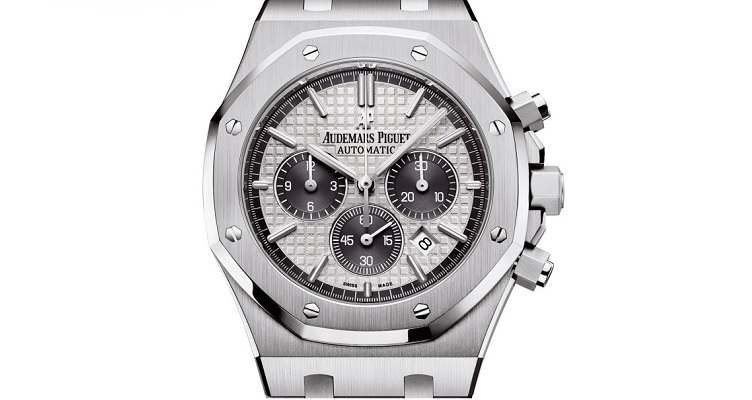 This watch is pure Audemars Piguet and this edition is being presented specifically for the Queen Elizabeth II Cup which is purely an equine based event that garners attention worldwide, partly because the Royal Family has been deeply involved in equine events for centuries, but also because most horse races, especially in England (which confusing it may seem, the QEII is not) generally do get a lot of attention (Grand National, Cheltenham Festival and Royal Ascot are good examples) because of the high profiles that attend them like, for instance, Bruce Springsteen’s daughter. But I digress. 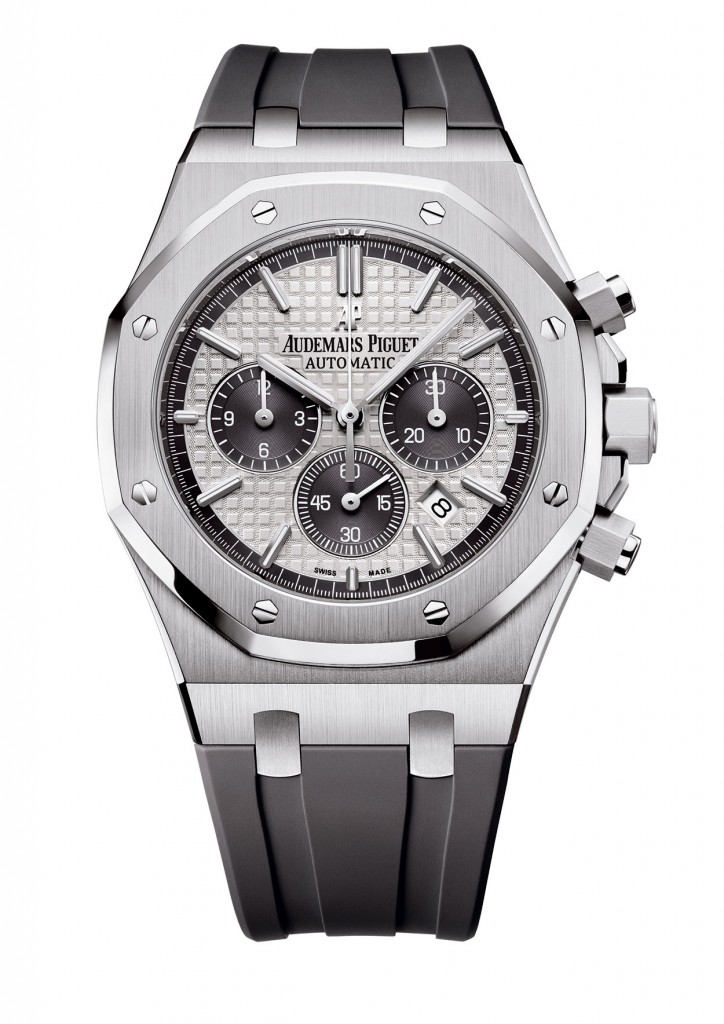 Audemars Piguet has been sponsoring the QEII cup for 17 years now so they decided to put on a little show for us with their new watch. It’s a very contemporary design, the Royal Oak, and has been practically unchanged since its initial creation by Gerald Genta in the 1970s. Sticking to the octagonal bezel and silvery ‘Grand Tapisserie’ dial, Audemars Piguet has crafted this watch from titanium rather than steel. 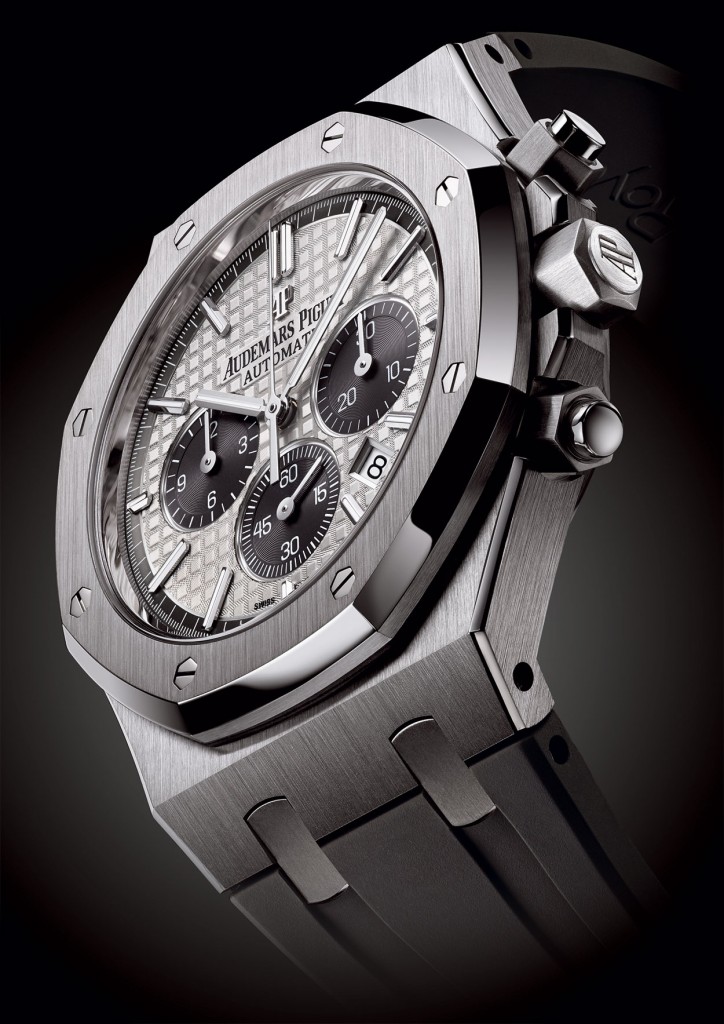 It’s a sublime 41mm in diameter, making itself a comfy little home between the Royal Oak Offshore pieces and the smaller women’s Royal Oak watches. On the silver dial you’ll find ruthenium indexes and counters, a unique twist from the usual white gold we see on other pieces. The chronograph counts seconds, 30 minutes and 12 hours, after which point you’ll need to keep a tally of how many 12 hour stints its been running (unless you’re using it as a second time zone indicator of course). As with most chronographs, you should not attempt to run it while submerged in water, or to be extra safe, anywhere near water. Having said that the watch itself is water tight to 50m only and is presented in the durable titanium case and on a rubber strap. The chronograph is an addition that makes the movement into the AP in house self-winding 2385 that has a 40 hour power reserve. 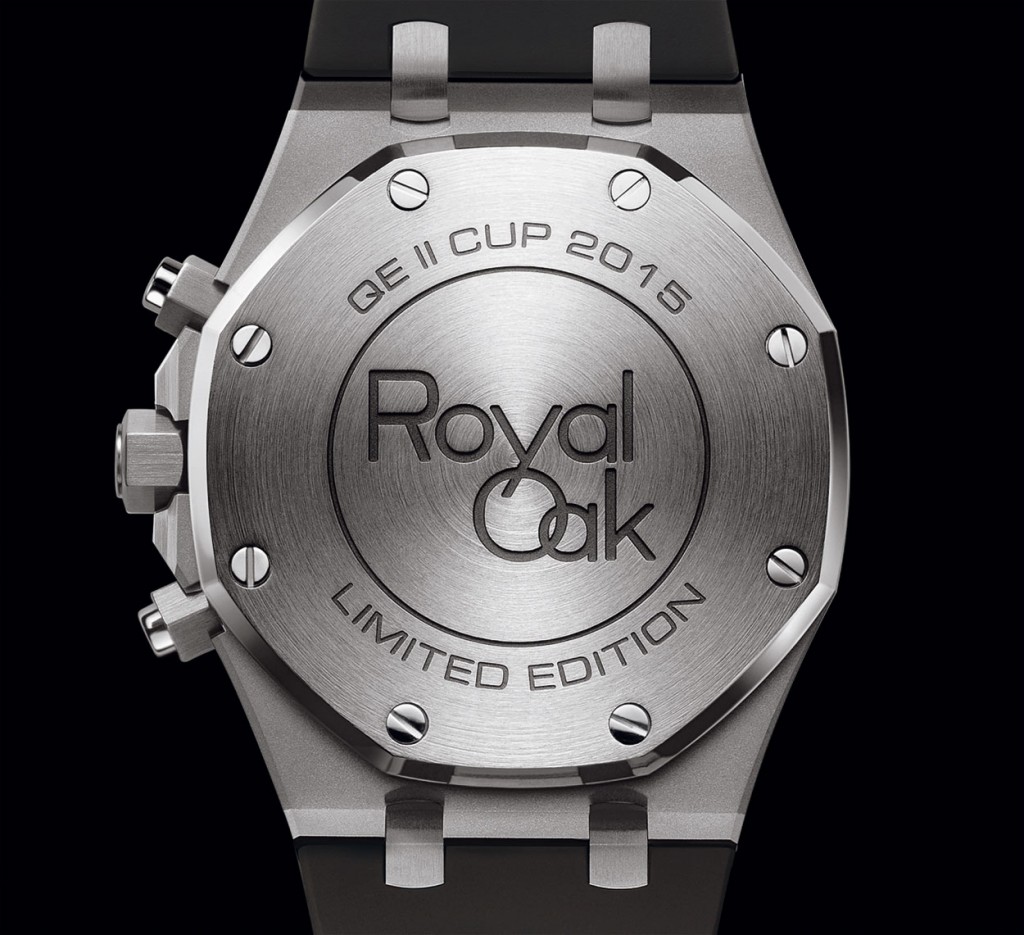 This watch is (sadly) limited to just 200 pieces, all of which come with a presentation case and the caseback engraved with the words “QE II Cup 2015” and “Limited Edition”. There are, however, no indications as to which number out of 200 you have. This piece costs HK$218,000, which seems like a lot at first glance but, when in US money, translates to around $28,000 which most would agree is more reasonable.

A stunning piece this watch is and a prime example of Audemars Piguet engineering at its best. We can’t wait to see what they tempt us with next. For more info, please visit audemarspiguet.com