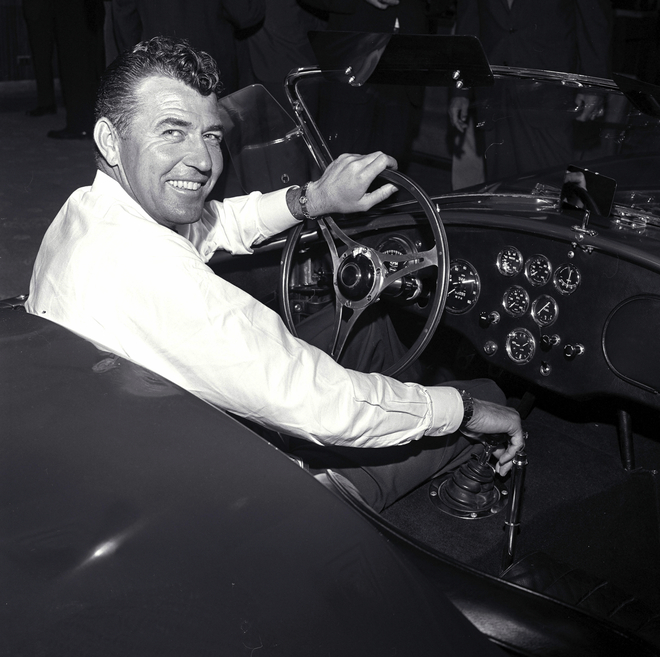 Former chicken farmer Carroll Hall Shelby was one of the most celebrated American race drivers of the 1950s. In 1956 and 1957 he was named Driver of the Year by Sports Illustrated and in 1959 he won the 24 Hours of Le Mans for the Aston Martin team.

After retiring as a driver for health reasons, he started working on his dream to design and manufacture a thoroughbred street and track car. This led him to a small British body manufacturer called AC, who needed an engine for their new car known as the Cobra. Shelby brokered a deal with ford to supply V8 engines for the cars and the rest, as they say, is history. 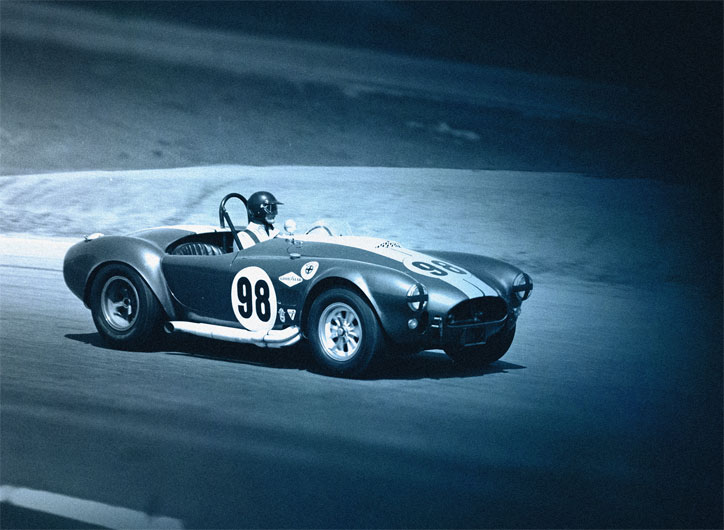 By the 1963 season, the Cobra was dominating the US domestic race series, going on to only lose one race in its first three years of competition. The next challenge was competing for one of the most prestigious prizes in the world of races, the FIA International GT Championship.

To make this possible Shelby partnered with Ford to deliver the new Shelby Cobra, probably the most revered muscle car ever built. Shelby American was crowned the FIA GT champions in 1965 and Carroll Shelby became the first individual to win as a driver, team manager and manufacturer. A feat never repeated in the annals of Motorsports. 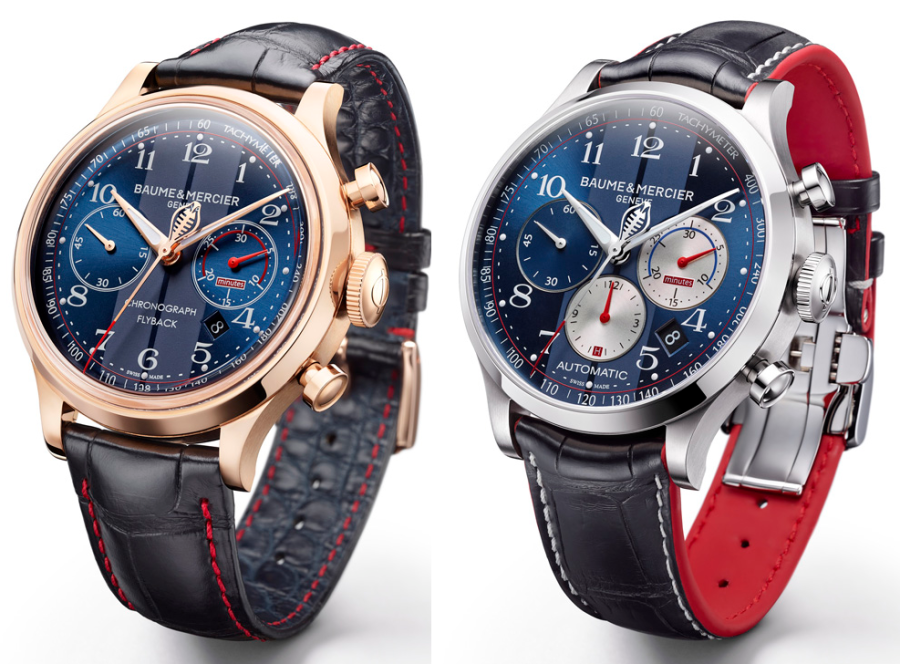 Both versions are housed in a polished and satin finished 44mm case giving the feel of real presence just like the Cobra itself. The dial itself is finished in guardsman blue, Shelby’s famous racing colour, with a gorgeous subtle Shelby double racing stripe running down the centre from 12 to 6.The chronograph sub dials hark back to the golden age of the Shelby Cobra’s dashboard whilst the hands have been designed in the shape of the Cobra steering wheel. A beautiful iconic Cobra logo adorns the top of the seconds hand with red tip. The date window is placed between 4 & 5 with small white on black numerals, personally I would have liked to have seen the date window at 12 O’clock giving it presence instead of looking like an afterthought. The only dial difference between the two versions is that the rose gold loses the hour sub-dial but has the addition of a flyback function. 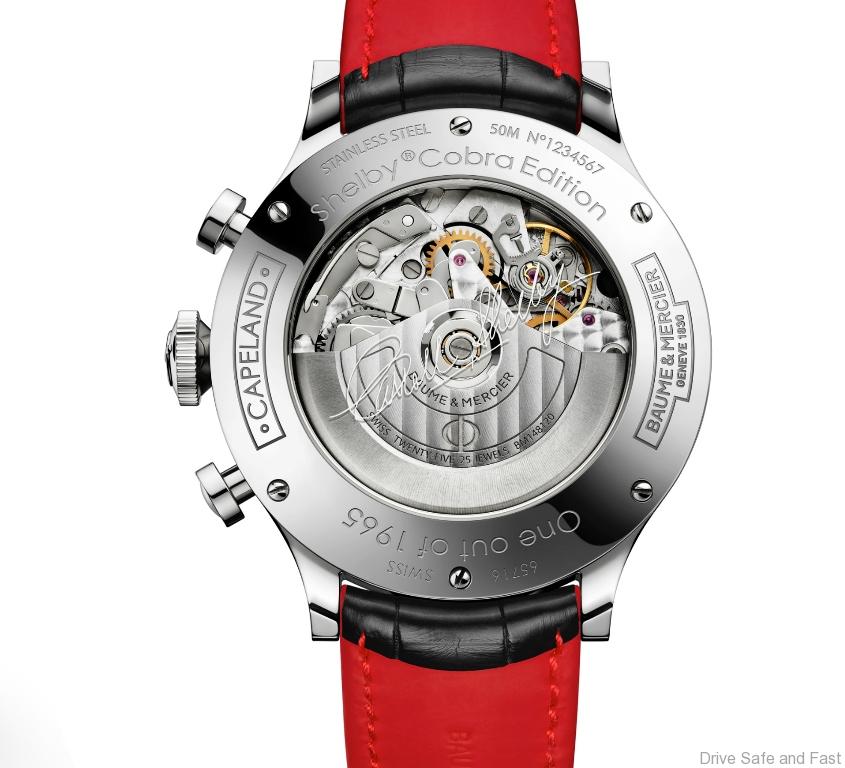 Turning the piece over you are greeted with an exhibition case back with a laser engraved signature of the late great Carroll Shelby on the crystal itself, both watches use the La Joux-Perret self-winding movement but there is a slight difference given that the rose gold needs a slightly larger movement to house the flyback function. The stainless steel houses an 8120 calibre whereas rose gold houses a 8147-2 calibre movement, both have a circular-grained finish with oscillating weight adorned with Cotes de Genève stripes. The beautifully crafted strap is made from black alligator with red calfskin rubber like lining, grey stitching and a superb triple folding clasp with side security pushers.

All pieces in the Shelby Cobra collection will arrive in special packaging with an exclusive miniature of the 427 Cobra, in addition to the brochure and card, owners of the Rose gold flyback will also receive a comprehensive book detailing the history of the famous Cobra.

Prices for the Baume et Mercier Capeland Shelby Cobra are Euro 3,900 for stainless steel and Euro 17,800 for the rose gold, both are set to arrive in stores from June. 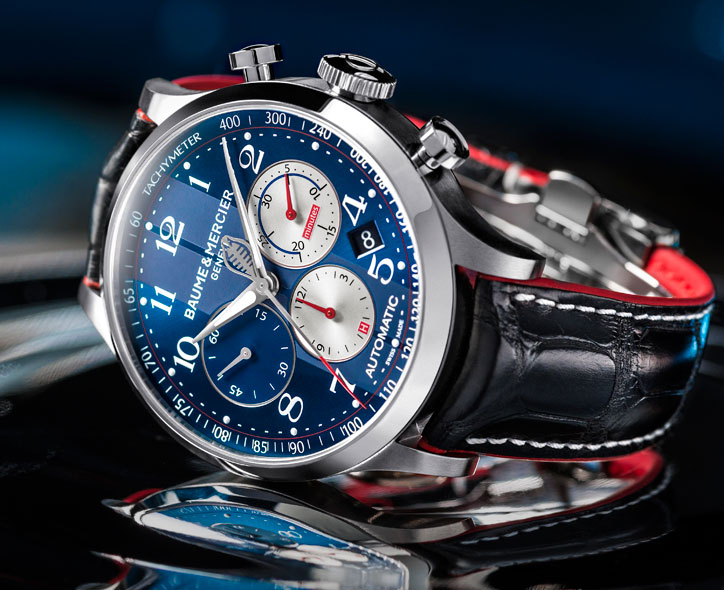 Sometimes when I hear about collaborations between car makers and watch manufacturers my heart sinks because the collaborations don’t always work, but this is different. It seems like a match made in heaven with the sporty feel of the Capeland range coupled with the raw power and energy of Shelby really works and I’m sure they won’t stay around long when released much, like the Shelby Cobra. For more info, please visit baume-et-mercier.com

“Yesterday is history. Tomorrow is a mystery. So live for today.”
— Carroll Hall Shelby

John Galt caught the horology bug back in 2010 on his first visit to a London watch show and has snowballed since; John has become an avid writer and blogger of timepieces of all kinds, from everyday timepieces to modern Luxury HauteHorology, his favorite brands being HYT and GreubelForsey that push the boundaries of modern watch-making. John keeps a keen interest in the UK watch scene with their many emerging brands and timepiece’s. John Galt currently contributes watch related articles for online publications in the UK and USA. You can follow John on Twitter @johng73 Read his articles here.