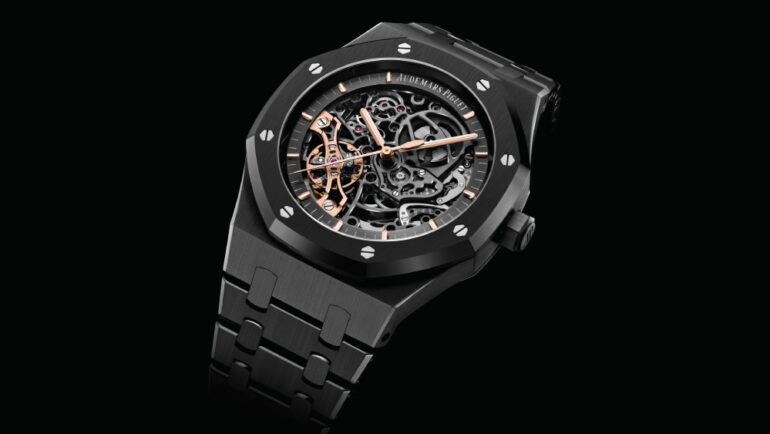 Audemars Piguet demonstrates it's the master of ceramic.

The Royal Oak Double Balance wheel is one of my favourite models in the entire AP lineup. It’s been as work of pure scientific art since its inception, and most of that is down to the skeletonised dial and the gold balance bridge. This new watch presents a demonstration of Audemars Piguet’s mastery of high-end horology and materials science. The new case for this watch follows on a theme used in the Royal Oak collection for a few years now. 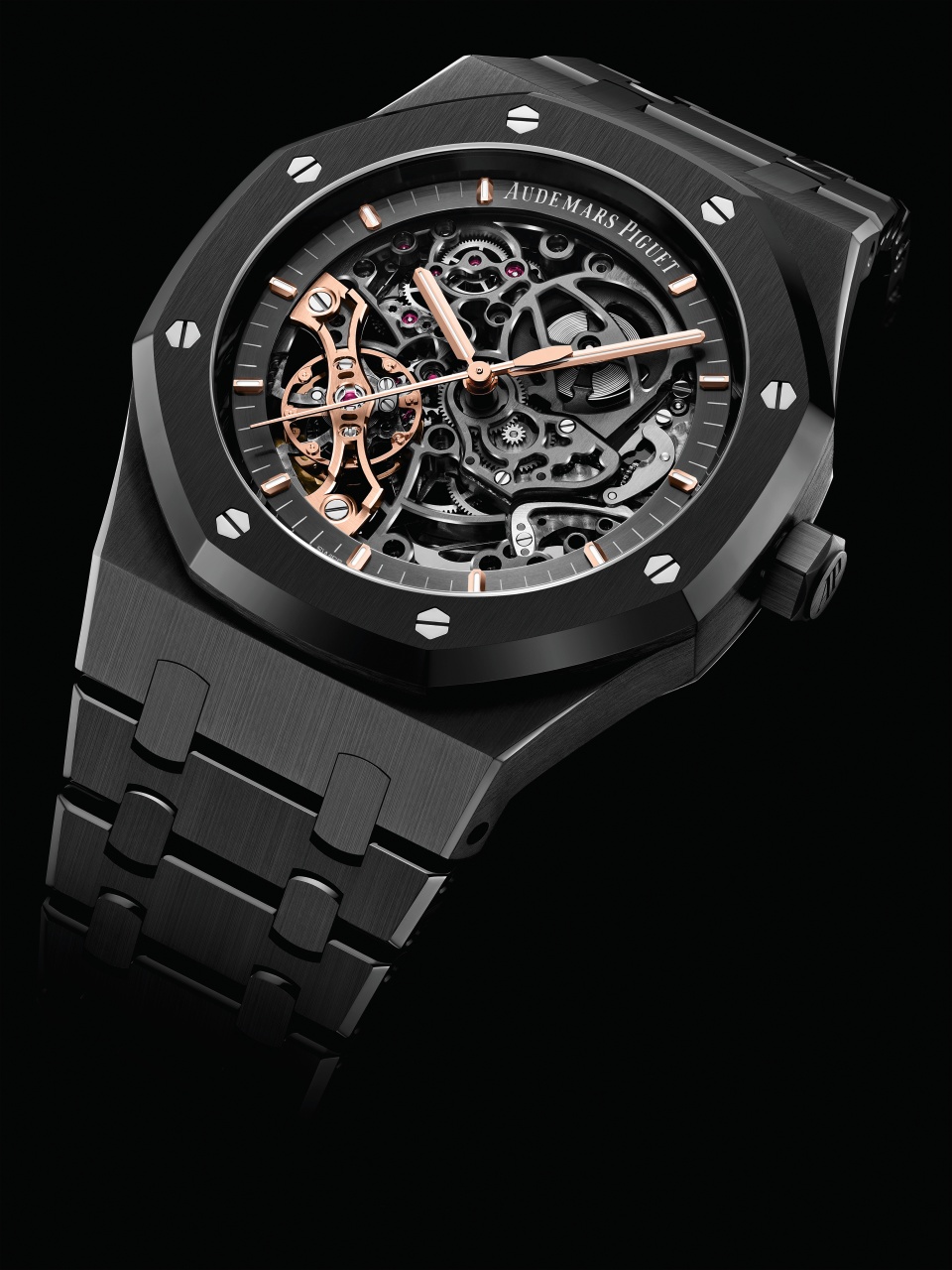 The case and the bracelet of this watch are made from black ceramic. A ceramic case is not that unusual in the watch industry today, many manufacturers have done this, but a ceramic bracelet is quite the rarity (even though we recently showed you the Girard Perregaux Laureato ‘Ghost’ which also comes on a ceramic bracelet). Audemars Piguet has, quite rightly, chosen black for this one, it ties in with the dark tint applied to the movement, or what’s left of it. 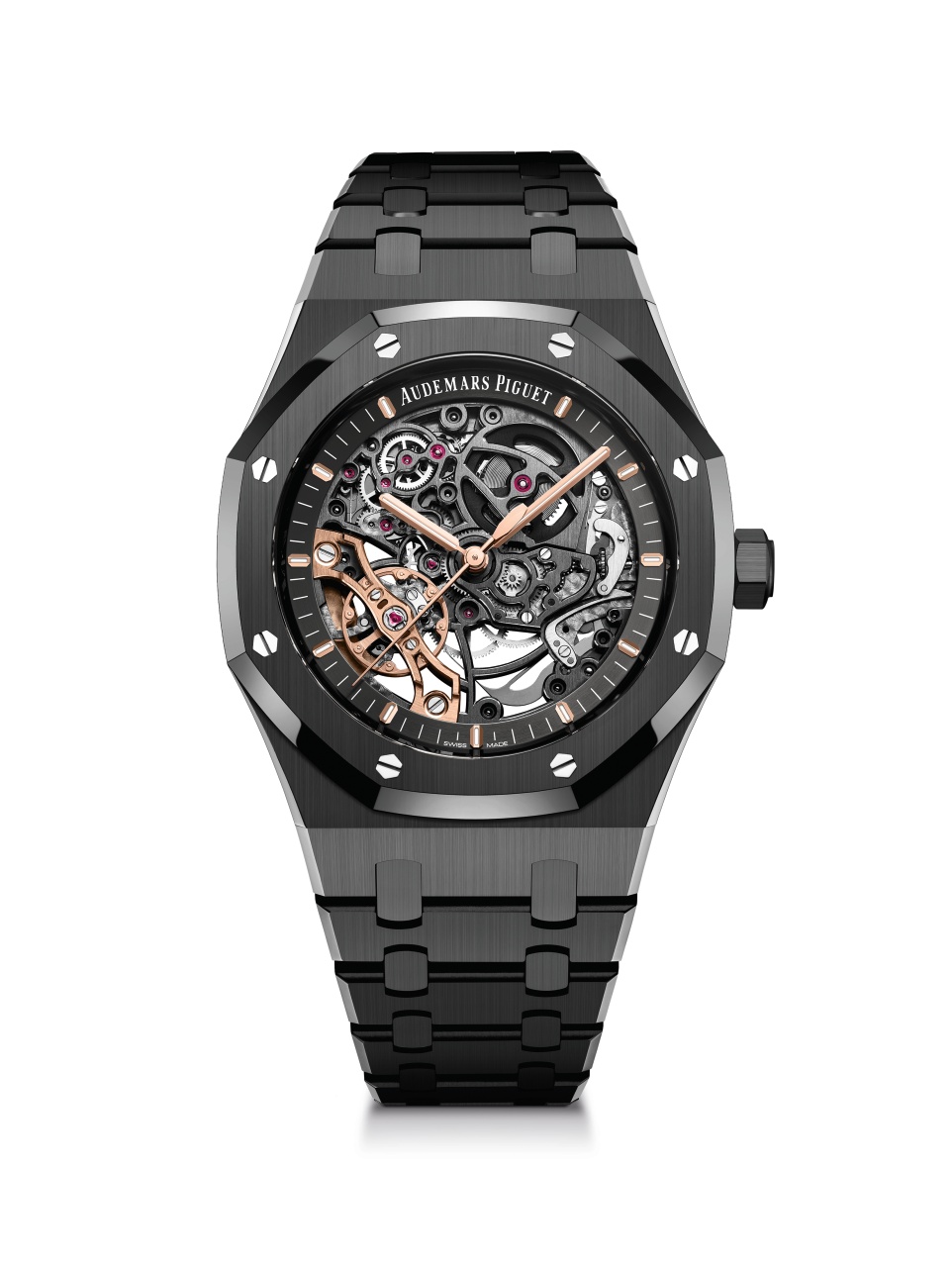 As you can see, a large portion of the calibre 3132 inside the watch is on display thanks to the skeleton dial. Because this movement bears all, it has to be absolutely perfect to look at under a loupe, which means considerably more time is spent brushing every flat surface and polishing every chamfer, and that’s before we get to the mechanics.

This watch is unique in that it has two balance wheels that are stacked one atop the other although they operate independently (despite using the same pinion). As one balance spring expands, the other contracts. Audemars Piguet says their unique and patented system increases accuracy by 30% by averaging out the natural timing variations that trouble a single balance wheel, things such as temperature and the position the balance wheel is currently in. The calibre 3132 comes with a 45-hour power reserve and a 3Hz beat rate, it’s also kept wound-up by a skeletonised rotor visible through a sapphire crystal on the back. The first Double Balance Wheel watches didn’t have the text ‘Audemars Piguet – Double Balancier’ like this one does, so the movement looked to be a little bit dwarfed by the case, it’s nice to see they’ve fixed that issue. 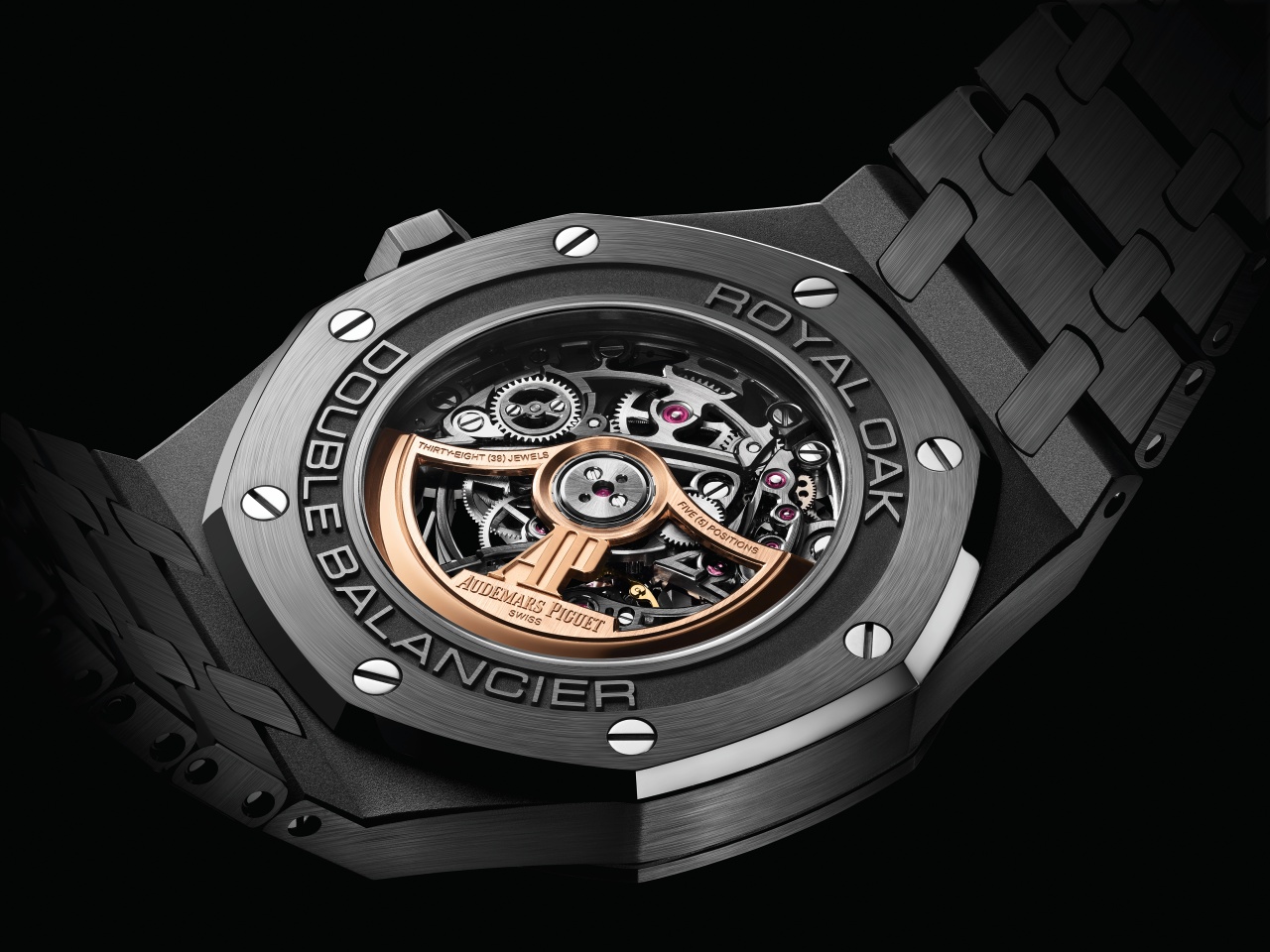 The watch’s case measures 41mm in diameter and features hand brushing and polishing using specialised equipment. The exposed bolts on the bezel are made of white gold to give some contrast to the watch. As you can imagine, it’s not going to be cheap. While the Royal Oak Double Balance Wheel Openworked in steel cost around the $45,000 in 2016, this one will cost you $80,300 before sales tax. That makes it even more pricey than the rose gold version which sat at nearly $77,000 in 2016. If you’re wondering, the price in Euros is €82,200, and that does include the VAT. It’s not limited in production, but making these takes longer so expect availability to be reasonably low anyway.