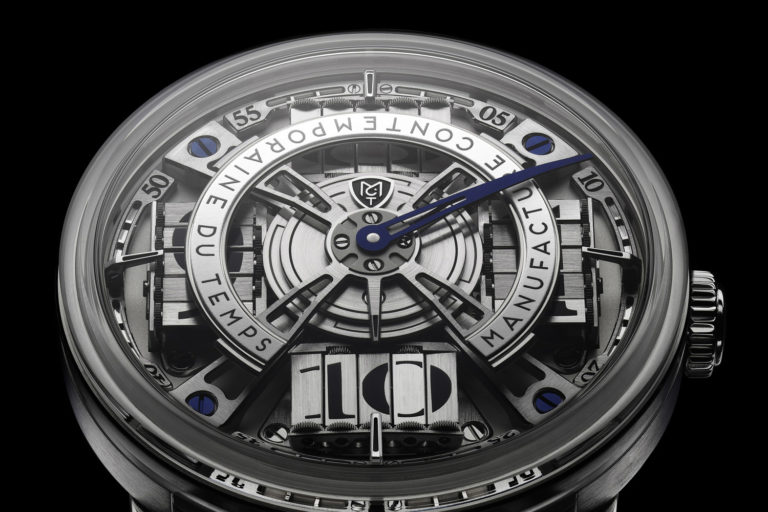 MCT (otherwise known as Manufacture Contemporaine du Temps) is admittedly one of those brands the typical watch collector won’t come across, but one look at their designs, and I’m sure you’d fall in love at first sight. Best known for toying with different approaches of time display, MCT first established itself through its Sequential One which displays time via rotating prisms. For Baselworld 2016, the new releases of their second creation (Sequential Two – first introduced in 2014) aim to provide an improved version across several aspects. 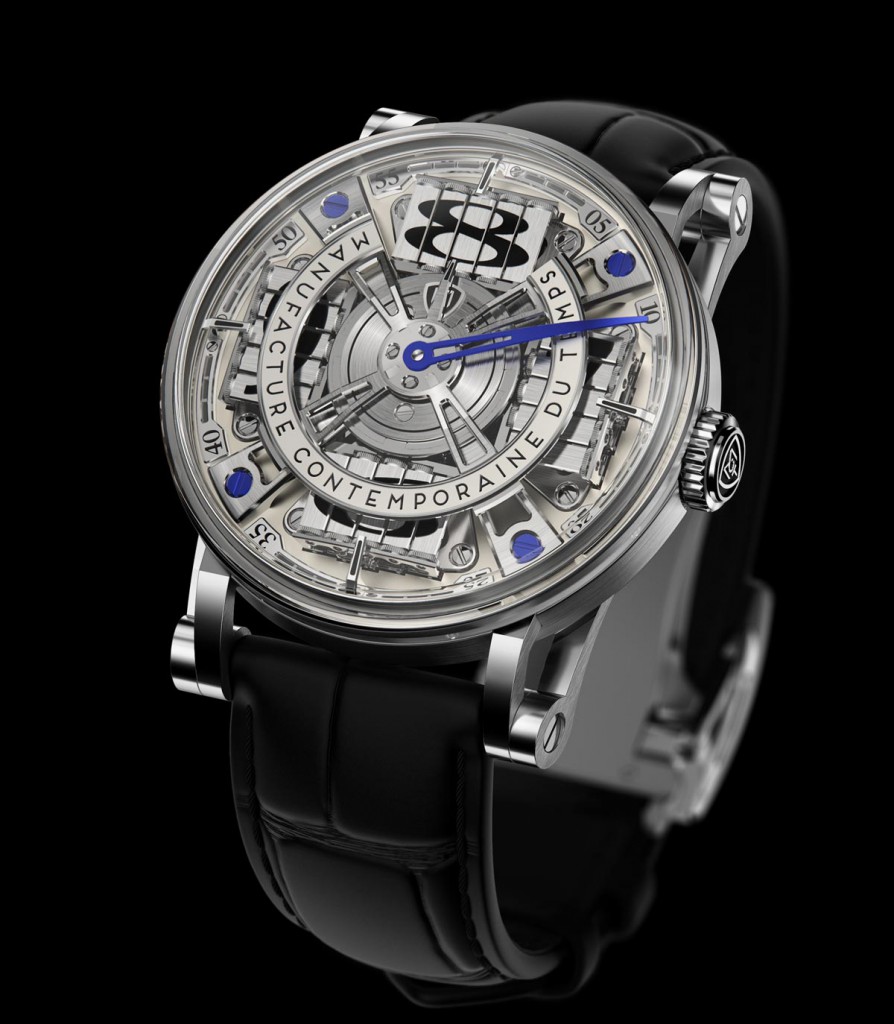 The most obvious difference between the Sequential One and Sequential Two is the shape of its watch case, as MCT realized that a square shaped watch (Sequential One) is something that watch collectors find hard to appreciate, and a round shaped case would have far greater appeal. This watch also solved the main issue of the first watch introduced, having greater legibility of the minute track with the play of contrasting colors. 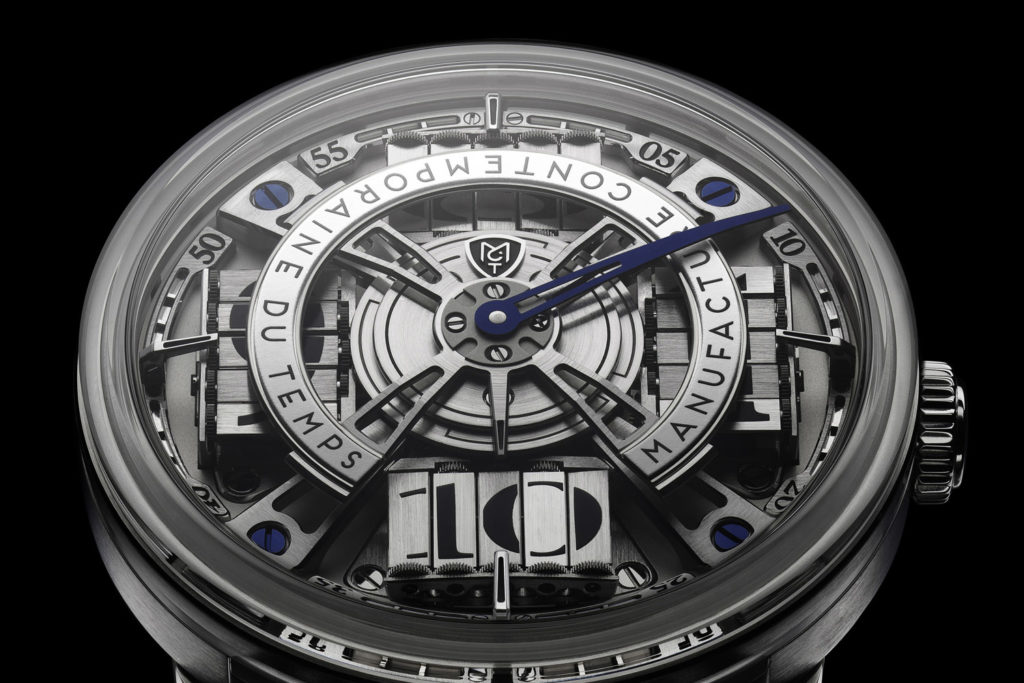 The 2016 editions of the Sequential Two are mainly visual updates, with the dial redesigned in the same concept as the MCT Sequential One S110, while the previous Sequential Two models shared the same design elements as the early editions of MCT Sequential One S100. For example, the background of the Sequential Two S210 dial is now tinted in anthracite or champagne, with a smooth and flawless appearance. The cross-shaped structure in the middle of the dial (a signature of the brand), has also been redesigned to become more “open”, and at the same time, incorporating more architectural elements with sharp edges to better bring out the  “depth” in designs of the watch and to follow the curvature of the sapphire crystal. Similar to the S110, the cross-shaped structure is also affixed to the dial via 4 large polished screws, coming in matching colors with the blue/ black large minute hand. The movement also has an added component compared to the previous models, with the inclusion of a micro-rotor to enable automatic winding of the watch. 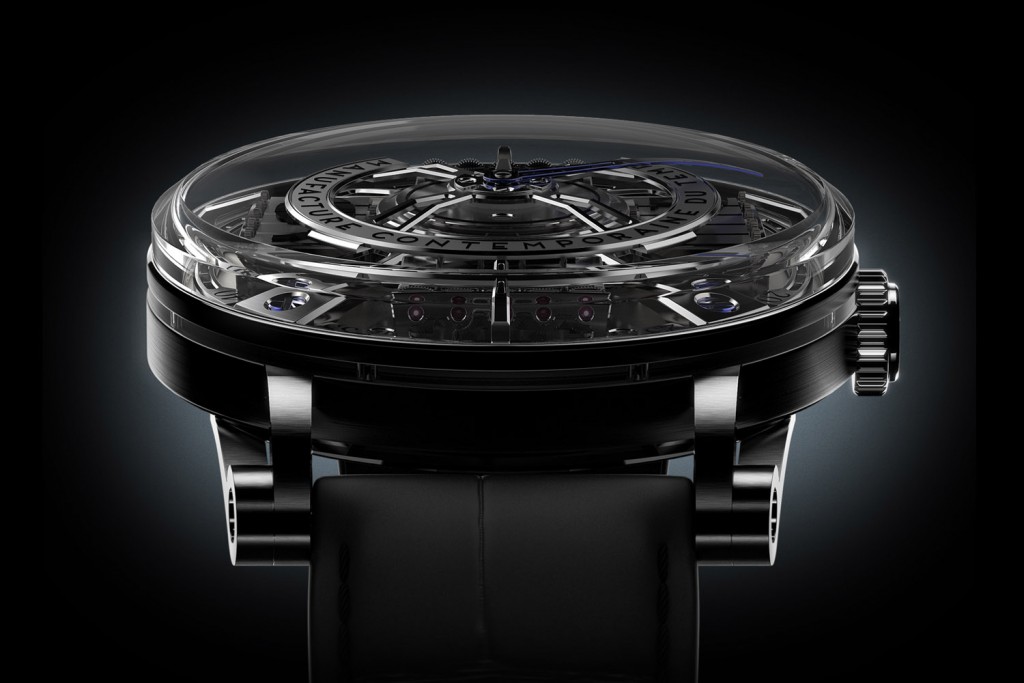 The remaining aspects of the 2016 MCT Sequential Two S210 is in line with the previous editions, such as the 46mm grade 5 titanium case (coated in dark grey on the edition with red accents and left raw on the edition featuring blue accents) and the overall display, namely the 4 modules, composed of 5 rotating prisms, each to display 3 numerals (then displaying all together the 12 hours), a central bridge with cross-shaped structure that jumps every hour to emphasize the current hour and a large central hand (here making a normal 360 degrees run over the dial) to display the minutes. 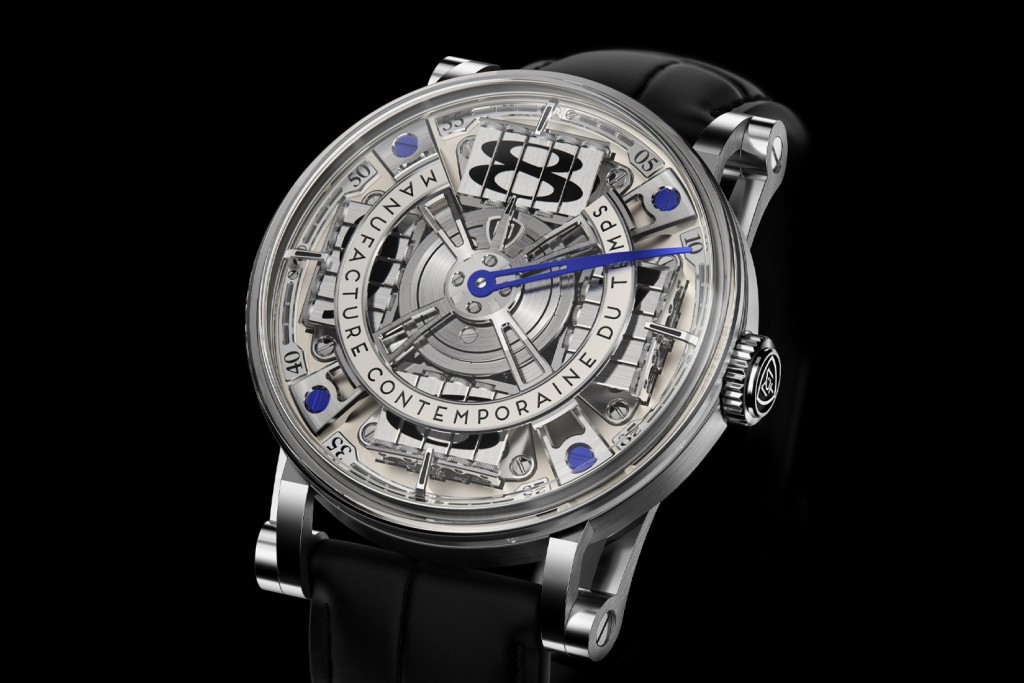 Overall, the MCT Sequential Two S210 watch wears extremely well despite its large 46mm case, mainly due to the short and curved lugs which wraps the watch nicely around the wearer’s wrist.

The MC Sequential Two S210 will be launched officially during Baselworld 2016, with an expected price tag of 85,000 Swiss Francs (before taxes). For more info, please visit mctwatches.com

James Phang is a young watch enthusiast from Singapore and is a self-professed fanatic of independent brands for their unique avant-garde designs. Some of his favorite brands include MB&F, Urwerk, Romain Jerome, Sarpaneva, Peter Speake-Marin and Azimuth. His love for art extends out to all things handmade, and he has made it his personal mission to find the best handmade straps and buckles worldwide for his humble collection. Read his articles here