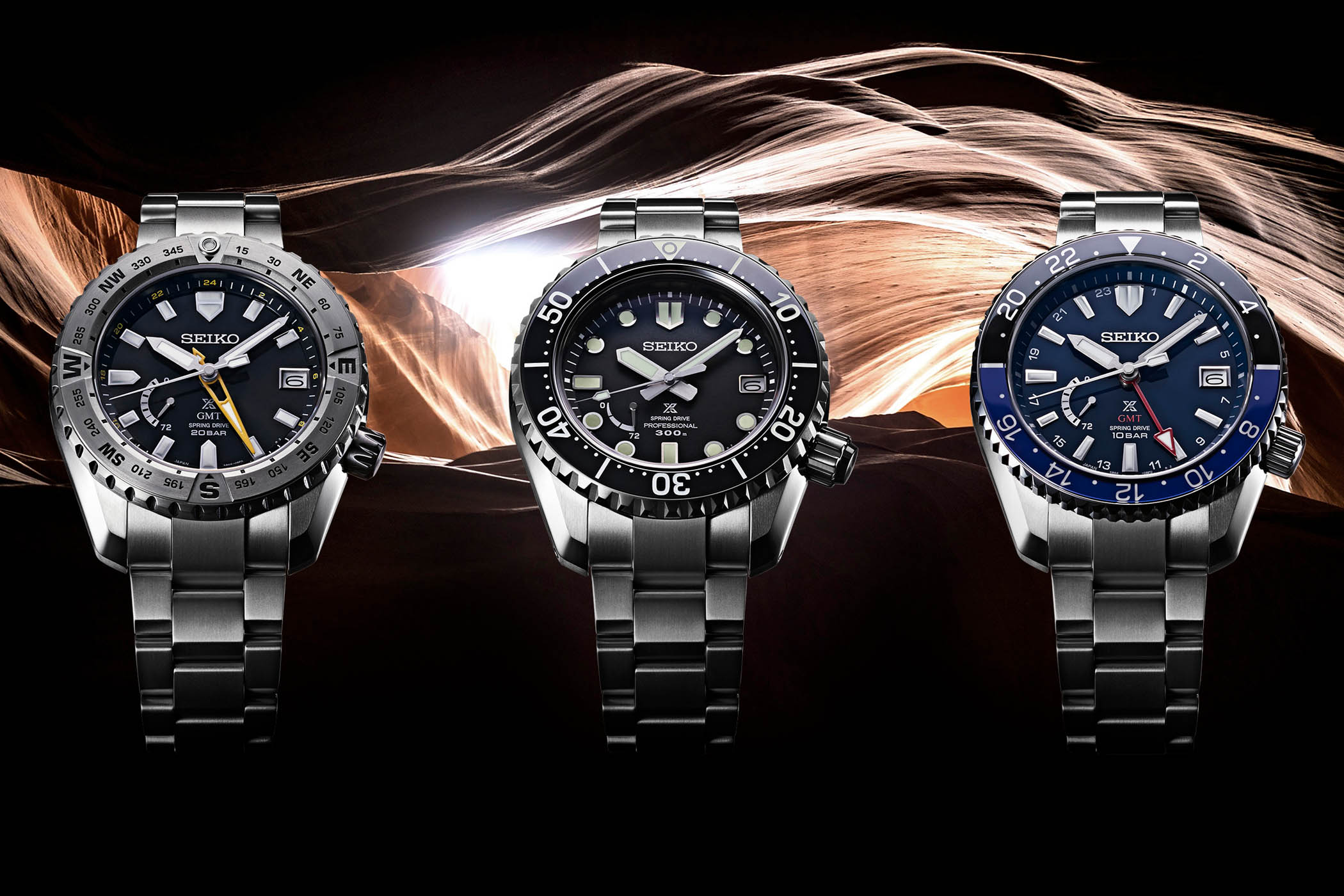 As Baselworld continues in full swing, we take a look at the new Prospex LX line from Seiko, one of the most experienced companies when it comes to making full-on sports watches. The new LX line is made up of 4 GMT models and two more non-GMT watches, which have been split into three collections, all of which have a nice little power reserve on the dial to indicate the reserve in the spring drive movement. That’s right, spring drive.

The Prospex LX line of watches was designed in collaboration with Ken Okuyama of Ken Okuyama Design. For those who don’t know, Ken Okuyama was the designer behind the 4th generation Chevrolet Camaro and the first Honda NSX, although when he worked for the legendary design house Pininfarina, he oversaw projects such as the Maserati Birdcage 75th concept and the Ferrari Enzo. It seems then that Ken Okuyama is a bit of an unsung hero in the world of design, and now he has turned his focus on to Japanese watchmaking. The new model is said to “take the unique inheritance and integrity that Seiko has built-in sports watches over the decades and to bring them alive in a design that has simplicity, harmony, power and presence“.

The idea behind the collections is that there is a Prospex for each of the three levels of the Earth: land, sea and sky. The land watches (ref. SNR033 and SNR035) are defined by their GMT complication and their textured compass bezel. References SNR033 and SNR035 feature distinctive looks compared to the other models, but they are clearly designed for the rugged rockiness of our land and should hold up well to rock climbing.

The sea versions, references SNR029 and SNR031, are three-handed watches designed for professional divers. These watches also have more legible dials with big round markers and large hands. The bezels are sixty-minute bezels as required by ISO 6425, and the watch is water resistant to 300m.

Finally, the sky versions hold the references SNR025 and SNR027. They feature a big triangular tipped GMT hand. If you don’t opt for the stealth black variant, and instead go for the regular titanium model you’ll get a blue and black bezel which is similar to that of the new Rolex BLNR. I have seen the two compared to each other in different forums, and while I do think the Seiko is beautiful, it’s chunkier design is more for use in the field rather than at home timing eggs or some such.