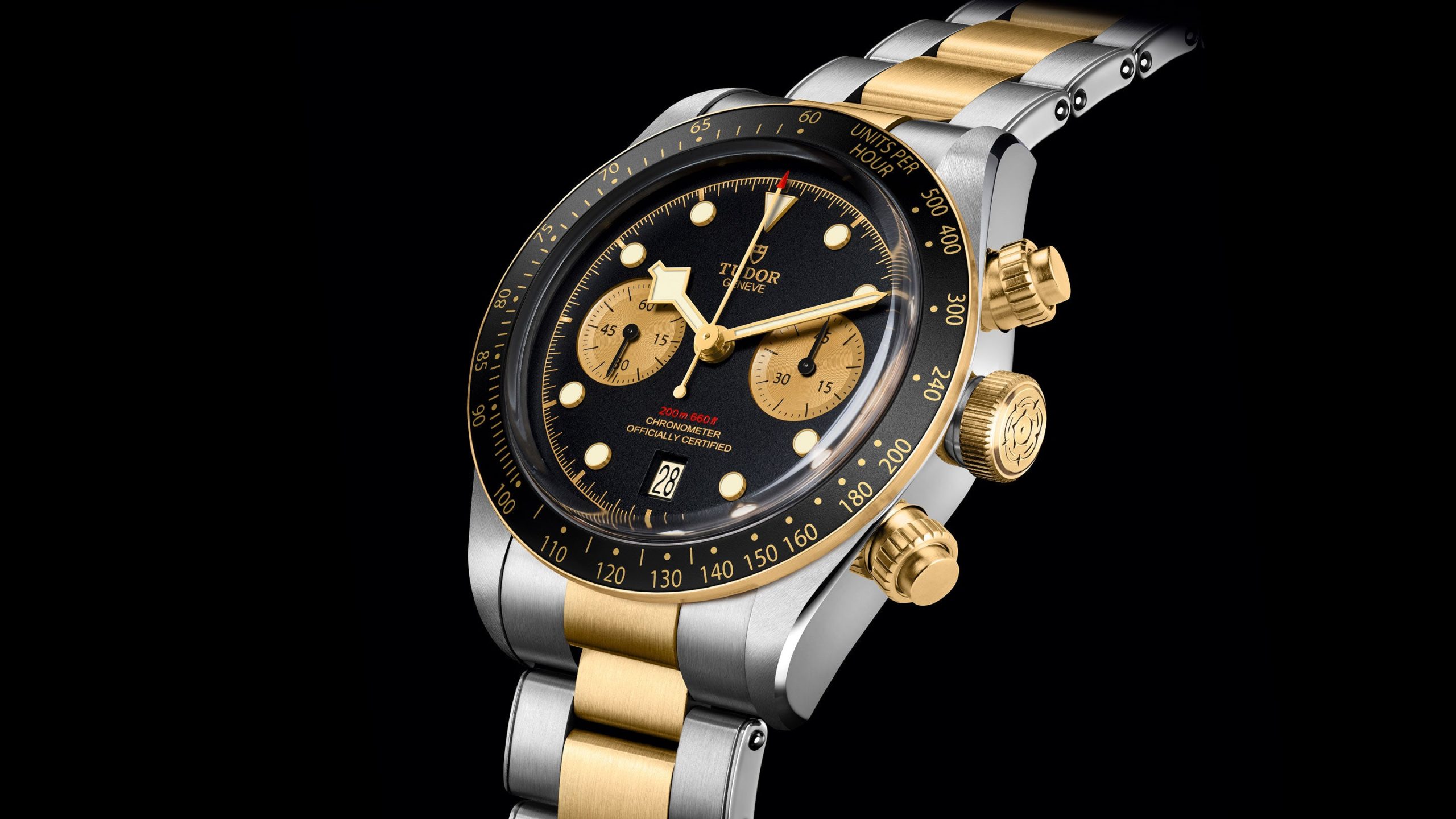 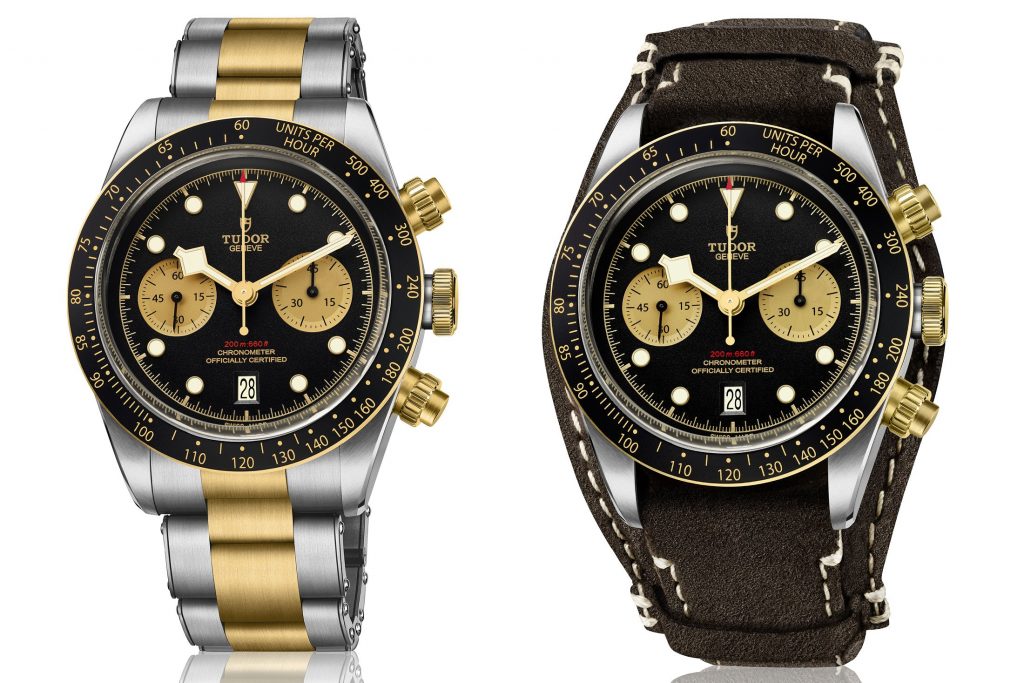 A good two-tone watch needs to be thoughtfully executed and with its prior experience (the Black Bay Heritage S&G), Tudor has done a great job here. The face of the new Tudor Black Bay chronograph keeps the overall legible dial layout of the original intact but almost everything on it which includes the sub-dials, the applied hour markers, the snowflake handset and the minute/chronograph seconds track has now been presented in a golden tone. This adds a lot of warmth to the dial and the golden color also seems to provide a much better contrast against the Matt black dial as compared to the silver used on the original version. One of my favorite details on this dial is the use of red accents which can be seen on the depth rating text and also the tip of the chronograph seconds hand. 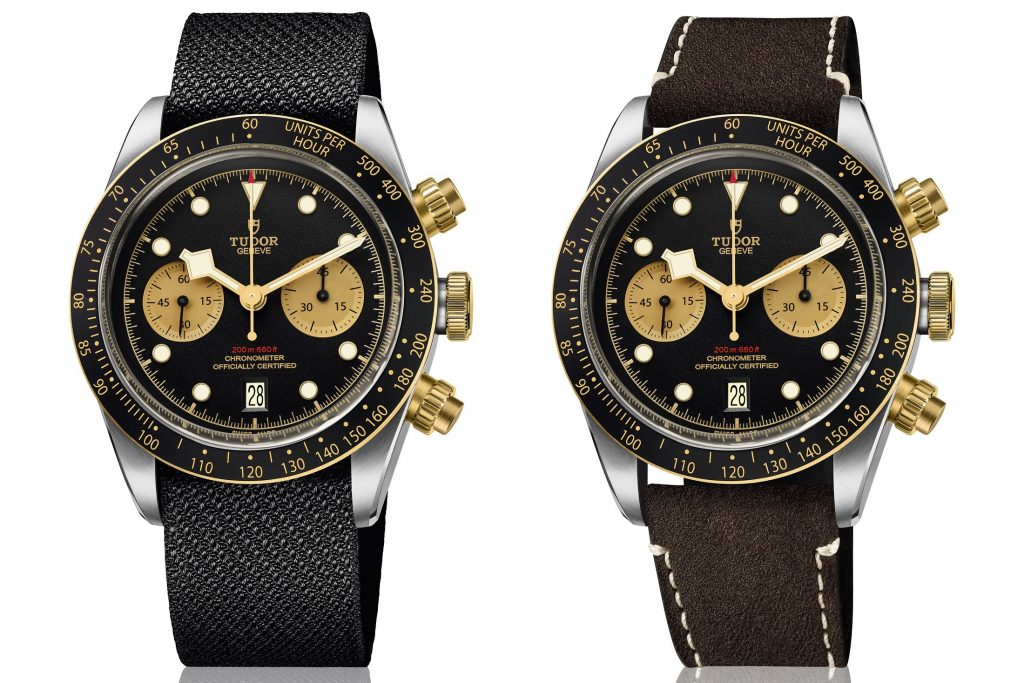 The case on the new Black Bay steel and gold is identical in dimensions to the debut model and is predominantly made of stainless steel but with a few golden touches. The chronograph pushers and bezel have now been rendered in solid gold whereas the crown is simply gold capped. Further to that, you have the tachymeter scale on top of the bezel which also gets the golden treatment. The case is still beautifully finished and offers a healthy water resistance of 200 meters. Powering this watch is Tudor’s MT5813 automatic chronograph Caliber which is basically a modified version of Breitling’s B01 movement. It operates at a frequency of 4Hz and offers a power reserve of around 70 hours.

In all the new Black Bay chronograph gold and steel is a cool looking watch with just the right amount of bling and jazz. The watch would cost $6,800 for the steel and gold bracelet variant and the leather strap version would retail at $5,600.