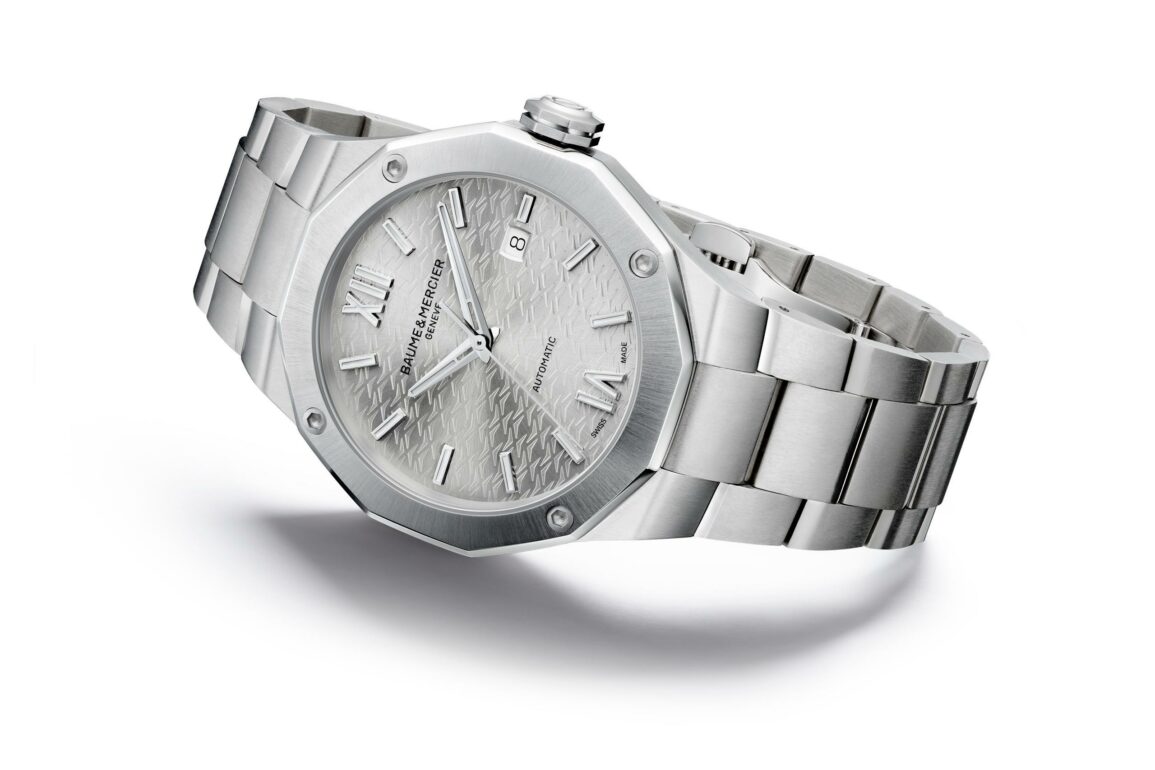 Baume & Mercier introduces some French-inspired luxury to its collection.

Baume & Mercier is the latest firm in the long line of manufacturers to make a line of watches with an integrated bracelet and a Genta-ish design language. I am, of course, referring to watches such as the Patek Philippe Nautilus, Audemars Piguet Royal Oak (both of which are Genta designs) and watches such as Chopard’s Alpine Eagle (influenced by St. Moritz but not explicitly a Genta design). 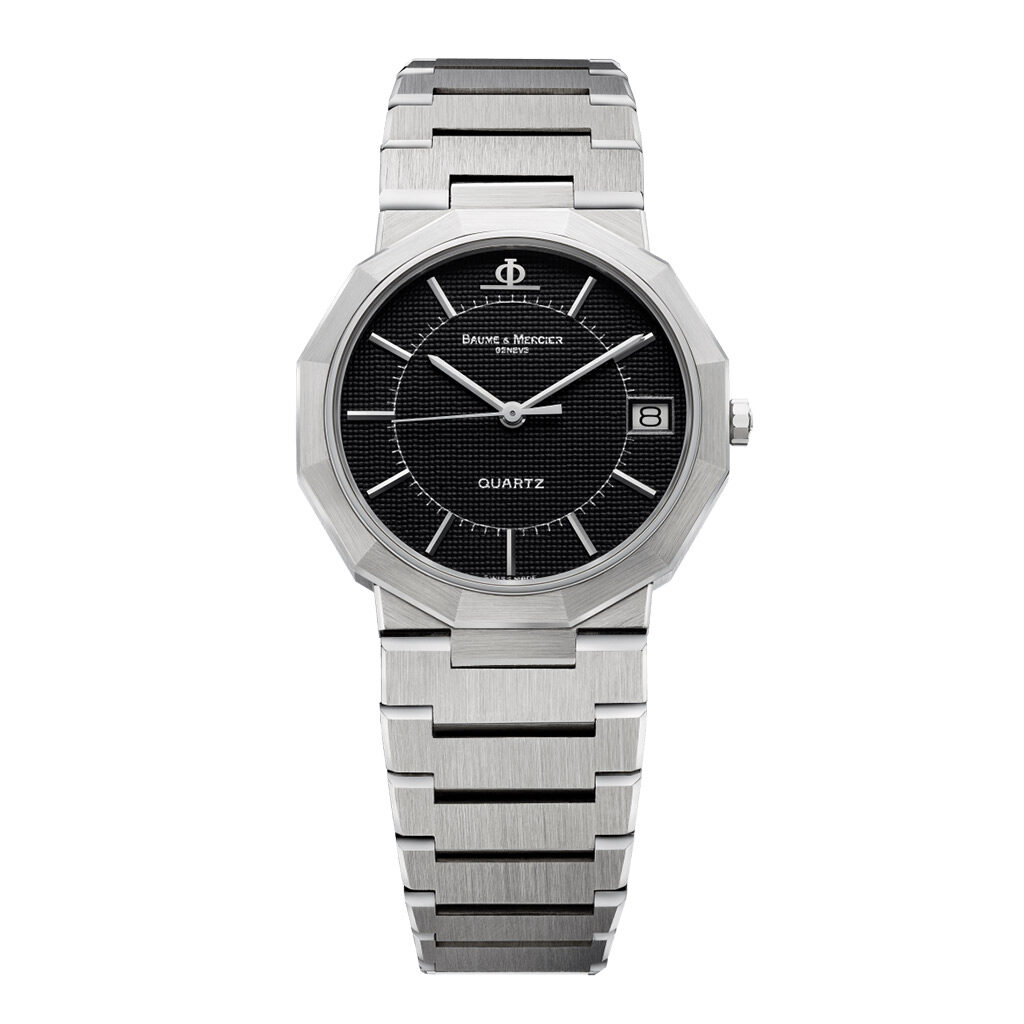 Despite what we’ve just mentioned, the Riviera isn’t explicitly Baume & Mercier’s take on the Genta design philosophy, although you’d be forgiven for thinking that that’s the case. The Riviera is based on a past model, also called the Riviera. It was originally launched in 1973 and is named after one of the most beautiful parts of the world, the French Riviera, it took on the elegance and sophistication of the area at the time.

I’ll say, the new design doesn’t seem as elegant and sophisticated as it used to. The watch is sized at either 36mm and 42mm, depending on which you go for. There are five variants of the larger sized watch. Two of them feature an in-house Baumatic calibre, which has a 4Hz beat rate, a 5-day power reserve and a 1500 Gauss resistance rating. They come with dials that are nearly opaque but allow a view of the Baumatic calibre, with either a smoky blue colour and steel case and a smoky grey dial with a black ADLC case. The price for the blue dial with steel bracelet is €3600 and for the black ADLC version with rubber strap is €3900. 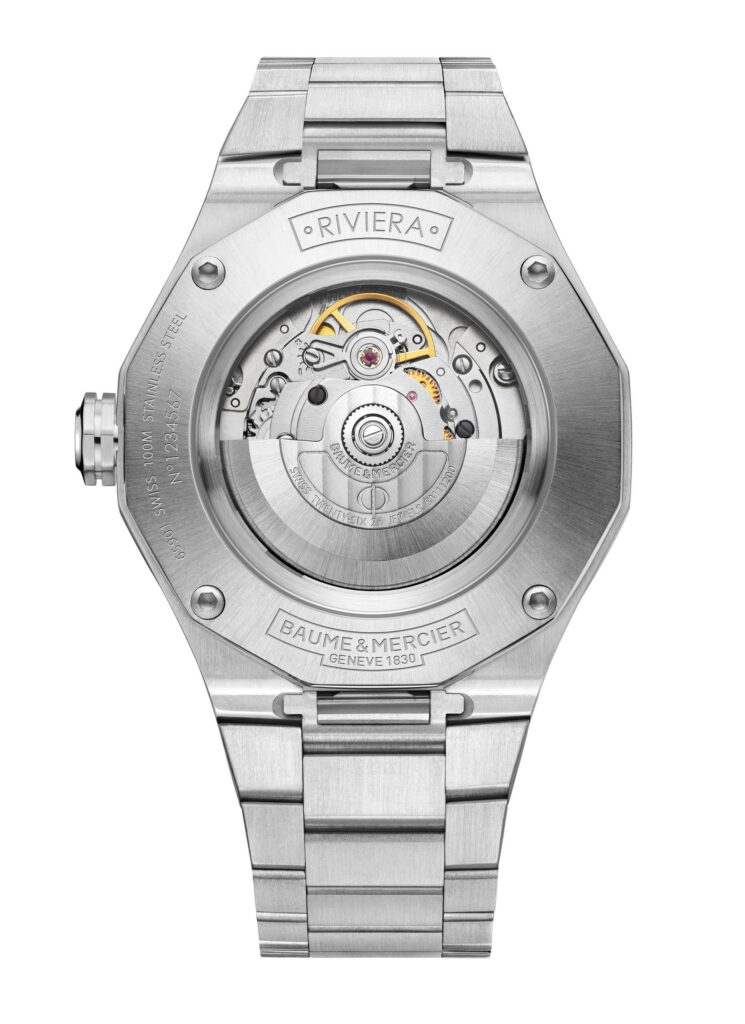 The other three models feature opaque dials with a wavy texture (this wavy texture is also on the above models, printed on the glass dial). Inside these watches is the Sellita SW200 calibre with a 4Hz beat rate with a 38-hour power reserve. These watches come with a blue, black or silver dial, with or without a bracelet. For the bracelet version, the price is €2650, and the price is €100 less if you want the rubber strap.