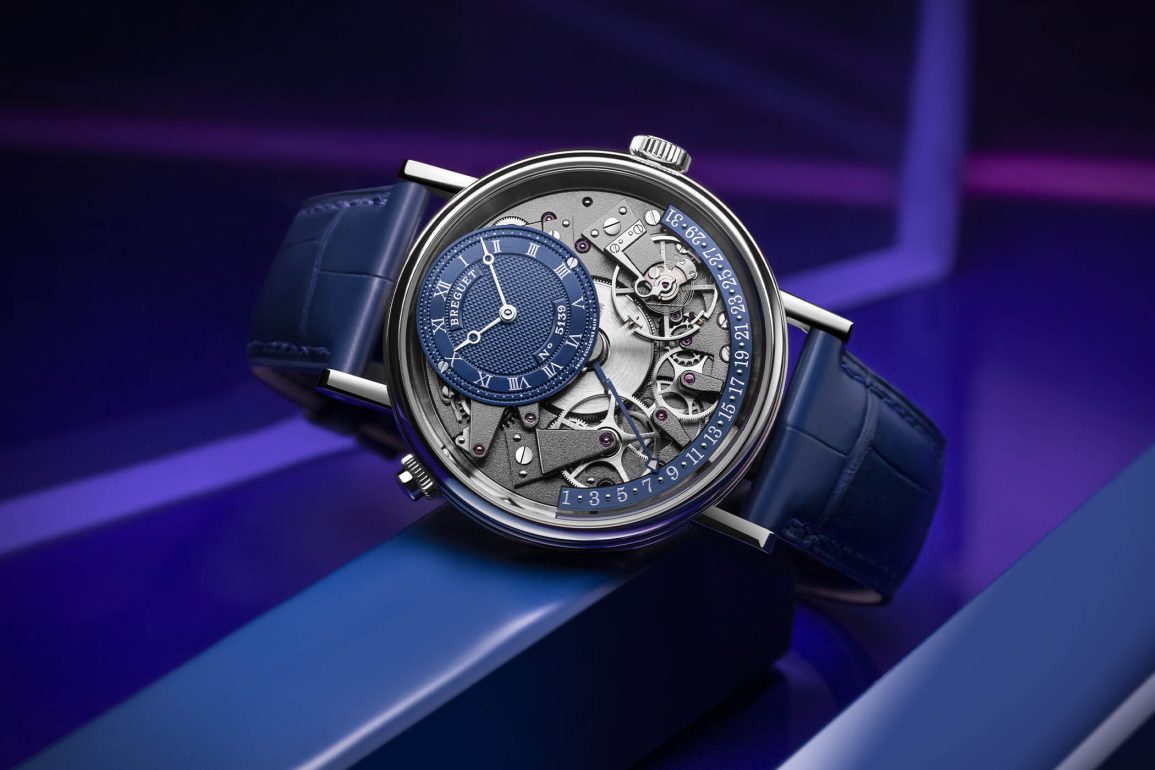 There are many that attempt to recreate designs of the past whether those designs are of cars, boats, or watches. In the category of watches, many try to bring back the models of their maker’s history, but few can then adapt that design to today’s watches so perfectly. Usually, there’s a little bit here or there that doesn’t quite sit right with me, one little detail that upsets it. Sure, beauty is in the eye of the beholder, but to me, none are on the level of Breguet. Founded in 1775, nearly all of Breguet’s models of today harken back to the designs of the past in some way, perhaps this brand of all is the most in touch with its history. 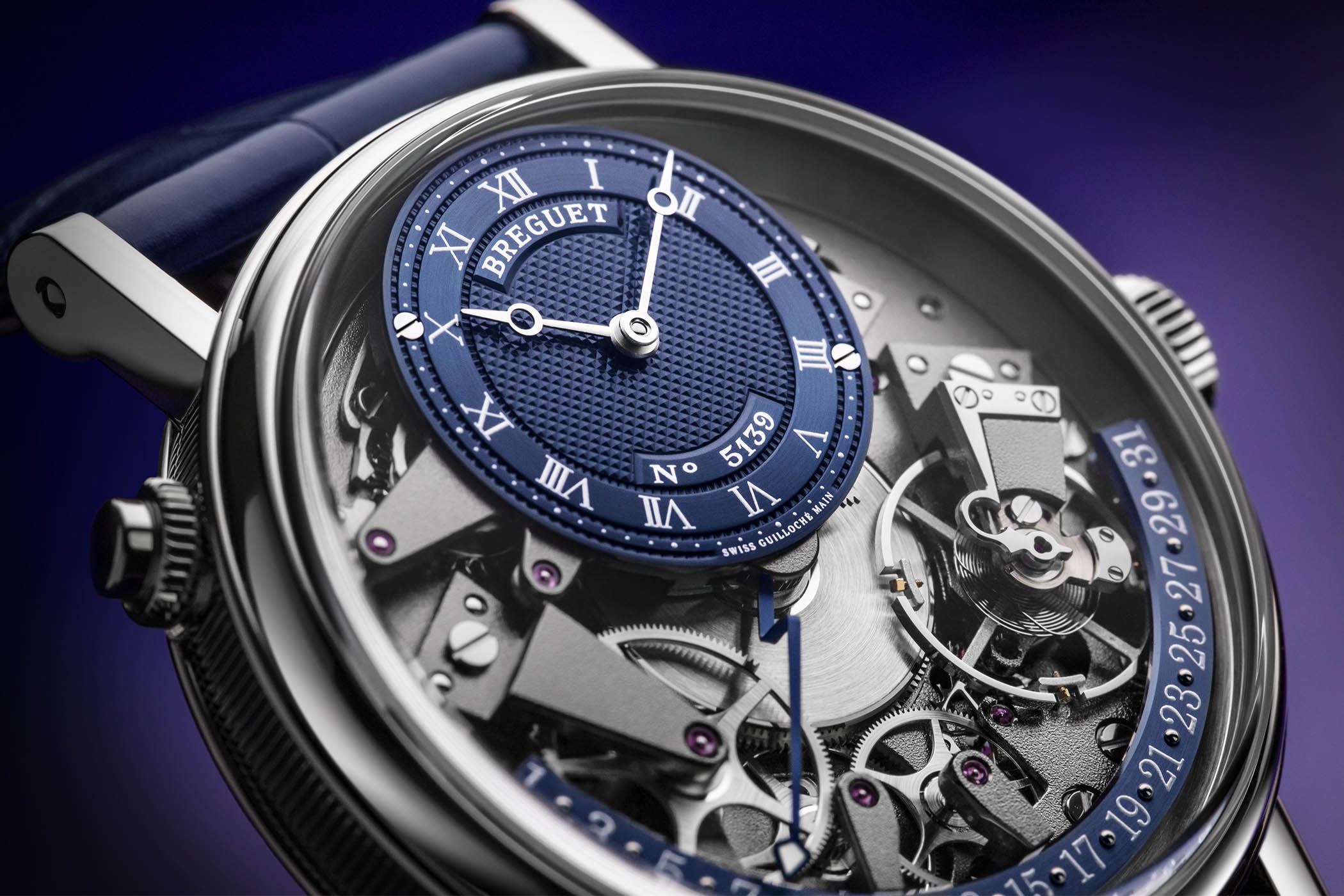 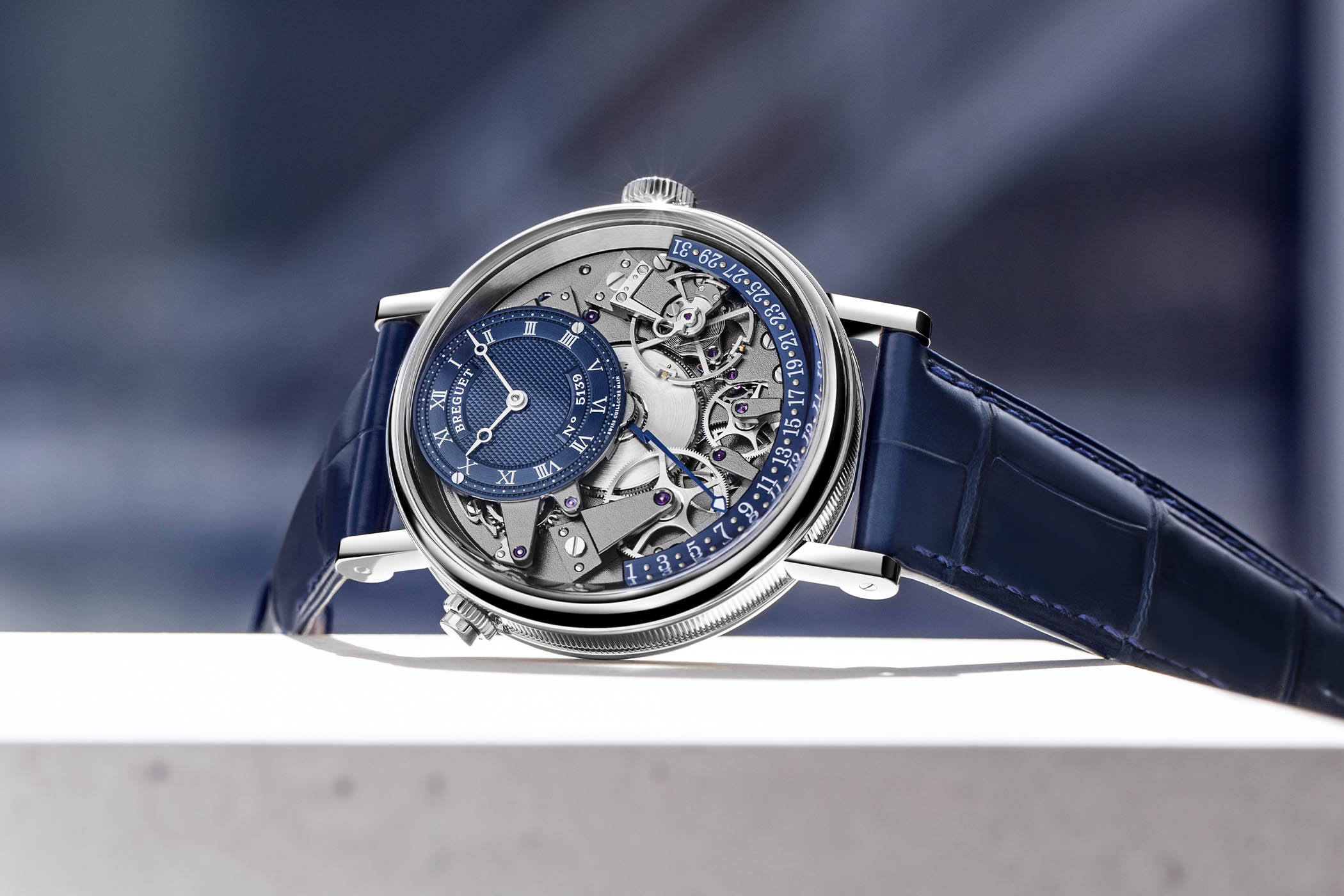 The Tradition is based on an old design from Abraham-Louis Breguet himself, the Souscription, and has been adapted in many forms and fitted many complications. This watch is on the simpler end of the spectrum, but you wouldn’t be able to tell by looking at it. Called the Tradition Quantième 7597, this watch features the time and the date. It sounds fancier than it is if you look at a spec sheet, that’s because quantième in French means calendar which this sort of it. Watch enthusiasts would call a calendar watch something which displays weeks, months and so on, but the date is probably the most useful anyway. 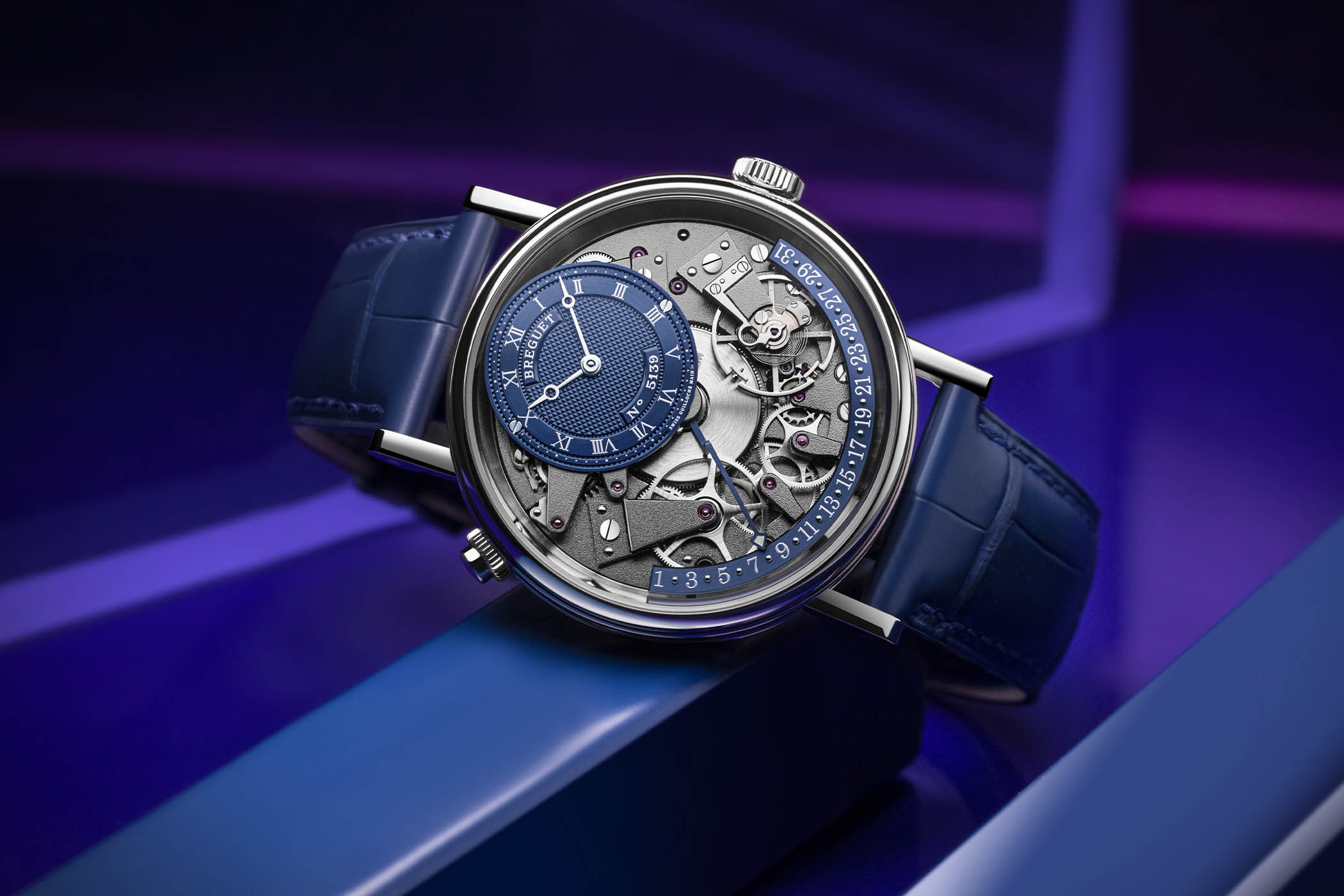 Housed in a 40mm x 12.1mm 18k white gold case, this watch embraces both the past and the future. The dial shows the time and date in retrograde format, meaning the date hand flicks back to the start instead of performing a rotation. Sure it’s a more complicated way of achieving the same thing as a date hand, but it looks better. The blue date track melds well with the blue dial and strap. Usually, I’d say that the blue hand pointing to the date is only tricky to see in press photos. However, having seen a few of Breguet’s other Traditions with blue hands I’d wager this one is borderline invisible too. Still, it really does require a look in person to be sure. 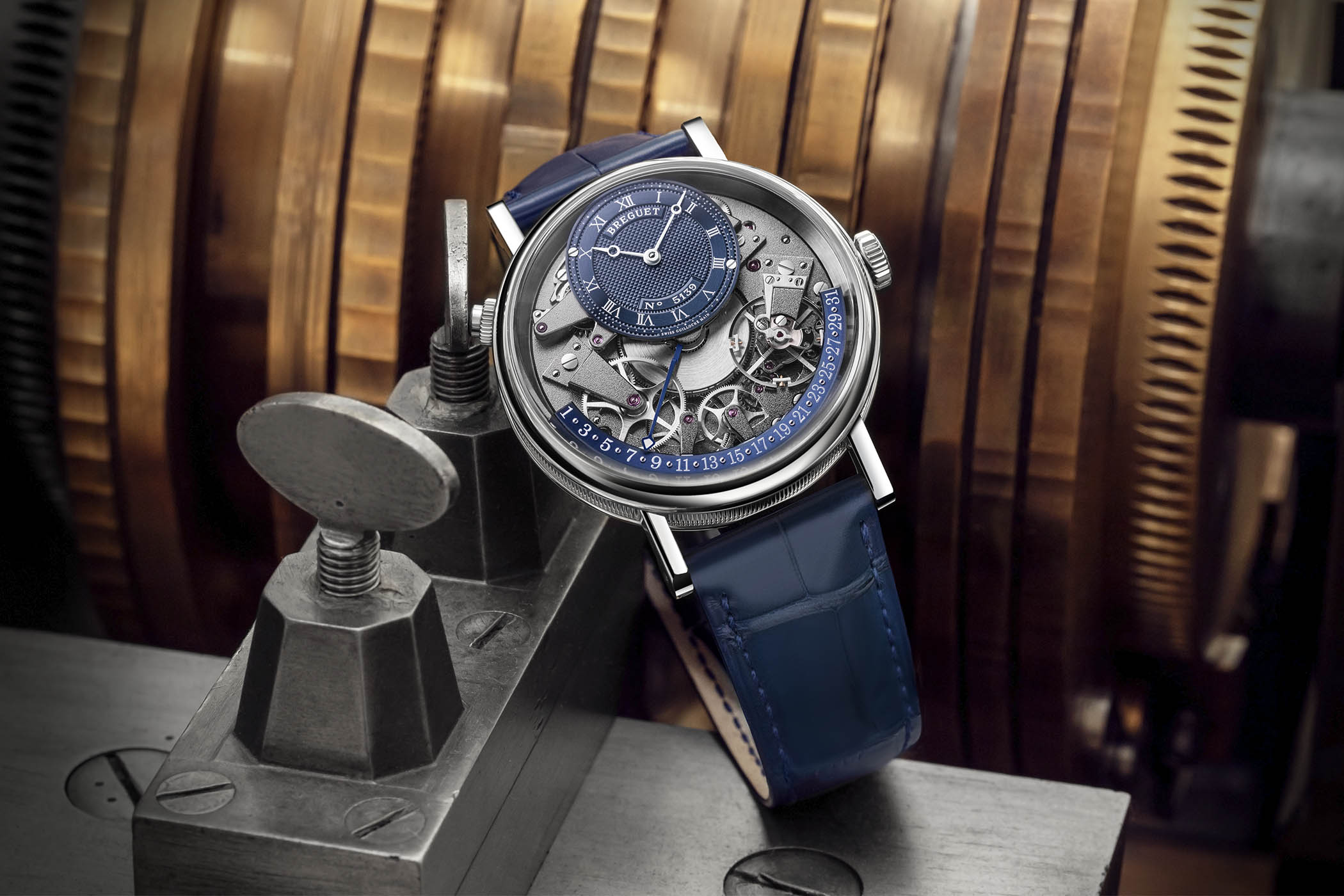 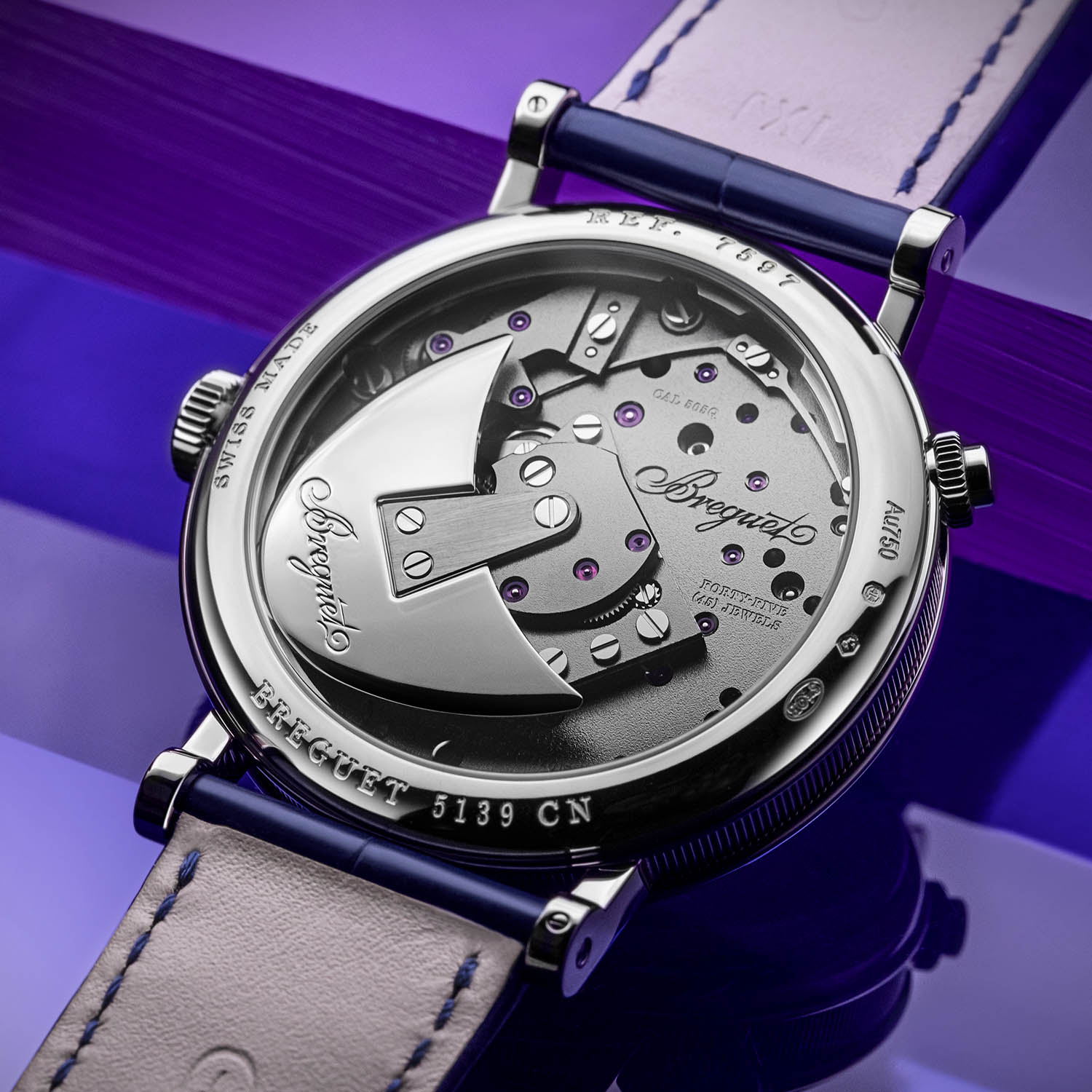 The movement of the watch, the automatically-wound 505Q, is visible on the front and back, although mostly on the front. Visible is the balance wheel and some of the other parts of the going train. Below the time dial is the mainspring barrel, too. Combined with the different textures such as the brushing of the wheels, polishing of screw heads and graining of flat surfaces a lot is going on. However, as with every other Tradition model, every finish compliments the ones around it. On the back is the automatic rotor, it’s styled to resemble the winding mass that Breguet himself developed which featured a mass on a stick moving back and forth a bit. It would be at least a century before the precursor to the rotors we know on watches today would appear. This movement runs for 50-hours and has a 3Hz beat rate.