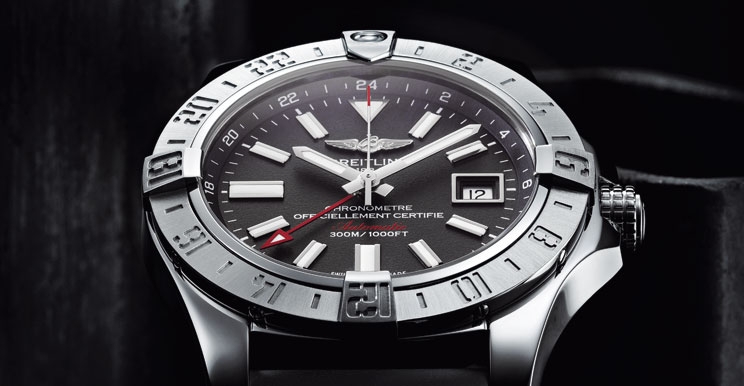 THE AVENGER RAMPS UP THE POWER

As authentic instruments for professionals, the models in the Avenger line have been redesigned in a style that is even more technical, functional and sophisticated. An exceptional look for these trustworthy companions on the most extreme missions.

Absolute power. Steely muscles. Peerless performances. Extraordinary precision. The Avenger by Breitling has been designed to offer a maximum of security and reliability. A maximum of sturdiness and shock-resistance with its robust construction and its substantial lateral reinforcements. A maximum of functionality, with its large screw-locked crown and non-slip grip. A maximum of readability, with its thick glareproofed sapphire crystal and its oversized hands, numerals and hourmarkers.

Breitling now gives a new face to outstanding accomplishments by redesigning the entire Avenger line in a resolutely original style. The slimmer case adopts an even more ergonomic profile. The new stencil-type numerals with their taut, dynamic lines, further strengthen the ties with aviation. The new engraved and satin-brushed bezel is adorned with integrated rider tabs. The readability is optimized by large hands and hour-markers accentuated by a luminescent coating. Titanium casebacks – bearing a conversion scale for Anglo-Saxon metric measurements – keeps the case lighter. 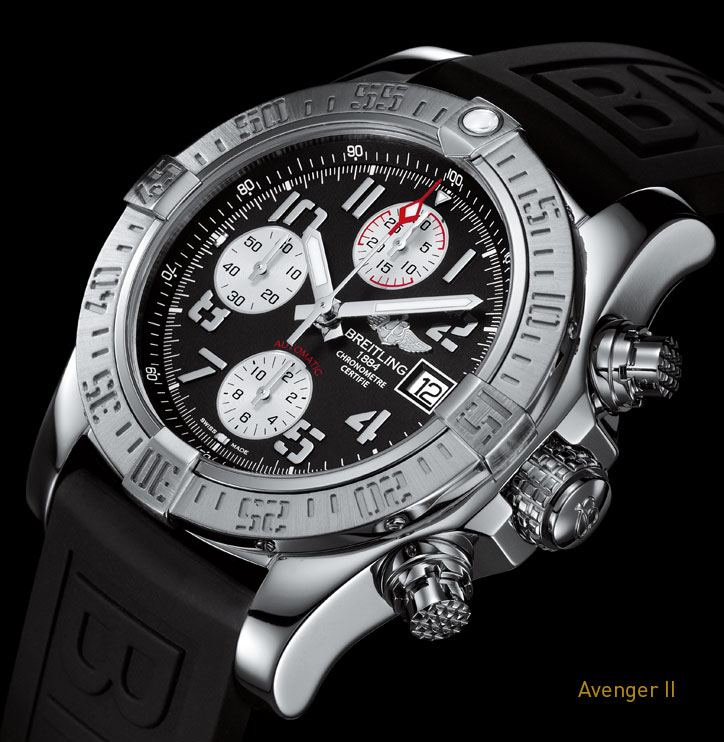 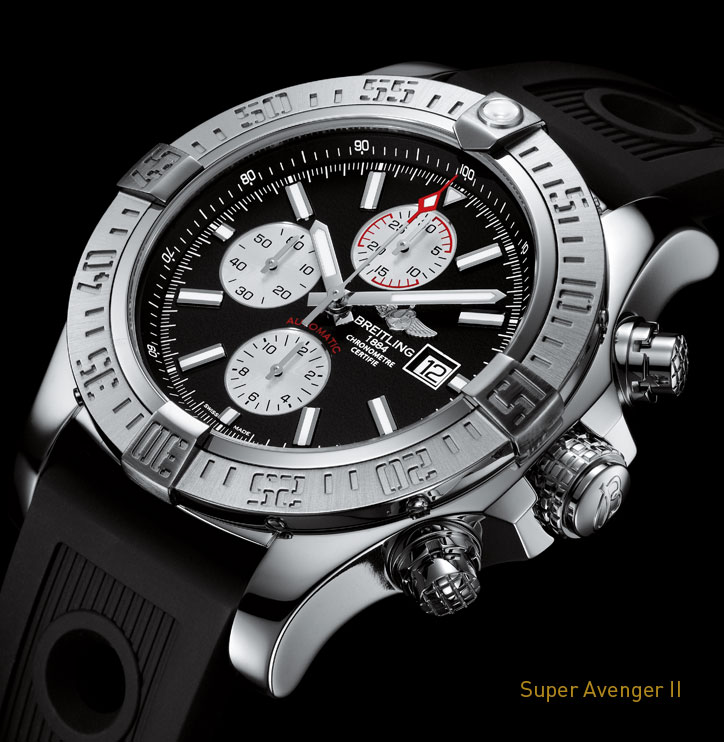 • the professional super-diver model Avenger II Seawolf, water-resistant to the fabulous depth of 3,000 m (10,000 ft) and equipped with a security valve serving to equal out the differences of pressure between the inside and the outside of the case 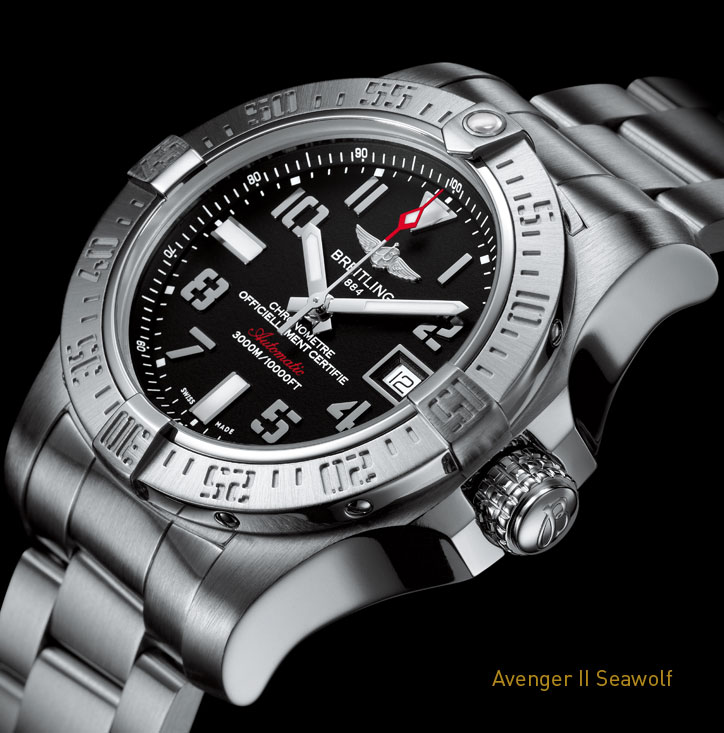 • the new Avenger II GMT, with an extremely practical and readable second timezone display in 24-hour mode, a bidirectional rotating bezel serving to read off a third time zone, as well as water resistance to 300 m (1,000 ft). 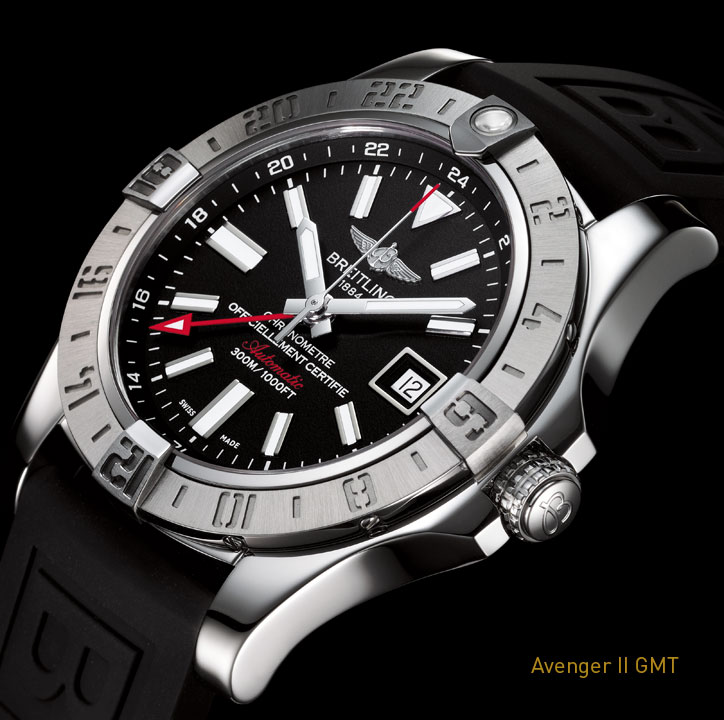 The Avenger models are available in several dial colors, with stencil-type numerals or hour-markers, on a rubber strap or on the new Professional bracelet with redesigned links. They are all equipped with mechanical selfwinding movements chronometer-certified by the COSC, the highest industry benchmark in terms of precision and reliability – and the only one based on an international norm.