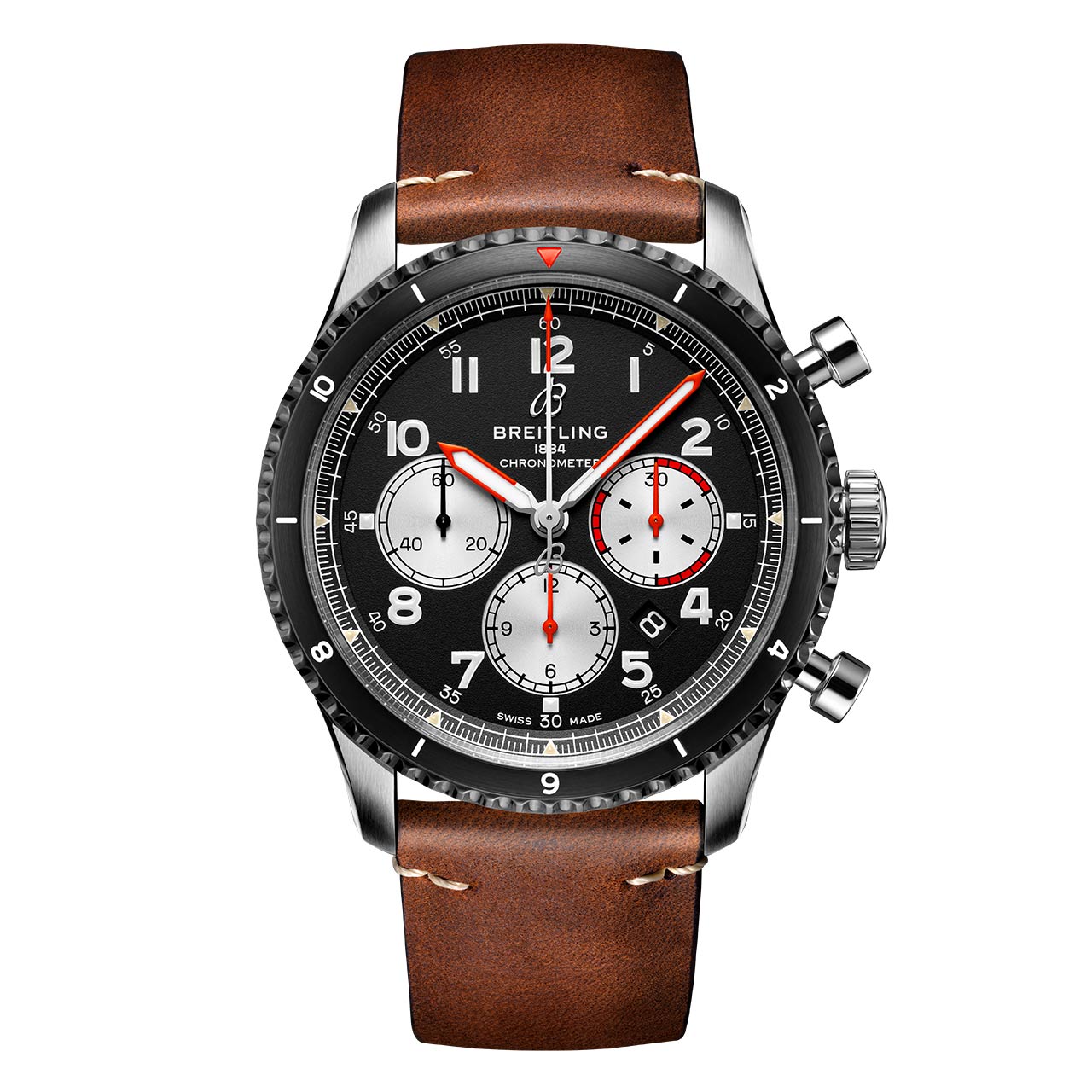 Breitling is synonymous with aviation, it always has been, and it’s been highly regarded by flight professionals the world over for its precision instruments for decades. They’ve been at the cutting edge for decades, too, much like the manufacturer of the aircraft this watch pays tribute to. It’s perhaps one of the most legendary and innovative aircraft manufacturers of all time: de Havilland.

De Havilland’s repertoire includes legends such as the Tiger Moth biplane, Venom, Vixen and the coolest sounding warplane, the Vampire, examples of which make regular appearances across the UK and overseas. Though, de Havilland is known for one plane more than any other. The Comet was the first-ever jet-powered commercial airliner which signalled not only a new age of air travel (the Comet flew from London to Johannesburg via Rome, Beirut, Khartoum, Entebbe and Livingstone in just over 23 hours) but also Great Britain’s ingenuity and air dominance, by the time the Comet appeared on display for the first time American designers didn’t even have jet-powered commercial airliners on the drawing board. It wasn’t to last. 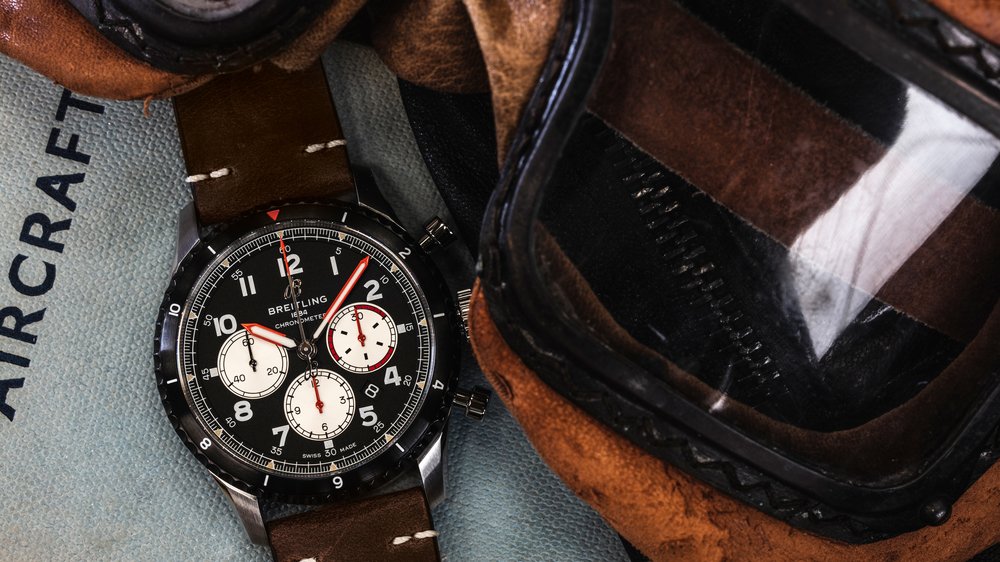 If you visit the historic home of de Havilland aircraft, Hatfield in Hertfordshire, England, the only giveaways that de Havilland existed are some street names, the welcome sign and an art deco hotel named the Comet (named after the 1934 racing monoplane). Though the jetliner from de Havilland was a game-changer, shortsighted engineering led to catastrophic issues. The plane was notoriously difficult to fly for pilots. The hydraulic controls gave no feedback for pilots to judge and make adjustments on take-off and landing. The hull was thin to save weight which caused the metal to fatigue and weaken due to the high-pressure changes. The most critical issue was found to be the design of the square windows, which often led to the planes exploding during flight as the metal became too weak after repetitive use. Though de Havilland did rectify this, by that time it was too late, and Boeing had produced their own jetliner, and de Havilland could no longer keep up.

Though de Havilland doesn’t exist any more, their Canadian subsidiary, de Havilland Aircraft of Canada does and continues to make the Dash-8 aircraft. It’s exciting to think what it must have been like to be the first-ever passengers to fly on the Comet’s maiden voyage, faster than anyone else in a sleek jet plane. Similar to the game-changing Citroën DS, the shape of the Comet is synonymous with retro-futuristic art styles. 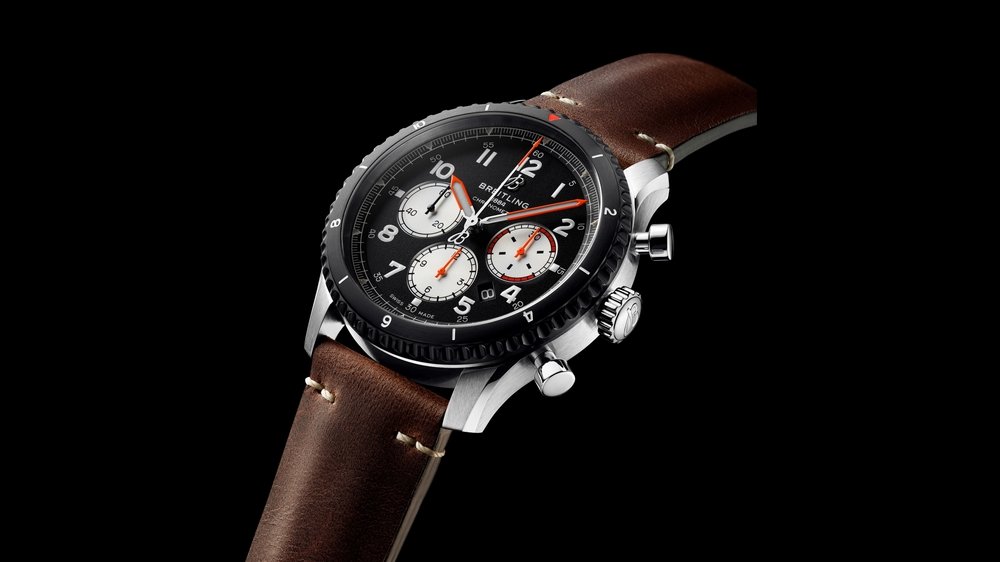 As a manufacturer of aircraft during the Second World War, de Havilland played their part in creating planes for the Royal Air Force to use. One of the most notable of this era was the Mosquito. With a frame constructed mostly from wood, the Mosquito was one of the fastest planes of its day and was capable of being equipped for lots of different roles from night fighting and defending the UK shoreline from incoming Luftwaffe aircraft to photo-reconnaissance and attacking Kriegsmarine U-Boats.

The new Aviator 8 B01 Chronograph 43 Mosquito from Breitling attempts to bring back some of the nostalgia of plucky British lads flying their wooden planes about in the face of the most dangerous war machine in history. Red and orange accents are used on the dial such as the hands and running seconds subdial, they not only provide contrast to the black ADLC coated bezel.

The caseback is transparent so we can see the in-house made Breitling Calibre 01 movement, which has a 70-hour power reserve, a 4 Hz beat rate and 47 jewels. It’s a good looking calibre, and it sits in a good looking watch. I like the idea of the 43mm case size, and I like the contrast between the black dial and bezel and the polished steel case midsection. I like the brown leather strap as well. 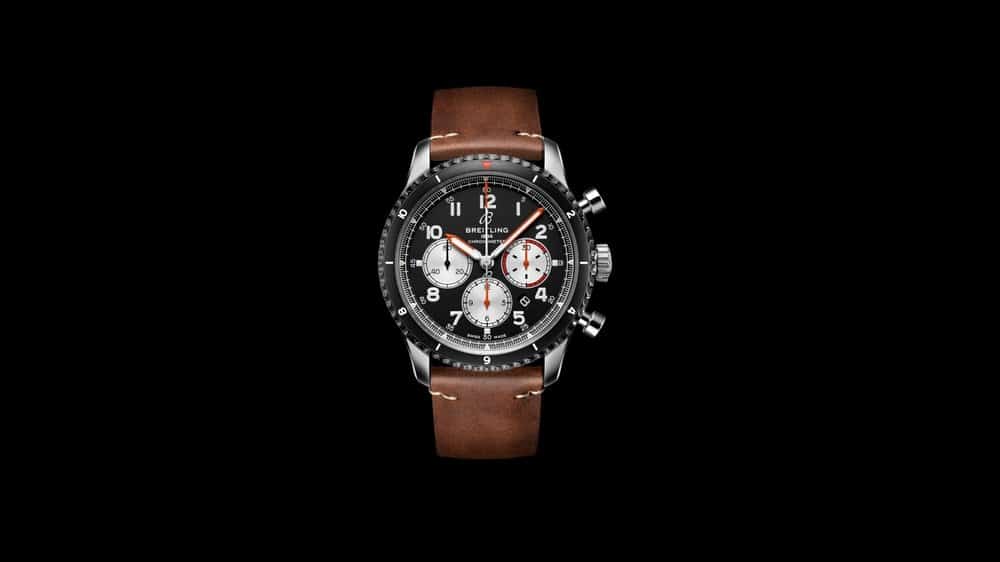 But, I’m a little reserved on the whole reason this is a special edition watch. The Mosquito was a vital plane in the RAF’s arsenal of aircraft, and it performed exceptionally well. I think this watch doesn’t make enough of a song and dance about the Mosquito. There isn’t even a mention of its name on the caseback. You might say that’s Breitling being subtle, but is it? Surely they can pay tribute to something and at least mention the thing they’re paying tribute to. That’s not too much to ask, is it? It seems like they are playing careful, careful about falling down the route Omega took of doing a special edition for every day of the week, but this seems to be too far in the opposite direction. 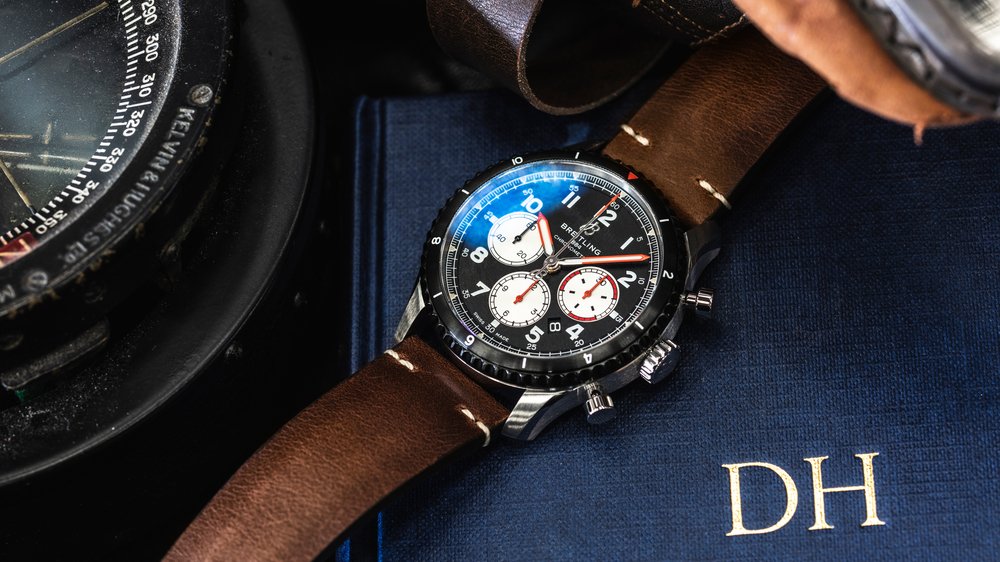