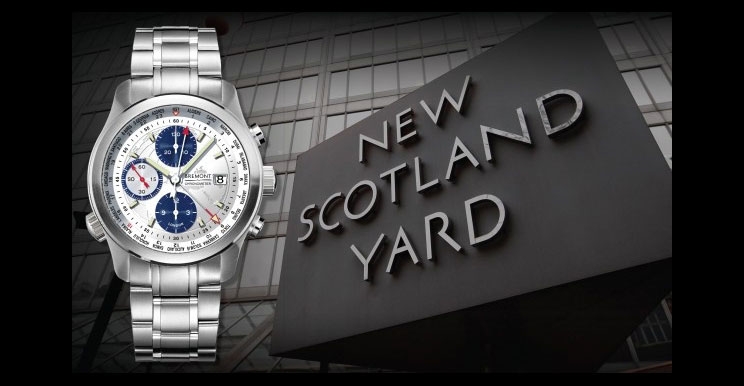 Bremont Develops Mechanical Watch for SO15

Bremont announces that they have been chosen to produce a watch exclusively for the world renowned Counter Terrorism Command, also known as SO15, based at New Scotland Yard, London. The leading British mechanical watch brand will be delivering a beautiful and unique chronometer that has world timer and chronograph functionality. The watch is being purchased directly by SO15 staff and will help commemorate 130 years of Counter Terrorism Policing at Scotland Yard.

The watches will be limited to just 130 pieces and incorporate a number of special design features that make it unique to SO15. The hardened steel 43mm cased watch houses a BE-54AE Bremont GMT chronometer rated mechanical movement and the watch will be available in two dial colours. A 37mm version housing the BE-36AE movement will also be made available to the SO15 staff. Nick English, Co-Founder Bremont: “Bremont is honoured to be involved with an organisation that has played such a vital role in the security of our nation and its capital for so many years. There is such a lovely synergy between the two organisations, especially the British connection.”

In 1883 The Metropolitan Police created what was to become the world’s first Counter Terrorism Unit. Based at Scotland Yard, this team of detectives was given the task of combating terrorist campaigns against London and the rest of Great Britain. Over the last 130 years and despite two attempts to bomb its headquarters at Scotland Yard, the unit has evolved into what is now the Counter Terrorism Command, also known as SO15. SO15 remains alert to the threat of terrorism 24 hours a day, 7 days a week. It can respond to a terrorist attack anywhere in the world at a moments notice and is recognised globally as the centre of excellence for terrorist operations, reactive investigations and forensic recovery.