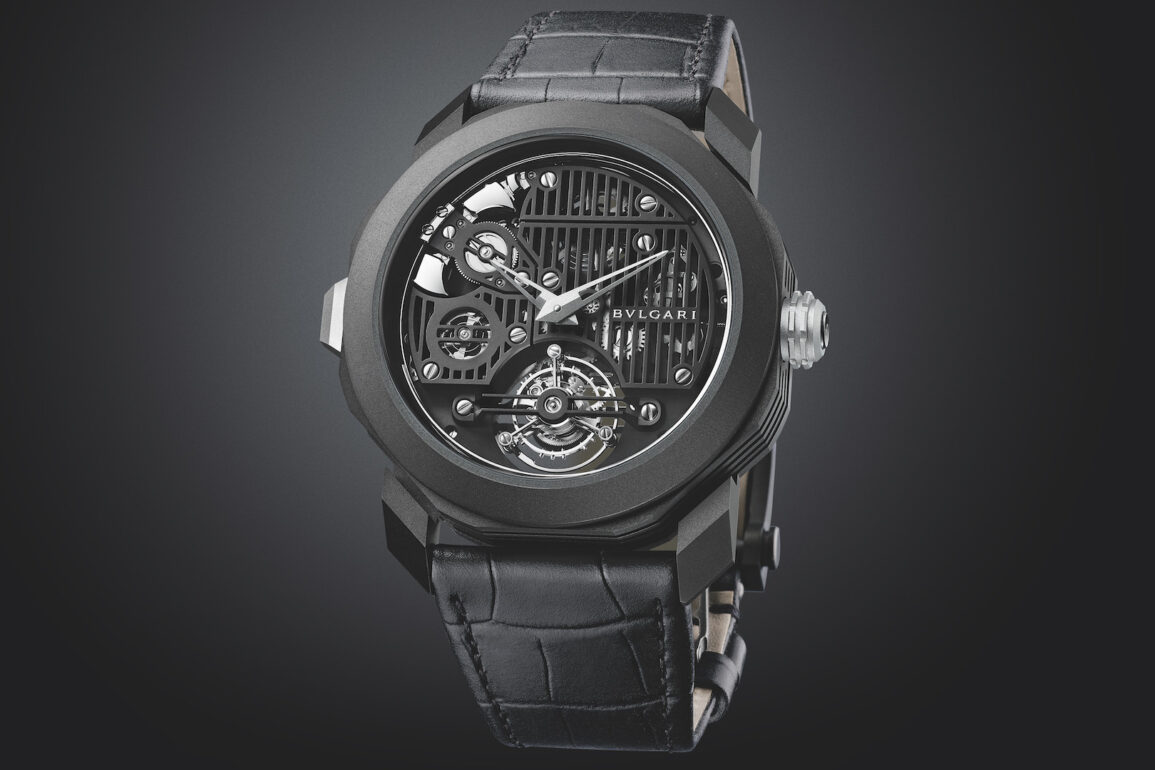 Bulgari nails it with its next complicated Octo model.

Bulgari isn’t just a manufacturer of thin Octo watches, no no my friend, it’s also a maker of thick Octo watches like the new Octo Roma Carillon Tourbillon. This one’s made to show that Bulgari is serious about all the complications it can make, not just the paper-thin ones. Despite this being a Bulgari design, based on the Octo which is also a Bulgari design (not a Genta one, although the man himself designed the Bulgari Bulgari), one can’t help notice the similarities between this and some of Chopard’s more extravagant creations. 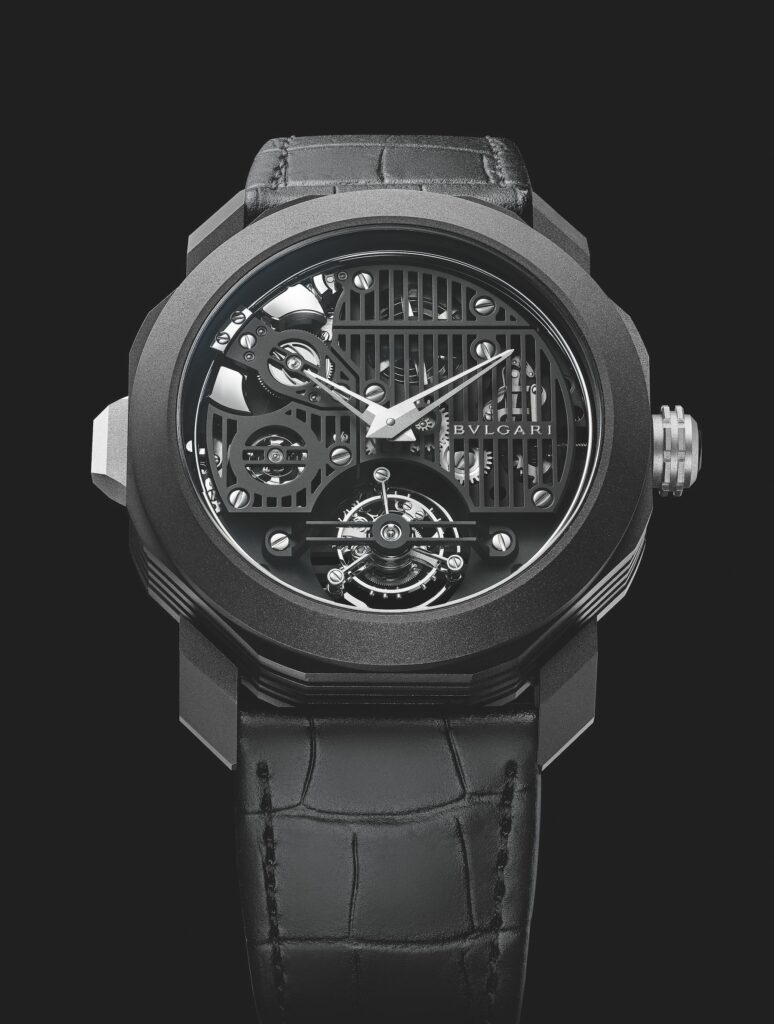 I refer you to the vertically-slatted dial allowing peeks through to the movement. Granted, Chopard is slowly moving away from this theme, but the back of their Superfast watches still has a very similar motif. The Bulgari’s dial has a lot more going on. For example, there’s the tourbillon at 6 O’clock, which stands out underneath a raised and skeletonised bridge which is exciting to see. There’s also the repeater hammers at 10 O’clock, visible to the world. If you look closely, you’ll also be able to see the gong springs encircling the dial, enshrouding the blackness in a beam of glinting silver, which breaks up the form nicely. 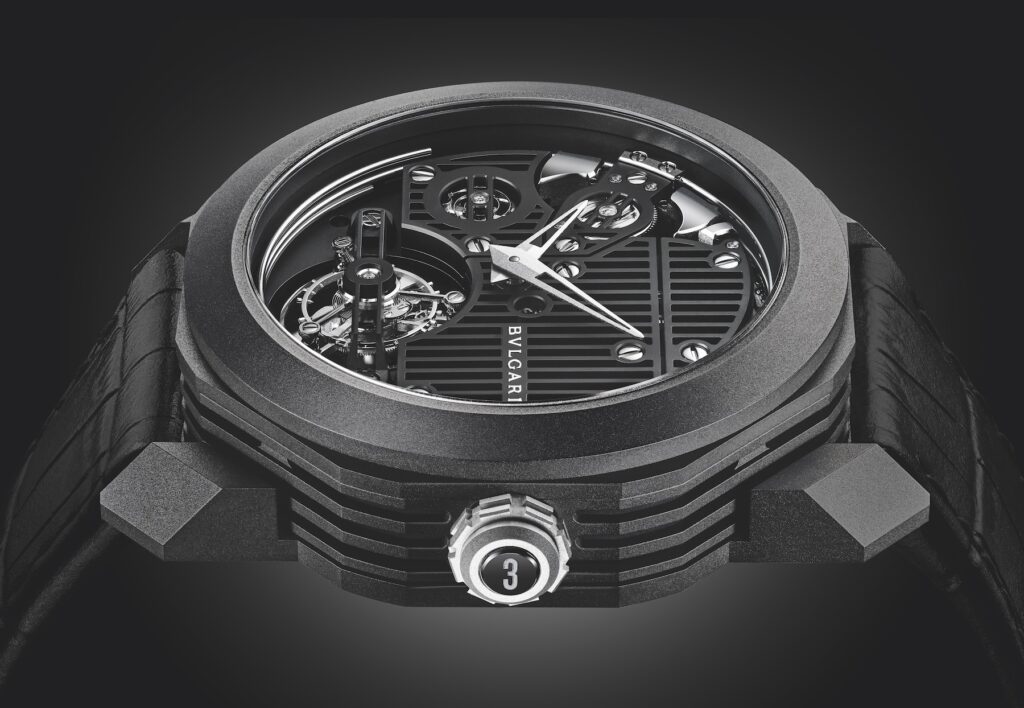 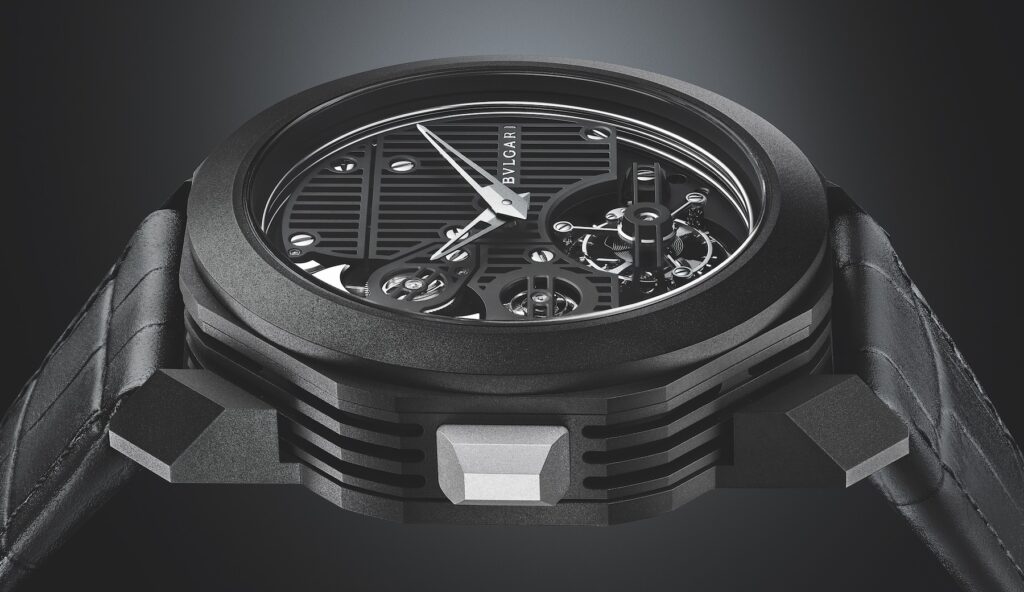 The case is large at 44mm in diameter. However, it’s made of titanium and given a black DLC coating so it should be light enough. The crown is made of white gold, as is the pusher at 9 O’clock which activates the carillon (more on that in a sec). There are plenty of angles and lines on this watch, and it reminds me somewhat of brutalist architecture, which I’ve touched on before. It uses angles and lines to create forbidding-looking designs that were often reviled, but have become trendy and appreciated. Check out Montreal’s unique Habitat 67 when you’ve finished reading this. 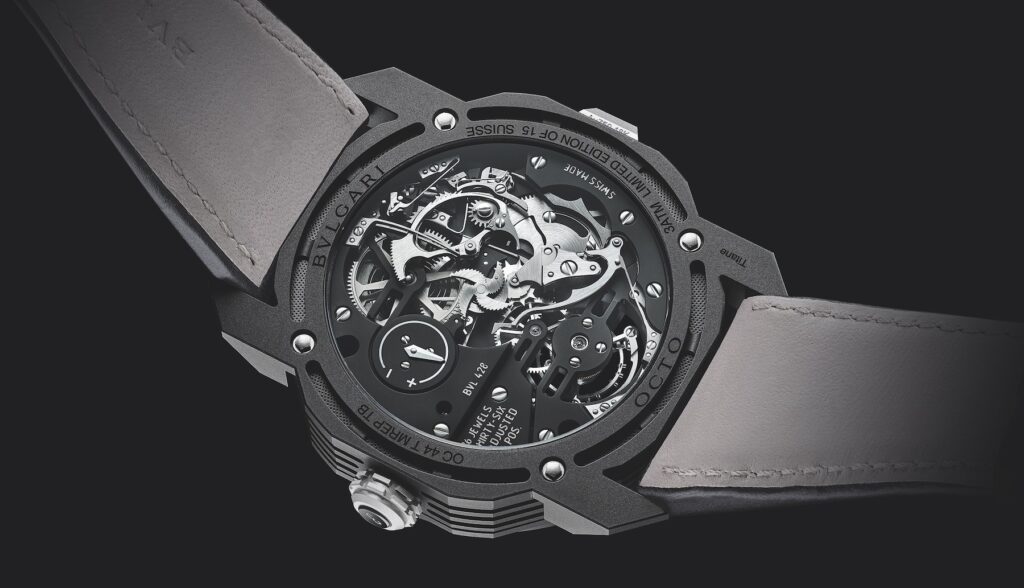 Around the back is a confusing-looking array of wheels, gears and interestingly shaped bits & bobs (yes, that was a technical term I just used). These are all present here because the hammers are on the dial side. Usually, the hammers are on the back of a watch meaning the cams and other parts needed to read the hands’ position are hidden away. So where does the word carillon come into it? That comes from the fact that this is no ordinary minute repeater. Instead of having two sets of hammers and gongs, this one has three, allowing it to produce the iconic Westminster Chime on demand. These are powered by their own spring barrel, while the rest of the calibre BVL428 has a separate mainspring barrel providing a power reserve of 75-hours and a 3Hz beat rate. 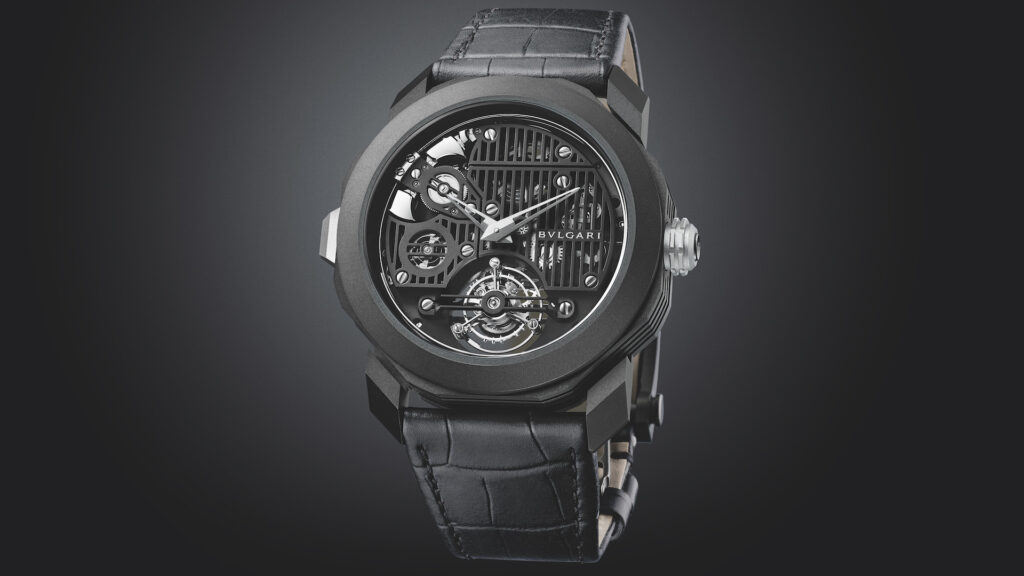 The watch looks excellent; there’s no denying it. I love the small details like the slats down the side of the case, the little power-reserve hand on the back of the watch and the crown with the watch’s edition number on a piece of black ceramic inside it. You can tell this watch was the result of Bulgari execs letting their watch designers and engineers run free with this one, it’s why something so unique exists. With that being said, it commands an extremely high price of $259,000 and is limited to 15 examples in total. So, wild and adventurous it is, but it shall remain but a mere dream for most.