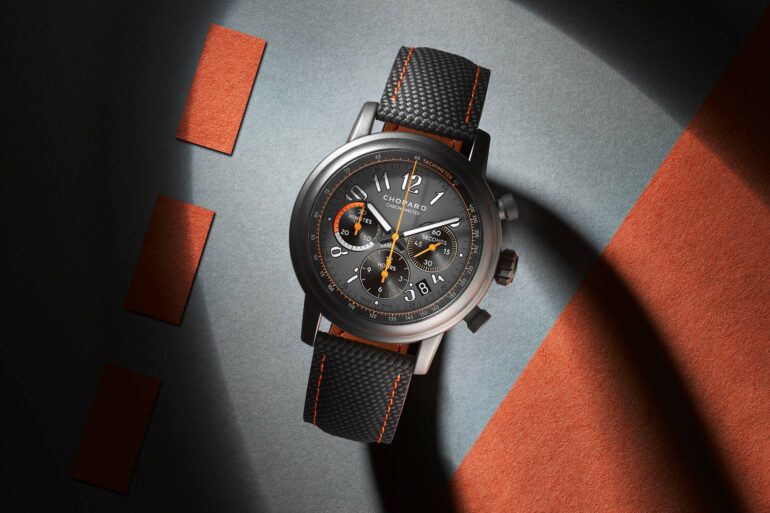 News from the house of Chopard, the brand has recently released a new watch in collaboration with a very unique and recognisable company. Chopard, the maker of icons such as the L.U.C. and Happy Sport watches, has partnered with Bamford Watch Department, a company known primarily for modifying Rolex watches and offering finishes that Rolex does not. Some argue that Bamford’s work improves a watch, while others say that it’s a detraction. Ultimately, it’s down to aesthetics. Bamford does not fiddle with watch movements generally. 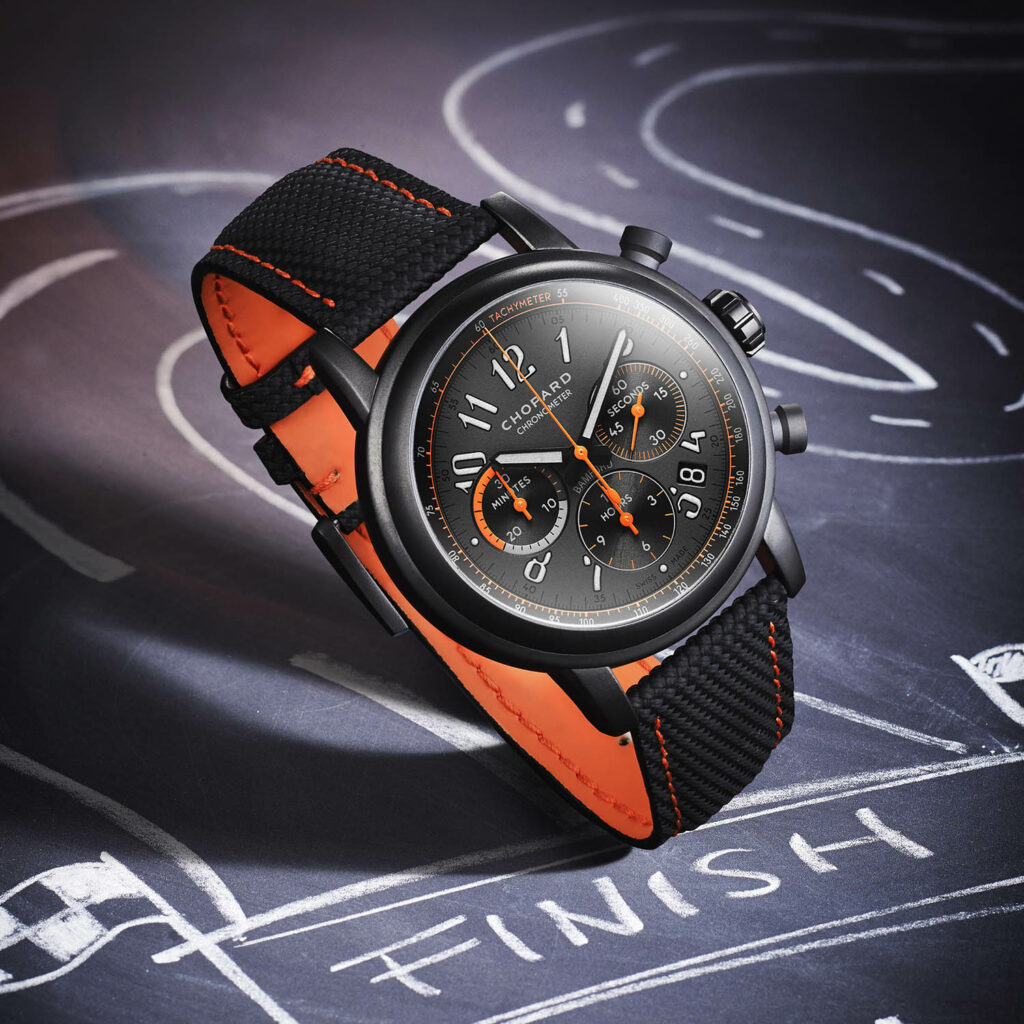 The new watch is based on the Mille Miglia Classic Chronograph, a classic (get it?) from the Chopard range. The Mille Miglia has been with us since the 1980s when Chopard started sponsoring the Mille Miglia, an event for classic and vintage cars to drive the route of the Mille Miglia, which occurred in the early 20th century. Participants of the original Mille Miglia raced their cars from Brescia to Rome and back. As you can guess, the race was based in Italy, and as you’d probably guessed again, it was dominated by the Italians. Alfa Romeo had the most wins of the 24 races that ran between 1927 and 1957 (pausing only for a small war of some sort). 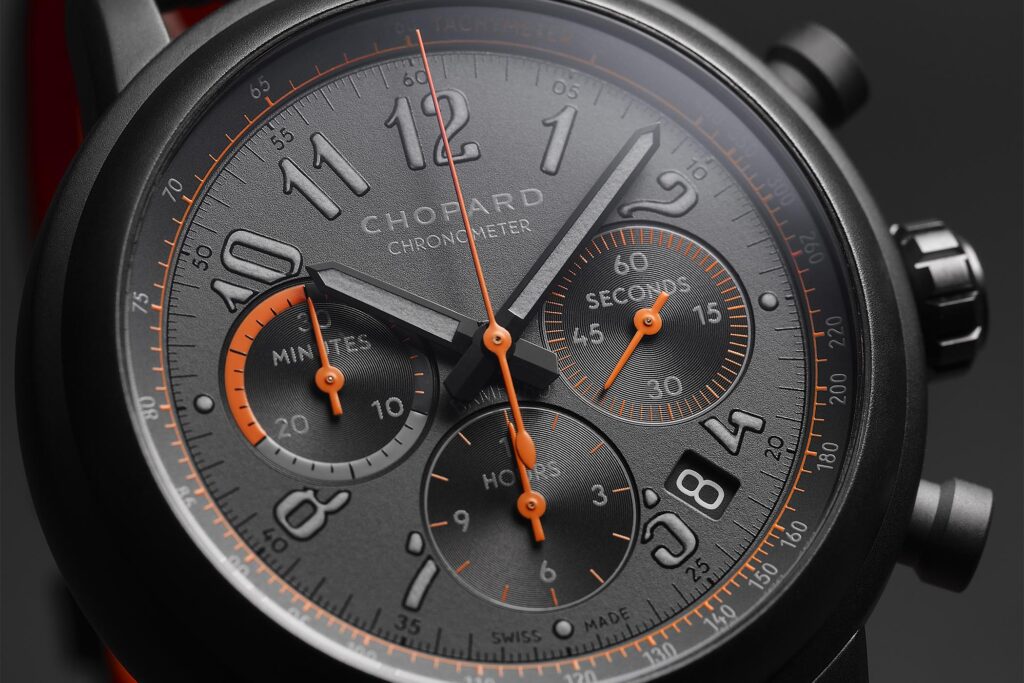 Back to the watch, it’s Chopard’s tri-compax chronograph with its three subdials at 3, 6 and 9 O’clock. The dial is a dark grey colour with a grainy finish. Flashes of orange break up the appearance, though, making this quite an attractive watch and one to which the Bamford treatment has applied nicely. 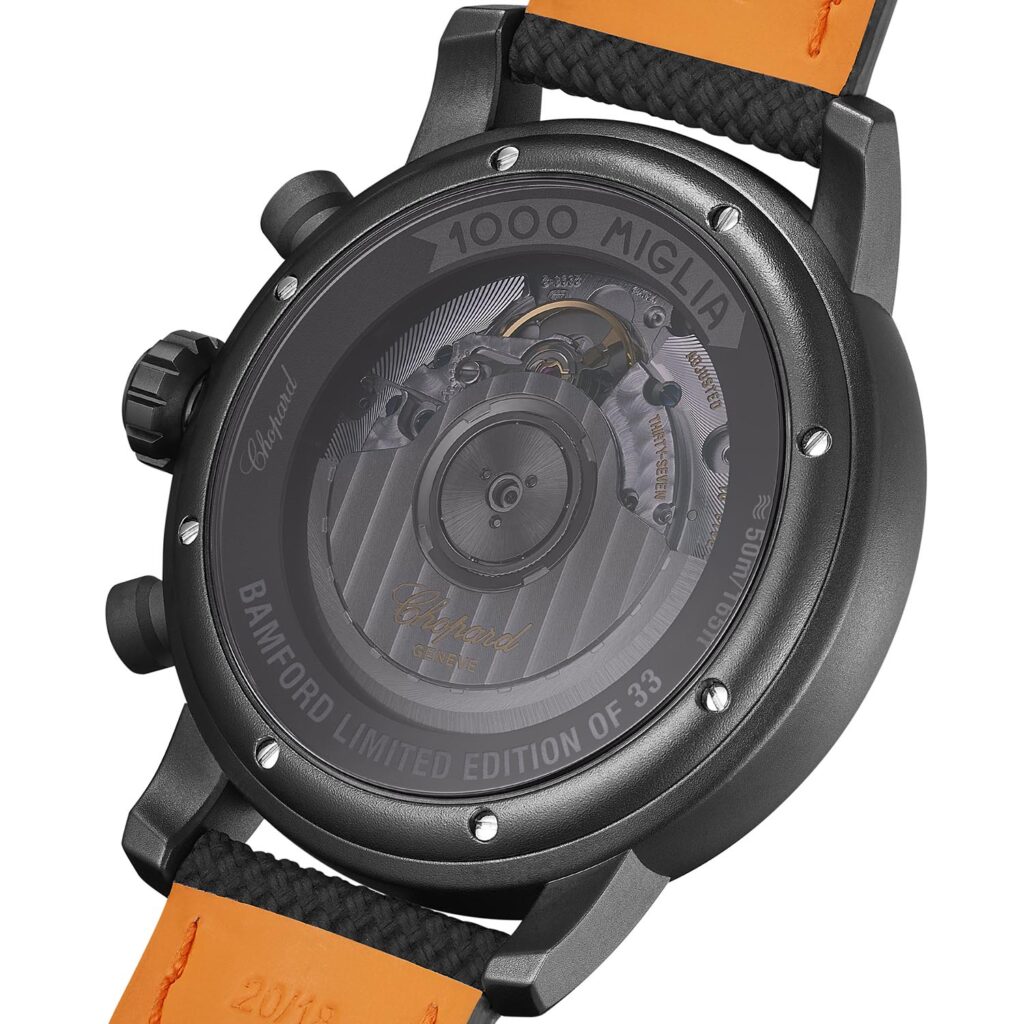 Underneath a tinted crystal over the back of the watch is an automatic movement based on an ETA ebauche. It has a 42-hour power reserve and a 4Hz beat rate, as well as a date wheel. The movement also has hacking seconds. I don’t know what’s stopping Chopard from using the in-house movements they do in some of their other Mille Miglia watches, they make fine calibres for sports watches, but they’re seldom seen. 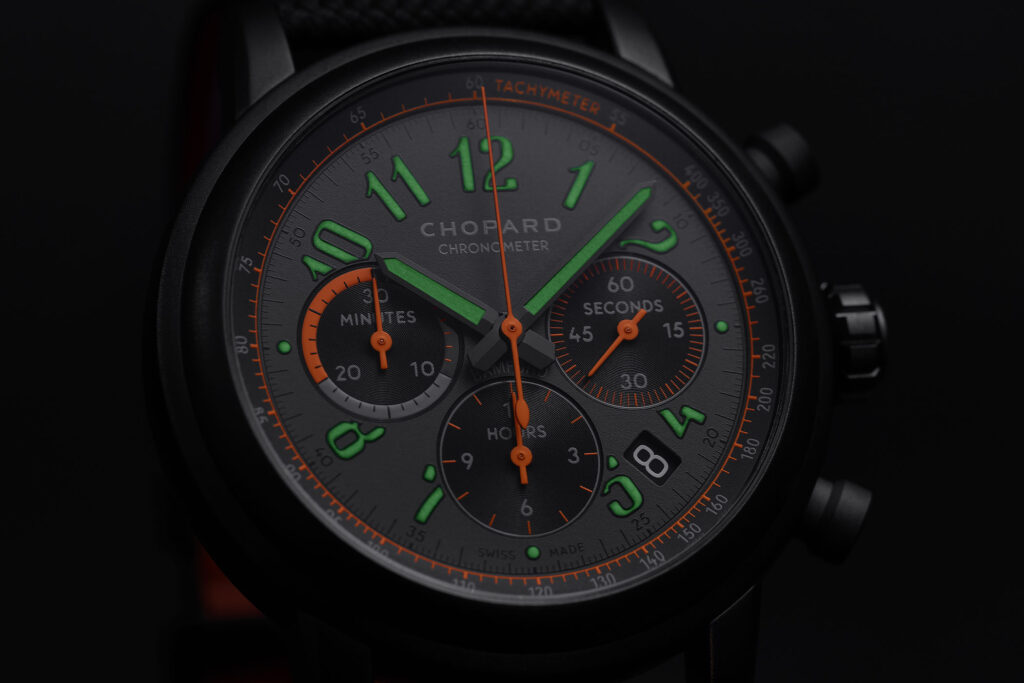 The case is made of stainless steel and is 42mm in diameter. It features a sandblasted finish with a matte grey DLC (Diamond-Like Coating) added to make it a little stealthier than the highly polished models, which are the standard for the Classic Chronograph range (insert link to my hands-on Mille Miglia review here). It’s fitted with a black rubber strap embossed to have a Cordura appearance with contrasting orange stitching. 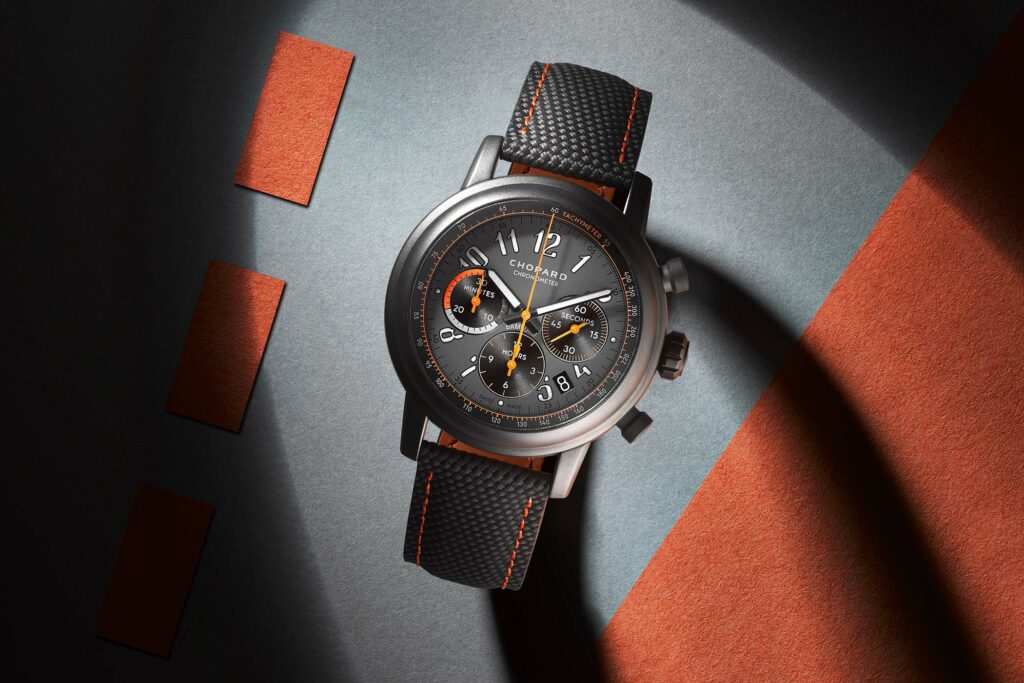 Perhaps one reason for this is the high price of the watch. Using an off-the-shelf base movement, this watch still costs $7970. And they’re only making 33, all of which are numbered and on sale now.