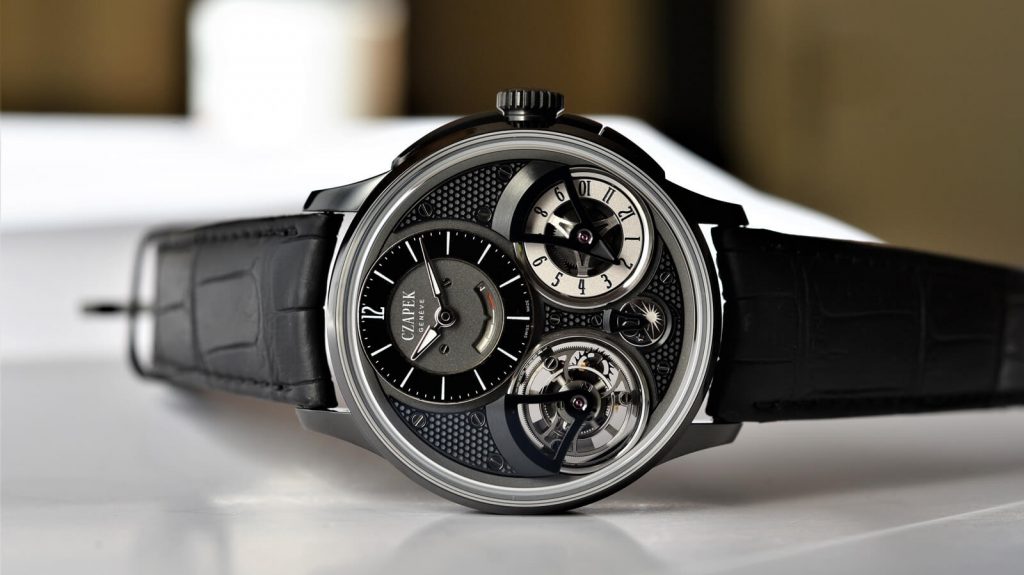 Czapek is an undoubtedly historied brand having once been intertwined with Antoni Patek, the namesake of Patek Philippe. A small number of Patek & Czapek Co. watches still exist in various private collections. Those times have long since gone, however, and Czapek has had to make it by itself since its revival in 2015. Its first model, the No.33 bis Quai des Bergues, was an instant hit and garnered much attention for the brand after it won the Public Prize of the GPHG that year. In 2017, Czapek released its second watch model, the Place Vendôme Tourbillon Suspendu ‘Ici Et Ailleurs’ which again gave the brand a lot of attention. Several special editions have been based on the Place Vendôme Tourbillon, and a new one has come out for 2020. 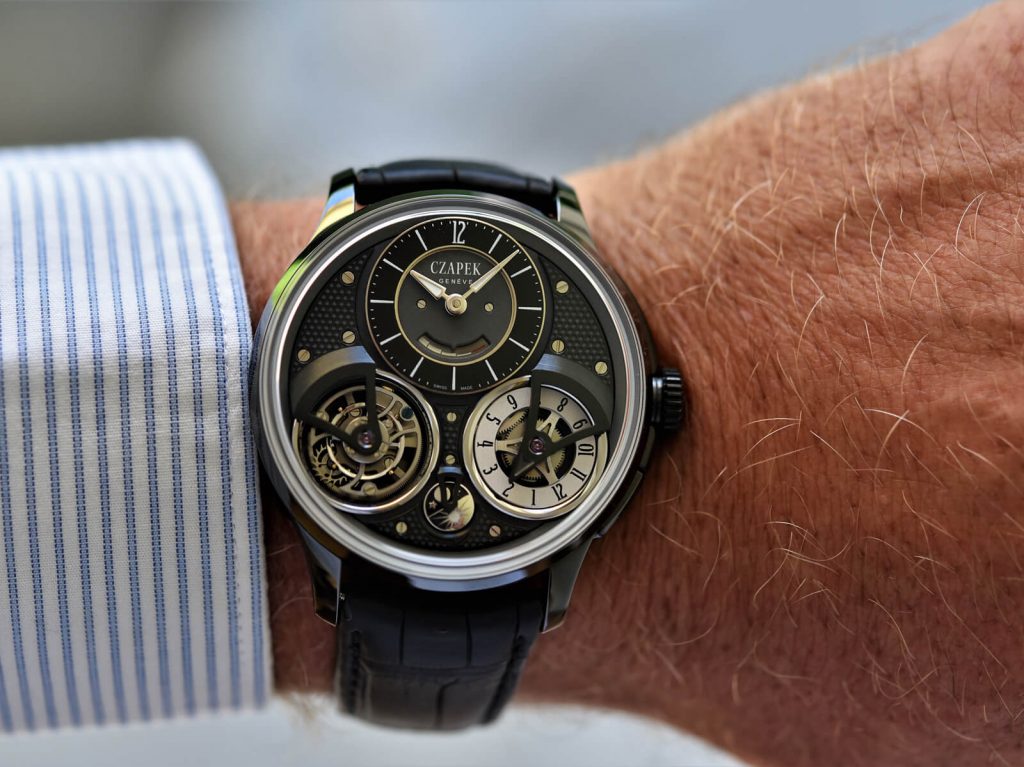 Named the Place Vendôme Tourbillon ‘Dark Matter’, the new limited-production watch takes the usually elegant and dressy tourbillon watch and gives it a coating of darkness. Rather than shove the same movement into a DLC coated case and be done with it, Czapek has gone the extra mile and given that dark coating to the movement’s components as well. 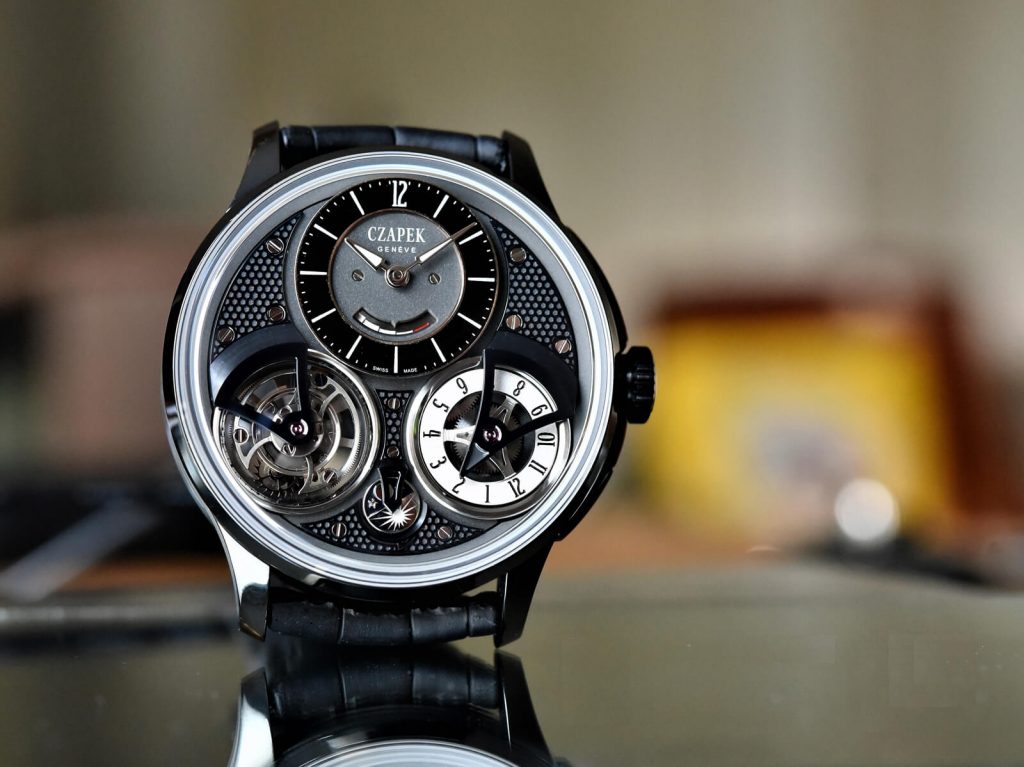 The case measures in at 43.5mm in diameter, making it on the larger side for most people. It’s been crafted from titanium for strength and lightness and has been given a black ADLC coating as part of the ‘Dark Matter’ theme. It’s water-resistant to 30m and is presented on a black leather strap as one would expect. 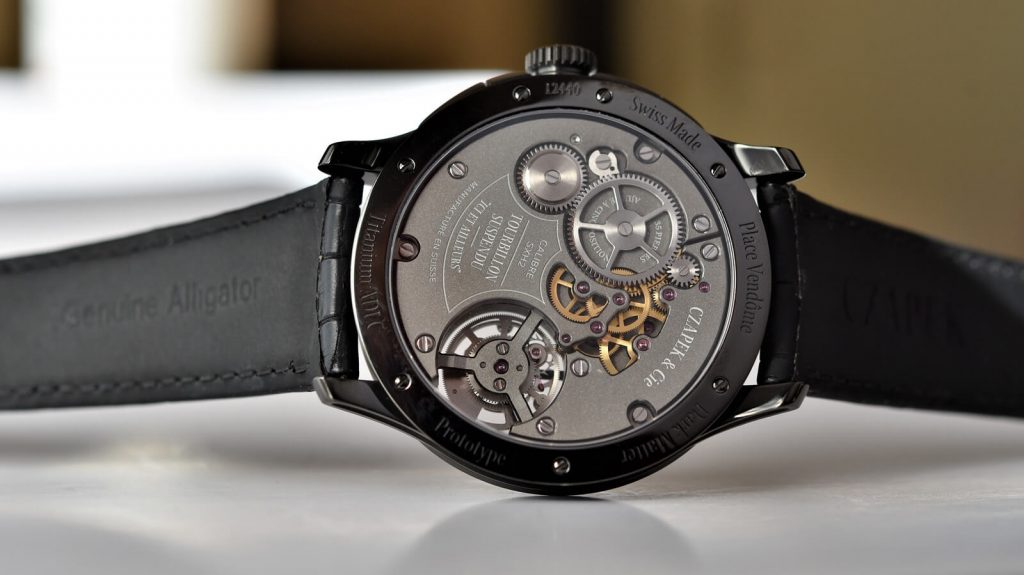 Underneath the sapphire crystal, the calibre SXH2 has also been given a black finish and ring of the time dial is made of black Grand Feu enamel. The bridges on the dial which suspend the tourbillon and the second timezone indicator have been given a black PVD finish on top of the traditional high standards of finishing from the brand, along with the top plate for the movement. Featuring manual winding with a 60-hour power reserve, 3Hz beat rate, suspended tourbillon, second timezone (as measured by a disk that moves counterclockwise), power reserve indicator and a day/night indicator. The bridges and plates at the back of the watch have also been given a black PVD finish.

As mentioned, this watch is limited in its production to just ten examples in total, with each watch costing CHF93,000.