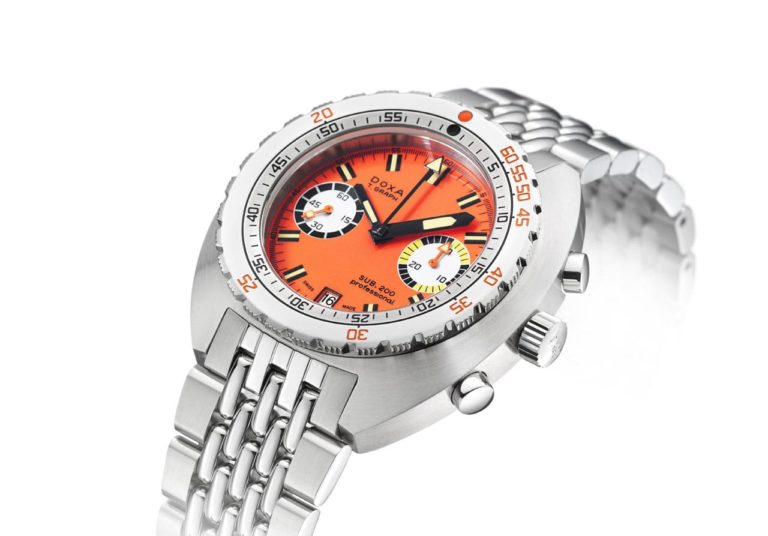 The Doxa Sub is a certified design classic that has undoubtedly earned its stripes over the years. First released in 1967, the Sub was appreciated by scuba divers for its rugged case, solid Valjoux movement and its orangeness. It also had a dual purpose rotating bezel, with two different scales on the bezel, one for the chronograph and one for dive timing. The SUB 200 T.Graph limited edition is a faithful nod to the original, a design which has remained the same for 50 years after having a slight re-design in 1969. 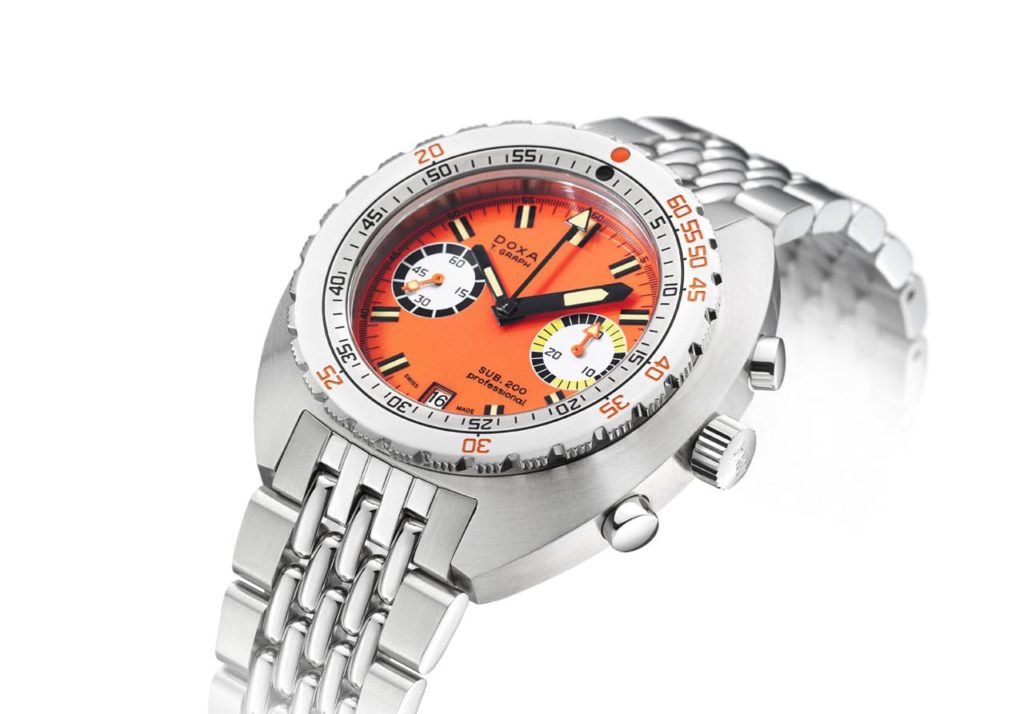 This watch is suitably fit for purpose. With a 43mm x 15mm case featuring that signature rounded case shape so popular with watches of the time, the new SUB 200 T.Graph remains a clear tool watch. Thanks to the highly contrasting dial with touches of black and yellow on the hands and running seconds, the watch is clear and legible, which is the most important thing for a diver. The hands have also been given lume as well, in this case, it’s SuperLumiNova that’s got that fauxtina effect that some just love to hate, though the name of it is actually “Light Old Radium”. 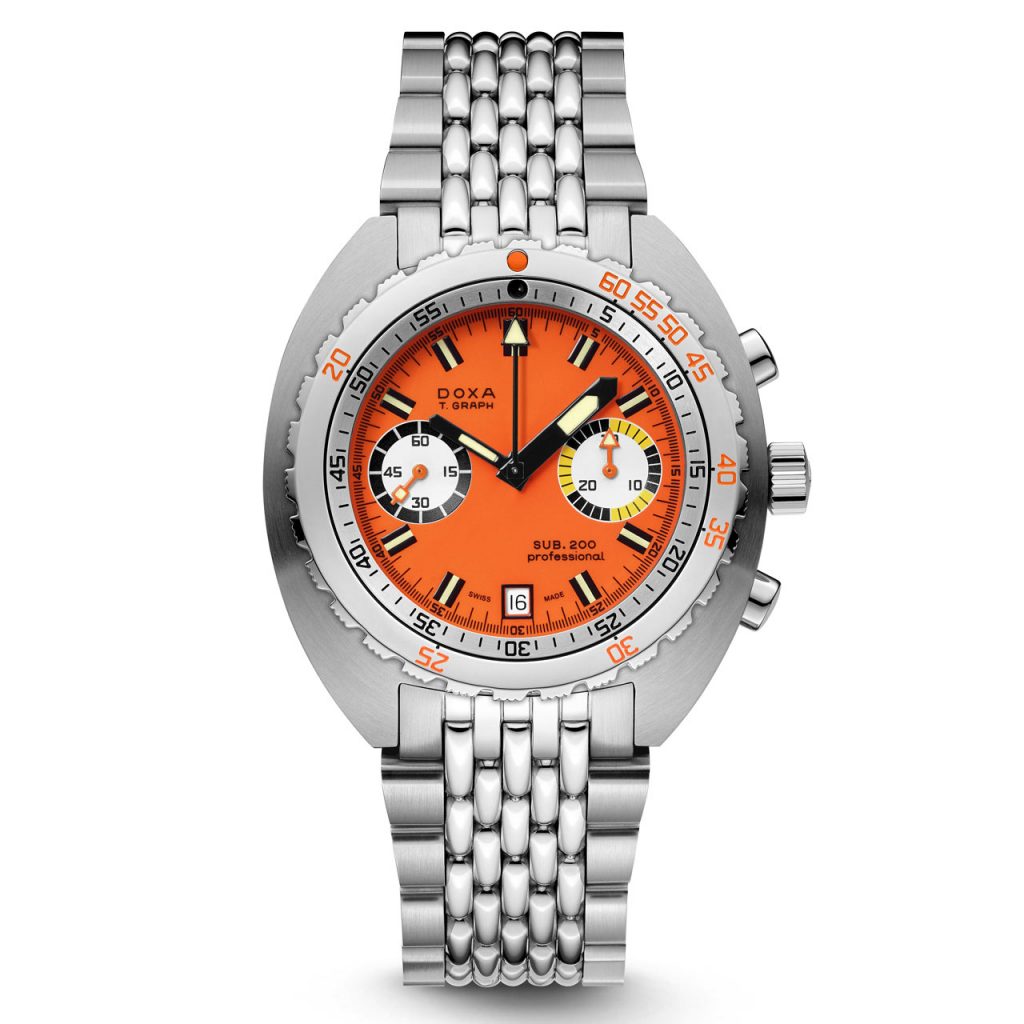 Perhaps the most interesting aspect of it is the movement inside the watch. It’s using a vintage movement that’s been thoroughly worked over to ensure reliability. For over 30 years Doxa has had some Valjoux 7734 movements lying around and decided to put them to use. The Swiss family Jenny preserved these movements, which run at 2.5Hz for a total of 45 hours. A vintage movement inside a new case is something we love and was something we were hoping for from a certain other brand celebrating 50 years of an iconic model. 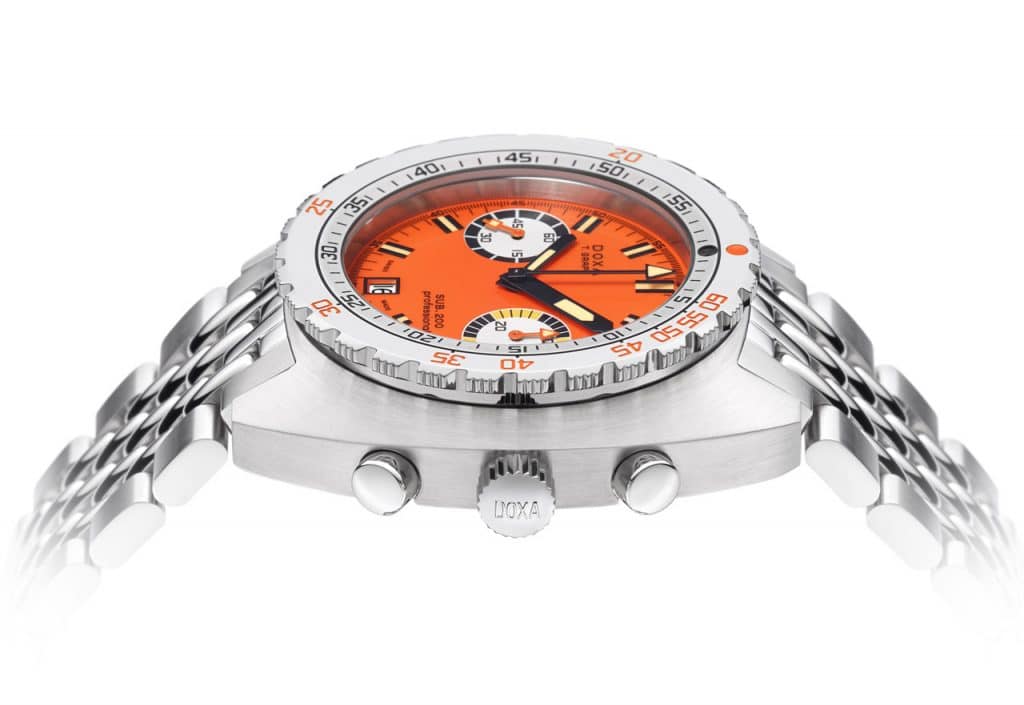 While the SUB may not be as world-renowned as the Speedmaster, it’s certainly an important timepiece, Doxa would probably not be here today if it wasn’t so widespread. The case and the famous ‘beads of rice’ bracelet are constructed of 316L stainless steel making this quite a hefty watch. It will cost €4900 when it comes on sale on the 2nd of September and is limited to 300 pieces.