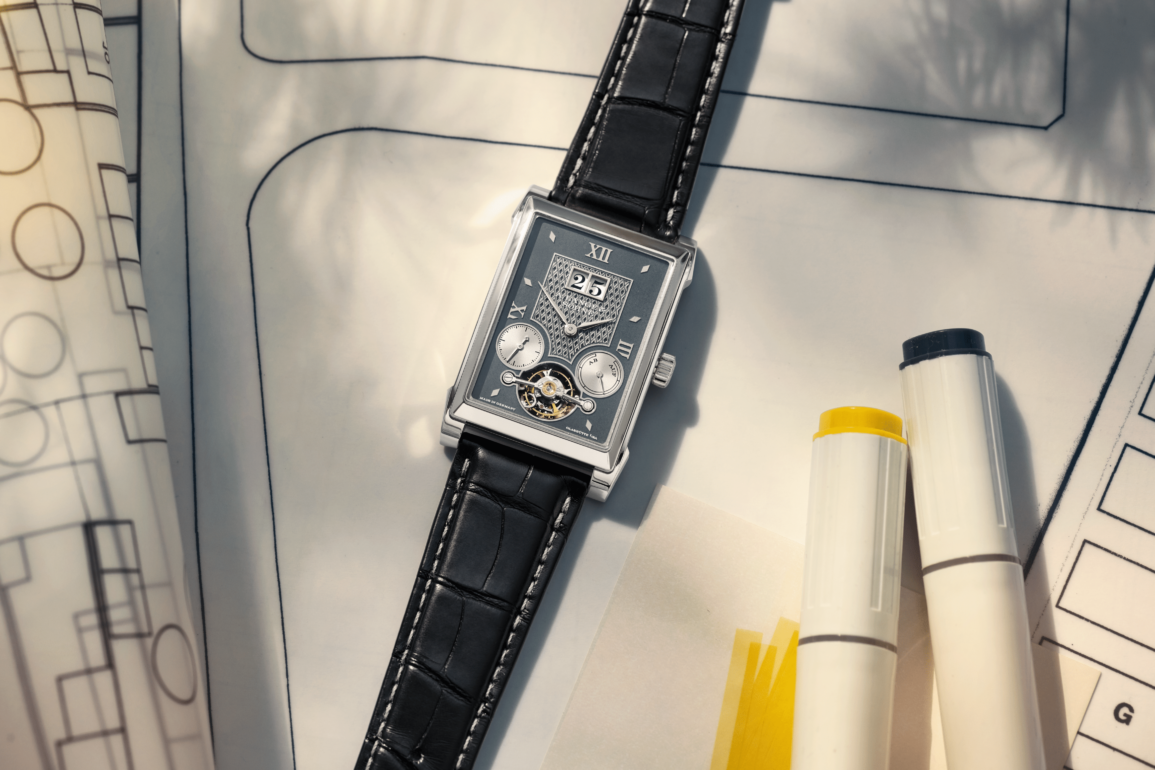 For 2021, A. Lange & Söhne is releasing a set of summertime novelties to help us get out of the blues that so often set in during this period. The Saxon brand is offering up four new watches, one of which is very special indeed. If you’re new to the world of watches, you may not know that many years ago A. Lange & Söhne made a set of rectangular watches called the Cabaret. While it didn’t last for as many performances as the musical it’s probably named after, it was definitely a hit with the watch collectors, especially after production was ceased. We’re pleased to announce that the Cabaret is back. Before we take a look, though, let’s see the other novelties. 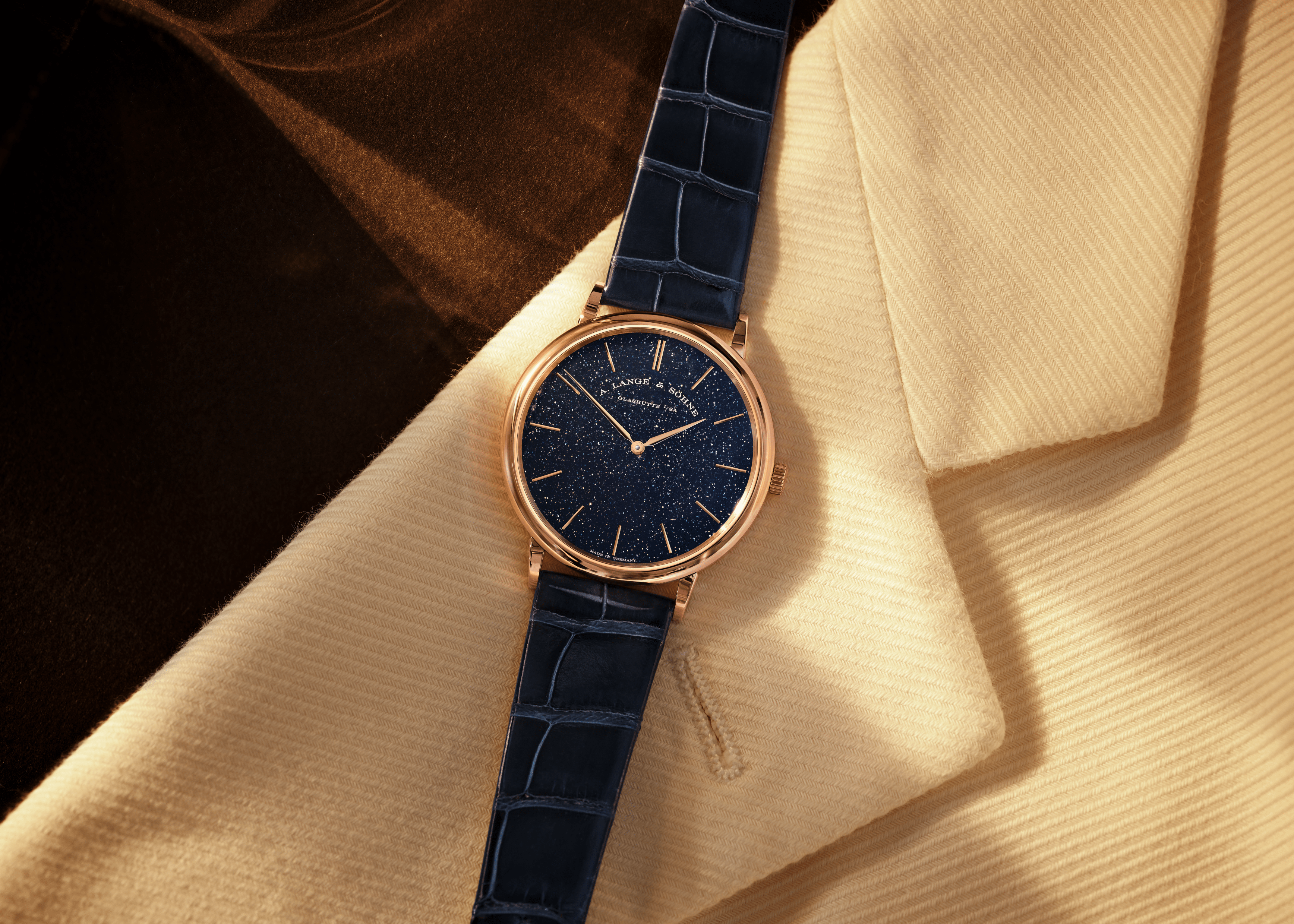 The new Saxonia Thin might look nearly identical to the other Saxonias, and that’s because it pretty much is. For 2021, A. Lange & Söhne is offering the watch in a pink gold case for the first time. It still features the epic gold flux dial, a blue gradient dial with copper glitter applied to the dial, making it look similar to aventurine but less rare and challenging to work with. The results are no less thrilling, though. The watch measures 40mm x 6.2mm, not groundbreakingly thin you might say, but given that A. Lange & Söhne has no experience in this matter, and no historical records to read through, it’s a remarkable feat. This is limited to 50 pieces and will cost £23,500 or €25,800. 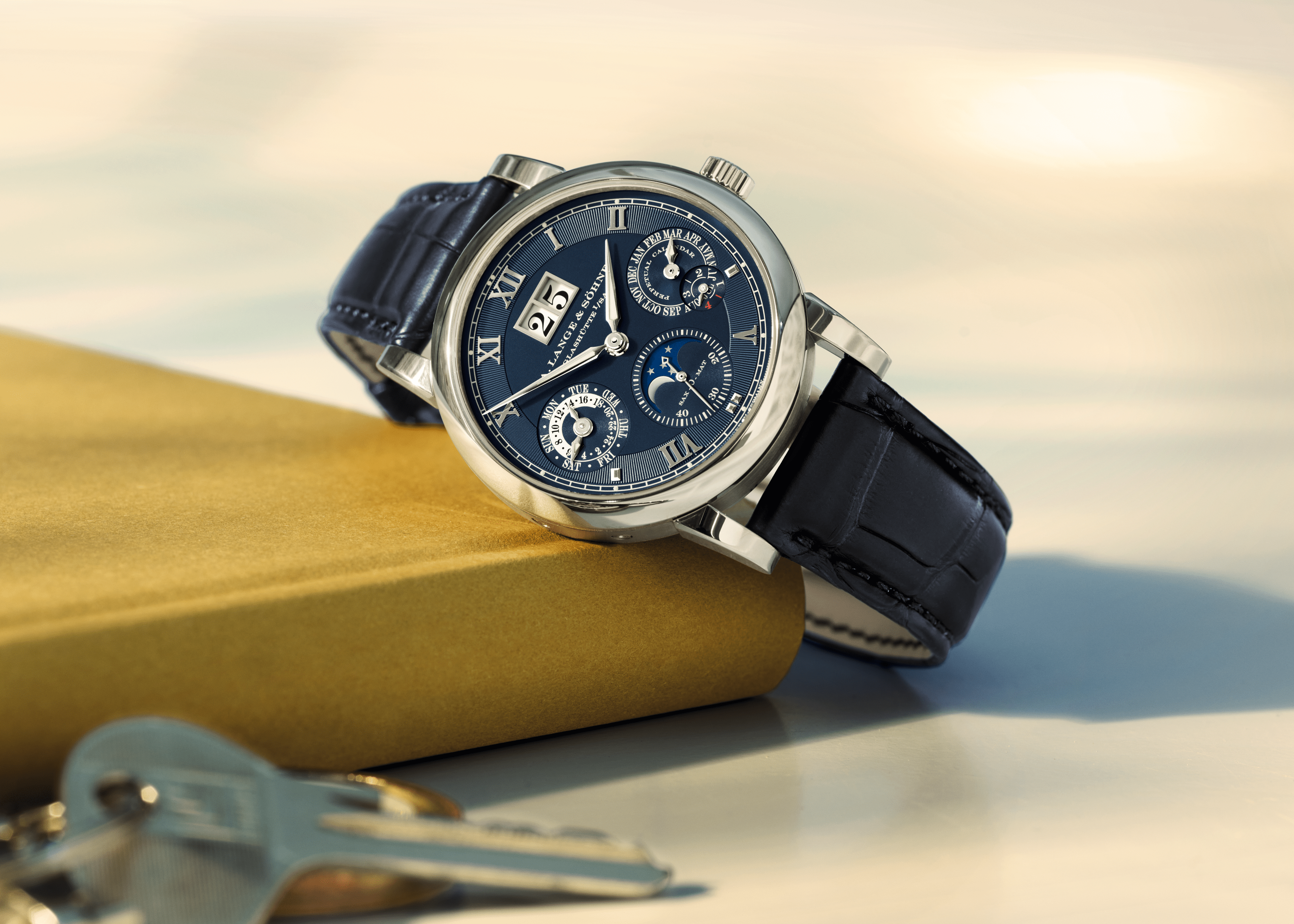 The Langematik Perpetual is A. Lange & Söhne’s demonstration of its perpetual calendar prowess. It’s also turning 20 this year, having been introduced by the brand in 2001, just seven years after it was revived. 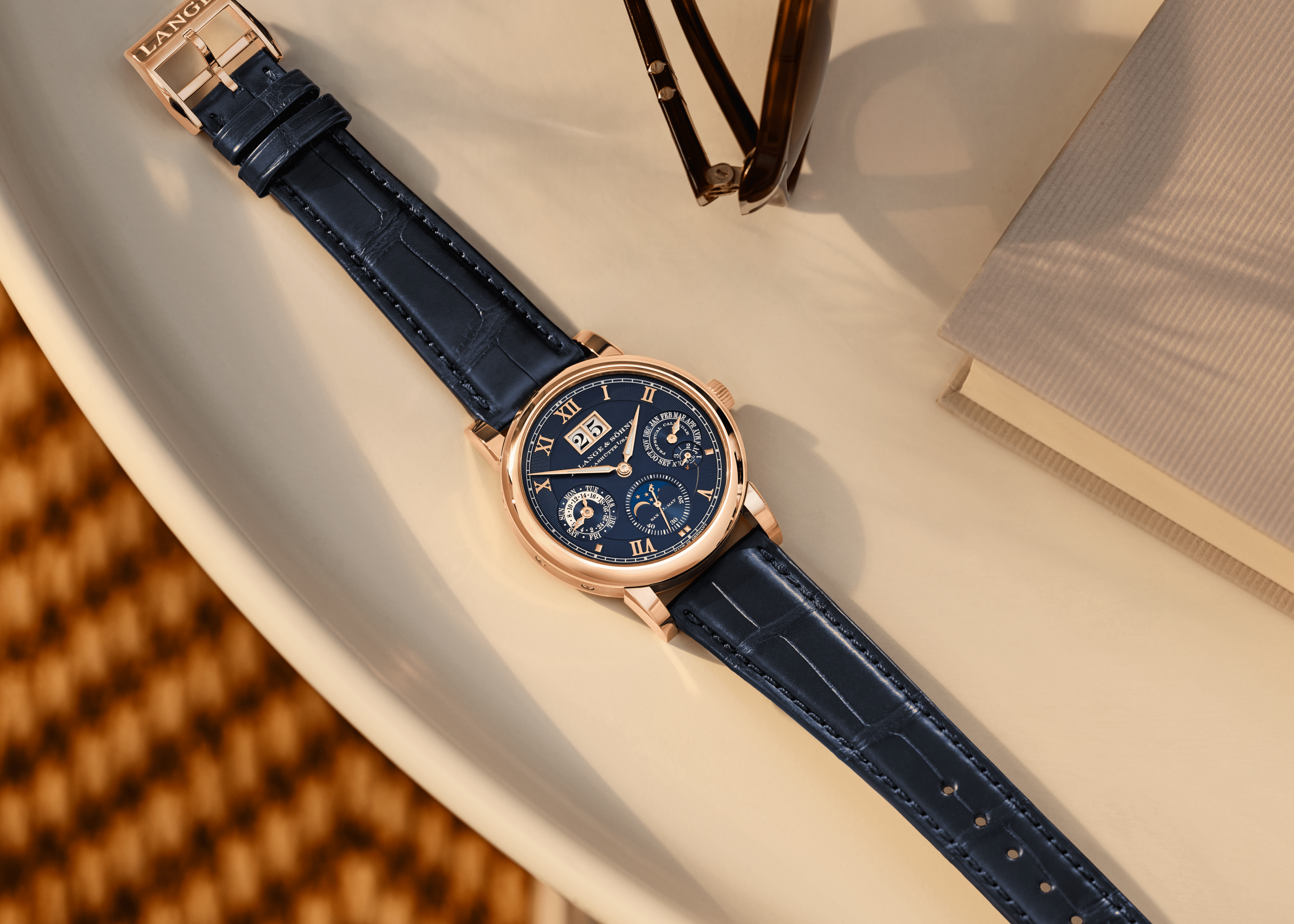 To celebrate this watch’s birthday in style, A. Lange & Söhne releases two new variants of the Langematik Perpetual, 50 will be made with a white gold case, and 50 will be made with a pink gold case. All of them will have an attractive blue dial which A. Lange & Söhne says has a 3D effect. Obviously, it’s something you’ll need to see in person to appreciate. The case measures 38.5mm, but the dial is highly legible despite the complications it displays. Pricing is set at £81,400 or €91,000.

Unlike the others, only 30 examples of this new watch will be made. I can’t recall when A. Lange & Söhne stopped producing the Cabaret, I just know it was sorely missed. The highest-end you could go to after its departure was the Reverso, and while that is a fantastic watch in its own right, it’s a different product to the Cabaret. If you avidly follow this German brand, you’ll know that the term handwerkskunst (hand-craftsmanship) is applied where A. Lange & Söhne has employed especially tricky methods or elegant decoration. Usually, it’s in the form of extraordinary hand-engraving or enamelling. 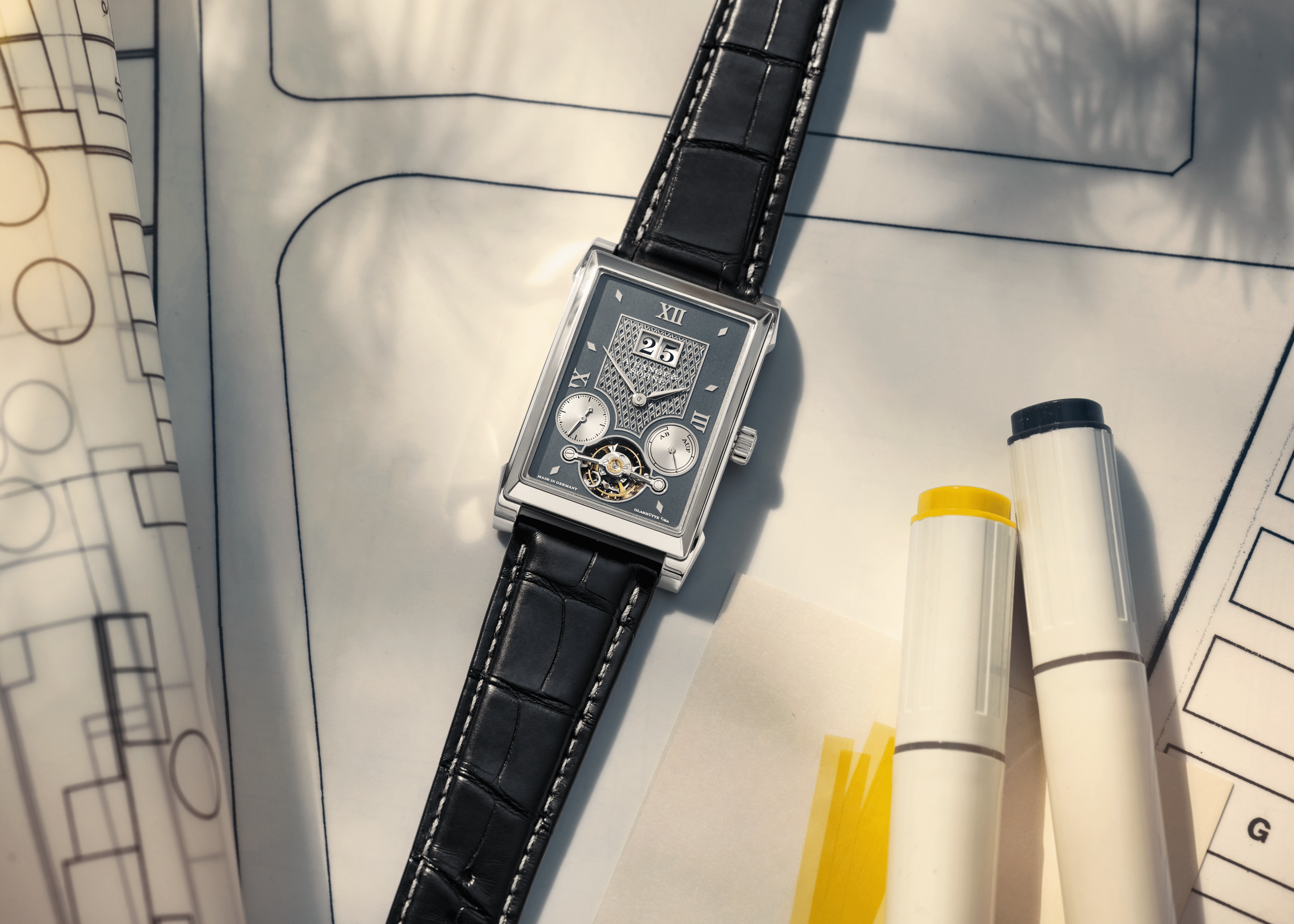 Today, it’s both. A. Lange & Söhne has applied a unique lozenge-shaped engraving to the dial and movement, but the dial has received extra attention with tremblage, which is the raised border around every feature on the dial. A painstaking process is involved in creating and finishing that, and the dial is then given a semi-transparent layer of enamel which A. Lange & Söhne claims provides the dial with more radiance. I’d have to check that in person, but I’m unlikely ever to see one. The hand-wound tourbillon movement in the watch is rectangular in shape, but it still has a 120-hour power reserve and a 3Hz beat rate, so it should be reasonably accurate. The platinum case measures 29.5mm x 39.2mm x 10.3mm, and the watch can be yours for the price of €315,000.