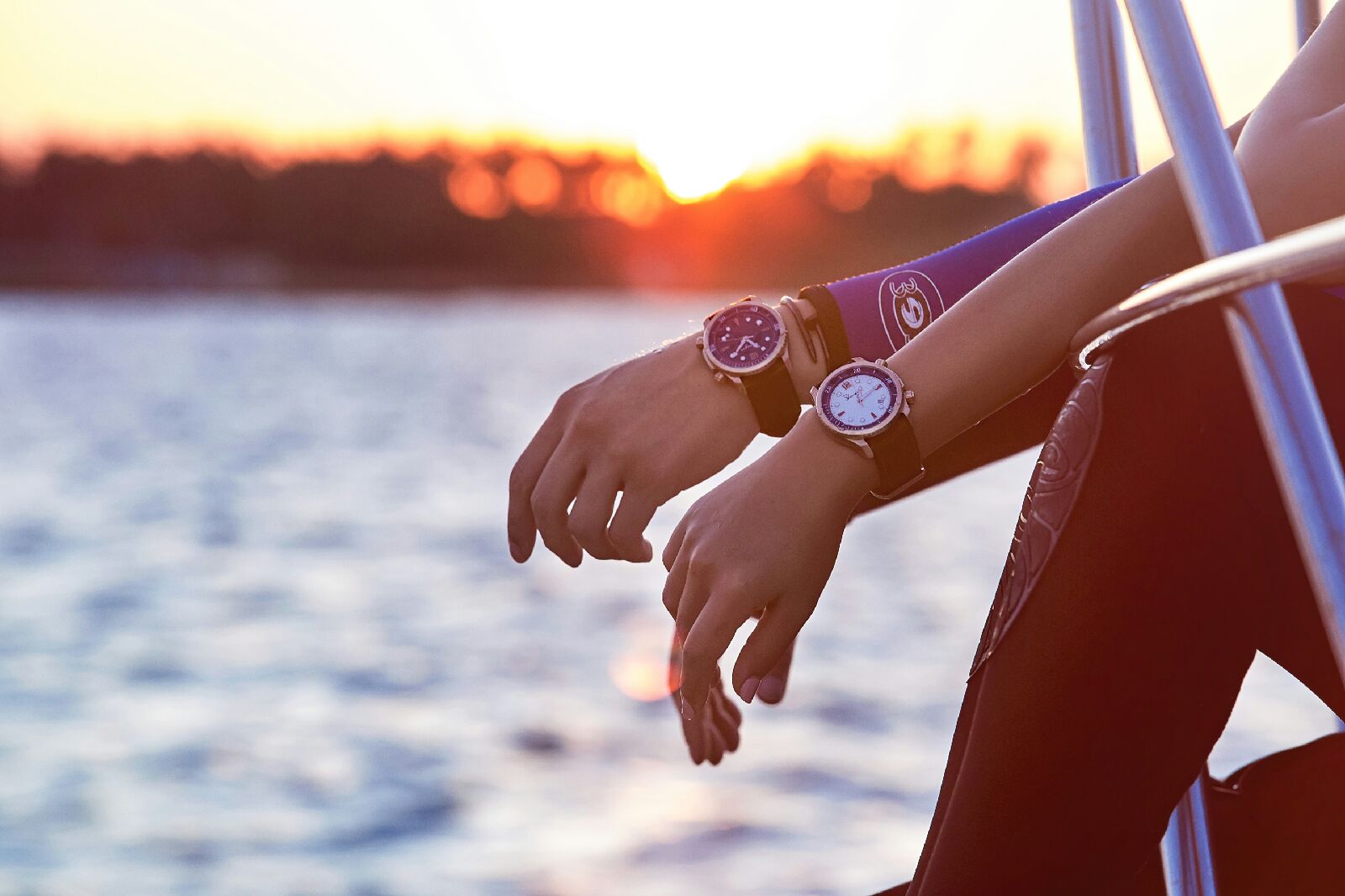 Another day in paradise folks, all you divers out there looking to back a worthwhile Kickstarter project, another opportunity awaits. Well, I’m as excited as the Stranger Watch Company waiting to announce the launch of their first Diver Collection. This is a series so there’s not only one design but quite a few including a lady’s design. Ocean predators as we know them are great tools for both the hobbyists and pro divers and this is good for us since the Stranger Watch Company is inspired by them. Cool you say, well darn right you are. The company also adds that their goal is to also inject elegance into a rather spartan machine, I know I mentioned a lady’s design after all. The fact that each model in the collection has distinct set of designs and functionality elements just adds more flare to my excitement. So I think what’s expected here is a solid and practical Diver watch with limited availability on KickStarter and being 40% funded in the first few days while the special pricing of sub $400 becomes available only during the campaign. Time is of the essence here folks. 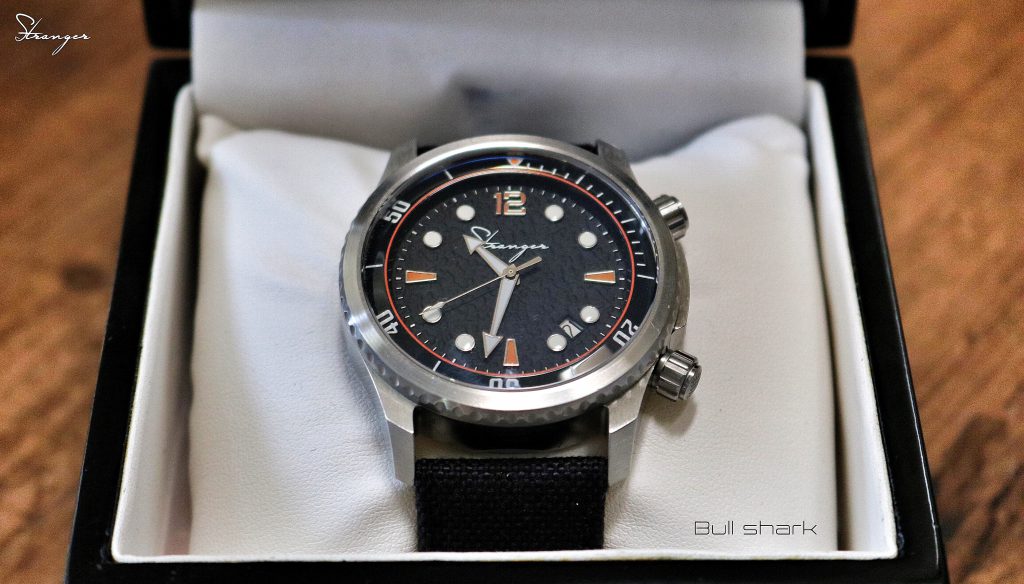 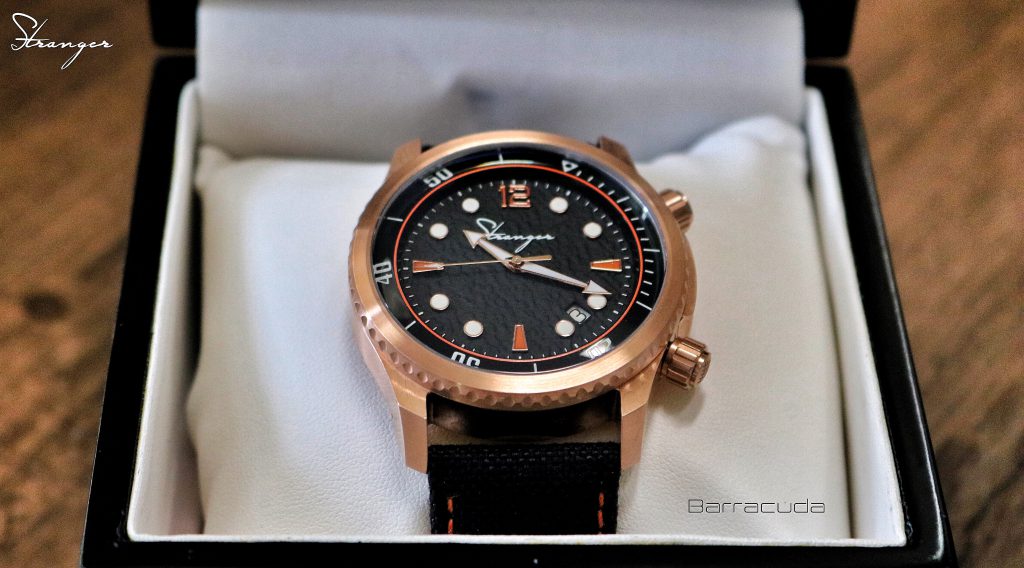 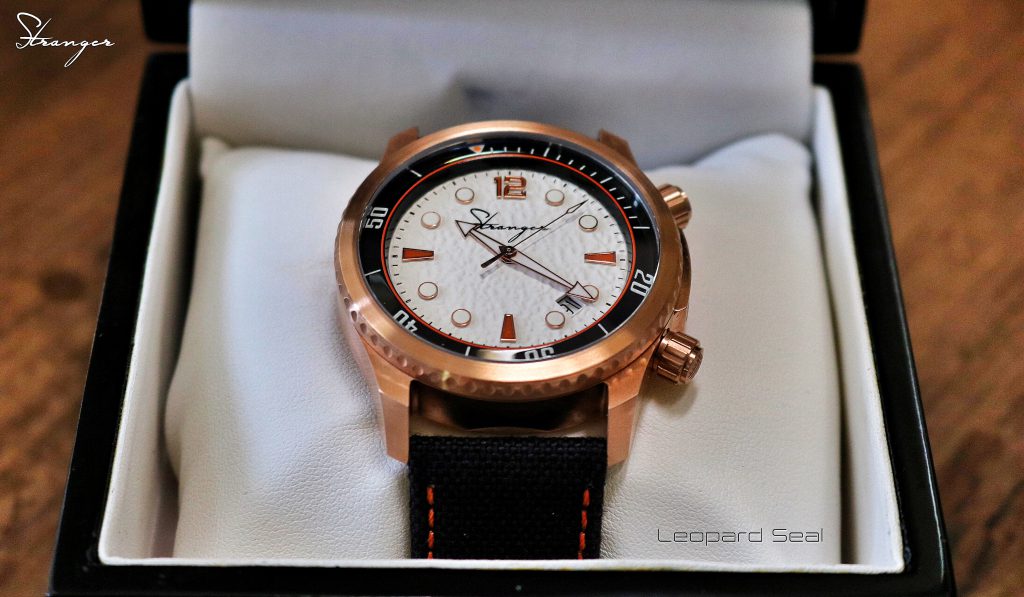 Going further into the details, the essential watch elements have been meticulously studied based on the Ocean Predators. The case in all finishes are based on brushed texture which is practical for actual diving in the sense that underwater they don’t reflect too much light that would somehow disturb the majestic ocean life. Another factor is the bezel design which is very thoughtful since it sports 15-minute indication for those timely dives and of course the counter goes up all the way to 60 minutes but I guess for the divers, the first 15 minutes are very important. Plus the bezel is also placed under the sapphire crystal to avoid accidental misalignments during dives. Adjusting the bezel is of course made quicker by effective crown design using a double crown system, one adjusts regular time while the other for diving purposes. Furthermore, the caseback sports a screw-in construction for better performance as is known with divers watches. It also showcases nice labeling for the model number against the solid steel. Another performance feature is the deep entrapments for safe removal. 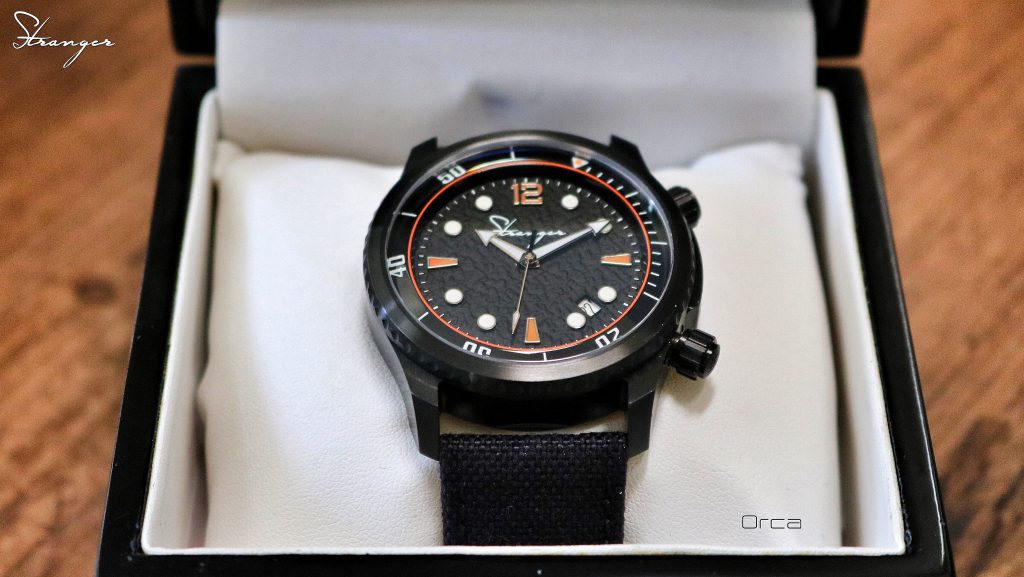 On the central portion of the watch is, of course, the dial with unobstructed clarity on both white and black design iterations. I like the generous Super Luminova on the hands but personally for a divers watch, they look rather small. The lumed round indexes, on the other hand, look bigger and looking really nice against the hammered texture. The designers say this is good for luminance but I think it doesn’t matter but of course, it looks good.

Power is provided by the Seiko NH35 Self-Winding Automatic Movement. I also like the heavy stitch Kevlar strap giving off a powerful appeal.