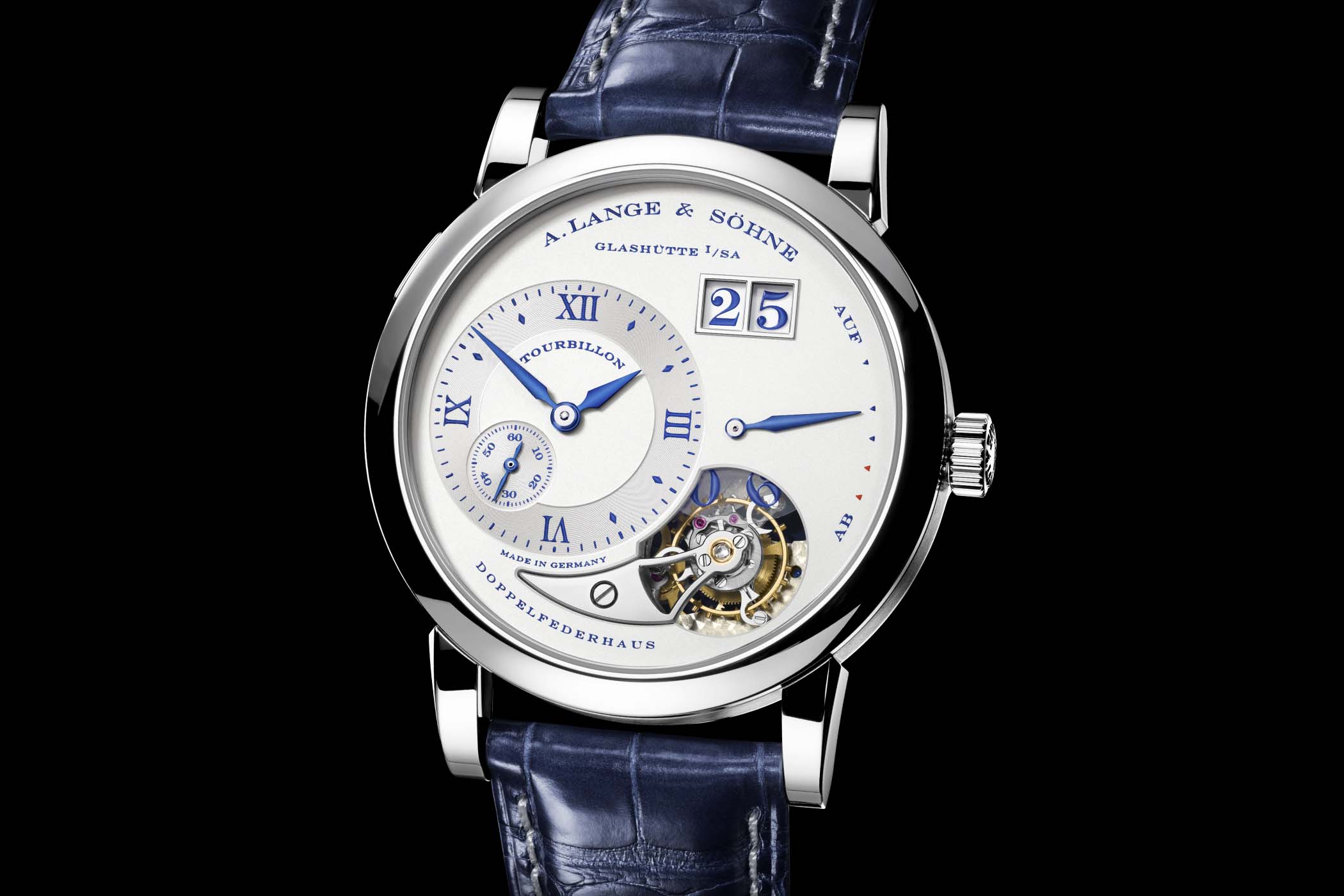 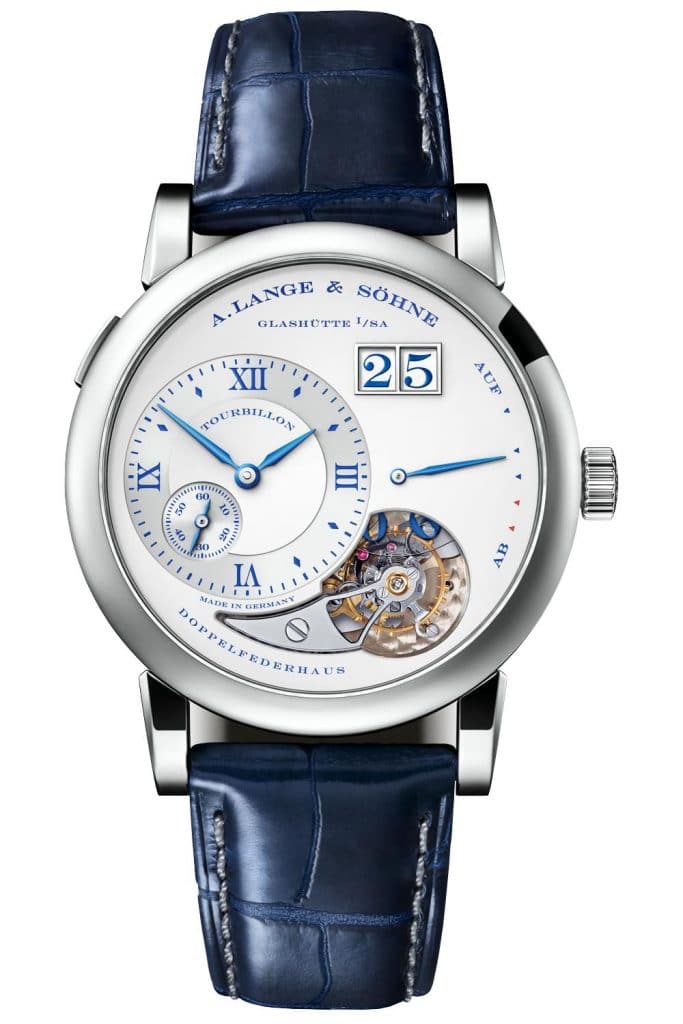 It is a tough ask for any brand to keep a product alive for almost 25 years without making considerable changes to it, and A. Lange & Söhne has managed to do just that with the Lange 1. When launched in 1994 the Lange 1 became a big hit due to its non-conventional asymmetrical dial layout, and that to date makes it stand out amidst its competitors. Sticking to the Lange 1 design ethos this new watch features an off-centered time display on the left of the dial along with the big date complication and the power reserve indicator toward the right. But what makes this one special is the tourbillon mechanism which has been left exposed for the wearers viewing pleasure. Being an anniversary edition, all this information has been presented on a silver background with complementing blue highlights. 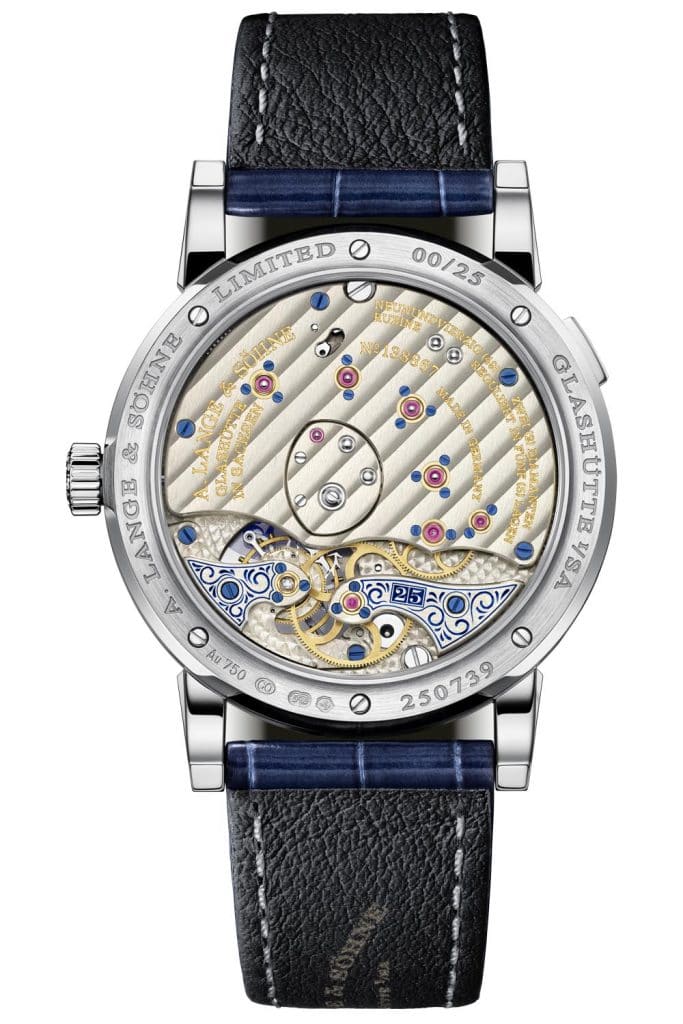 Made from solid white gold the case on the Lange 1 Tourbillon “25th Anniversary” measures 38.5mm wide and just 9.8mm thick making for a great size that would sit comfortably on the wrist and would also slip easily under the cuff of a shirt. It is water-resistant to 30 meters and features a sapphire crystal on both the front as well as the back. The crown at 3 takes care of the timekeeping whereas the pusher at 10 can be used to adjust the date. The watch is powered by the Calibre L961.4. This is a manually wound movement that is exceptionally decorated using Glashütte ribbing, perlage, blued screws, gold chatons, polished bevels to name a few. Also, to pay a tribute to the 25th anniversary of the Lange1 the hand-engraved balance cock features the number “25”. The movement operates at a frequency of 3Hz and offers a healthy power reserve of 72 hours. 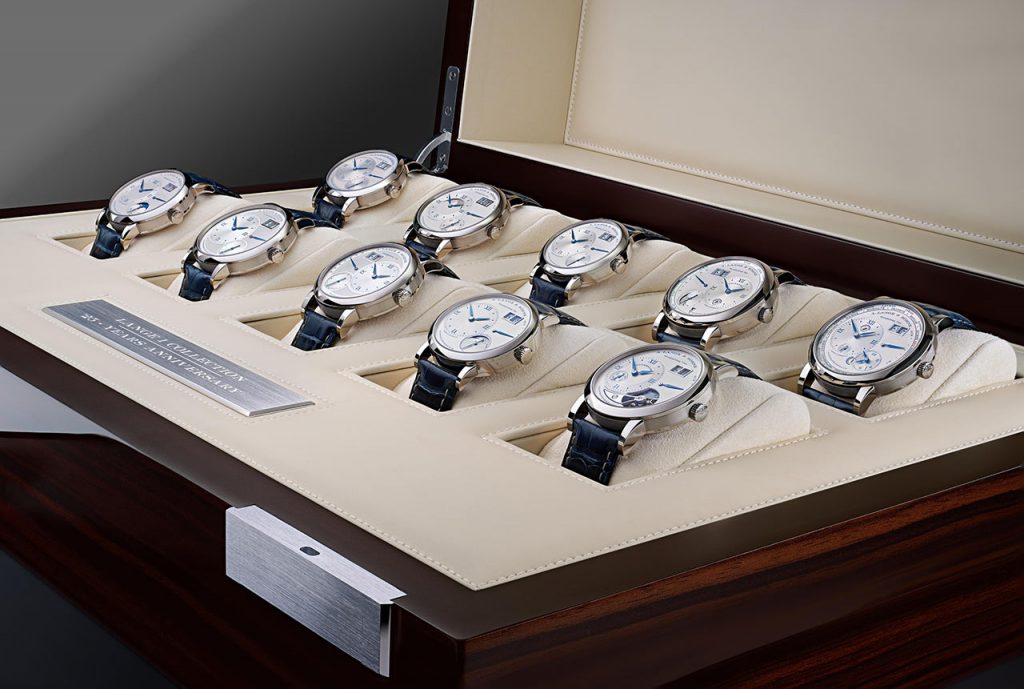 The A. Lange & Söhne Lange 1 Tourbillon “25th anniversary” is a beautiful watch that blends elegance with technical excellence. The watch would come attached to a blue alligator strap with grey stitching and retail for EUR 165,000. Production would be limited to just 25 pieces.