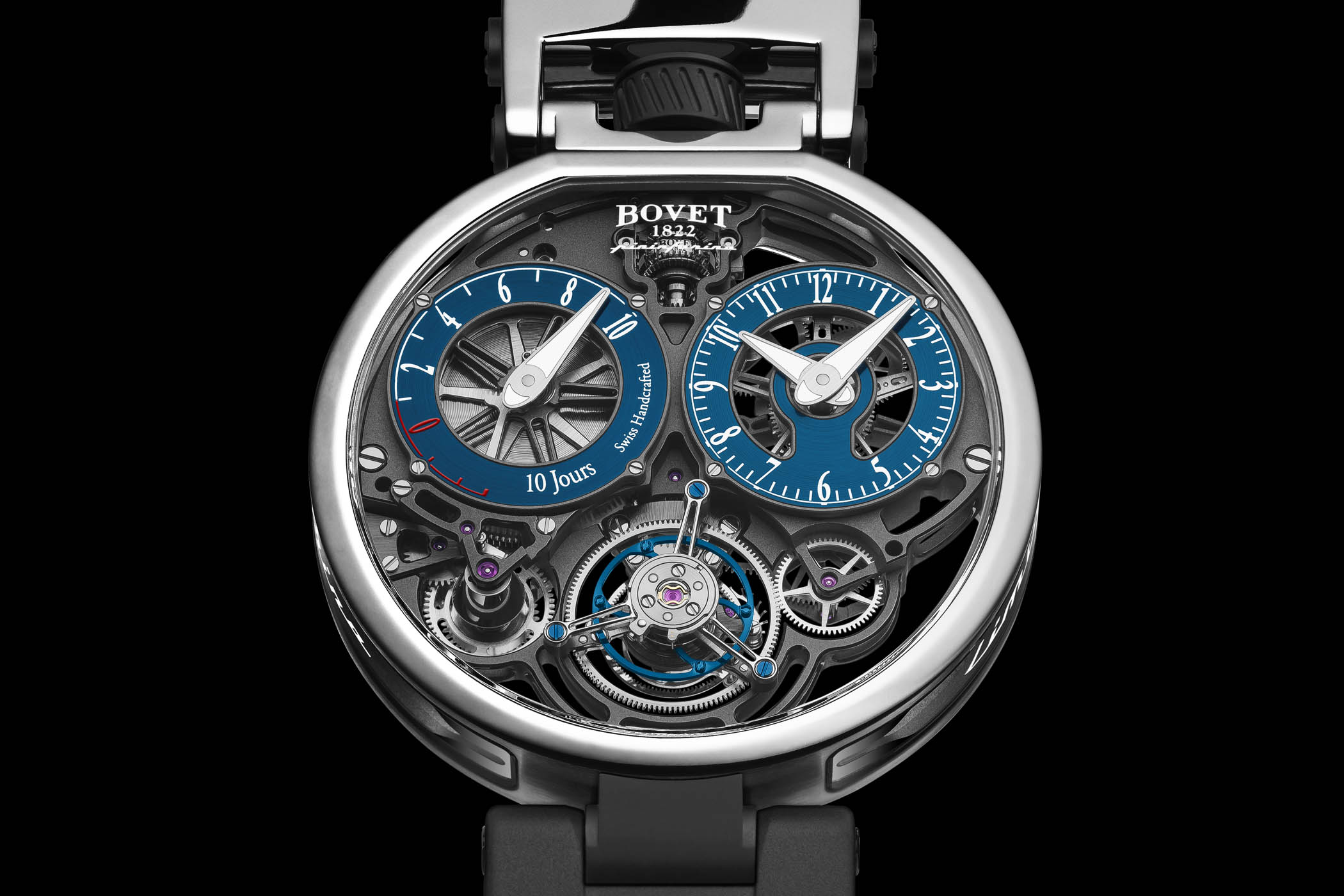 A platinum version of the OttantaSei Tourbillon model was announced before Bovet took home the coveted “Aiguille d’Or” for its mind-blowing Récital 22 Grand Récital astronomical watch, the highest accolade in the watchmaking industry at the GPHG 2018. The watch itself was released in 2010 to celebrate Pininfarina’s 80th anniversary.

Since collectors vie for a piece of it, the brand acquiesced by producing a limited edition of 10 OttantaSei watches in platinum. The 2 brands worked in close collaboration over the years agreeing that the display of time, the double-sided flying tourbillon (regulating organ) and the power reserve indicator (energy) must be given equal weight. 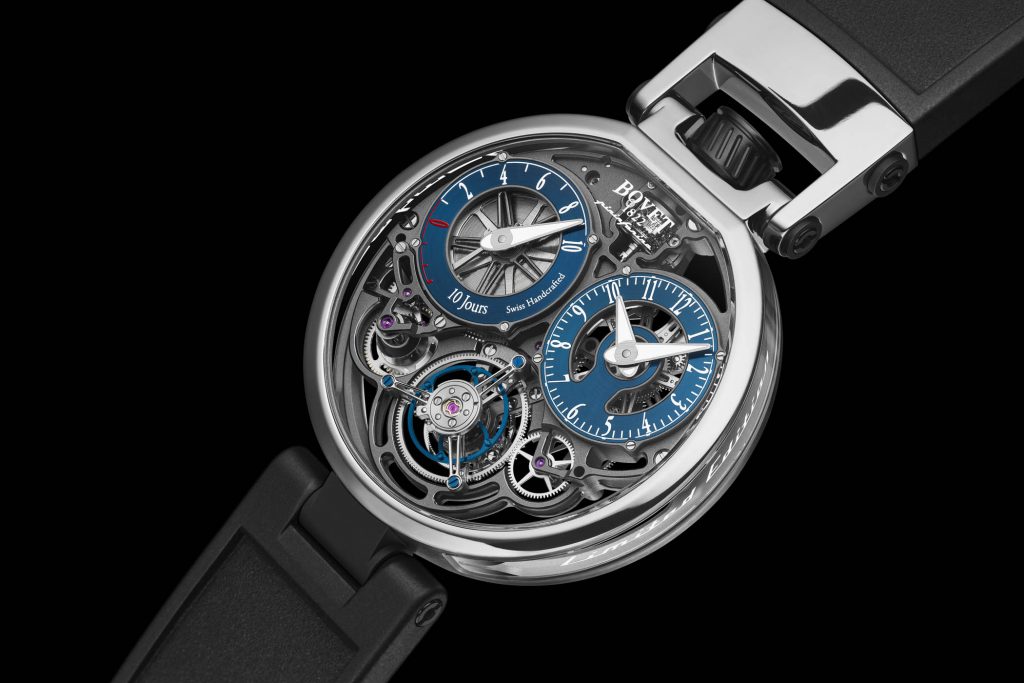 The OttantaSei is a marvelous product showcasing mechanical beauty at its best. The caseback including the flanks are sheathed in sapphire crystal for a fuller view. The distinctive 44mm Pininfarina case of the OttantaSei featuring a crown 12 o’clock is now available in 10 piece edition in platinum.

Being platinum it’s expected to weigh a bit more than the titanium model but the case also features an articulated lug at the top bends that adapts to the contours of the wrist. Overall, the racier attitude is very evident through the combination of grooved winding surface, the crown and the four screws in the upper lug picked out in black that matches the black rubber strap. 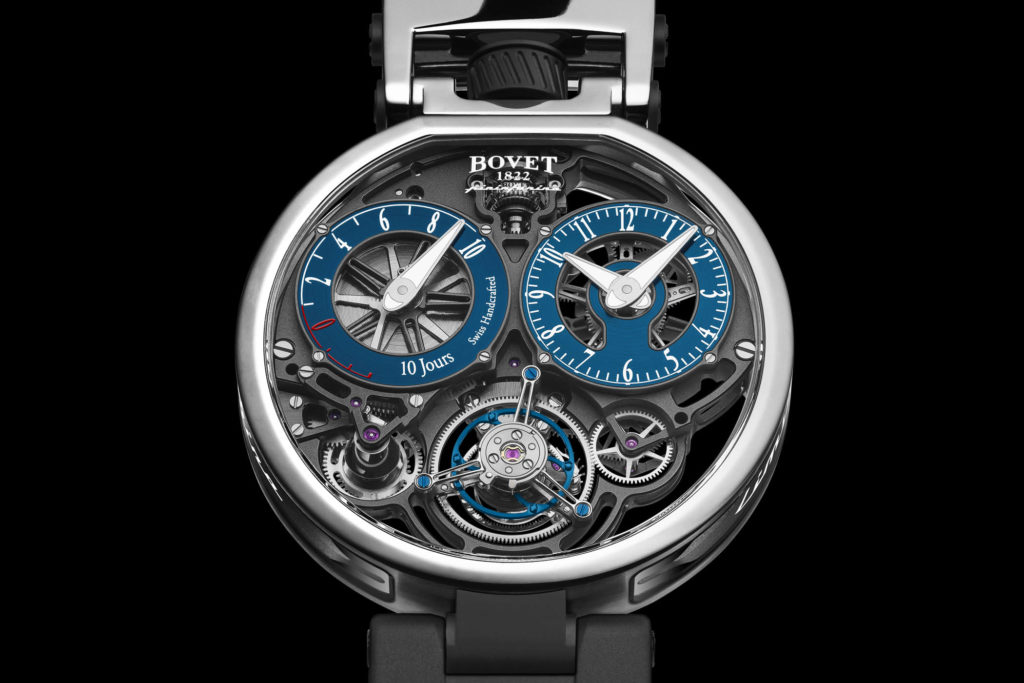 The dial exhibits a cool symmetrical layout. Mind you, the skeletonization is mind-boggling so arriving at this harmony is a big win for the designers. There are 3 blue circles: 2 counters and the perimeter of the flying tourbillon. On the left side is the power indicator with a view of the single barrel that provides the watch with its impressive 10-day power reserve. On the right is the indicator for the hours and minutes with Arabic numerals and large easy-to-read hands and a view of the gear train that drives the hands below. At 6 o’clock is the flying tourbillon. 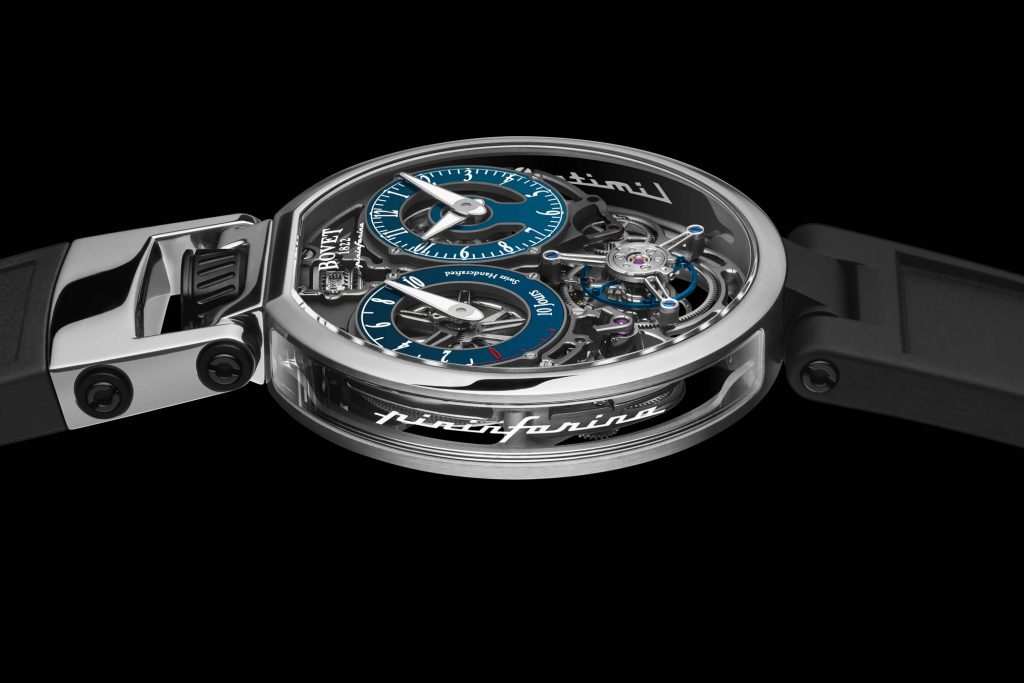 The patented double-sided tourbillon appears as if it’s suspended in space, this is so cool and this is all because of its impressive architecture using almost invisible attachments. Moreover, the escapement and balance spring are positioned on either side of the central fixation point aiding the chronometry of the watch. The plate features sandblasted finishes and decorations associated with Bovet. 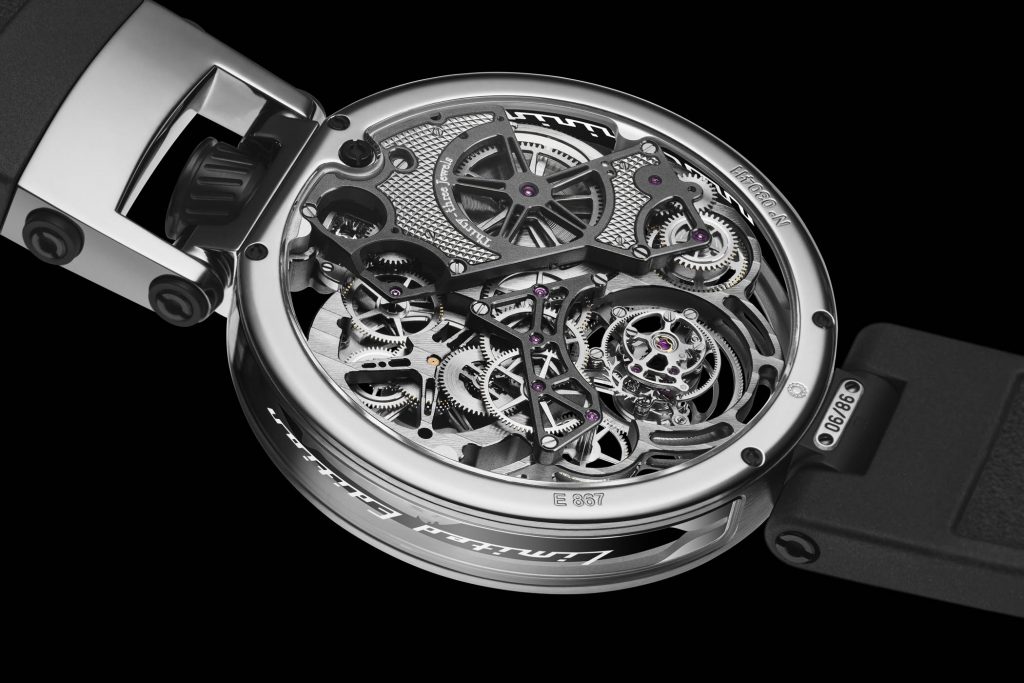 At the back is an even more glorious display of the movement powering the watch. We can see the black-coated openworked bridges, fanciful finishes like the “Clous de Paris” (hobnail) on the plate, and thick Côtes de Genève stripes. Interestingly, the manual-winding movement (17BM03) is equipped with only a single barrel that provides 10 days of power for the hours, minutes, power reserve indicator and tourbillon, a testament to Bovet’s expertise. 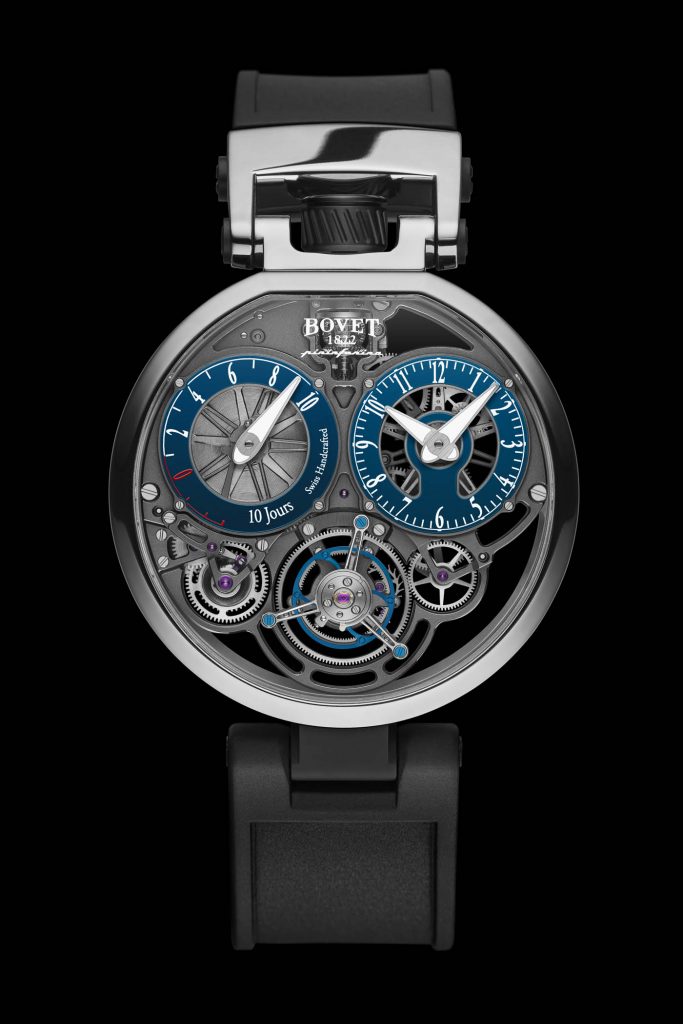 Finally, the 10 OttantaSei watches in platinum wear on a black rubber strap with a titanium folding clasp and it also comes with a 5-year international guarantee. Visit Bovet here.