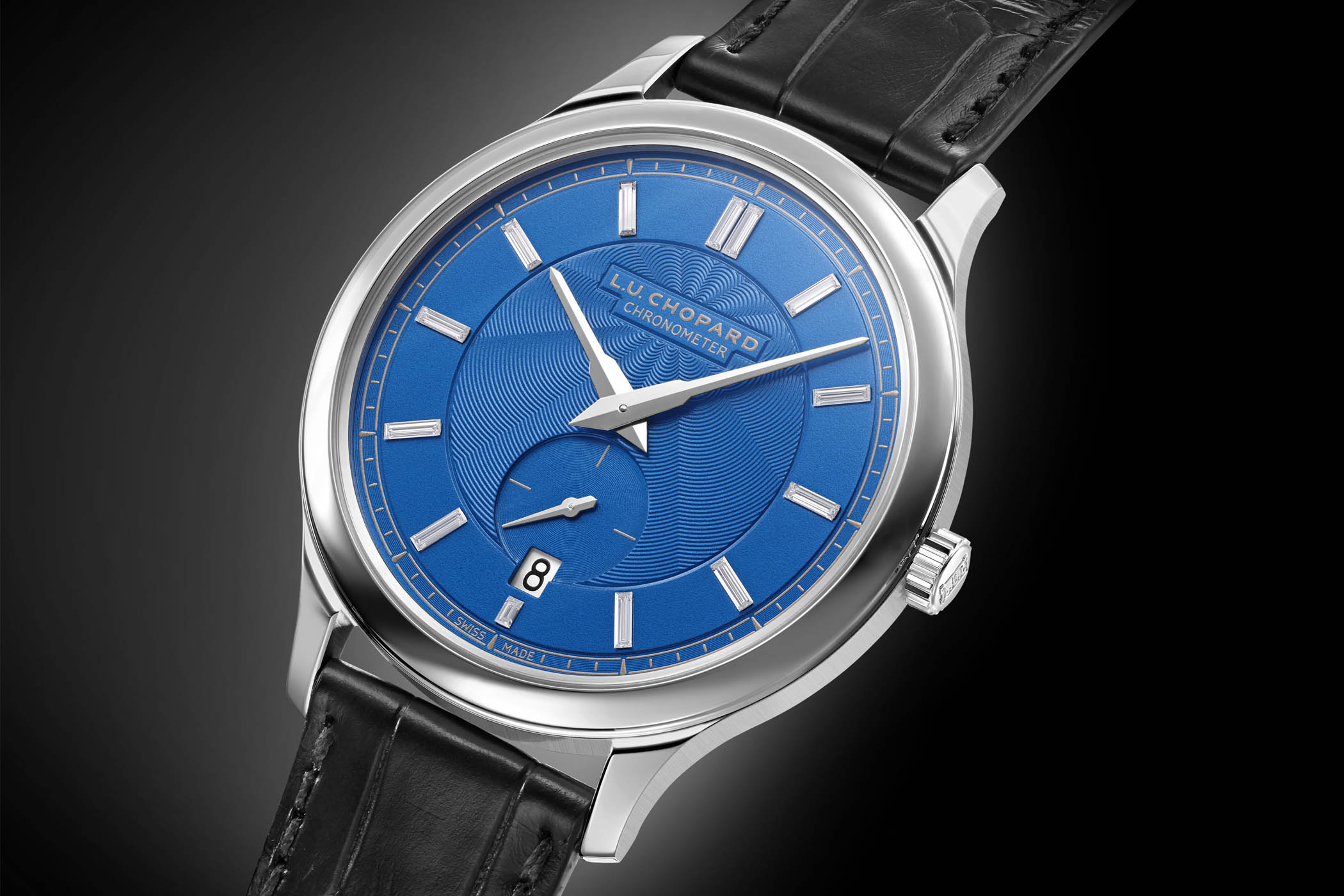 As you know by now (because we’ve covered this brand a lot), Chopard has some of the best sponsorship deals around for watch brands. This includes the Mille Miglia, which the brand has been timing since the 80s, the Grand Prix De Monaco Historique race and the Porsche racing team. All of these are some of the most glamorous events on the planet, but one other that Chopard involves in is even more so: the Cannes Film Festival.

Held in Southern France every year in, well, Cannes, the Cannes Film Festival brings together movie stars, experts and enthusiasts from all over the globe to enjoy one of the most successful forms of art. Chopard is responsible for crafting the top prize of the festival, the Palme d’Or, after it’s co-president Caroline Scheufele redesigned the trophy to appear even more stunning. Chopard also has its own award dedicated to up and coming movie stars, named the Trophée Chopard. 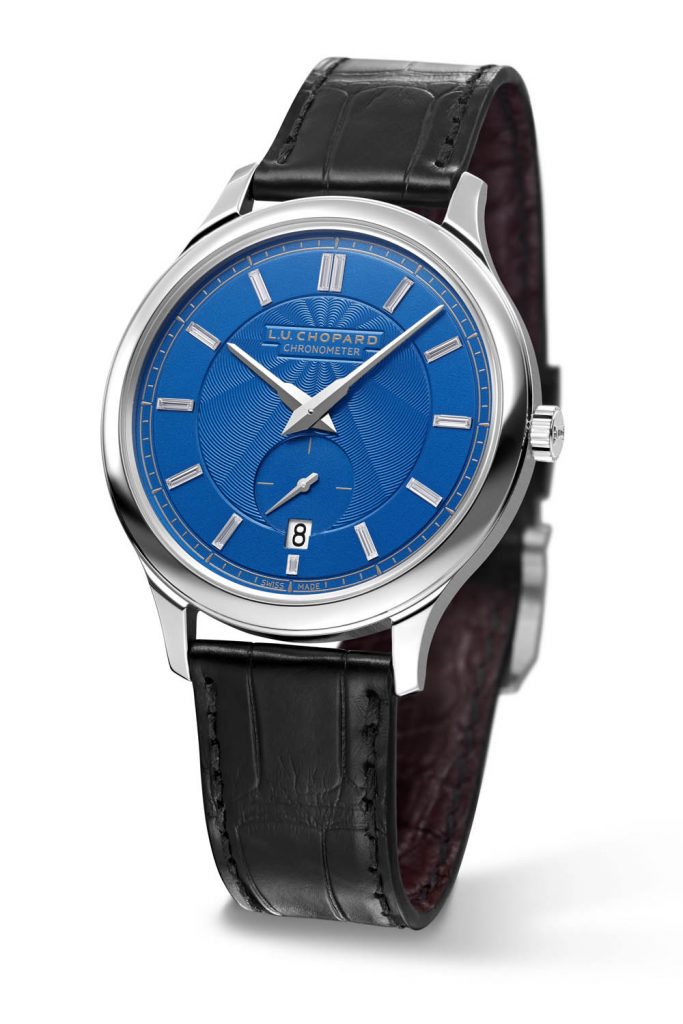 The XPS Azure watch features a light blue (azure) coloured dial, a nice change from the deep and vibrant red of last year’s Red Carpet Edition watch. It still features the diamond markers on the dial which add a little glitz when observed, but not too much. The watch is made of Fairmined white gold, in keeping with Chopard’s ethical stance on the sourcing of its most precious materials.

For those interested, this watch fits the demands of a dress watch beautifully. The case is 40mm in diameter and a restrained 7.2mm thick. The dial is unfussy despite its colouration, and the watch comes on a fantastic leather strap too. 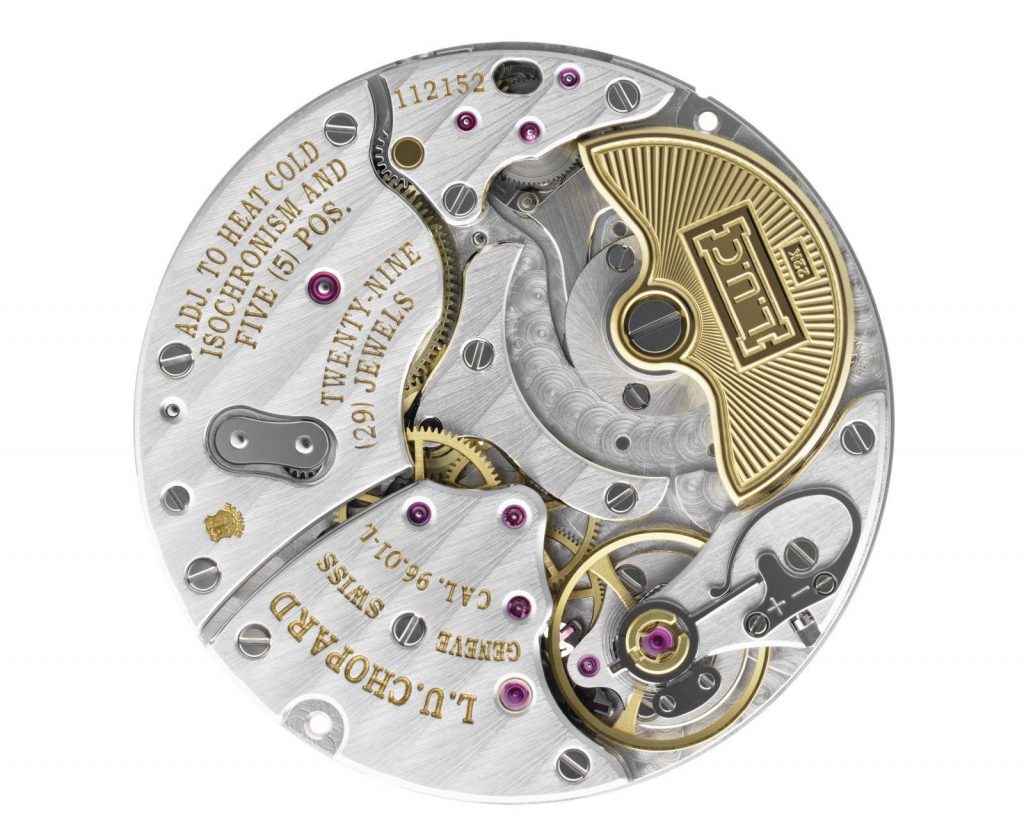 Inside the case beats the in-house made L.U.C 96.01-L movement featuring Chopard’s proprietary Twin Technology, incorporating two barrels for a longer power reserve of 65 hours. It is paired to a solid 22K gold micro-rotor, no less. This movement has been awarded the Geneva Seal for its excellence, and rightly so, the Calibre 96 has long been L.U.Chopard’s go-to, it’s been described as one of the best after all, and it wouldn’t be a firm favourite of Philippe Dufour if it were anything less than exceptional.

The new L.U.C XPS Azure from Chopard looks set to take centre stage at this year’s festival. Luckily, we’ve been informed that Mr Bean’s annual summer getaway will not coincide with this year’s festival. Not like he’d get his hands on it anyway, there will only be ten available at a price of 37,800 Swiss Francs each.