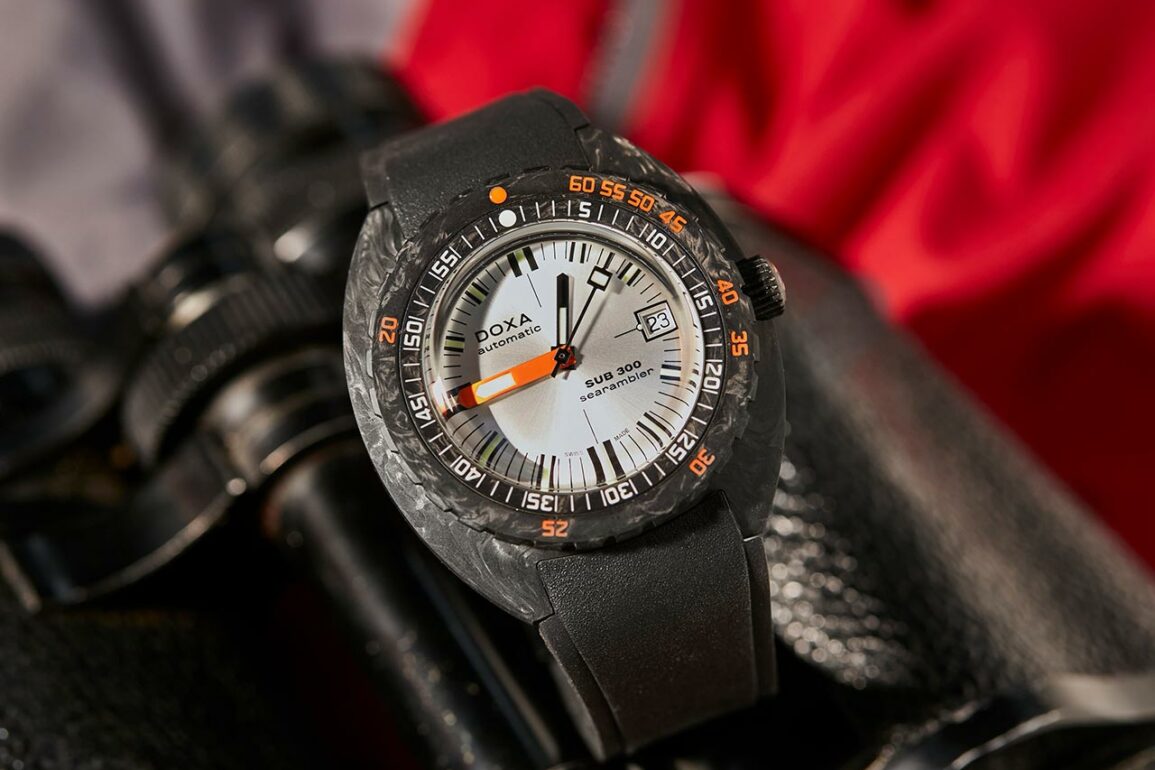 I think it would be fair to say that Doxa is one of the firm favourites of WristReview. It doesn’t matter how often we cover them; we’re always pleased with what they produce for the price they charge. The Sub 300 collection is a range of watches that we think are pretty fantastic, and we love the array of colours that Doxa offers. Luckily for us (and you), Doxa has added a new variation to the Sub 300 line called the Sub 300 Carbon COSC, and it looks good. 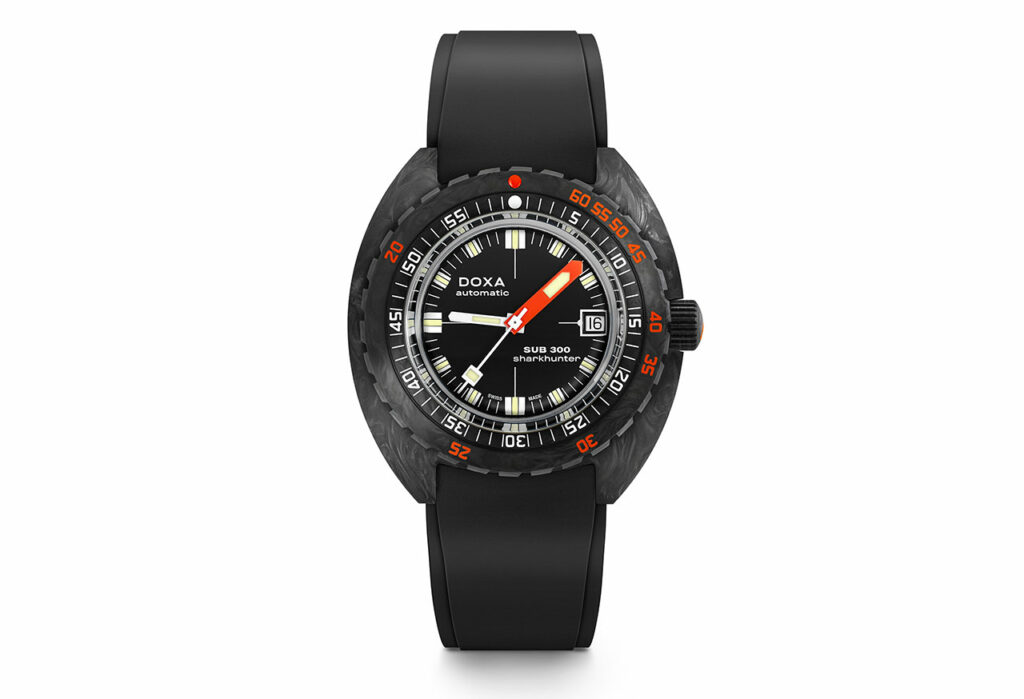 The outline of the cases hasn’t changed a bit. It’s still Doxa’s unique barrel shape with a chunky bezel and a dial that’s super easy to read. It’s 42.5mm in diameter, but the most exciting part is the material the cases are made of. Rather than steel or titanium, Doxa has used forged carbon for a distinctive appearance that looks somewhat like that of Damascus steel but in a stealthy black colour. 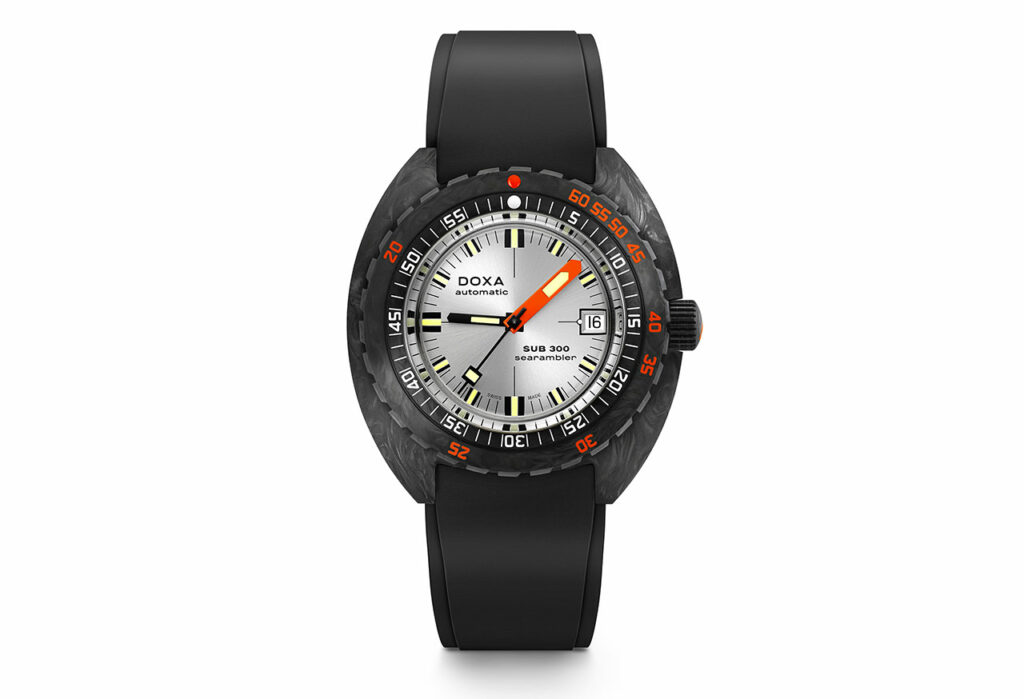 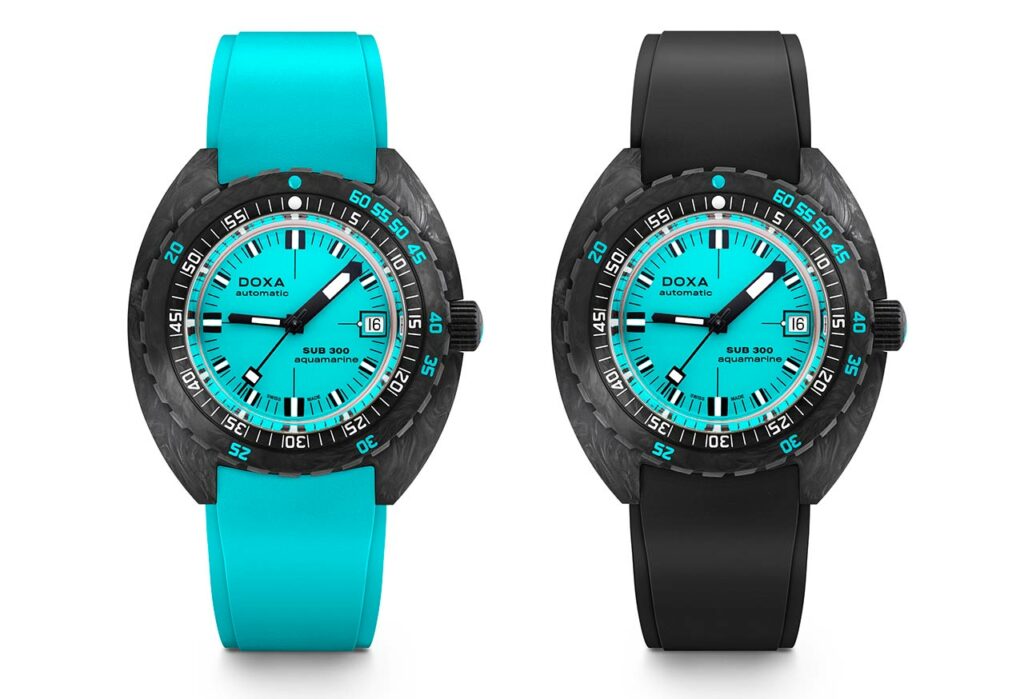 Contrasting the random patterns set on the inky black case are the dials. Doxa has given all the classic dial colours names. The Doxa standard orange is called Professional, a classic black called Sharkhunter, a matte navy colour called Caribbean, a turquoise colour named Aquamarine, the silver colour called Searambler and the yellow, which has been named Divingstar. They all have their name written on the dial, and the Aquamarine and Divingstar also see their colours extend to the bezel markers. 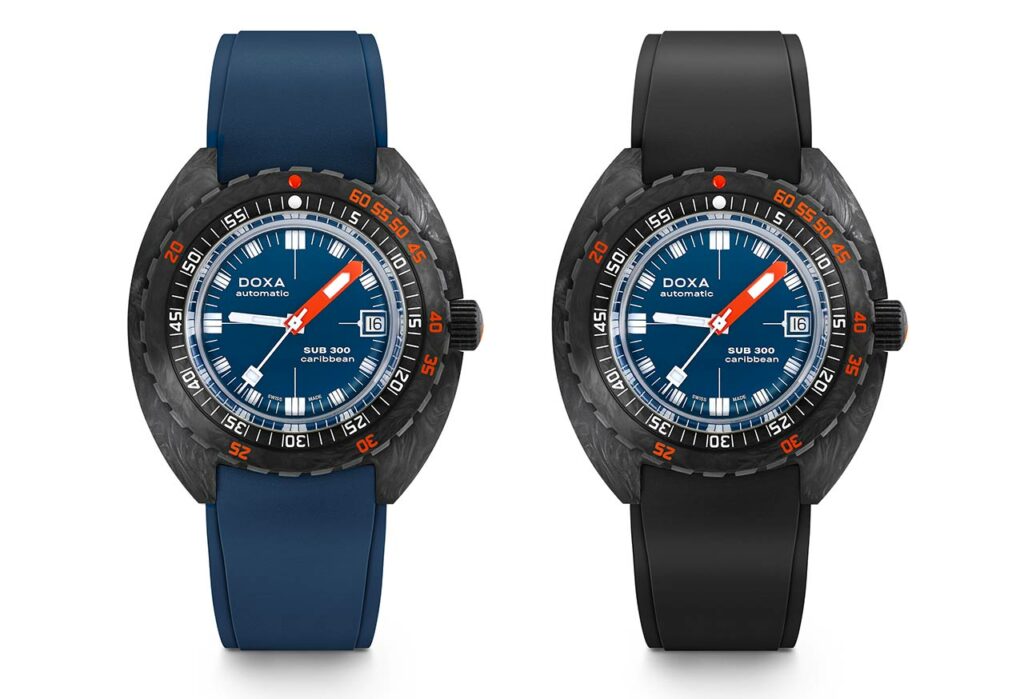 Inside each 300m, water-resistant case sits the ETA calibre 2824-2. The version used in these watches has been awarded a chronometer rating for its accuracy by the COSC, Switzerland’s main authority for regulating watches. The movement, obscured by a solid black caseback, runs at 4Hz and provides a power reserve of 38-hours. 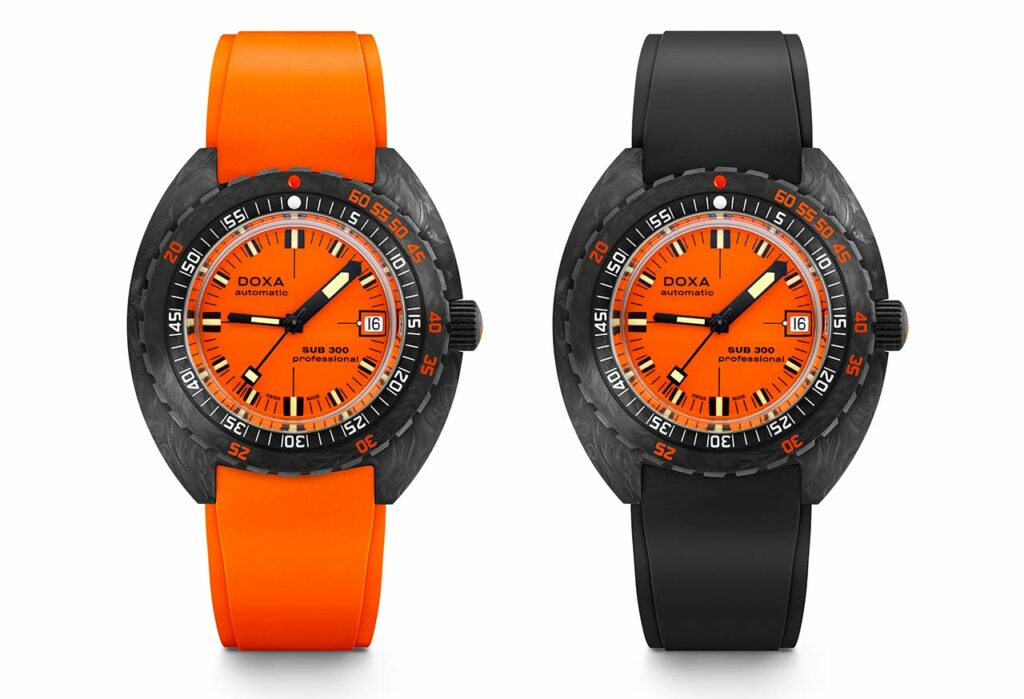 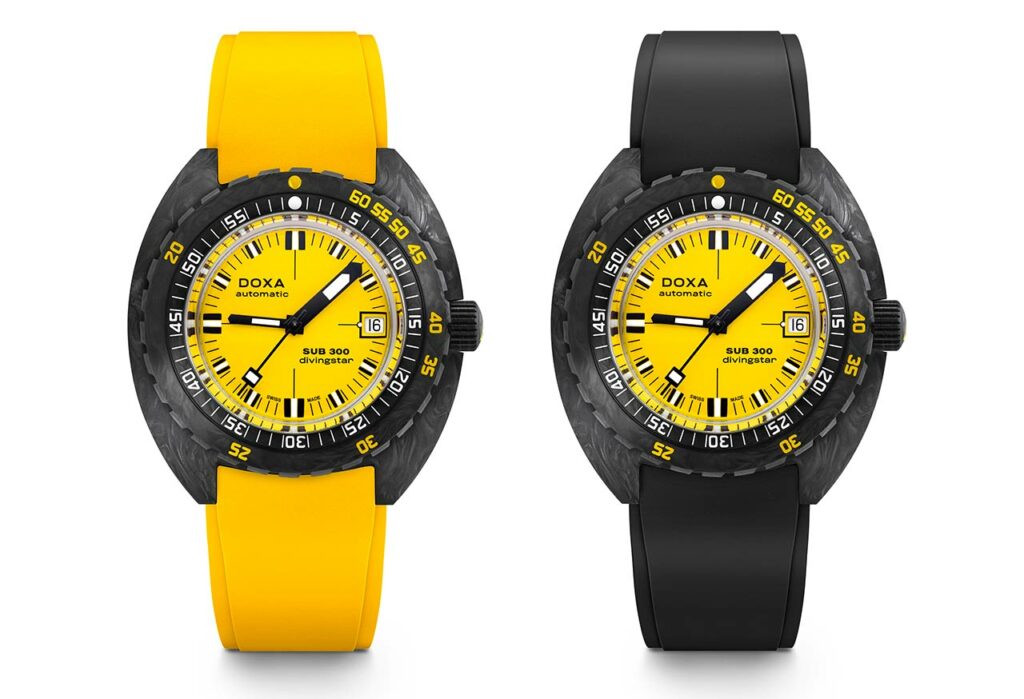 It’s nice to see that Doxa has been able to invigorate the Sub 300 collection once more, and it’s added a truly interesting and creative line to its already great selection of watches. These aren’t limited edition, but they are a little pricey at CHF3790. This price reflects the costs involved in using forged carbon for the cases.