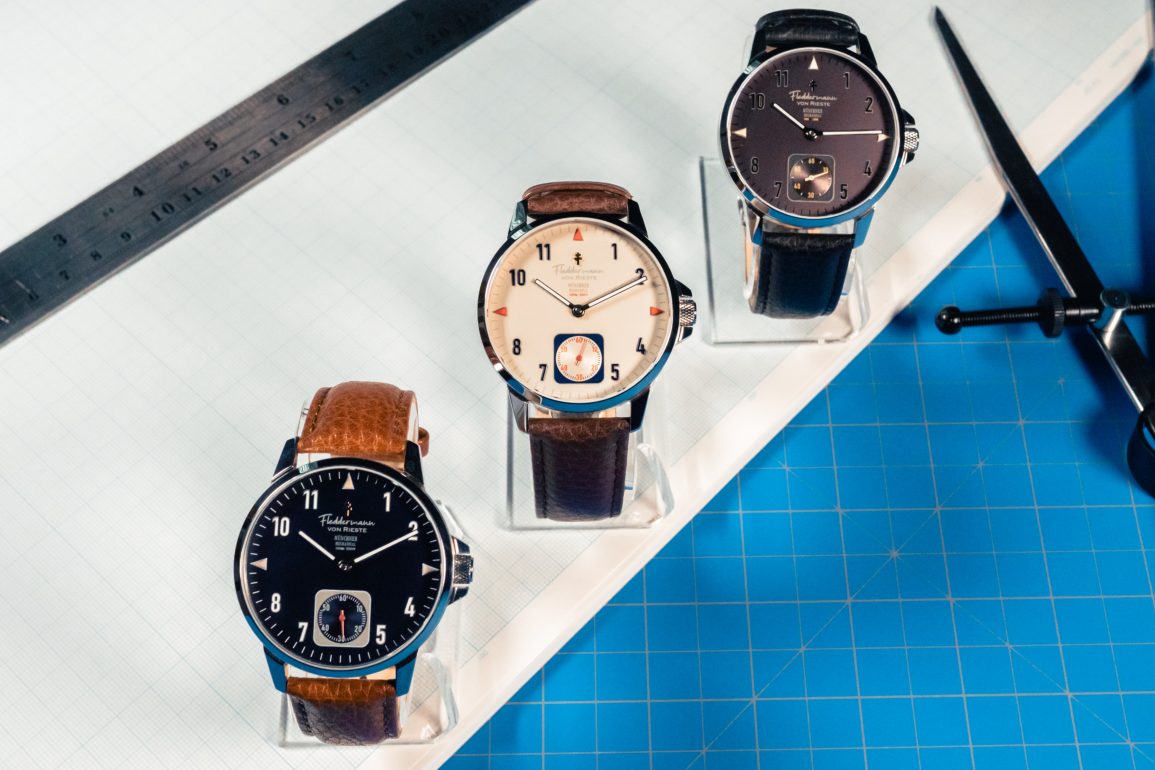 The Indiana-based microbrand is launching the time-only, German-inspired Münchner on Kickstarter.

There’s a new brand in town called Fleddermann von Rieste that’s based in the United States (Indiana), but it’s first watch has clear German inspiration. It all started with an old Bulova watch that belonged to the great-grandfather of the founders (with German ancestry). He was a struggling farmer during the great depression, but still invested in the timepiece that has since become a cherished heirloom. The inaugural watch is bold with a larger than usual case diameter, but it’s a well-executed, time-only piece with a Swiss movement that can dress up or down. 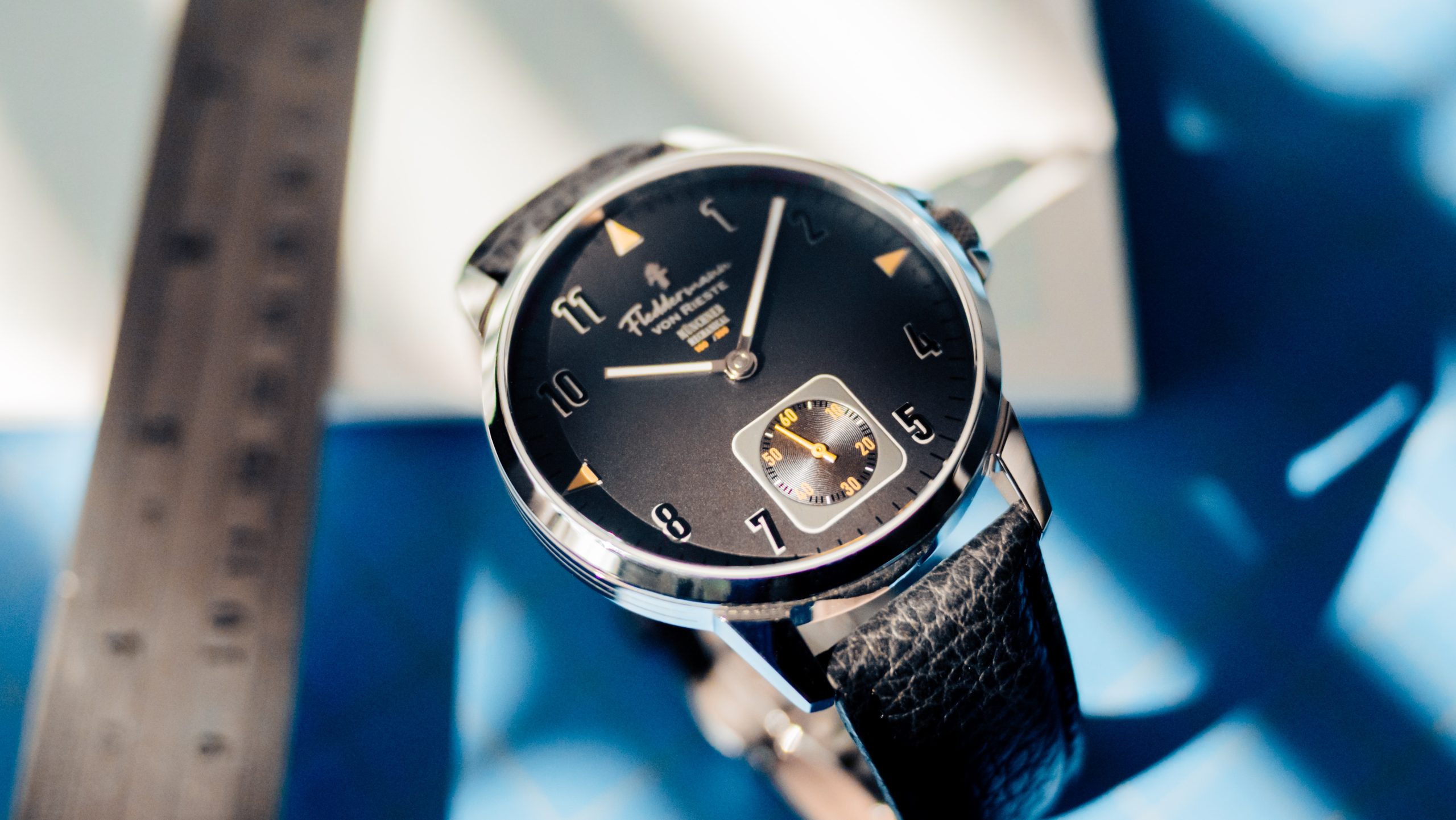 I have relatively small wrists, but usually prefer watches that are 40mm in diameter and above. The Münchner does push the limit a bit with a 44mm diameter, but thickness isn’t bad at 11mm (lug-to-lug is 52mm). It’s right at the border of what I’m comfortable with. The stainless steel case is polished with a nice crown guard and signed push/pull crown, and water resistance is a respectable 100 meters. This isn’t a themed watch per se, but there’s a subtle reference to Munich, Germany on the case. A pair of engraved lines running down both sides represent the twin spires of the Frauenkirche, a 15th-century cathedral in Munich. A sapphire crystal protects the dial, while the screw-down case back is solid steel. 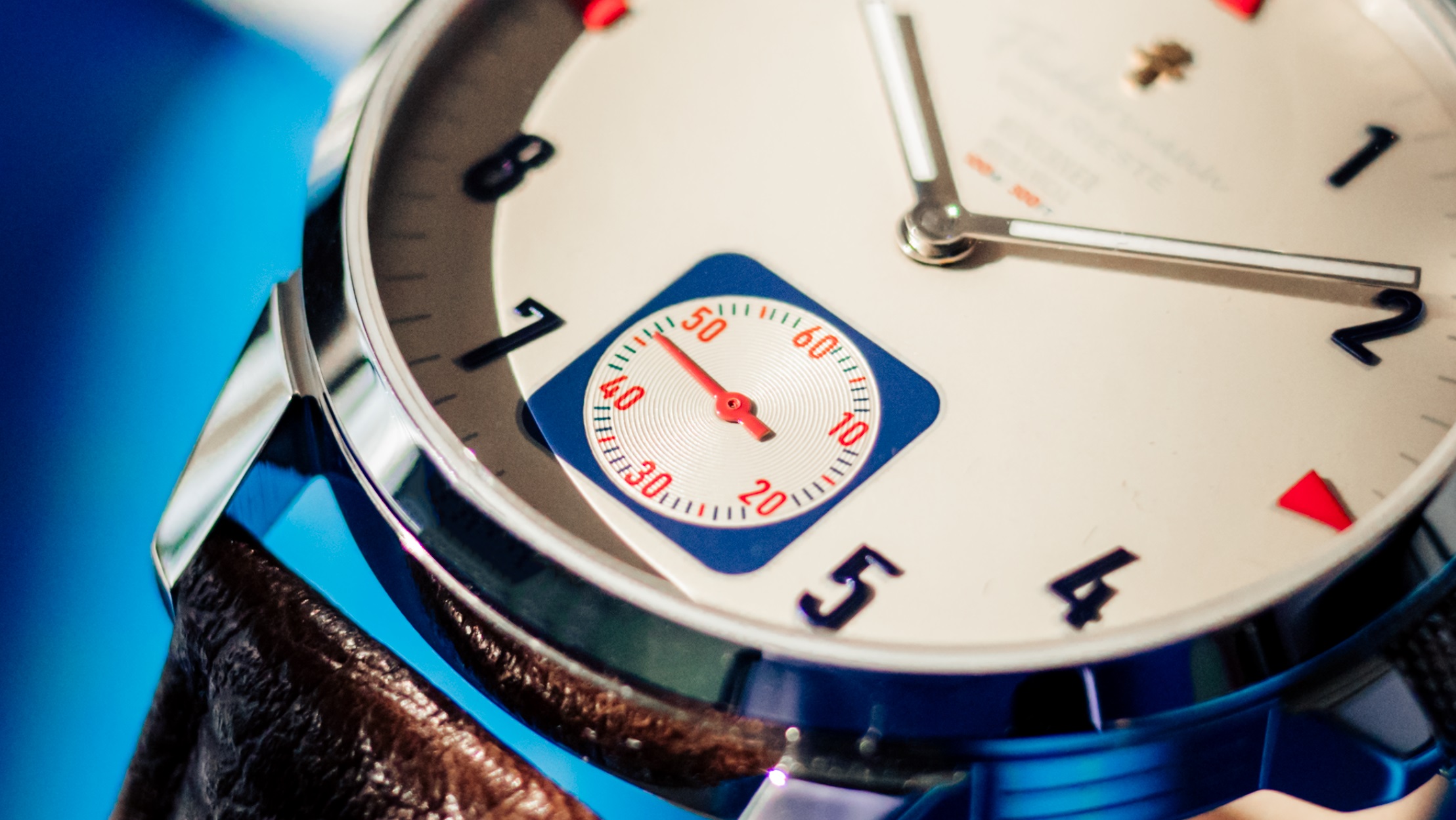 The dial has another German reference with the square small seconds sub-dial at 6 o’clock. It represents Munich’s independent streak and the city squares where Münchners come together. Within the square is a nice circular snailed pattern. Just below 12 o’clock is an applied Cross of Lorraine – a two-barred cross with a long history representing human rights and the opposition to tyranny (more on this later). 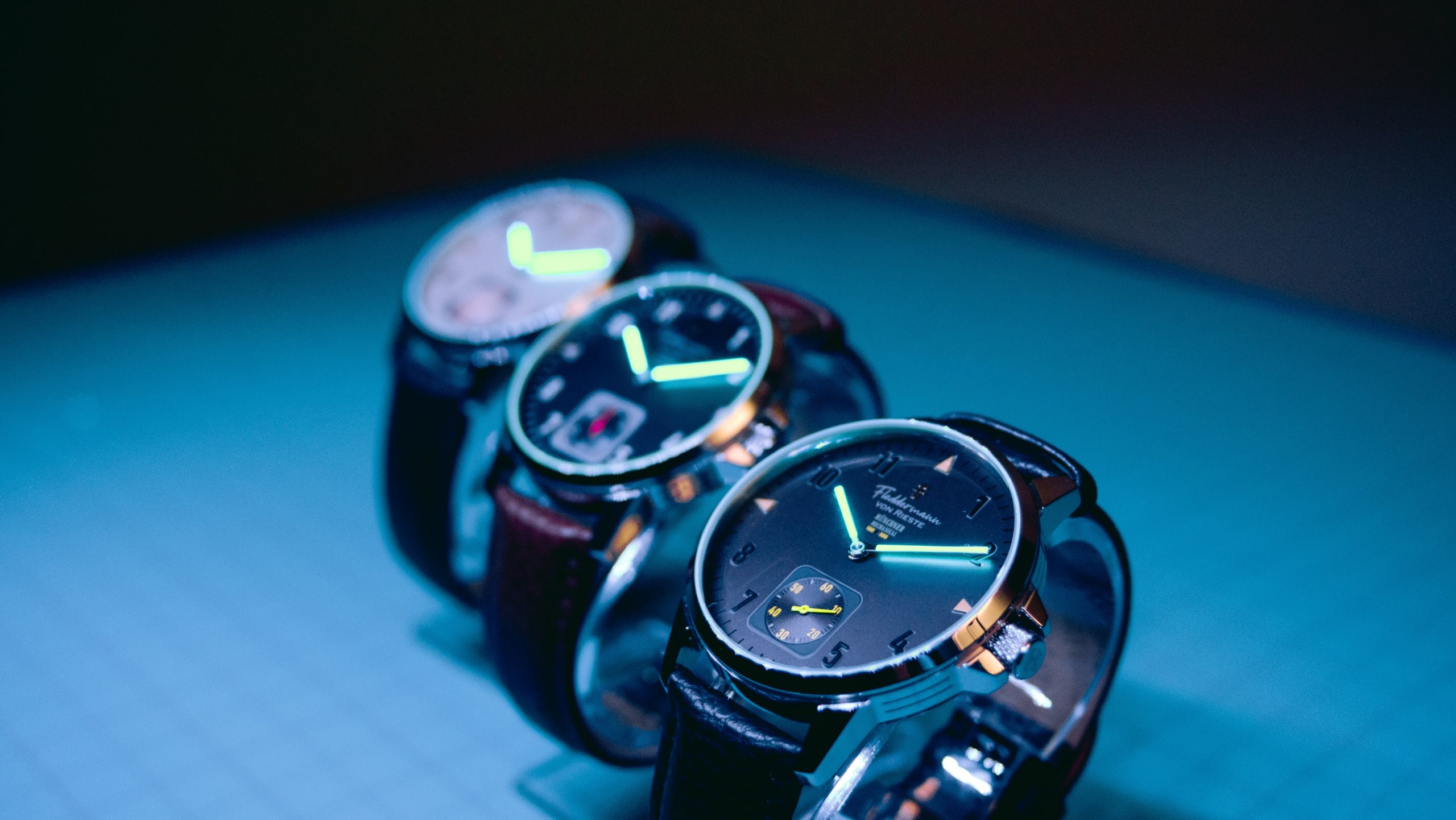 The applied Arabic numerals and triangular indices are not coated in lume – only the stick hour and minute hands have lume inserts. There are three dial colors to choose from, Victory Blue, Charcoal or Antique Map, and the watch comes fitted with a 22mm Italian leather strap with deployant clasp. Color options include Cognac, Black or Mahogany. 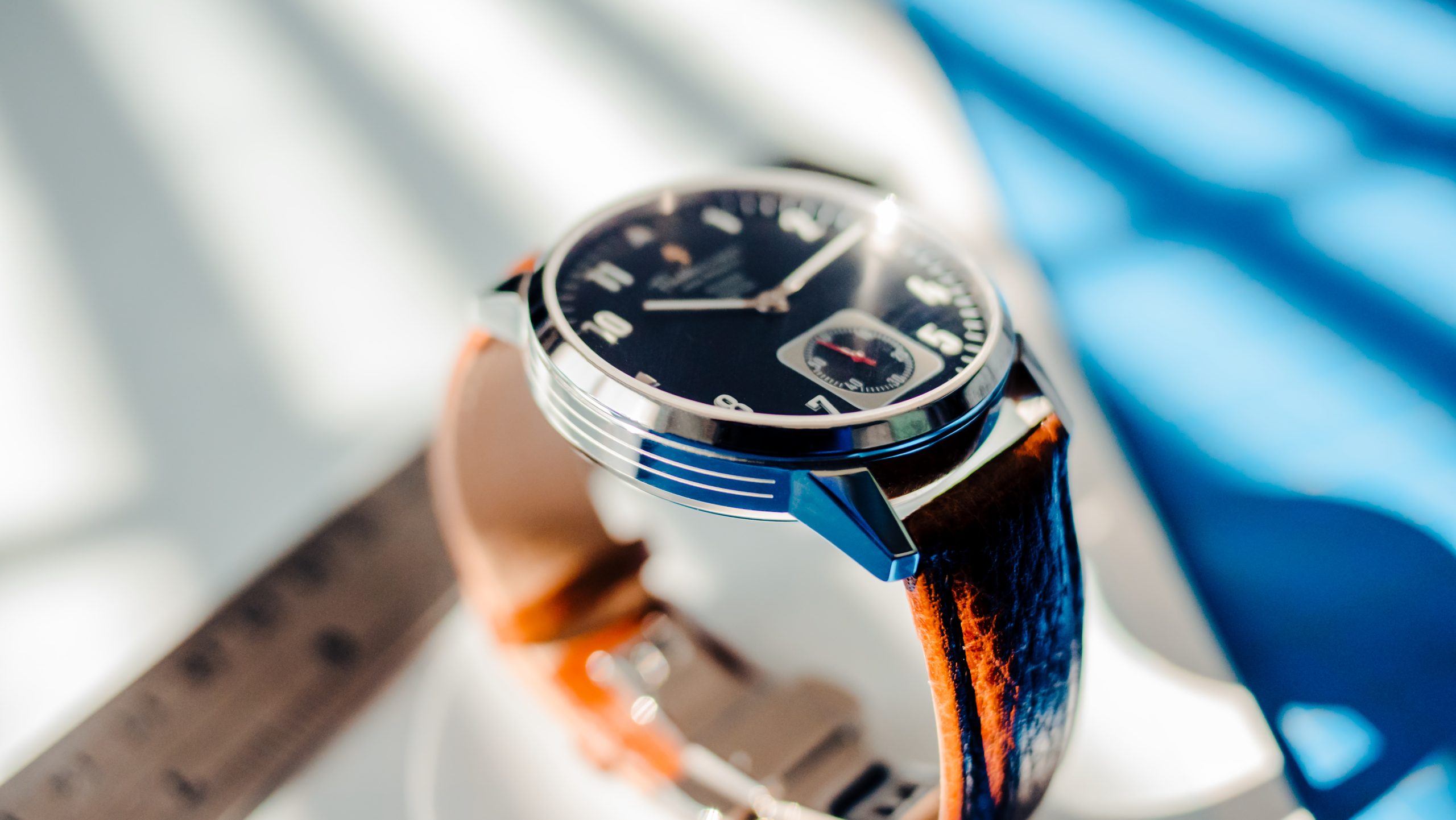 Powering the Münchner is a Sellita SW260-1 automatic, based on the SW200-1. It’s nice (and surprising) to see this inaugural piece house a Swiss movement over something more accessible from Seiko or Miyota. It has 31 jewels, beats at 4Hz with a power reserve of 38 hours. There’s a date complication, but Fleddermann von Rieste chose not to utilize it for a cleaner dial. The movement is fairly well decorated with perlage and Côtes de Genève, but is again concealed by the solid case back. 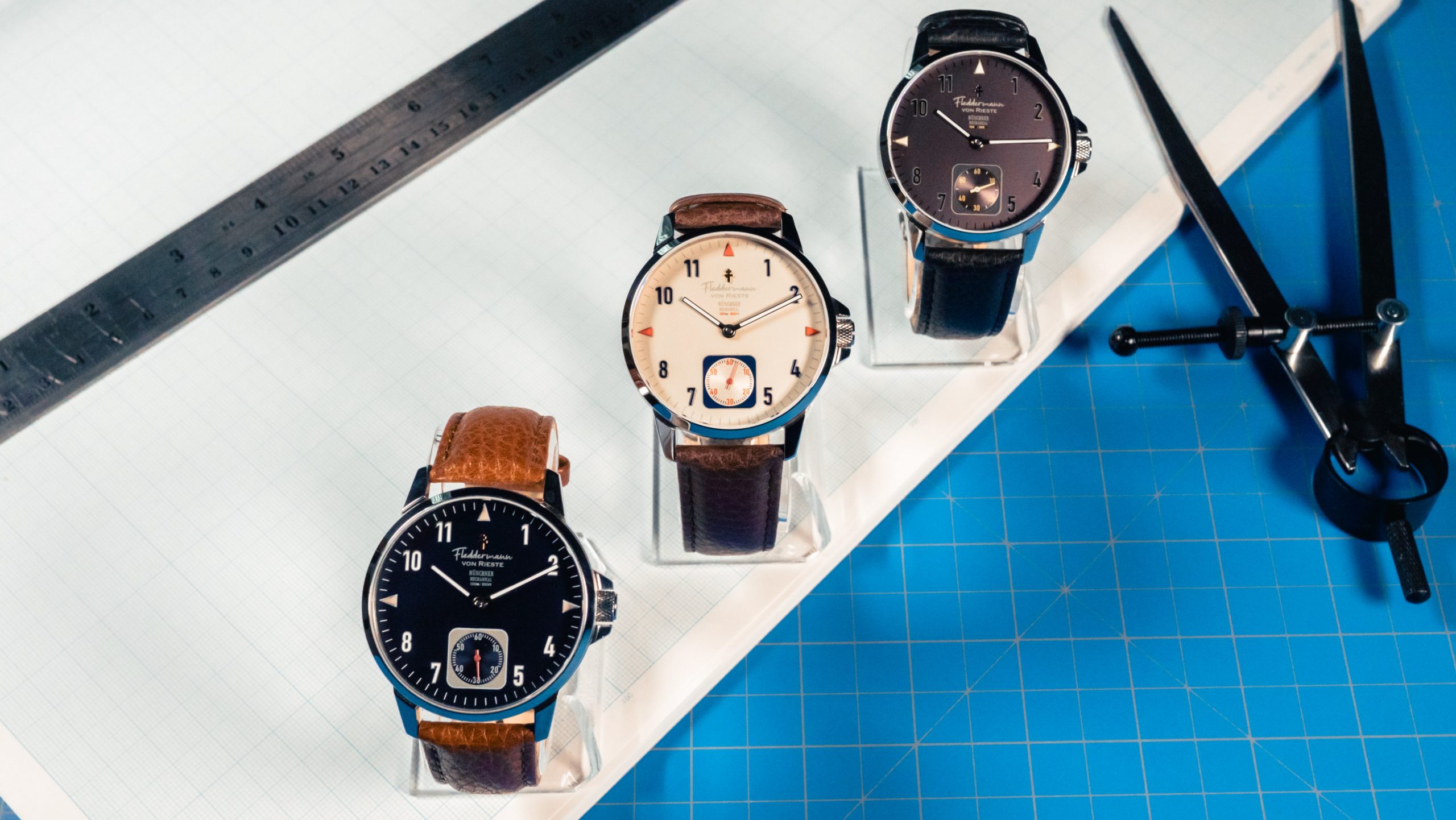 The Münchner launches on Kickstarter on May 1st with an Early Bird price of USD 550 for the first 50 orders. The next 100 orders will be USD 650, while the following 150 orders will climb to USD 750. The final retail price is a bit steep at USD 999. The Early Bird price is solid for what’s being offered, so definitely place an order soon if you’re interested. Also, going back to the Cross of Lorraine, the brand will donate a percentage of profits to charities that help previously incarcerated individuals successfully re-enter society and the workforce. As Fleddermann von Rieste says, “To error is human and every person should be allowed the opportunity to make amends for their past.” In addition, a portion of proceeds will be donated to help Ukrainians during this crisis.