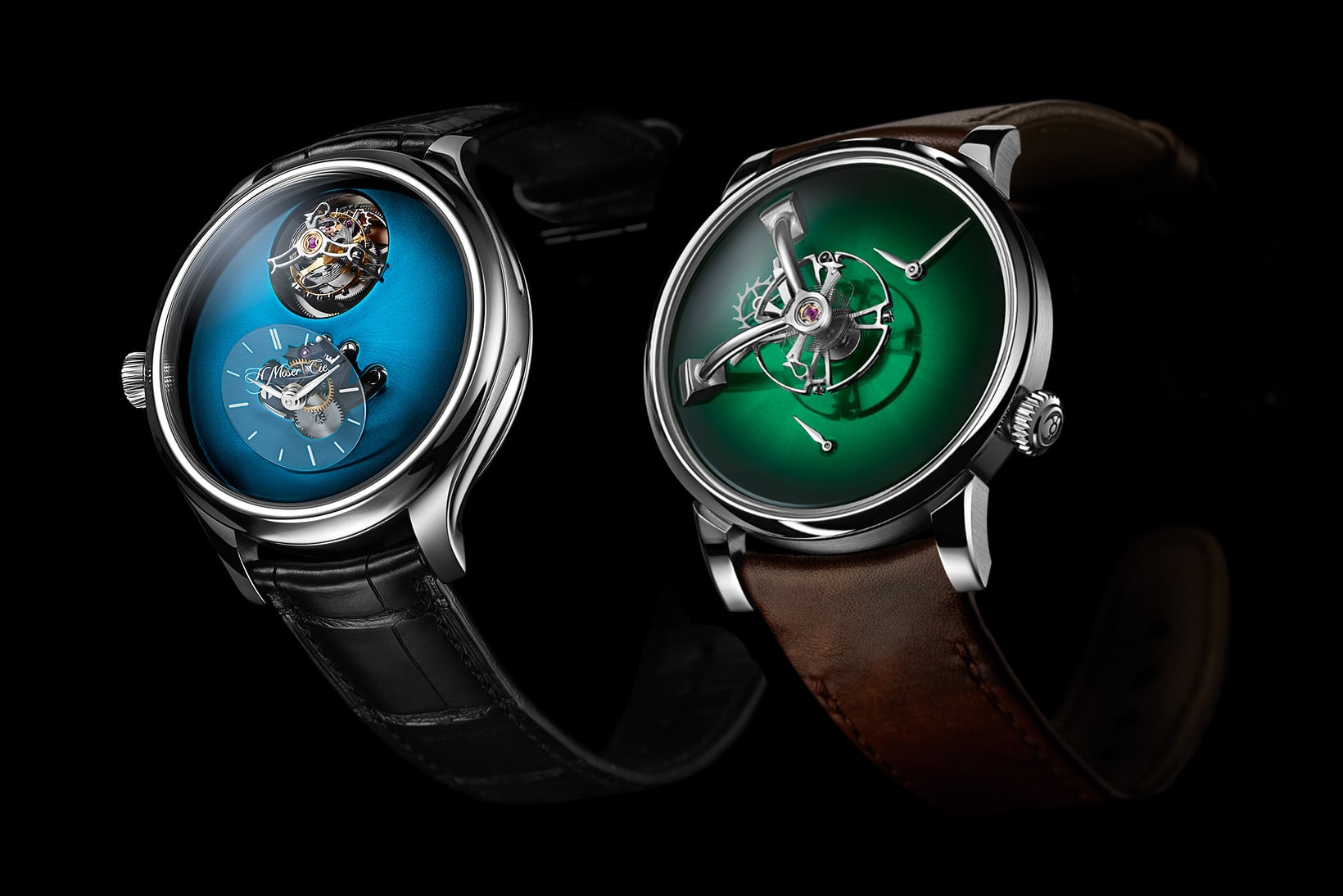 You know when you get a combination of two things, and it’s just a match made in heaven? I’m thinking something like Cadbury’s Dairy Milk & Oreo level heaven. Well now, there’s a new partnership on the block, and it’s between H. Moser & Cie and MB&F. They have produced two unique watches that combine their brand’s DNA in different ways, one using the classic MB&F layout, and the other using H. Moser & Cie’s expertise with tourbillons. Let’s take a look. 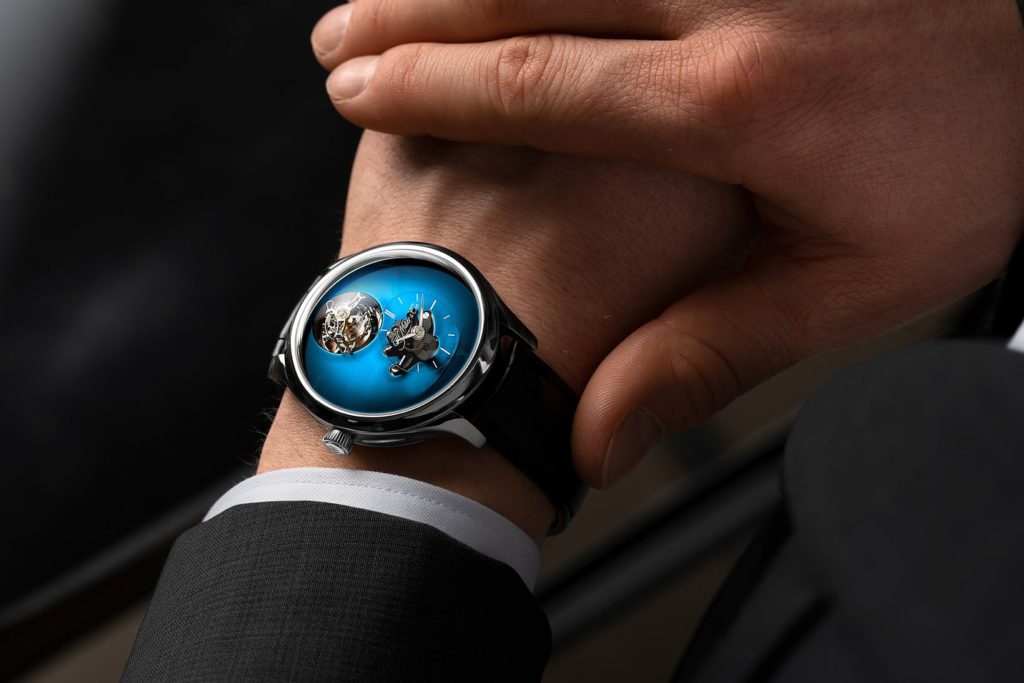 Up first is the Moser piece that’s had a dusting of MB&F sprinkled over, the Endeavour Cylindrical Tourbillon. This watch uses a cylindrical hairspring on its balance wheel, rather than a traditional flat or overcoil spring. These are extremely hard to make and deserve their own article to explain. To keep it brief, the shape of the spring means that it can expand and contract perfectly and evenly across the entire oscillation of the balance wheel. This means that the watch is more accurate than a regular flat hairspring and indeed more accurate than an overcoil too. You don’t see it so often due to its complexity and the fact that it’s quite large, meaning you get a thicker watch. 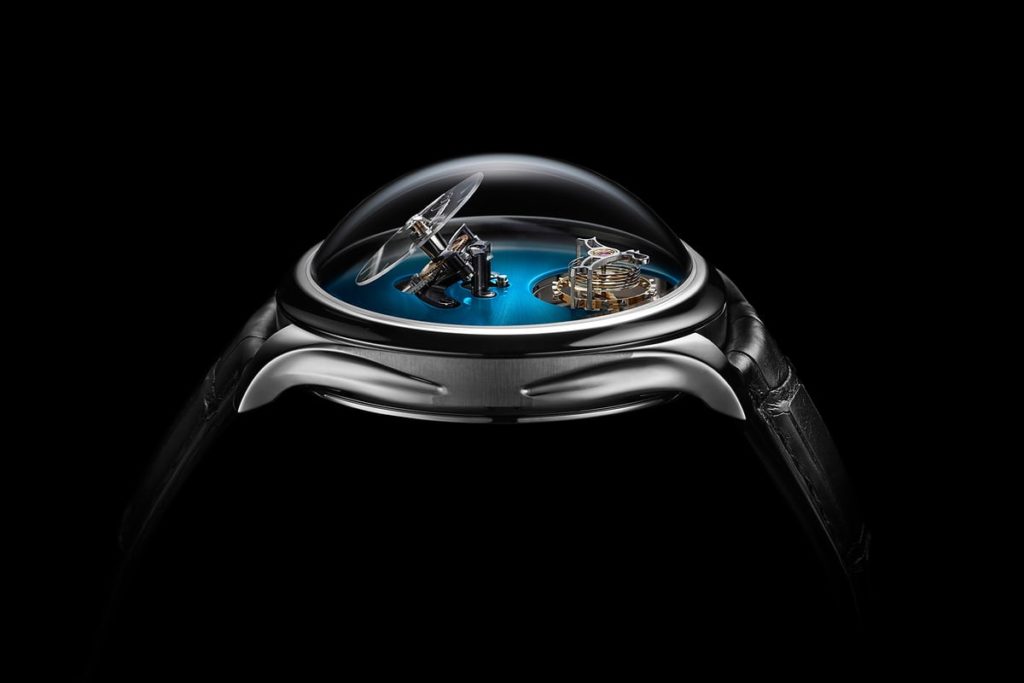 That extra depth is easily observed in the Endeavour Cylindrical Tourbillon. The automatic calibre is called the HMC 810, and the tourbillon ascends through the dial thanks to its cylindrical hairspring. At the 6 O’clock position is MB&F’s primary influence here. The time dial has been inclined to 40 degrees and is mostly translucent with blue hands, giving this a modern yet minimalistic design. The differential behind the dial that allows the hands to work is also displayed and has been immaculately finished. Despite all this complexity, the watch has a 72-hour power reserve, making it somewhat useful. It does have an enormous domed sapphire crystal, though, so tight cuffs will not get on well with this one. It measures in at 42mm in diameter and 19.5mm thick and is made from stainless steel. There will be five colours for the dial, and a total of 75 watches made with each costing $79,000. 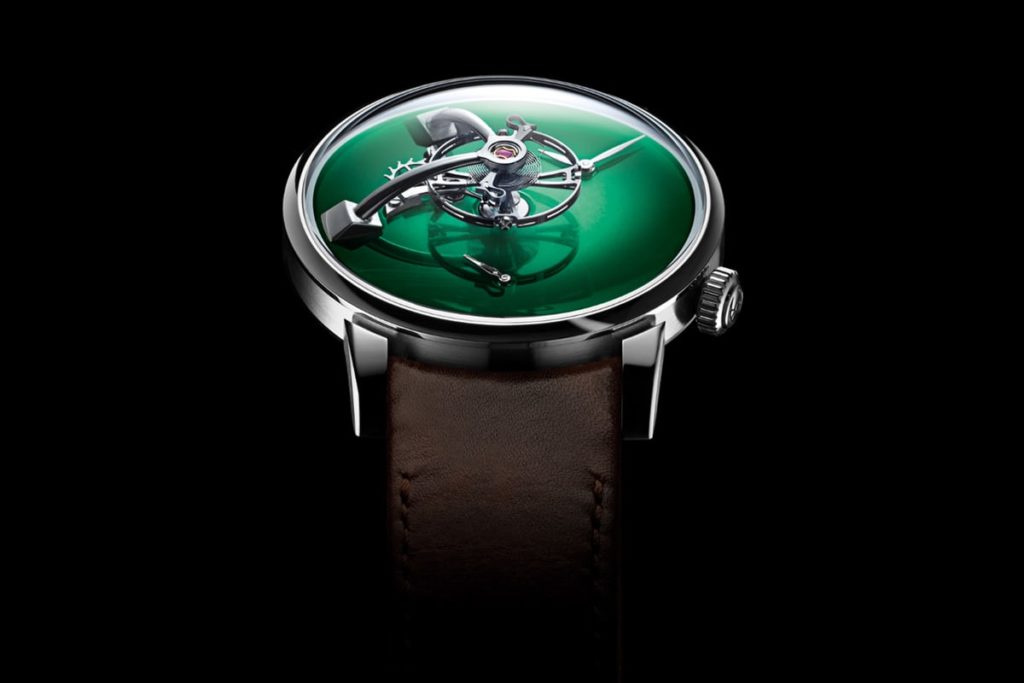 The alternative is called the MB&F x Moser LM101, essentially an MB&F with Moser DNA added to it. The charismatic design remains, including the MB&F hallmark balance wheel that floats over the dial. It’s also got a Moser Fumé gradient dial and Moser’s standard leaf hands telling the time. Where Moser’s influence kicks in is with the hands which have no markers at all. It’s manually wound with a 2.5Hz beat rate as you find on the “standard” MB&F. It’s also a little smaller, measuring at 40mm wide and 16mm thick yet it still has the domed sapphire crystal. There will be 60 of these in total, with four different dial colours, each watch will cost a mere $52,000. 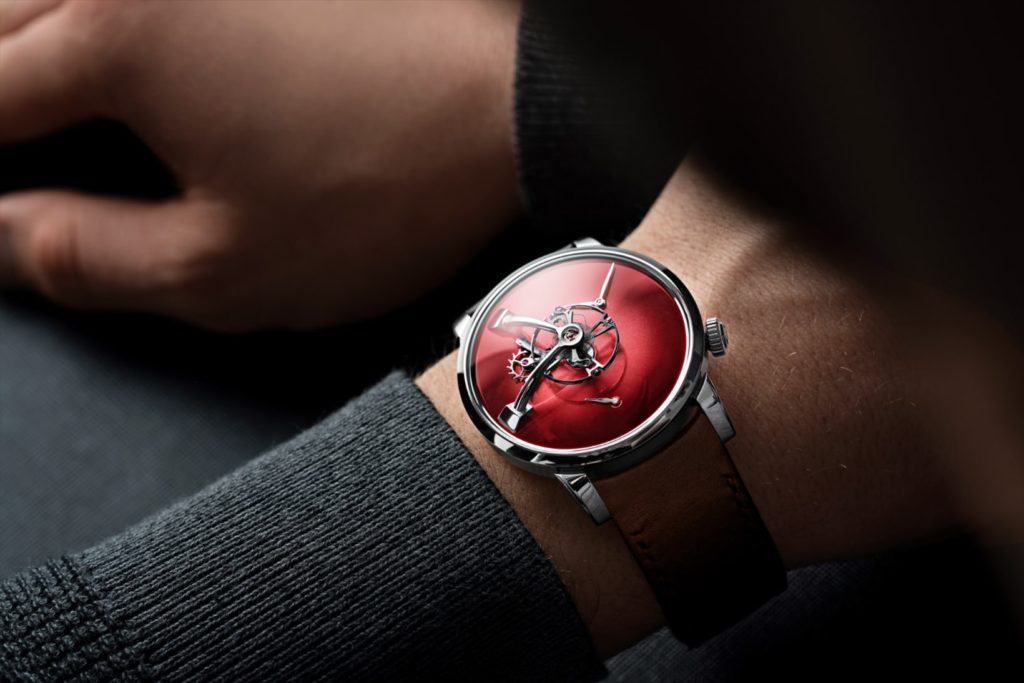 This is an exciting collaboration, and I hope we get to see more of it from these two in the future. Things like MB&F’s perpetual calendar but with interchangeable parts like Moser’s tourbillon range, now that has some potential.