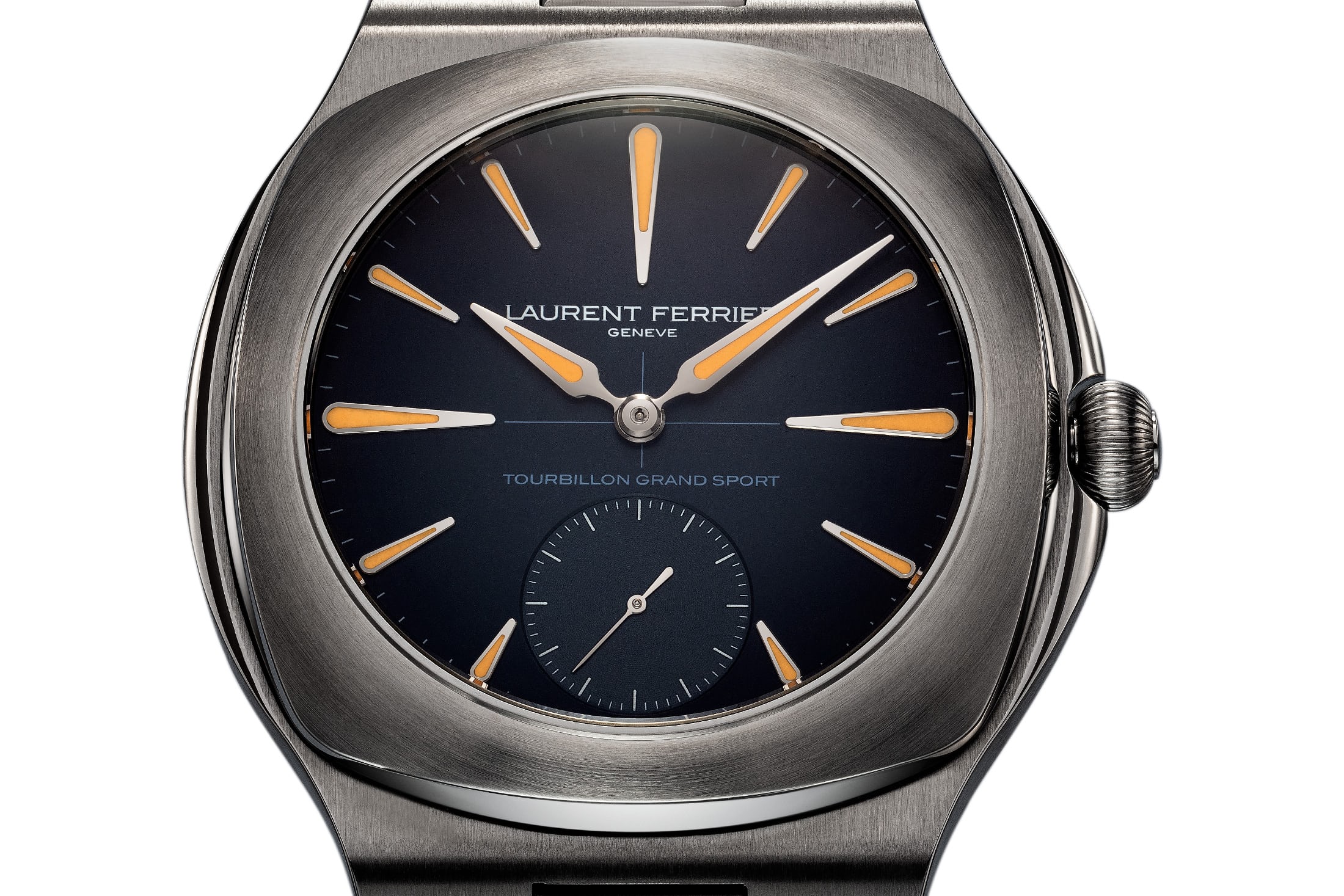 Last year we got to see the Tourbillon Grand Sport watch from Laurent Ferrier, a dashing timepiece inspired by the motor racing days of the brand’s founder and namesake, one Laurent Ferrier. Back in the 1970s, Ferrier was notable in 24-hour racing having come first in the prototype 2-litre category and third in the 1979 24 Hours of Le Mans in a Kremer Porsche 935T. The original Grand Sport came with a steel case on a comfy rubber strap as well. 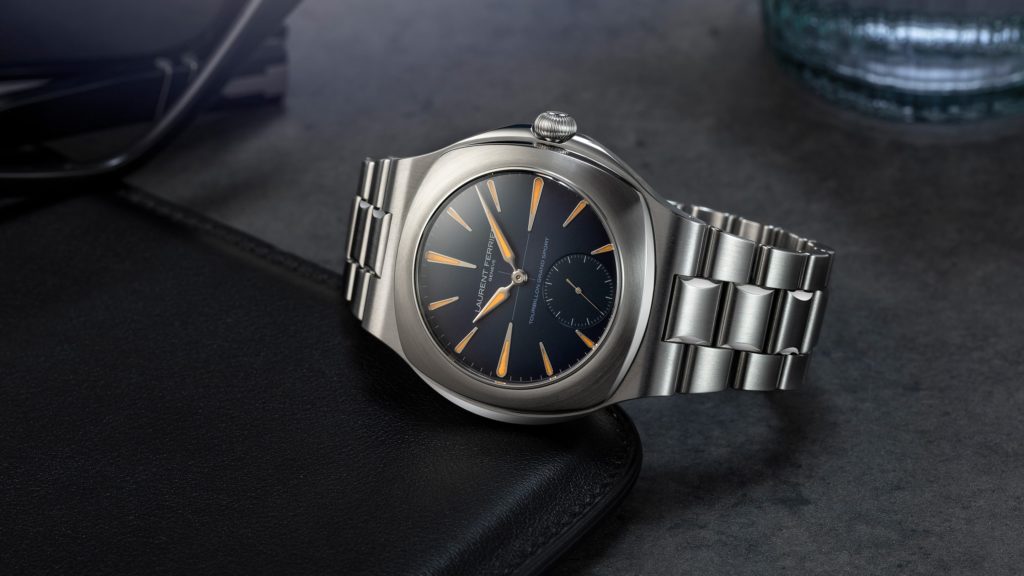 The new Grand Sport for 2020 now comes with a stainless steel bracelet to match the case. The bracelet appears to be very chunky and masculine, almost unexpectedly so for a Laurent Ferrier watch which is usually all about subtlety and curvature. It matches the case, though, and exudes this comfortingly familiar vibe for the watch. Those who were considering the first Grand Sport but were put off by the strap will undoubtedly be pleased by this. 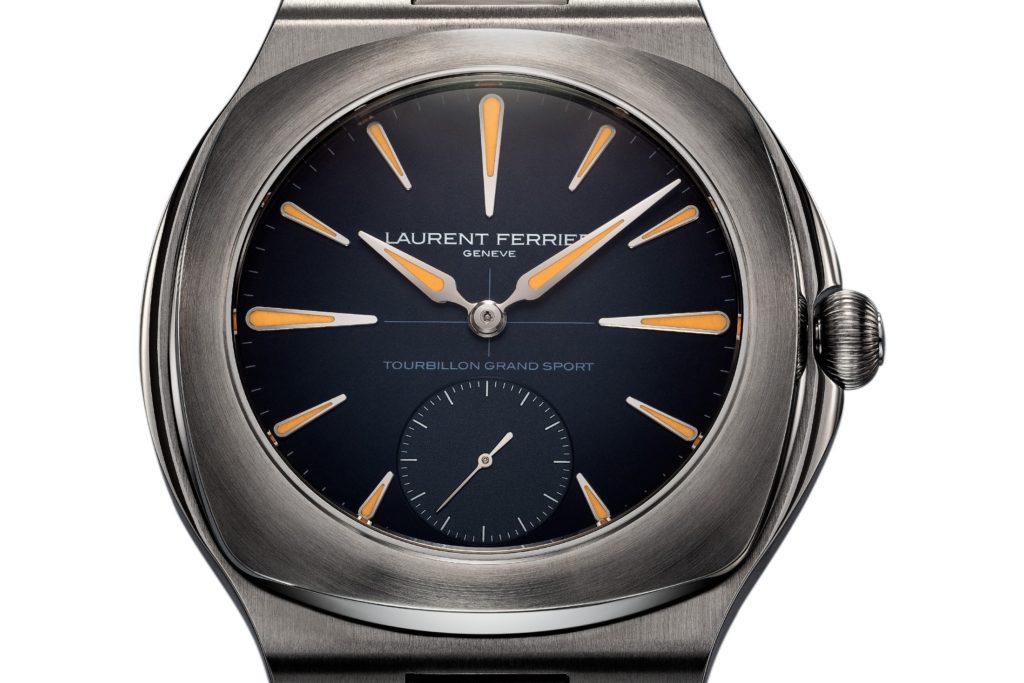 While the case itself hasn’t changed in size, it’s still 44mm in diameter, the dial has. It’s now a blue gradient dial, whereas it was a grey gradient dial before. Also, the name ‘Tourbillon Grand Sport’ is now written in blue, which makes it stand out a little more. This is perhaps my only sticking point for the watch. With the enormously long “Assegai-shaped” markers taking up the majority of the dial, I feel the blue writing clouds it a little too much. If it were less prominent then maybe it would resonate a little more. 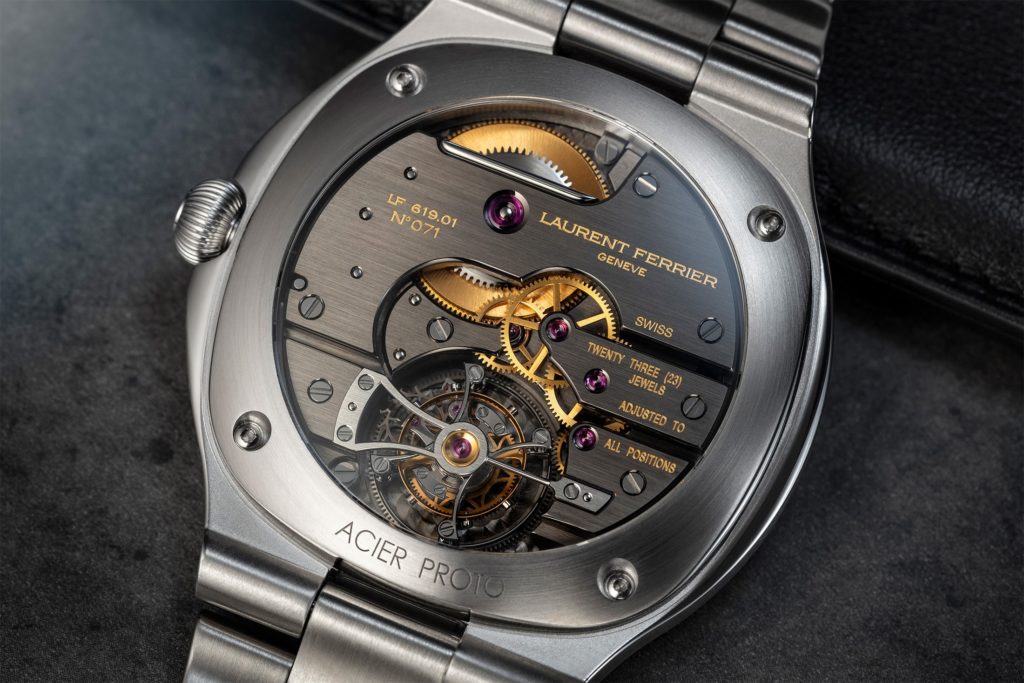 Inside the case is the calibre LF 619.01, which features a tourbillon with double-hairspring and accreditation from the Besançon Observatory as particular highlights. It’s also got an 80-hour power reserve, 21 jewels, a 3Hz beat rate and is 5.57mm thick with a ruthenium finish that’s above the “Holy-Trinity” watches.

If you want something that kicks the butt of the established brands that also follows a similar design language, then this is it. But, only 12 watches are being made, the price tag is 172,000 Swiss Francs, and they will most likely have sold by now.