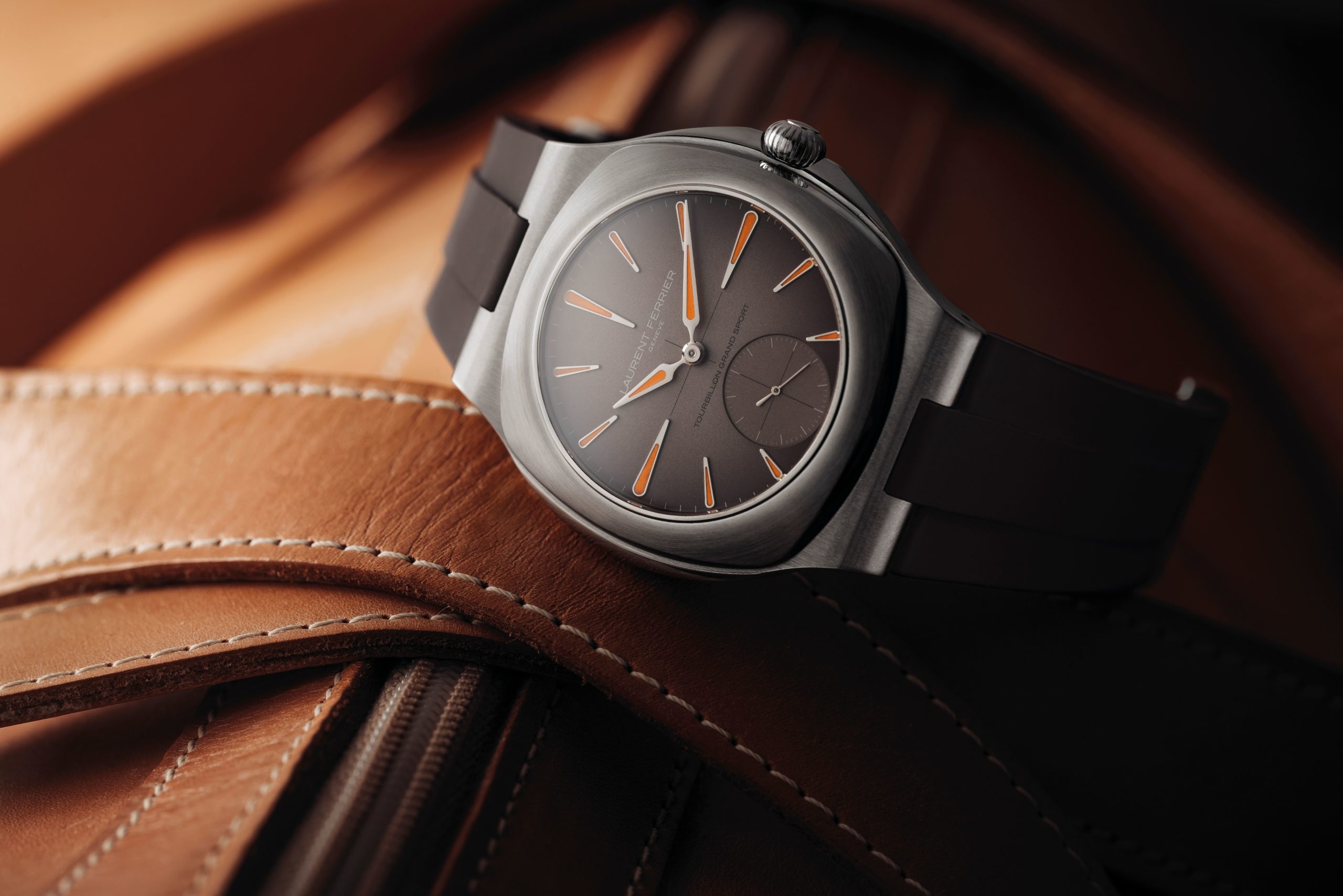 You might not have known this, but Laurent Ferrier himself is a bit of a motorsports fan. Well, when I say a bit that is an understatement. A lover of mechanical things at heart, the 70s were all about the roaring engines of race cars for Laurent Ferrier, and who can blame him? With legends such as the Porsche 917 and Lotus 72 belting around race tracks, it would only be right that he had a go himself. It was 24-hour racing that got him going, and he even came first in the 1977 2-Liter prototype category as well as coming 3rd overall in the 1979 24 Hours of Le Mans behind the wheel of a Kremer Porsche 935T. 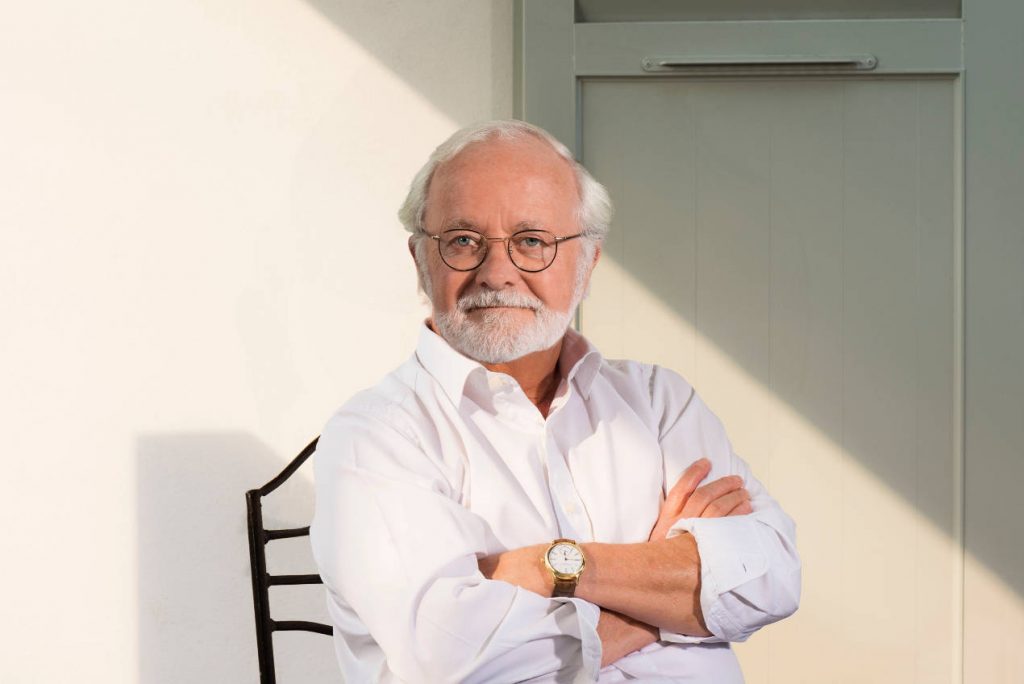 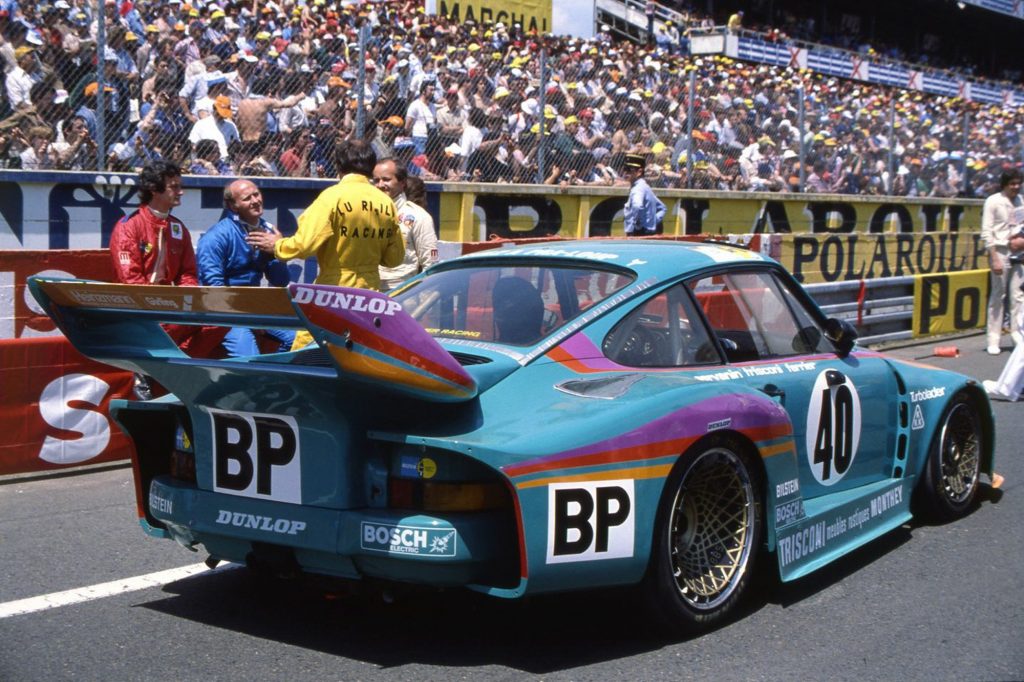 All this motorsports heritage has been focused into a sporty watch from the company, a rather unexpected move if I do say so myself. Although, I should point out that this is still a Laurent Ferrier piece through and through. That means despite the case, which I’ll get to in a moment, there’s still an exquisitely finished movement that’s hand finished featuring a tourbillon. So, as cool as this is, and this is cool, perhaps it’s best to leave this one for the finishing podium celebrations. 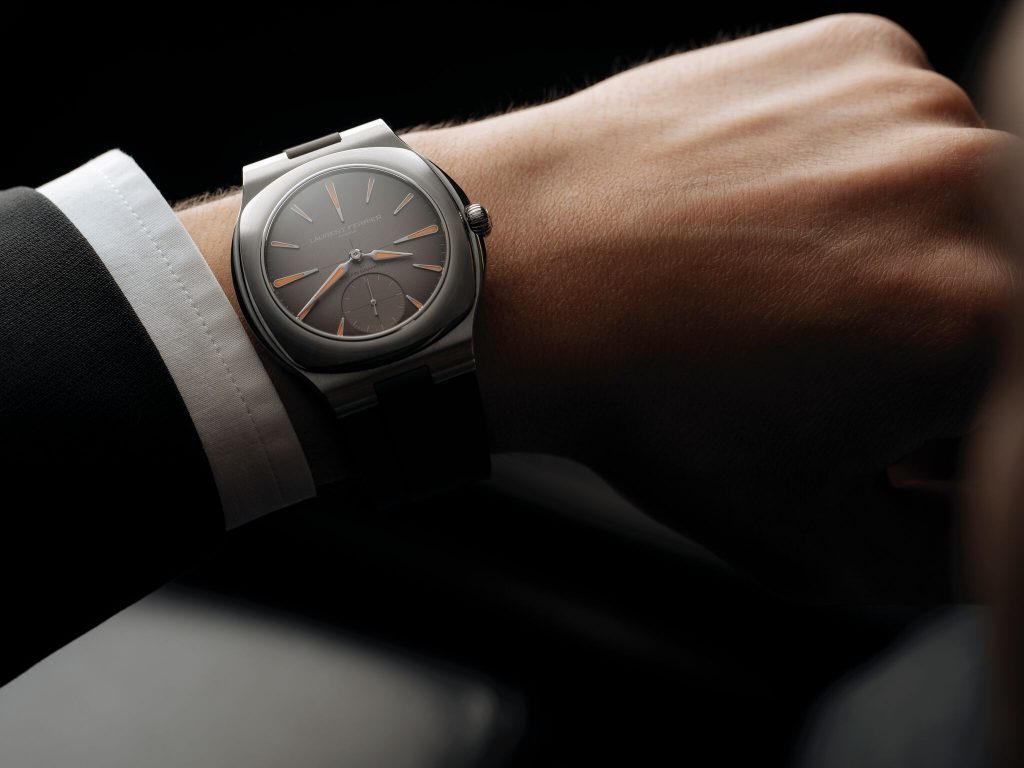 The stainless steel case measures 44m in diameter and is constructed of three parts. Some might think this is quite similar to established seventies models, the Patek Philippe Nautilus in particular, but we should consider that there are only so many Seventies styles that can be put into a watch, big squares are a key theme as well. This case is water resistant to 100m and presented on a rubber strap. 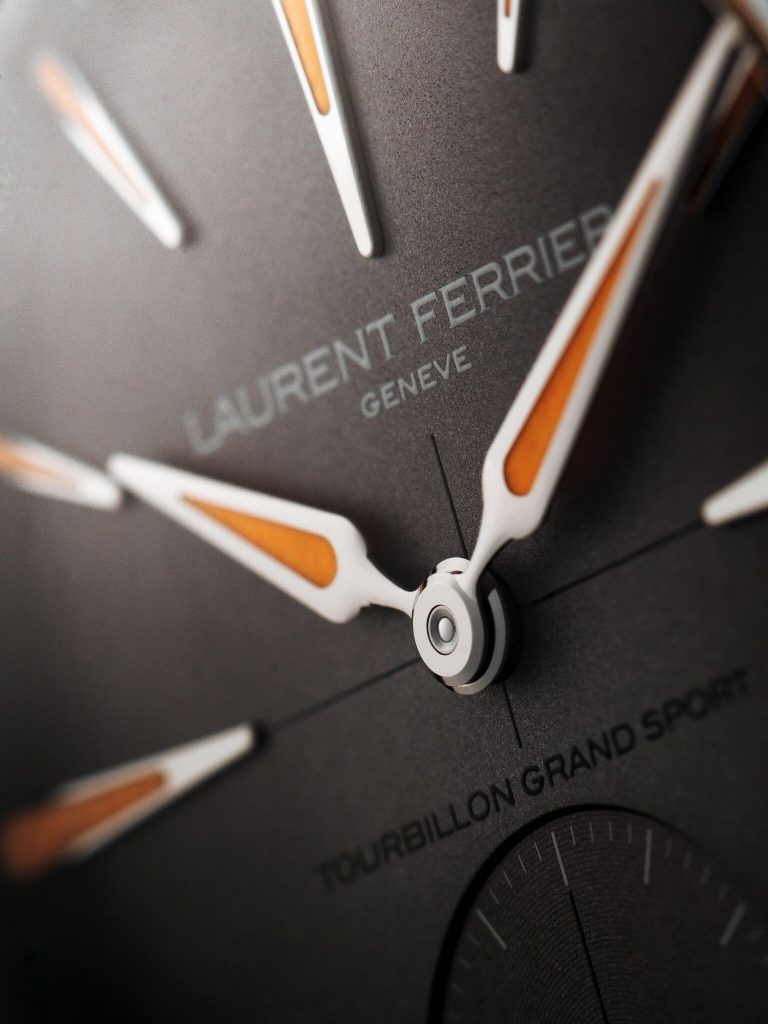 The dial is quite distinctive, and also divisive, as although the “Assegai-shaped” hands are more commonplace on Laurent Ferrier watches, they along with the markets are filled with orange SuperLumiNova. I’d say this isn’t so much an attempt at fauxtina (lume which has been coloured yellow-ish to simulate patina), but rather a representation of the rear lights on the cars or one of the driving themes of the Seventies: wild colours. Both the hands and markers are made of 18K white gold. 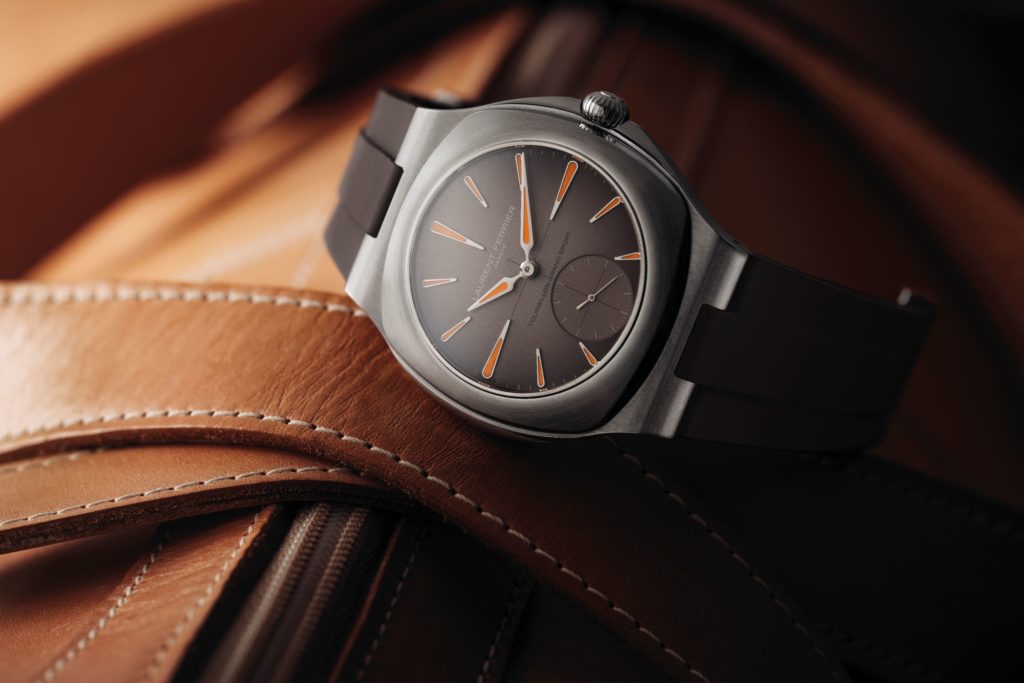 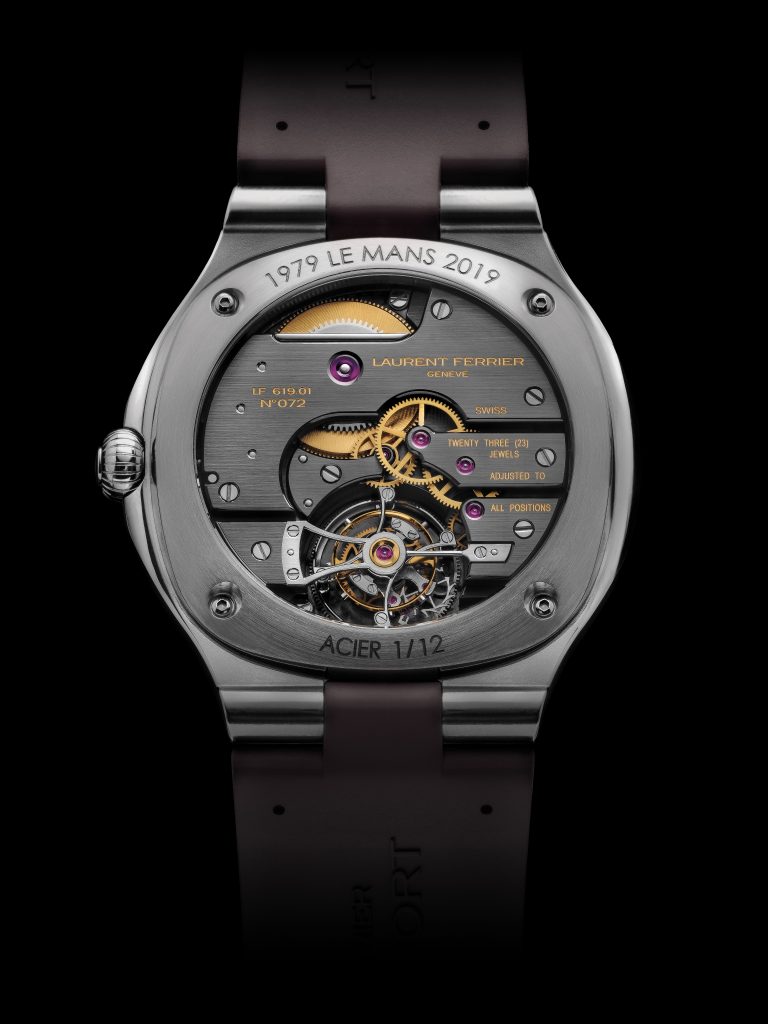 The movement is a thing of beauty. 188 parts make up this watch which features a tourbillon with double hairsprings, and a Swiss lever escapement, the oscillation rate for this watch is 3Hz. It’s 5.57mm thick, and 31.6mm in diameter as well. Manually wound, this watch has a power reserve of 80 hours. This year not only marks 40 years since Laurent Ferrier’s win at Le Mans but also ten years since the brand’s first tourbillon came about, so a lot is riding on this new piece. Price is on inquiry.