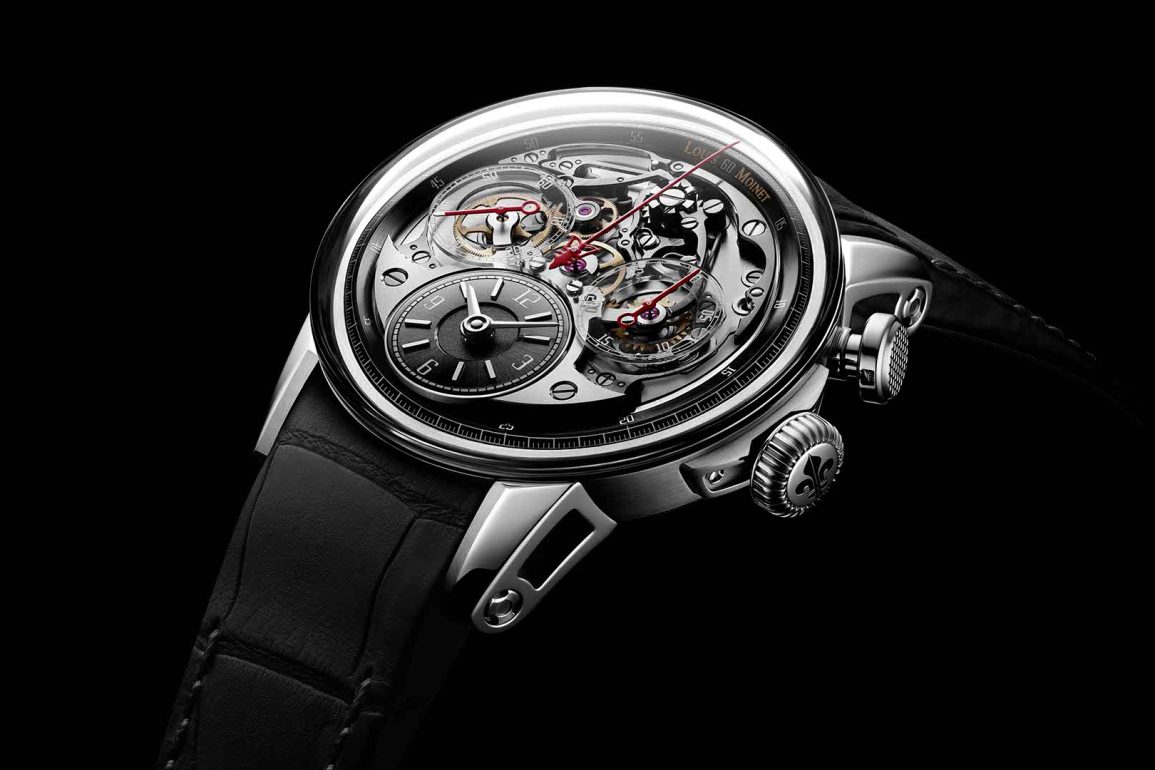 Louis Moinet is both a new and old watchmaker. The man himself was a French horologist known for radically advanced and ornate clocks for clients including Napoleon Bonaparte, Thomas Jefferson and Marshal Joachim Murat. He also invented the world’s first chronograph watch in 1816 (work started a year prior), the Compteur de Tierces. The Louis Moinet name was revived in 2006 as an independent, luxury Swiss brand and the latest Memoris Spirit is a modern interpretation of the historic (and futuristic) early 19th-century chronograph. It follows the Memoris from 2016 with an updated, refined design. 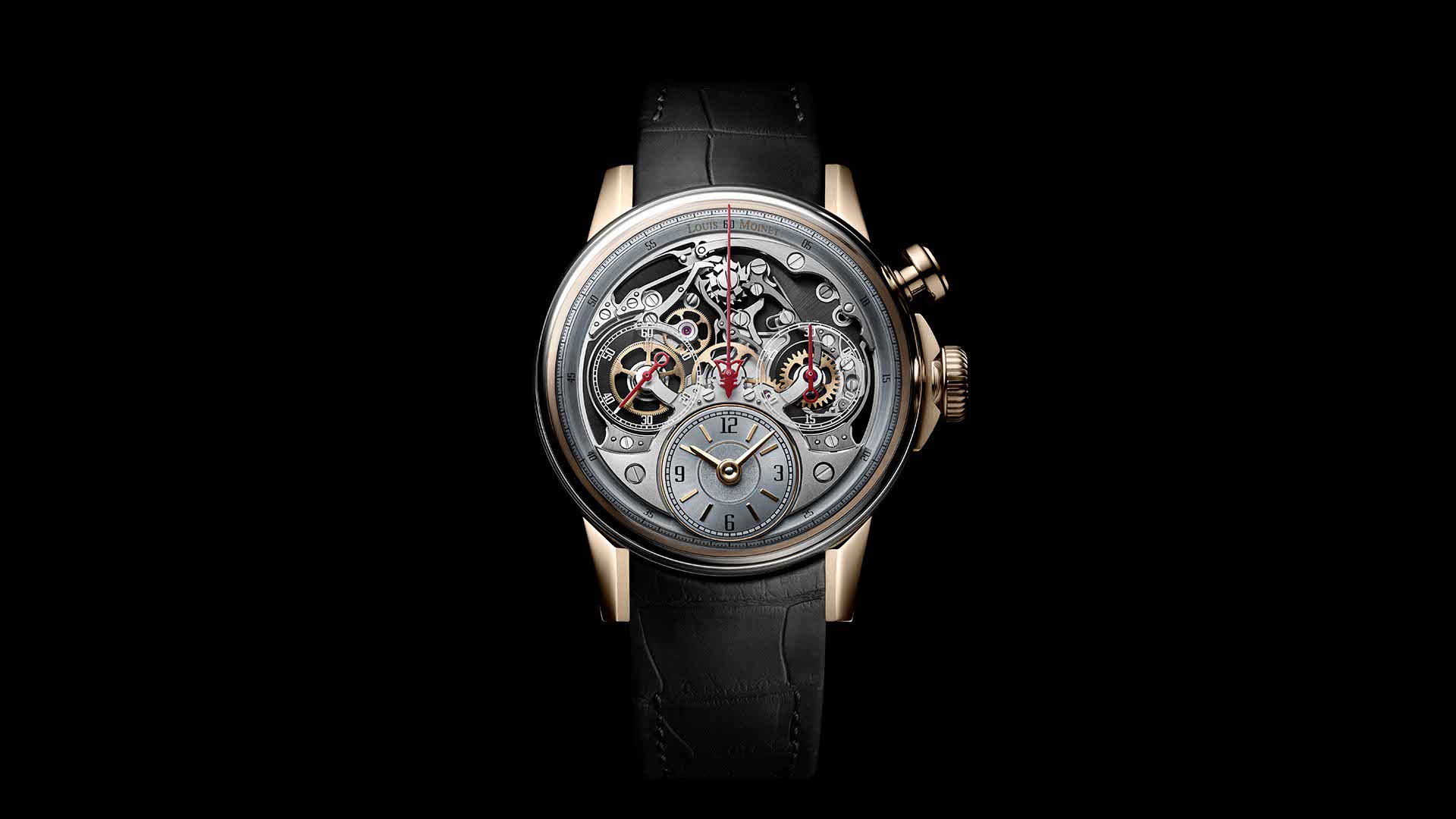 The case is 40.7mm in diameter and available in titanium or 18k rose gold. This is a big step forward as the model from several years ago was a hefty 46mm. Side by side, the aesthetics are similar, but this is a very different piece. The older bezel with six exposed screws is gone as the domed sapphire crystal now sits flush with the case. The lugs are open-worked and elements around the case are more streamlined. The dial side displays the chronograph mechanism with the column wheel, horizontal clutch and gears fully exposed, while a sapphire exhibition case back displays the workhorse side of the movement. Water-resistance is rated at 50 meters, so don’t dive with this expensive piece. It’s a very contemporary watch that bears little resemblance to the Compteur de Tierces, but celebrates it with a futuristic aesthetic of its own and chronograph functions. The case is fitted with an integrated alligator strap with quick-release mechanisms and a folding buckle. Time is displayed on a sub-dial at 6 o’clock where applied indices and printed numerals at 12, 3, 6 and 9 o’clock sit on a sunburst, two-tone blue or grey base (titanium or gold case, respectively). The faceted hour and minute hands (and indices) are silver or gold, depending on the case, and the outermost chronograph seconds track matches the time dial color. A transparent 30-minute counter sits at 3 o’clock with small seconds at 9 o’clock, and the column wheel is exposed at 12 o’clock. The central chronograph hand is red with an open-worked logo at the base, so there’s technically no counterweight, and the sub-dial hands are red as well on both models. 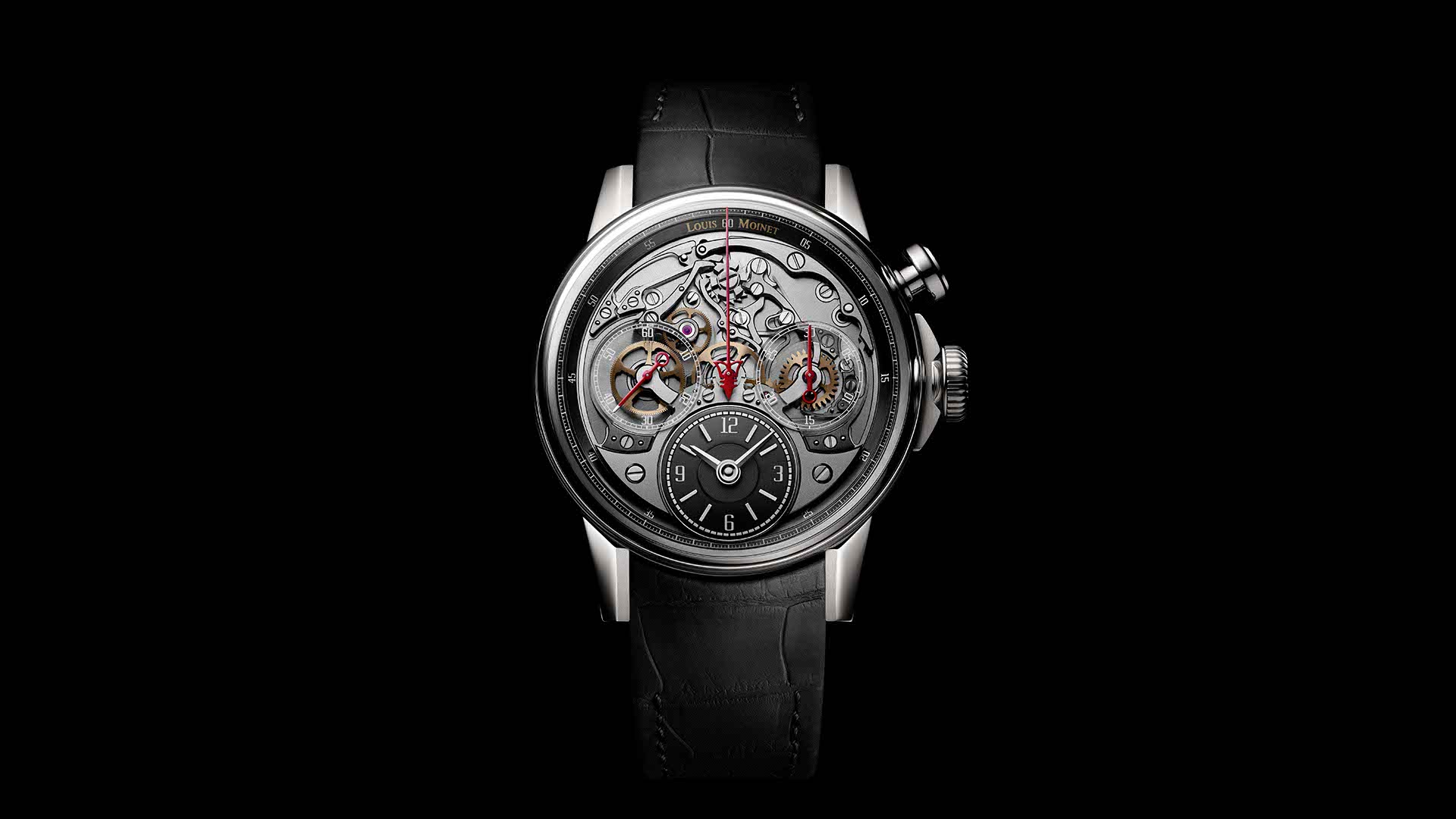 Powering this unusual chronograph is the calibre LM84, developed in partnership with Swiss movement manufacturer Concepto. It’s a visual spectacle with the chronograph elements positioned on the dial side and the movement has 311 components. It has 30 jewels, beats at 4Hz with a 48-hour power reserve, and chronograph functions are activated via a single pusher at 2 o’clock. Seen through the exhibition case back, the rotor is decorated with guilloché in gold.