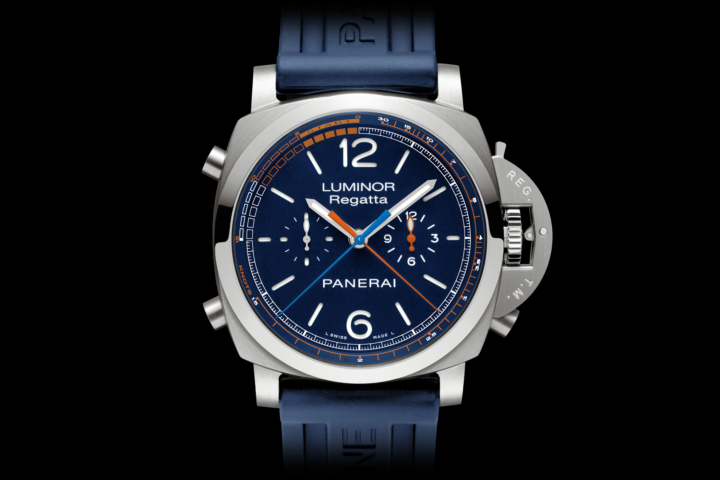 The horological space is replete with aviation and motorsports inspired designs but there are only a handful of watch brands including Panerai that make watches influenced by water sports events. The Italian luxury watch brand has been a strong promoter of yacht racing for a while now and has released a handful of Regatta timepieces as a tribute to several yacht racing events in the past. And now with the Regatta Transat Classique race slated to begin on 8th January 2019, Panerai is adding another new timepiece to their Regatta collection. The Panerai Luminor Regatta Transat Classique 2019 is a flyback chronograph equipped with a regatta countdown function, a knots scale to calculate the speed and a substantial 72-hour power reserve. 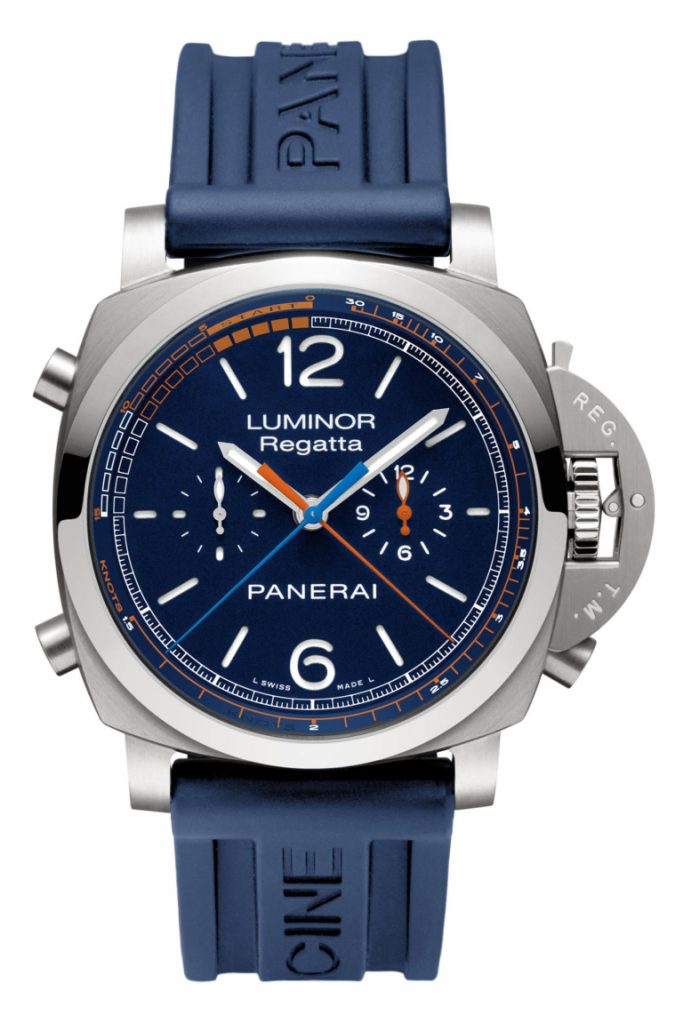 Panerai’s are popular for their distinctive bold and masculine design language, and this new watch is completely drenched in the Panerai DNA. The Panerai Luminor Regatta Classique 2019 features a massive 47mm titanium cushion case and signature crown mechanism as seen on the existing Luminor 1950 Regatta 3 Days Chrono Flyback automatic 47mm. The case is completely brushed with a nicely contrasting polished bezel on the top. Being a massively sized watch the titanium case construction is definitely worthy of praise as it would make the watch lighter and more comfortable to wear, and given the extreme conditions this watch would be utilized in, the watch would also benefit by the great corrosion resistance that titanium offers. The case is water resistant 100 meters which we feel is certainly on the lower side considering that this a dive watch with a closed case-back, which has been engraved with a globe highlighting the sailing route of the race and the logo of the 2019 Transat Classique race. 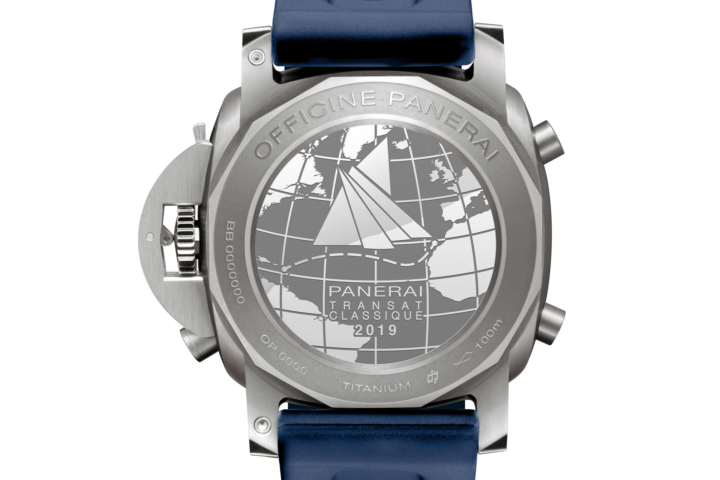 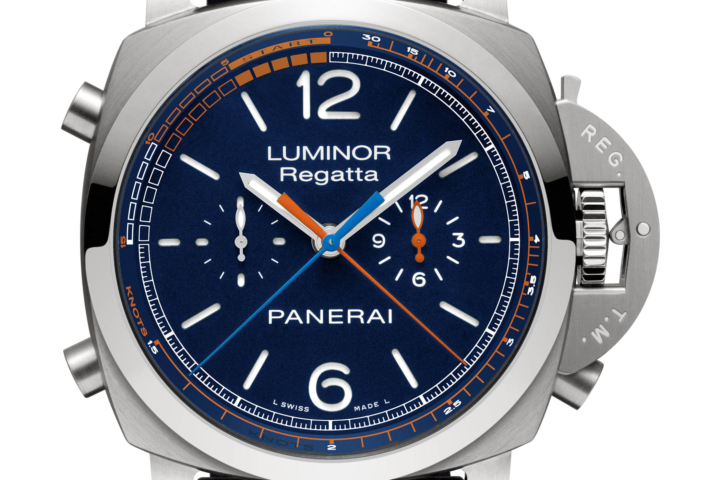 The dial on this watch has a classic Panerai style sandwich construction offering a combination of a base luminous layer followed by a top layer featuring the cutouts for hours and seconds. The primary color scheme of the dial is a deep shade of blue which really matches the nautical spirit of the watch. Further to that, there are some nice white, orange and light blue accents that really liven up the dial. The hour markers are a mix of cut-out curved rectangular indices and Arabic numerals, and the running seconds are presented through a sub-dial at 9. But, the most interesting and defining feature of this watch is the Regatta function and here’s how it works. Pressing the pusher at 4 activates the orange chronograph hand which is meant to move back 1 minute at a time along the countdown scale marked between 9 and 12, with the vital five minutes marked highlighted using the word START printed above. The fly-back chronograph pusher at 10 begins the countdown by initiating the blue chronograph hand and once the countdown is complete with the orange hand touching 0, one can continue tracking the elapsed time from the start of the race.

Powering this beast is Panerai’s in-house automatic calibre P.9100/R which is basically a modified version of the brands P.9100 chronograph calibre. With its fly-back chronograph with a vertical clutch and column wheel, the P.9100/R is identical in architecture to the P.9100 but has 26 more parts to incorporate the regatta countdown function making more complicated and slightly thicker than P.9100. The movement operates at a frequency of 28800 bph and offers a power reserve of around 3 days with the help of two barrels.

So, in case you are a follower of yacht racing and really dig the aesthetic of a Panerai, this new Panerai Luminor Regatta Classique 2019 is a no-brainer. The watch comes fitted with a blue rubber strap and is limited to just 150 pieces worldwide. The retail price of the watch is EUR 17,500. Visit Panerai here.