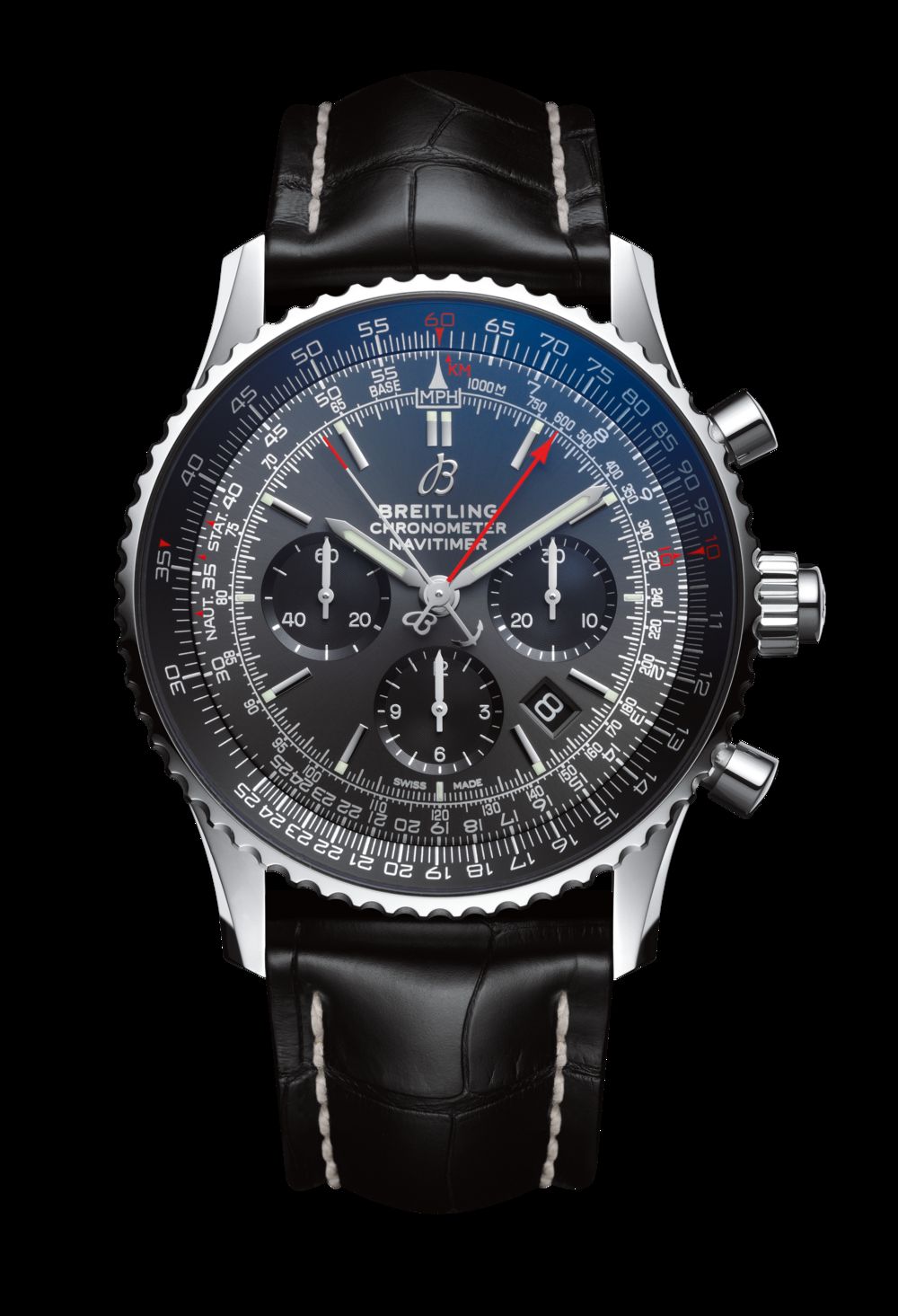 The new Breitling Navitimer 1 B03 Rattrapante 45 Boutique Edition has the brand’s unique split-­second movement. It has two patents that distinguish its clever construction ensuring maximum precision, sturdiness, and reliability.

The new Breitling watch is limited to only 250 pieces and available only at Breitling’s boutiques worldwide. 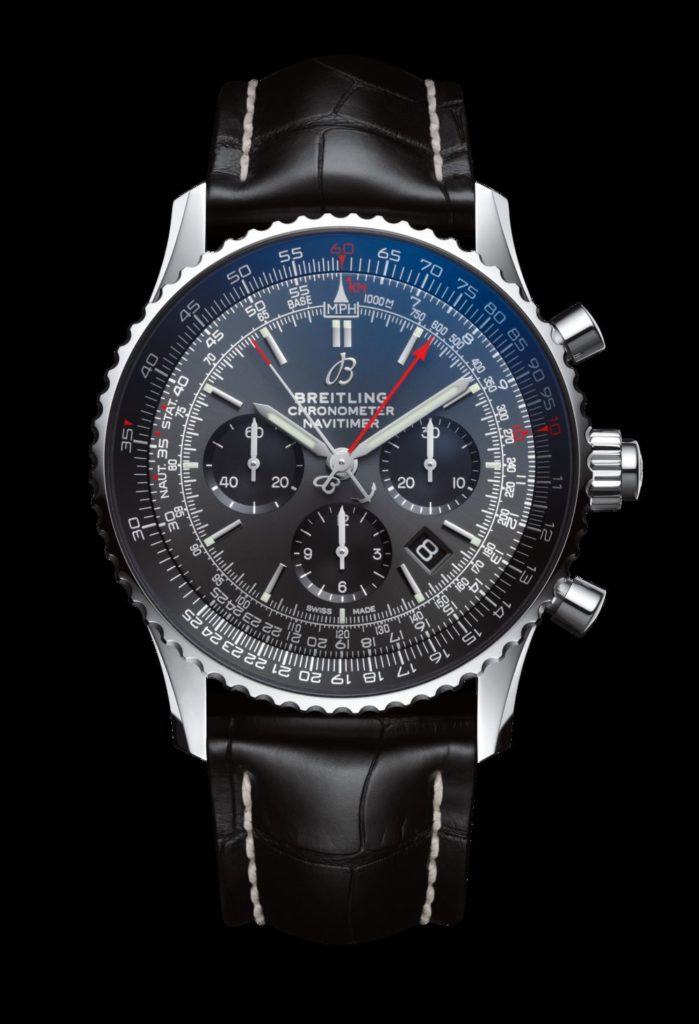 Aside from the technical prowess of the Navitimer 1 B03 Rattrapante 45 Boutique Edition, its aesthetic design is also very refined. The 45 mm stainless-steel case is large but balanced by the Stratos Gray dial. The hour markers and hour and minute hands are also coated with Super-LumiNova offering perfect legibility in all lighting conditions. There is also a useful bidirectional rotating bezel with the circular slide rule which is a signature of the brand’s Navitimer line-up.

Moreover, the Navitimer 1 B03 Rattrapante 45 Boutique Edition also offers a cool B logo with an anchor symbol adorning the base of the chronograph hands. The logo is placed on two hands with the B on the red chronograph hand and the anchor on the split-second hand so when the two elements separate so does the logo but when the split-second hand is stopped and the hands realign, the logo forms again.

Powering the watch is a Breitling Manufacture Caliber B03 delivering an impressive power reserve of 70 hours. It is a COSC-certified chronometer. We see the split-second pusher at the 3 o’clock crown that serves to stop and start the split-second hand many times over if desired during a timing operation allowing the wearer to measure split times or compare the results of several competitors.

The Breitling Manufacture Caliber B03 ensures the brand’s legacy of innovation thanks to its patented proprietary split-second movement developed and produced totally in-house. 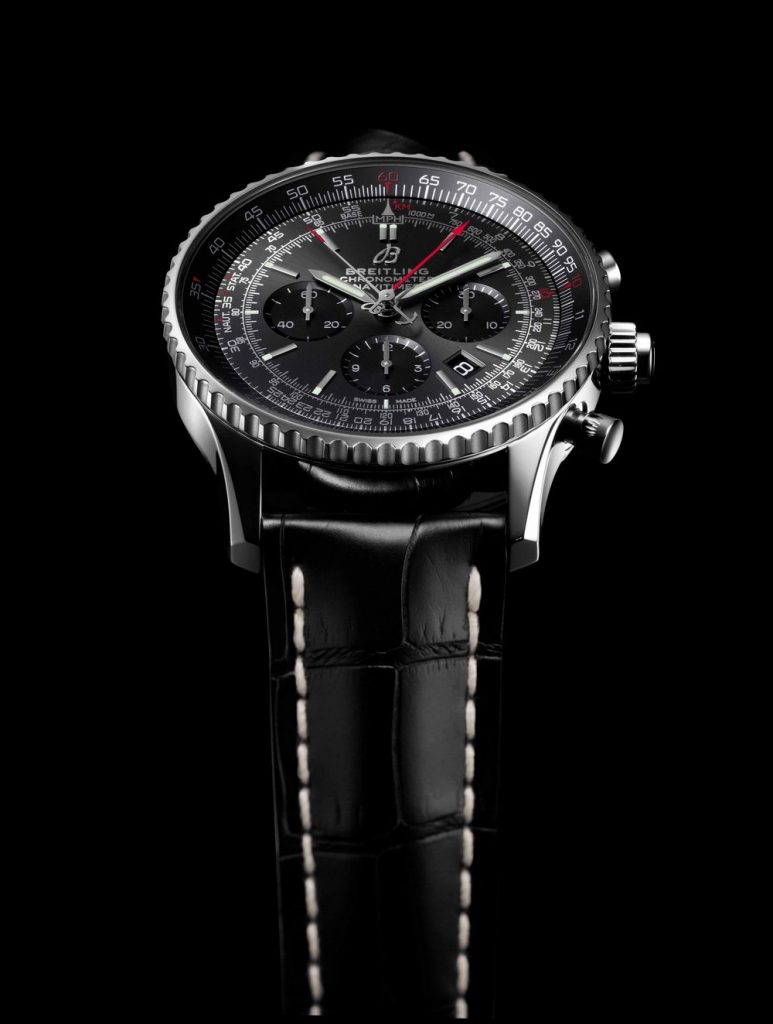 To go a bit deeper, this technology features two superimposed central chronograph hands, one of which can be stopped to measure an intermediate (split) time before catching up (rattraper in French) with the other. The split-second chronograph is difficult to execute so not all brands has the capability of producing their own much more innovate on new techniques. By difficult, I mean truly difficult, in fact, the steps involved in producing it is dizzying, takes a lot of time and many errors probably along the way. A watchmaker is expected to perform a lengthy process of adjustment and rating over and over again until it is perfected. Think about correcting the clearance of the split-second wheel and pinion, adjusting the degree of penetration of the clamps, adapting the tension of the springs, and so on.

In the process of the development of the brand’s very own split-second chronograph movement, the focus is mainly on sturdiness, precision, and reliability. The result is a system that ensures optimal performance with the least number of components required. The split-second mechanism has only 28 parts which is very impressive indeed.

Finally, the watch wears on a cool black alligator strap with either a folding or pin buckle. Visit Breitling here.