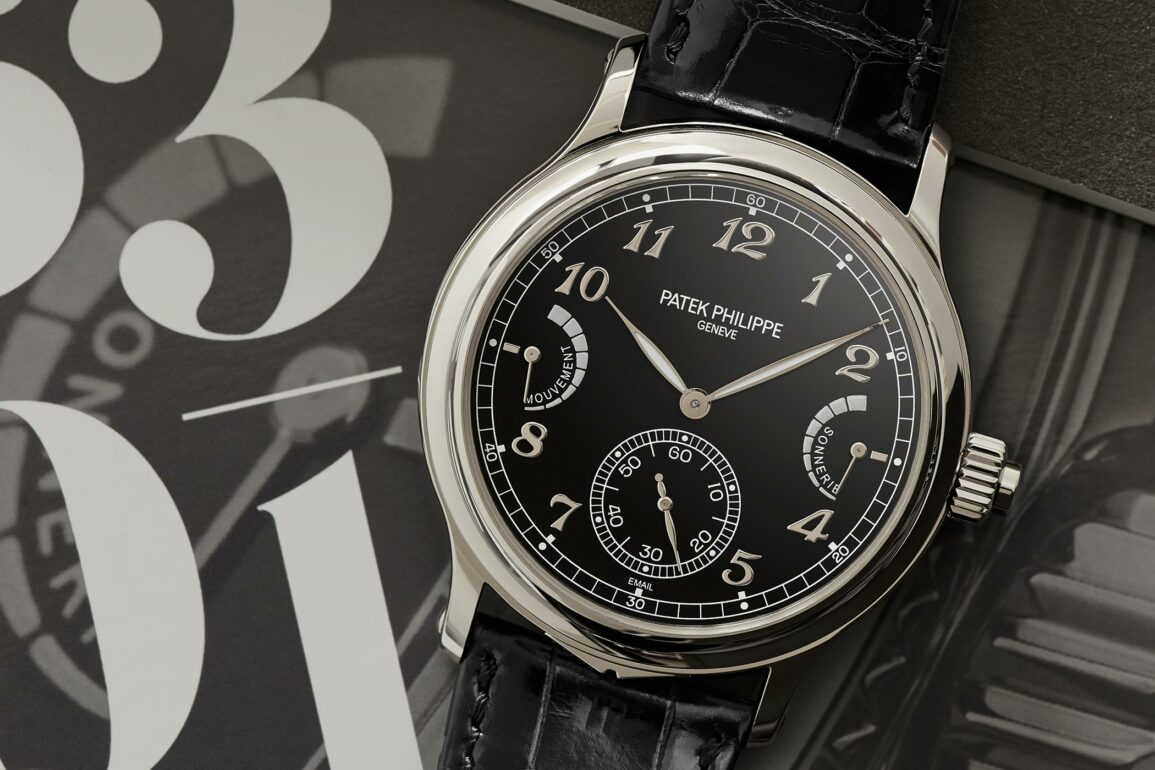 Patek Philippe just made its first watch featuring only sonneries. Sign us up.

The most complicated thing to put in a wristwatch is a chiming complication. This system needs to be able to interpret the position of the watch’s hands and translate that into sound. Sounds easy, right? Well, it’s easy for you, as your brain can decide what the hands mean and you can then use your voice to speak the time aloud. Watches don’t have that luxury. They rely on gears, wheels, snail cams and other fun things to do all this. Patek Philippe has been putting chiming complications into its most astute watches. And now they’ve made another one. 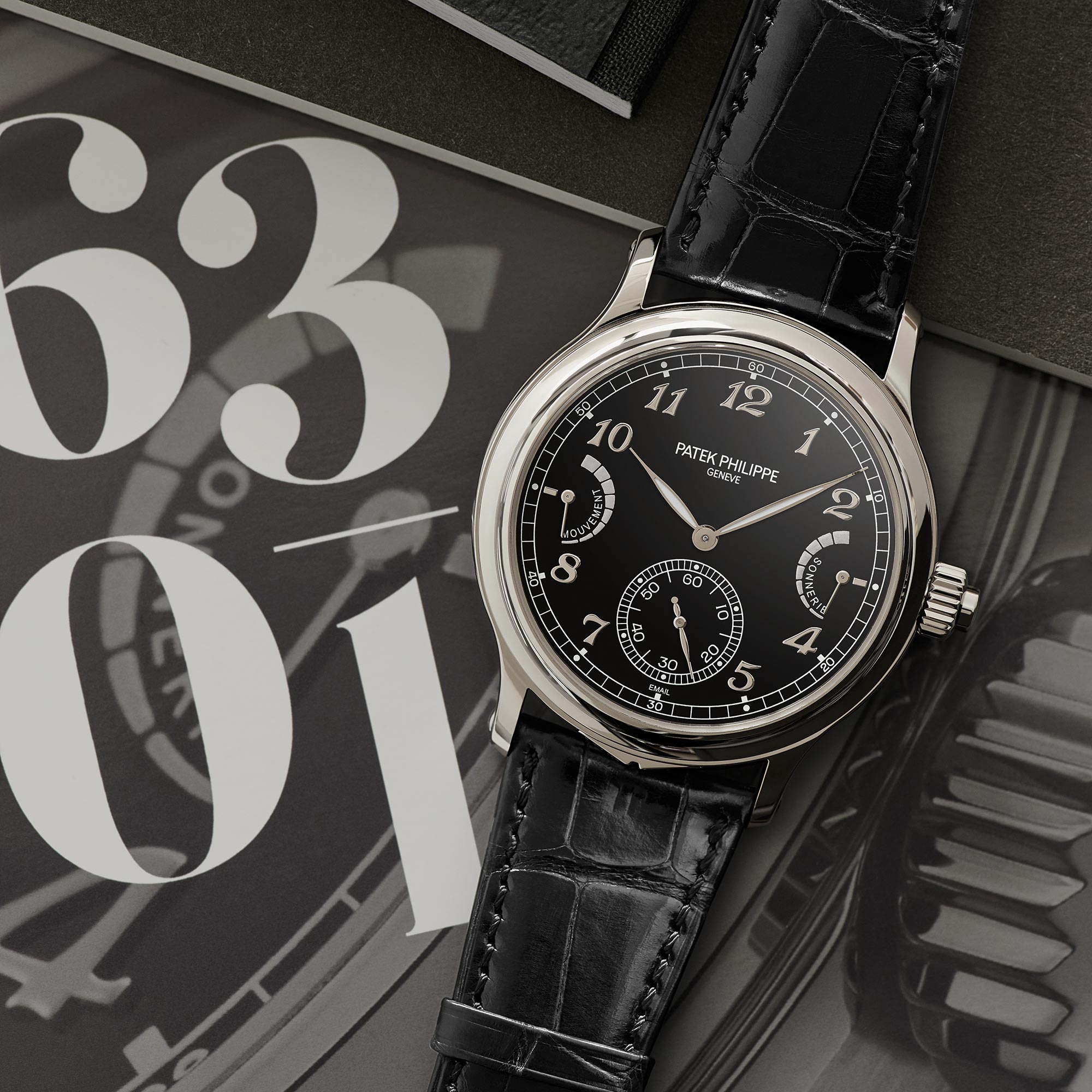 The new watch is called the 6301P. Patek Philippe started with the Grandmaster Chime, the watch they originally released in 2014 as a 175th anniversary present to themselves. They then stripped away the parts that weren’t related to the striking mechanism (and the spinny bit that allowed the watch to flip around like a Reverso). That left them with the first watch to feature both a grande and petite sonnerie without any other complications being present. 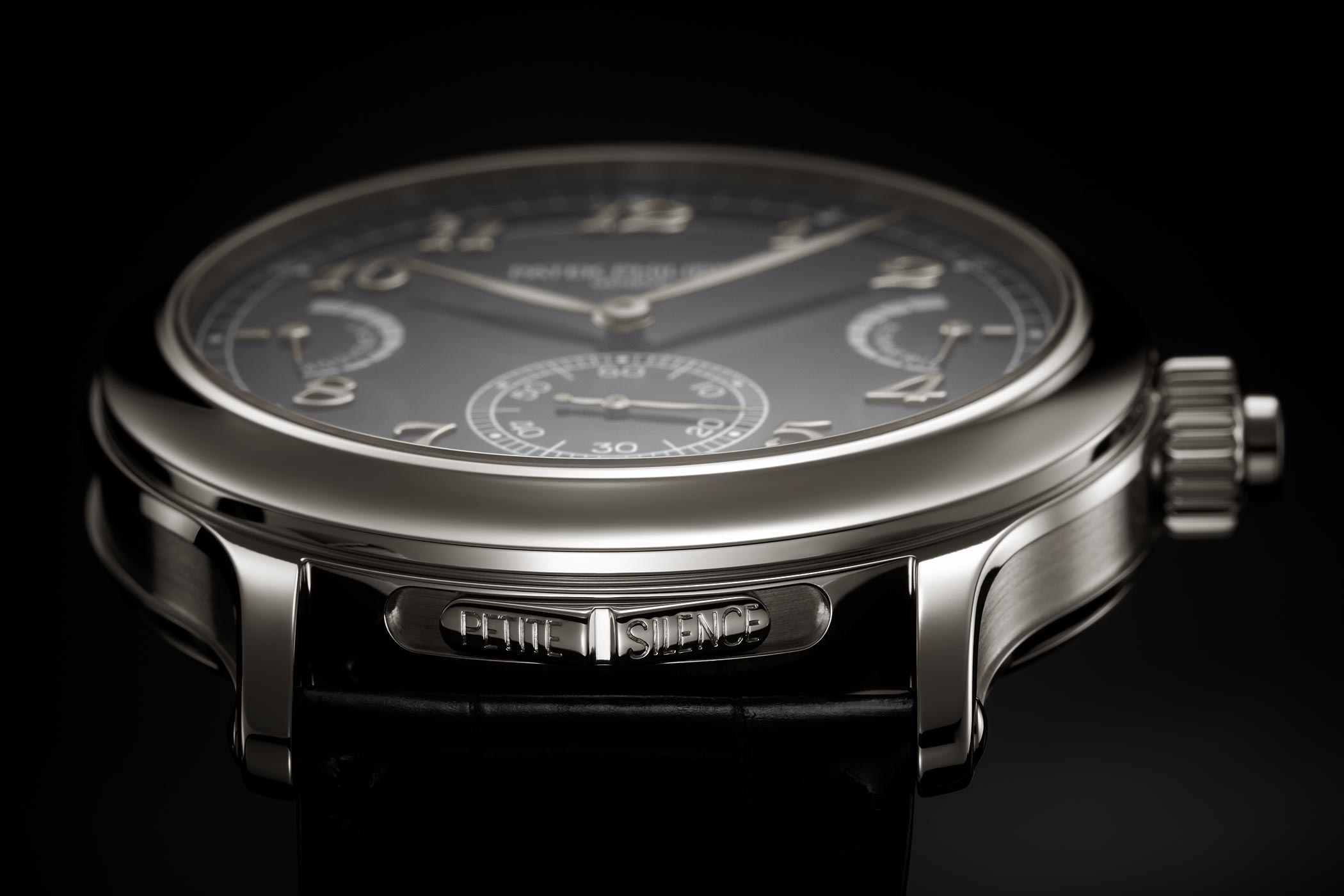 “What are the grande and petite sonnerie?” I hear you ask. That’s a great question, and it’s a little confusing. A grande sonnerie (grand strike in English) interprets the positions of the hands and then audibly chimes the time. It was used a lot in clocks before it made its way to watches. A grande sonnerie is, essentially, an automated minute repeater. It will chime the time every fifteen minutes, and again on the hour to inform you of the progression of time. The petite sonnerie is a little less complicated, but still very complicated. It chimes the time on the hour only. To control these functions, Patek Philippe has integrated a slider at the bottom of the case to allow you to choose the mode you want the watch to be in. 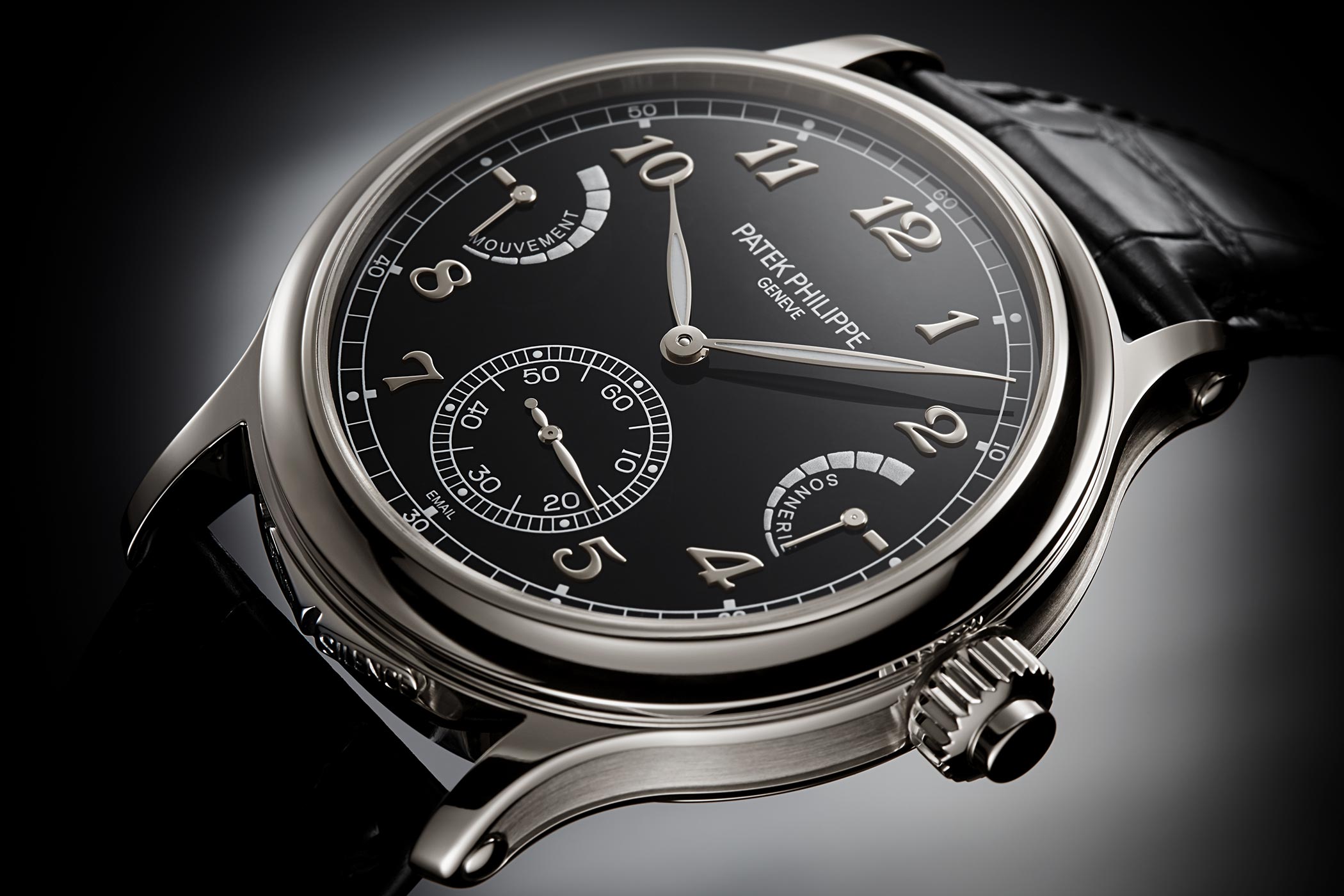 There’s also a silent mode, which stops the watch from chiming at all. You can also request the time on-demand by pressing on the pusher integrated into the crown. This will read the time on the hands and then chime it for you. I personally would never use the silent mode, even in bed and trying to sleep, hearing the chime would be magical for me. 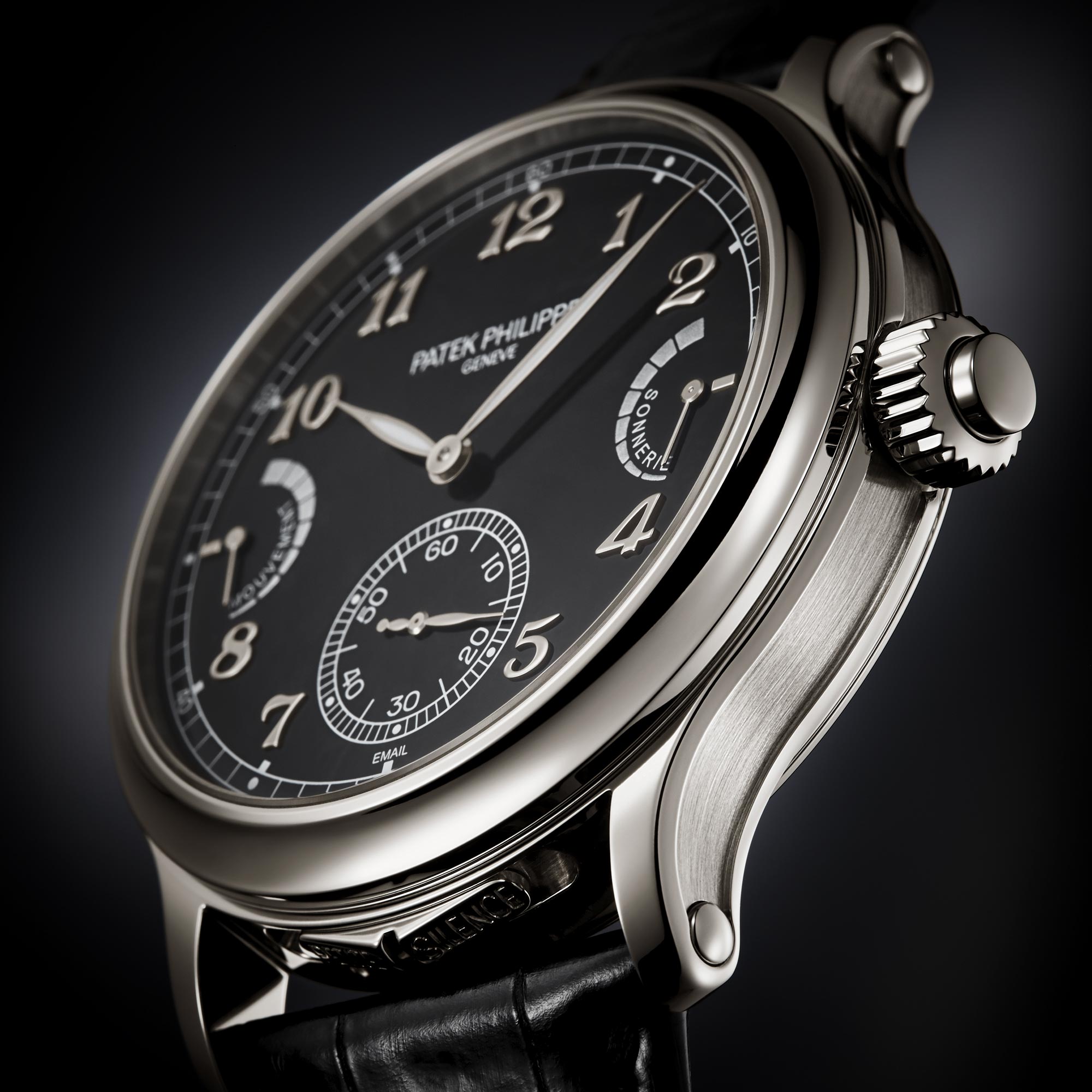 The case to house all of this in is going to be large, and it is, it measures 44.8mm x 12mm. The movement inside the case is large, too, measuring 37mm by 7.5mm. That movement has a whole lot of stuff in it which we’ll get to in a minute. I like how Patek Philippe has resisted the urge to adorn this case with engravings as it has done in the past. It makes this watch a lot simpler and easier on the eye. That said, there is a diamond placed within the caseband at 12 O’clock, which is used to denote the fact that the case is made of platinum (despite gold having better sonorous qualities). 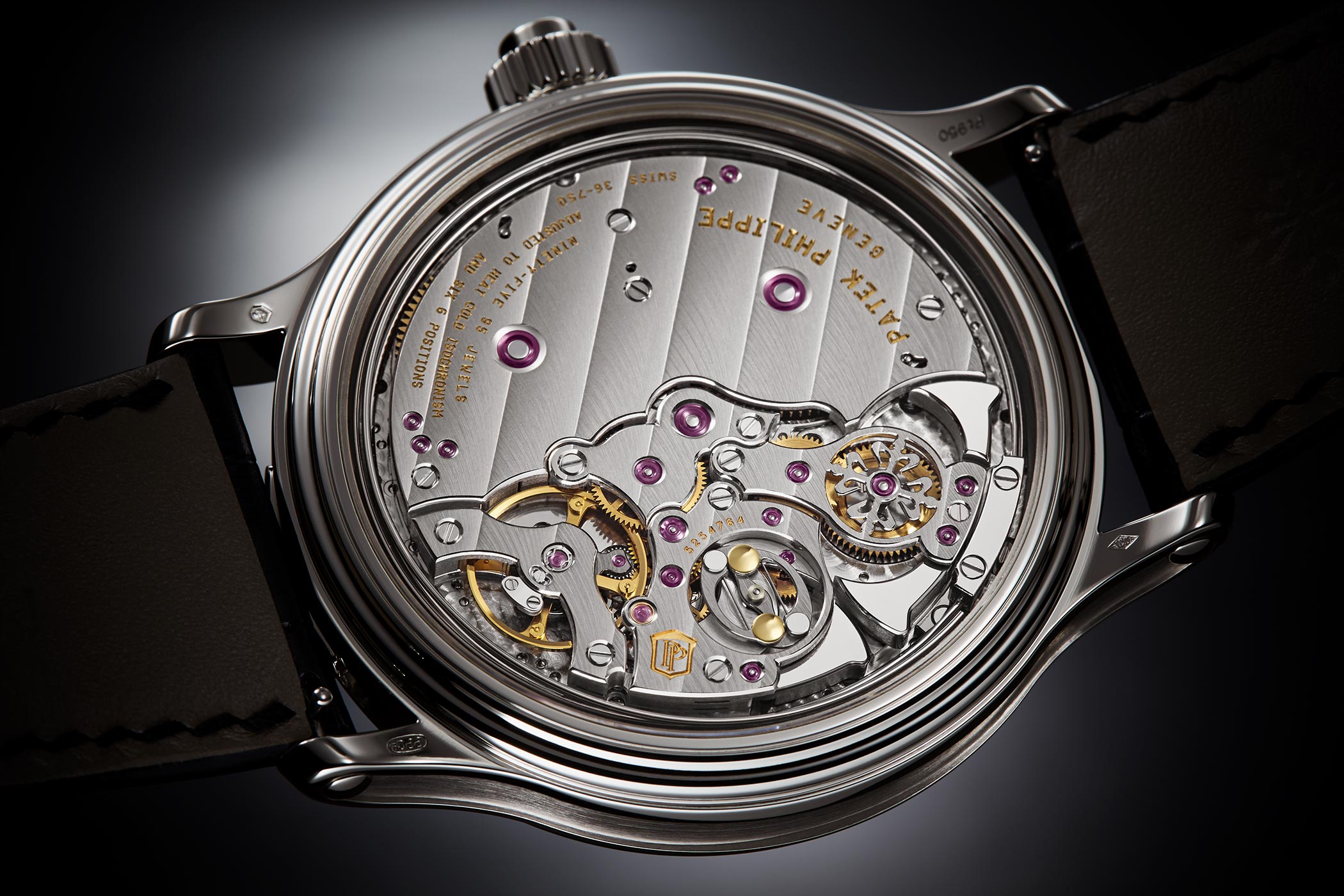 The calibre GS 36-750 PS IRM is a hand-wound movement that’s been beautifully decorated and is on display through the caseback. The levels of art match the complexity in this piece. I love the polished edges around the balance wheel area combined with the broad polishing strokes of the backplate; it reminds me of the three-quarter plates used on German watches. Take note A.Lange & Söhne, Patek Philippe does exquisite finishing too. 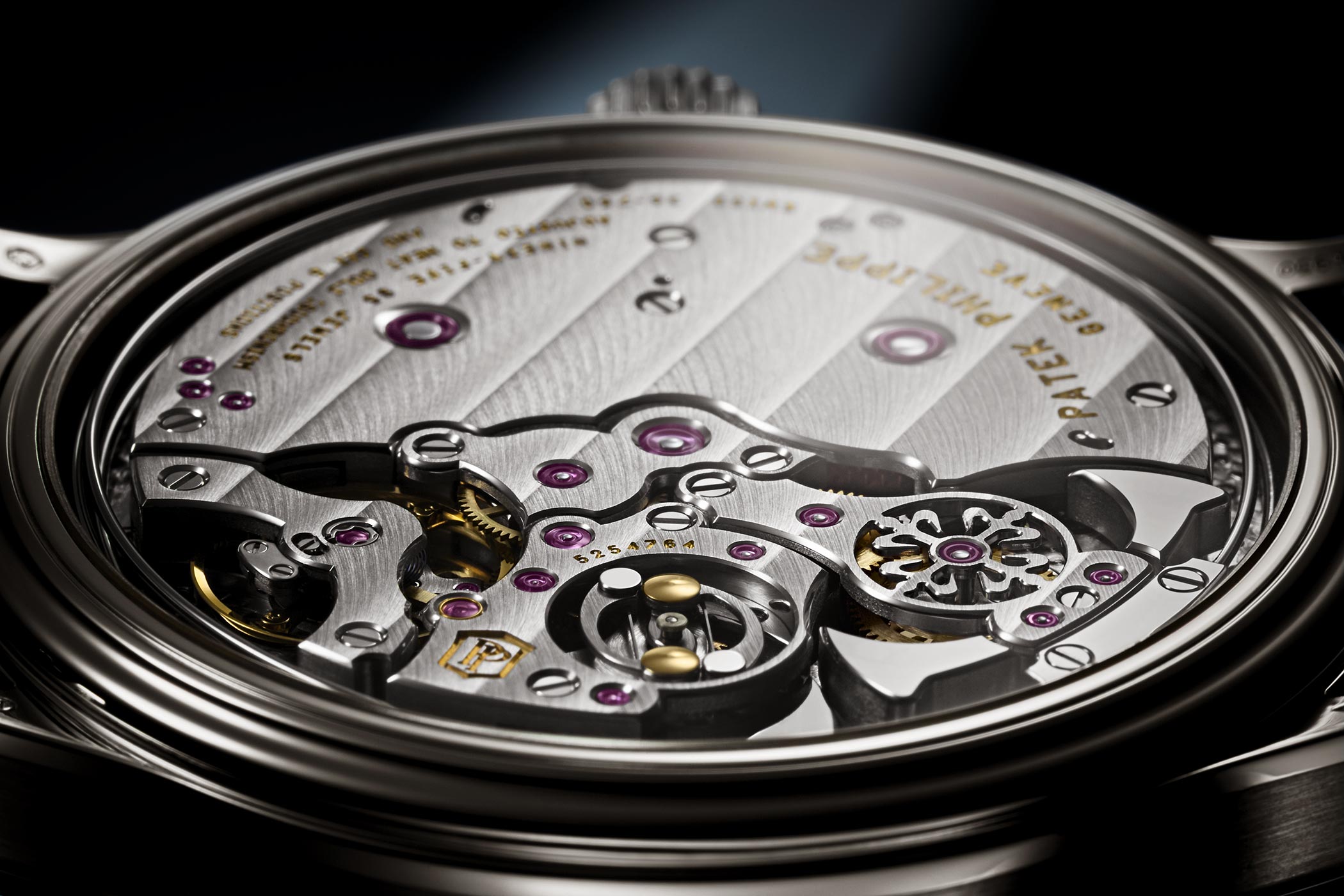 To make this calibre work, 703 components were designed, crafted and installed by hand. The watch feature four spring barrels, two for each going train (remember, the sonneries have their own power supply), this means that the watch can run for three days while the sonnerie will need re-winding daily if used in grande sonnerie mode. The balance wheel oscillates at 3.5Hz, and there’s a deadbeat complication in there making the seconds hand tick rather than sweep. This is popular purely to demonstrate mechanical virtuosity, one could argue that it’s about precision, but this watch is not COSC certified. 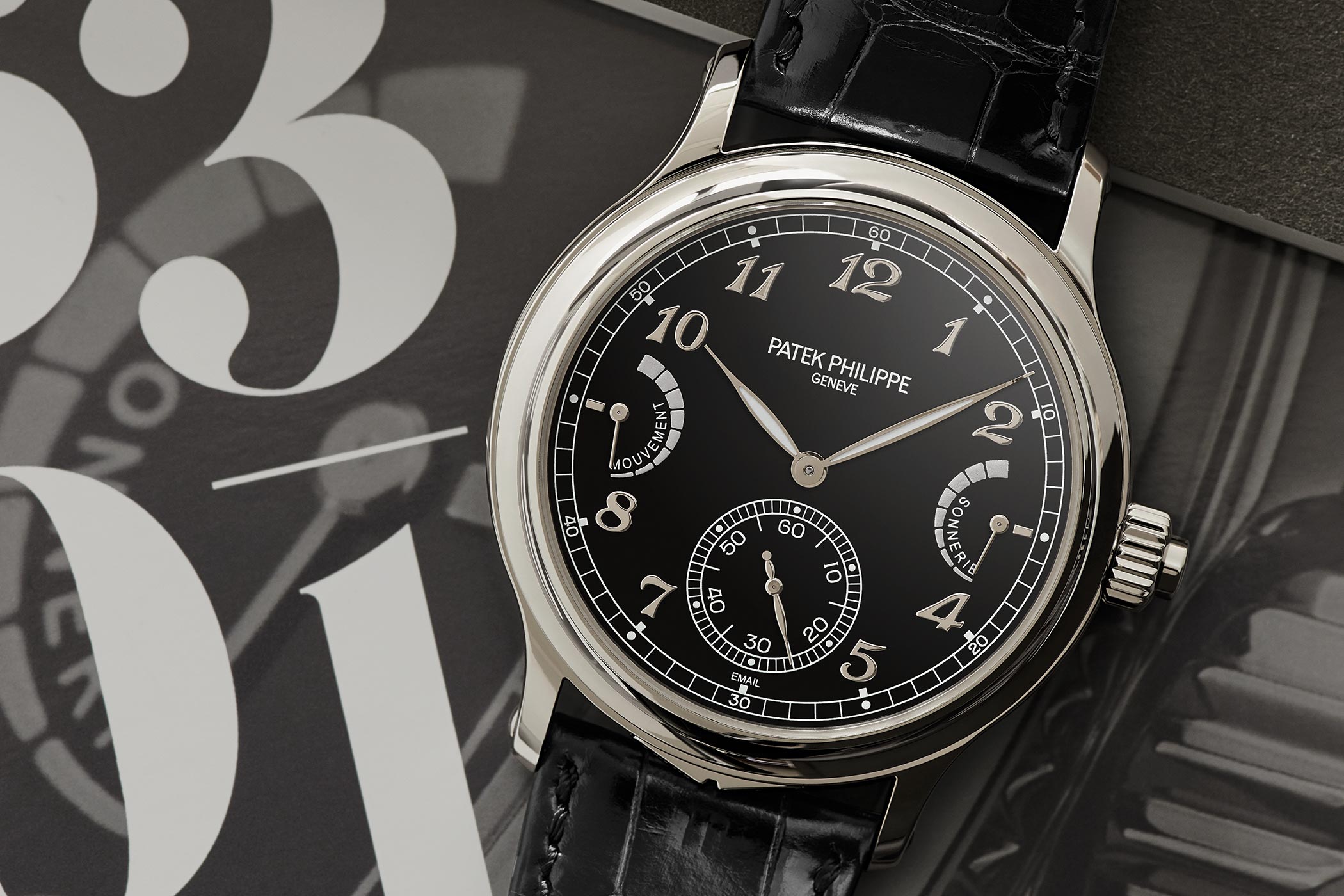 There’s a lot to love about this watch. I love the black dial with elegant Breguet numerals the most. The size doesn’t bother me, as you know you’re getting something incredibly complex. It’s not often I gush over a watch like this, but it’s not every day a watch like this comes along. The price is available on request. Oh well, if you have to ask, you can’t afford it.