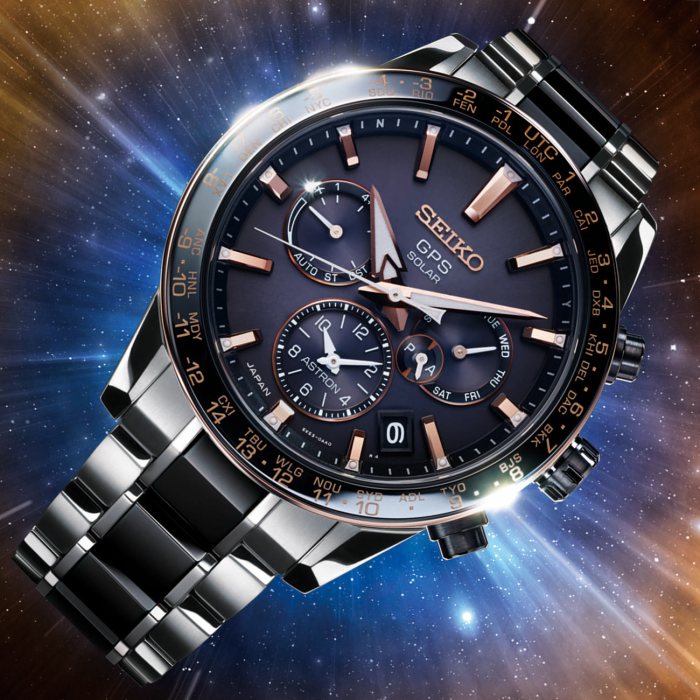 A wristwatch with a GMT feature enables the wearer to track multiple time-zones at the same instant, making it one of the more practical/useful complications in watchmaking. Surprisingly though there is a dearth of GMT watches in the market and it definitely puts a smile on our face when a new one hits the scene. So, on that note let us introduce you to the Seiko Astron GPS solar dual time 5X53 watch. Featuring an upgraded Astron movement with a number of intriguing new features, this watch is aimed at providing a more refined multi-zone time tracking experience using an enhanced GPS module. And as a bonus, this time around Seiko has also kept wearing comfort in mind by keeping the dimensions slightly compact as compared previous Astron watches. 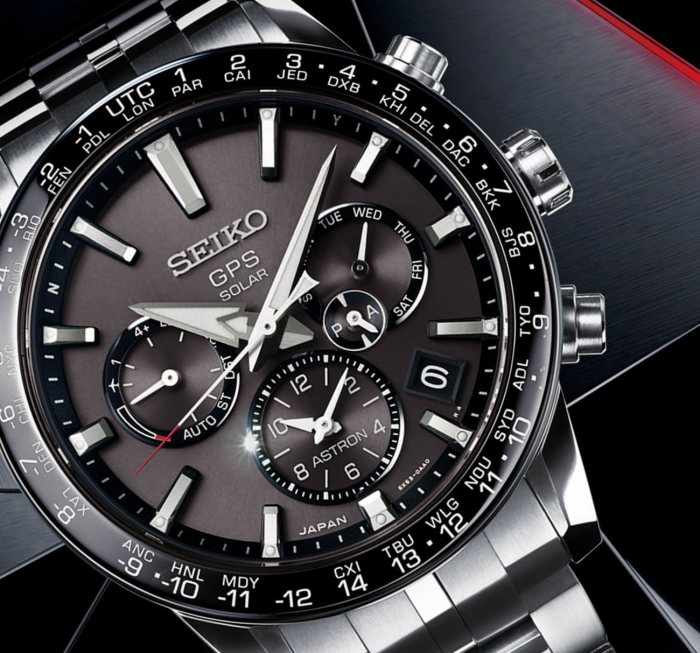 When it comes down to accuracy in time-keeping there is no denying that a quartz powered watch can easily beat some of the best mechanical watches out there, and who else can talk quartz better than Seiko. Released back in 1969, the Seiko Astron was the world’s first quartz powered wristwatch and Seiko’s never-ending pursuit for accuracy has transformed the Astron into a much more technically innovative family of watches which includes the new Seiko Astron GPS Solar dual-time 5X53. This watch, like all its predecessors, features a GPS module to keep precise track of time and uses sunlight to charge the battery of the watch implying that the user would never need to swap batteries which is a common pain point with most of the quartz watches. 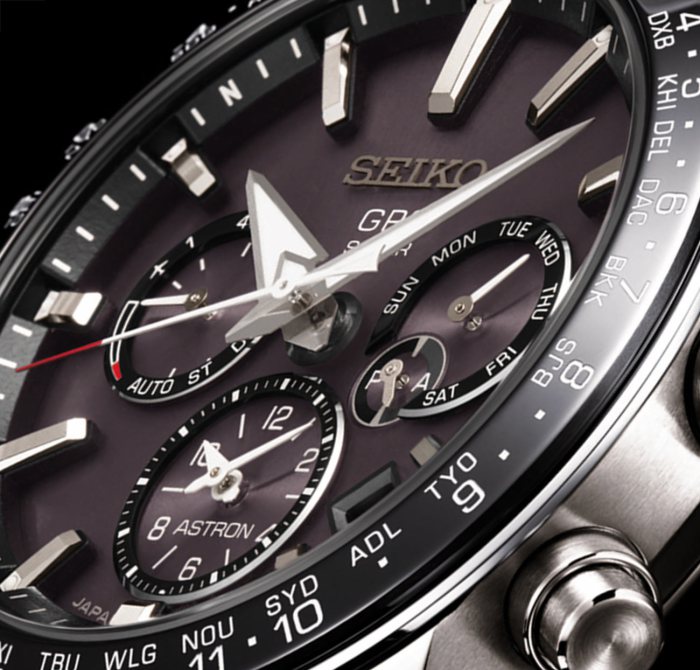 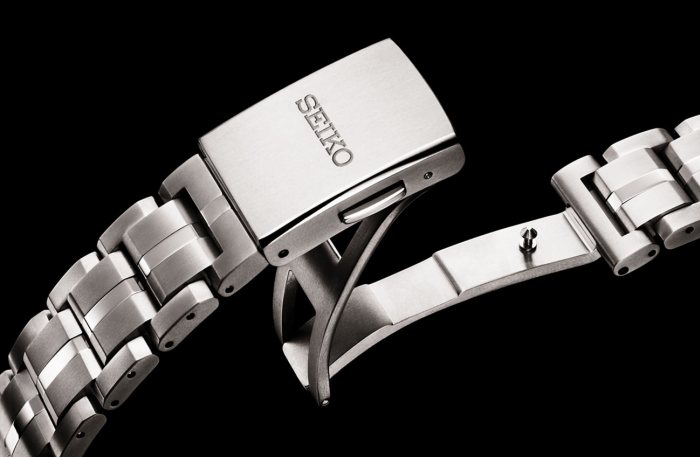 But with the new 5X movement Seiko has made some significant changes. The speed and quality of the GPS connection has now been enhanced by re-engineering the entire GPS module resulting in a faster and more intuitive watch. For example, because of a system that moves the hour, minute and seconds hands independently, the watch only takes three seconds to change 14 hours from Tokyo to New York time. New functions also allow automatic daylight adjustment and give the wearer the ability to switch the main dial instantly from home to local time and vice versa. The watch would also now connect twice a day to the satellite network; the first connection is made at the time the dial detects sunlight, while the second is made at a pre-determined time set by the owner, helping it to achieve atomic time accuracy. 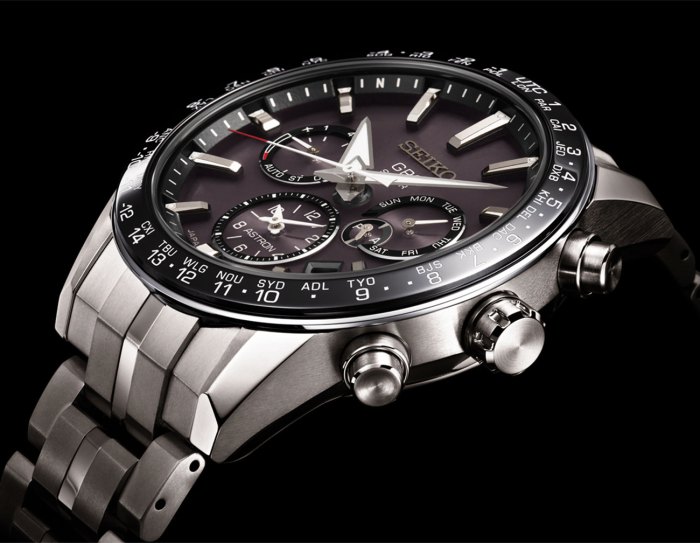 With the Seiko Astron GPS Solar dual-time 5X53, Seiko has also reworked the case proportions a little. Measuring 42.9mm wide by 12.2mm thick, this new model certainly appears to be more tamed and wearable than its siblings, and Seiko has even claimed that this is the world’s smallest and thinnest GPS watch. The case is made out of titanium, which would make the watch lighter further adding to the overall wearing experience making it a nice choice for an everyday timepiece. Being a luxury offering the finishing on the case is exceptional with a nice interplay between brushed and finely polished surfaces which utilize Seiko’s famous Zaratsu technique lending a mirror-like finish. Water resistance is rated to 100 meters which is good enough to sail the wearer comfortably through those rainy days with peace of mind. Another point worth noting is that most of the new models come equipped with a titanium or titanium/ceramic (SSH007, SSH009, and SSH011) bracelets which utilize a new micro-adjustment system which can tighten or loosen the bracelet on the fly. 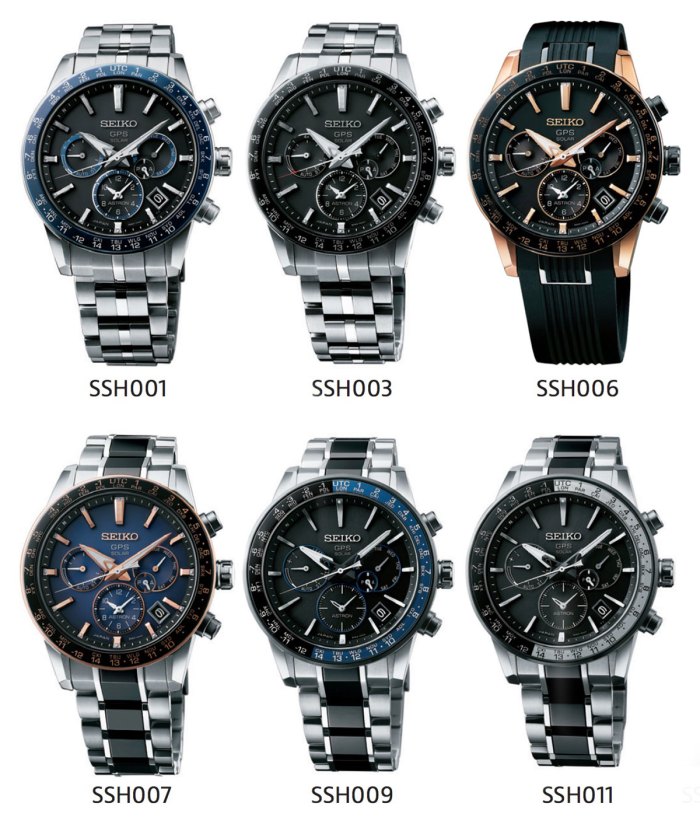 The Astron GPS solar dual time 5X53 is a well-rounded package from Seiko and is targeted towards people who are nerds when it comes down to accuracy and cannot afford to lose track of time irrespective of where they are located. The watch would come in six different variations. The versions SSH001, SSH003, and SSH006 would retail at a price of €2,200 and would release in December 2018 alongside the limited edition version SSH007 which would retail at €2,400 and would be limited to 2000 pieces worldwide. Versions SSH009 and SSH011 with sapphire crystal/ceramic bezels would release in 2019 and would be priced at €2,600 each. Visit Seiko here.