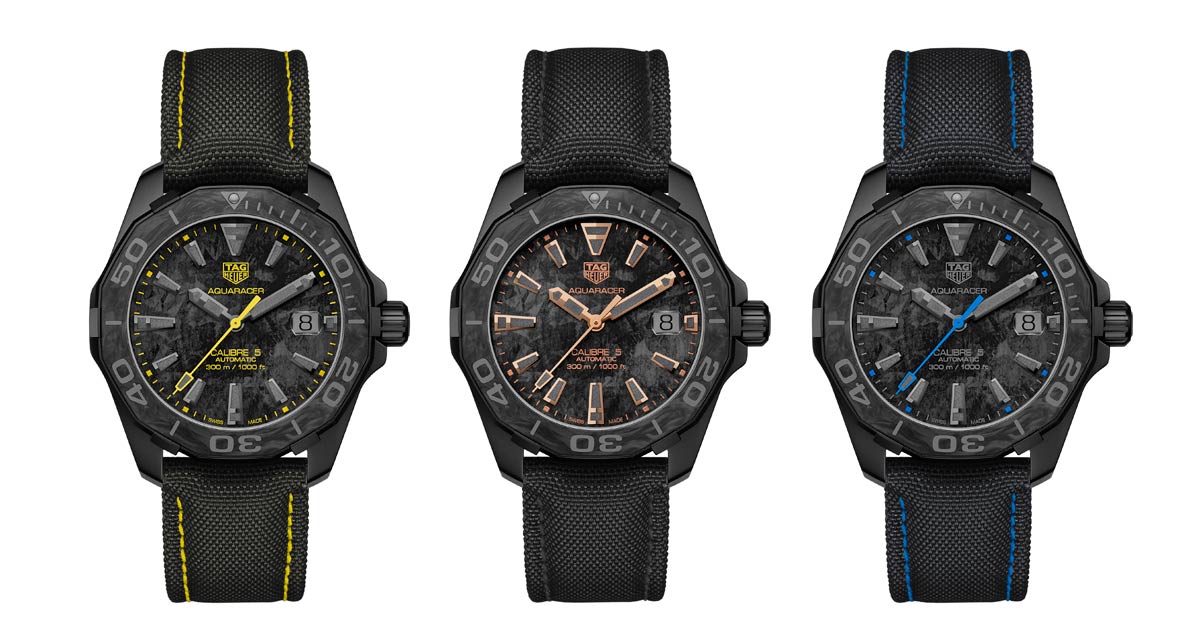 When Bamford announced its partnership with TAG Heuer last October, I was rather skeptical. I for one have never been a fan of blacked out watches. However, TAG Heuer is one of the few brands that partner up with more contemporary celebrities, enabling them to specifically target the millennial market. From endorsing celebrities like Alec Monopoly, a Graffiti artist, to becoming the first official timekeeper for the Premier league – the most followed football league in the world- TAG Heuer does it all. Hence I was still intrigued and had high expectations for the release at Baselworld 2018. And boy was I blown away. 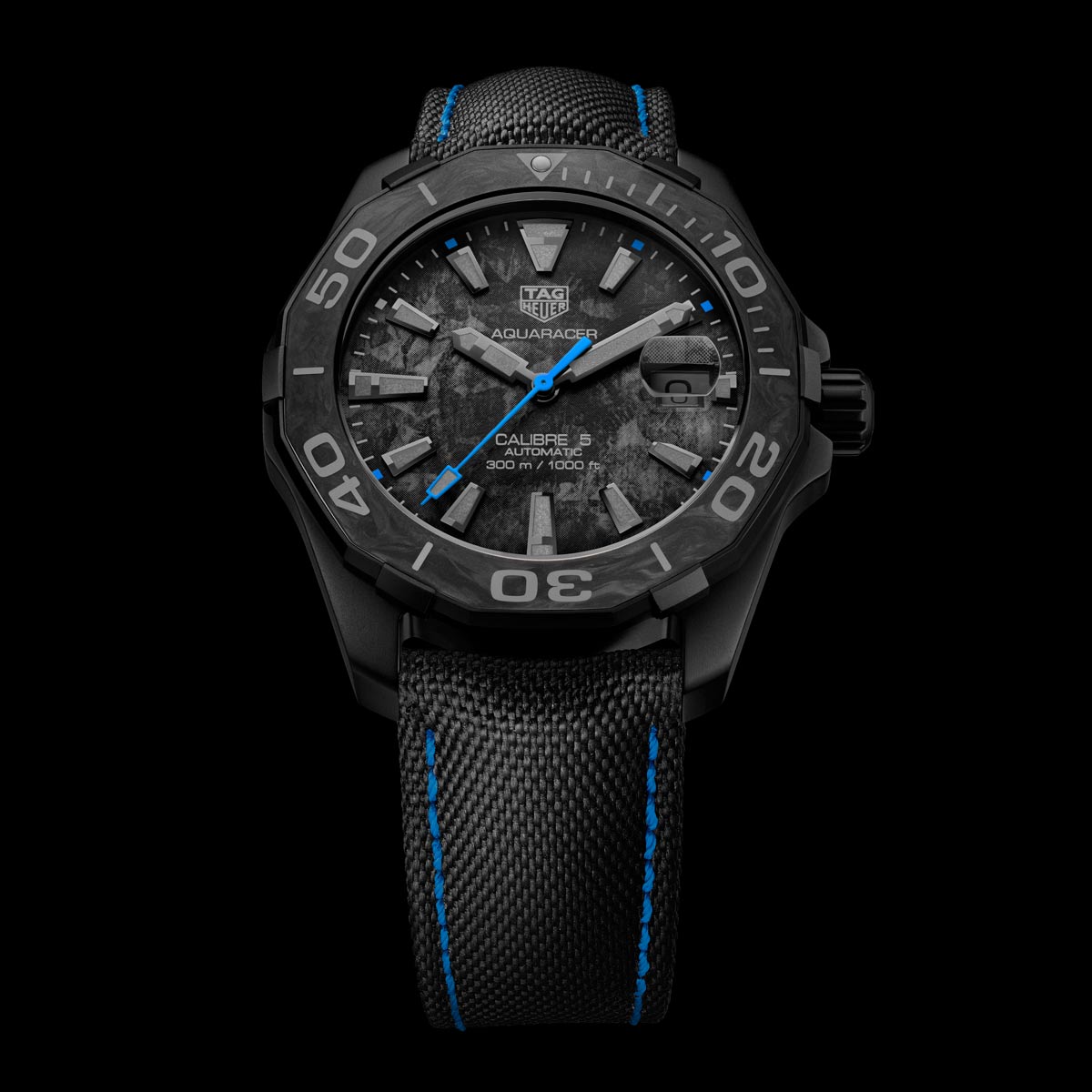 The timepiece is a contemporary classic with an ultra-modern visual identity, sporting a PVD case and an elegant full black dial that enhances the coloured counters. Simply put, it’s stunning. With the Bamford Monaco being a success, it only makes sense for TAG Heuer to follow up with that DNA and create another carbon watch. And what better way to do so than with their most iconic diver, the ultimate sports watch inspired by the aquatic world, the Aquaracer. 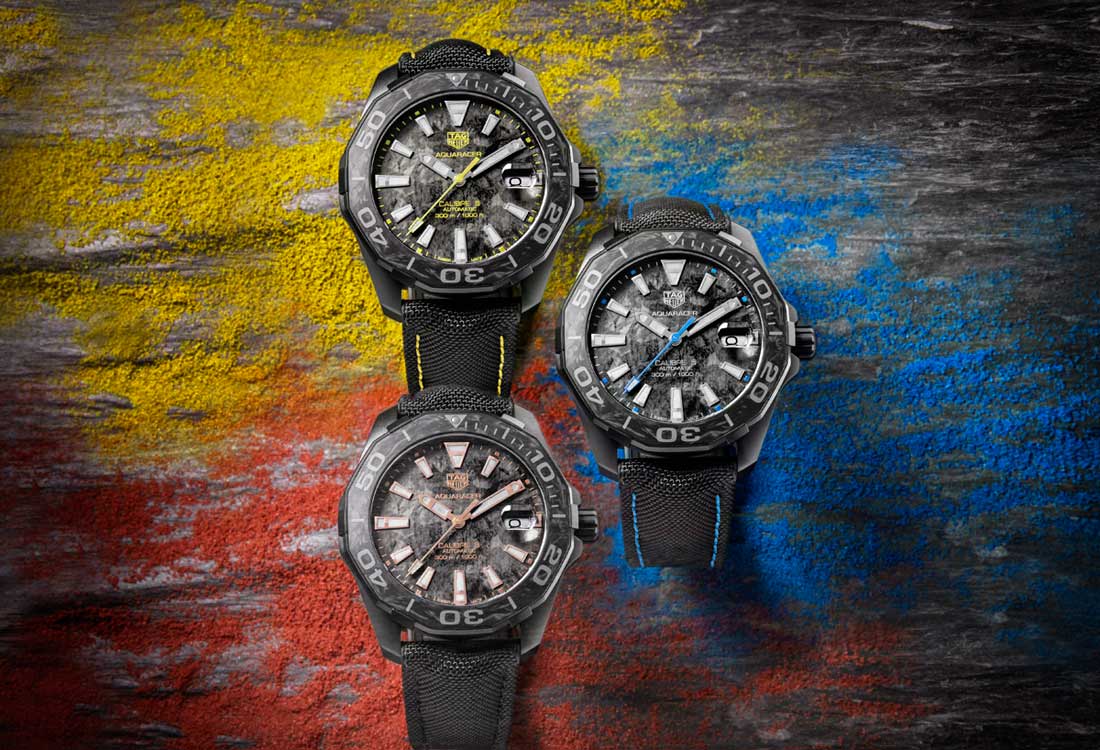 The carbon Aquaracer comes in 3 sporty colourways with the dial showcasing hints of rose gold, yellow or blue providing a legible contrast to the dial. It comes with equipped with a 38-hour power reserve thanks to Tag Heuer’s Calibre 5 movement that is based on the ETA-2824. The main highlight of the watch is of course he bezel. The marbleing effect created by the random injection of carbon fibres into a high-temperature pressed resin creates a unique piece with an exclusive black motif mottled with grey streaks. 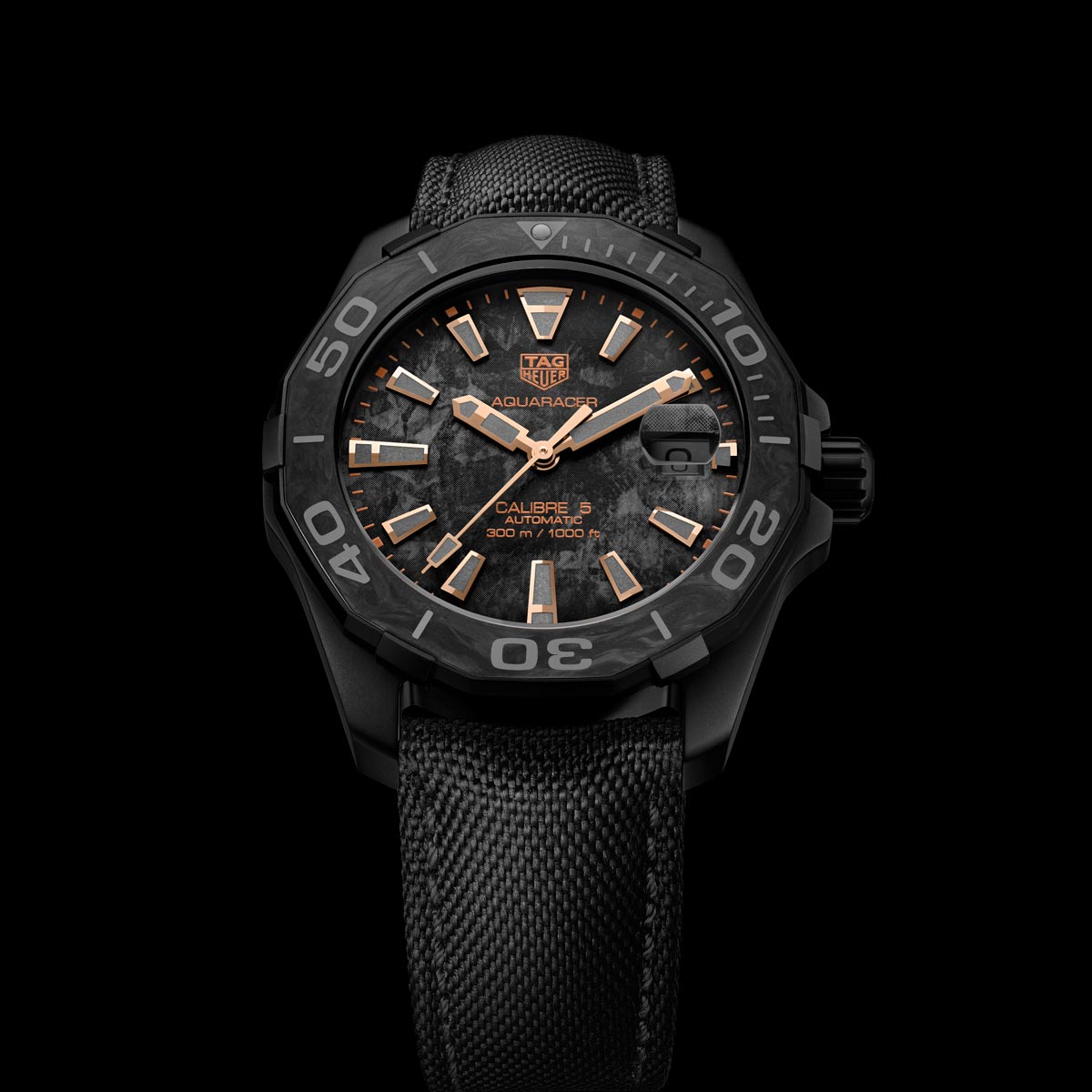 Coming in at 41mm, the Aquaracer’s case size just hits the sweet spot and should look good on any type of wrist. The timepiece comes equipped with a Nylon black strap with dial complementing side stitching PVD along with a sandblasted and fine-brushed titanium black PVD coated folding clasp buckle. One of the main features of the Aquaracer is its 300m-water resistance making a durable and versatile watch. 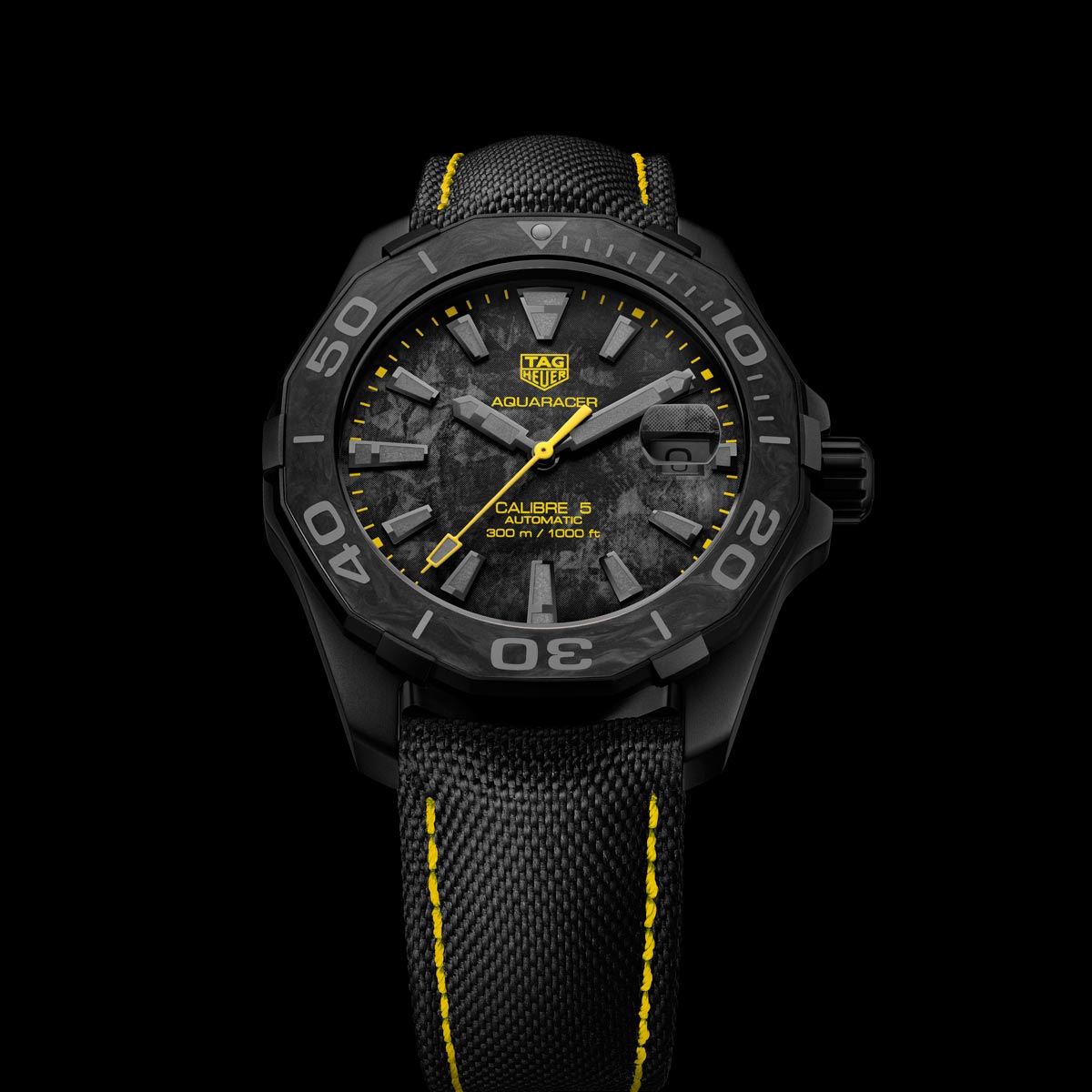 Unlike the Monaco, the Aquaracer only has its bezel made out of carbon with its case being made using grade 5 titanium making it lightweight adding to the sporty aesthetic of the watch. The dial as well, despite the looks, is not made out of carbon, unfortunately. However what it lacks it both the dial and case is made up in the cost. Priced at CHF 3,900, the Aquaracer is half the cost of the Monaco Bamford and is a good entry point for those interested in having a watch made using carbon.

With big brands such as Hublot with their Big Bing and Bvlgari with their Octo Finissimo Minute Repeater, the thinnest in the world, it is no secret that carbon watches have become a hit in the market. Overall, I think the new carbon series adds a unique twist to the Aquaracer line-up that has been running since its release in 2004. It is lightweight, sporty, durable and most importantly, the carbon probably matches the wing of your new Lamborghini Huracan. Visit TAG Heuer here.