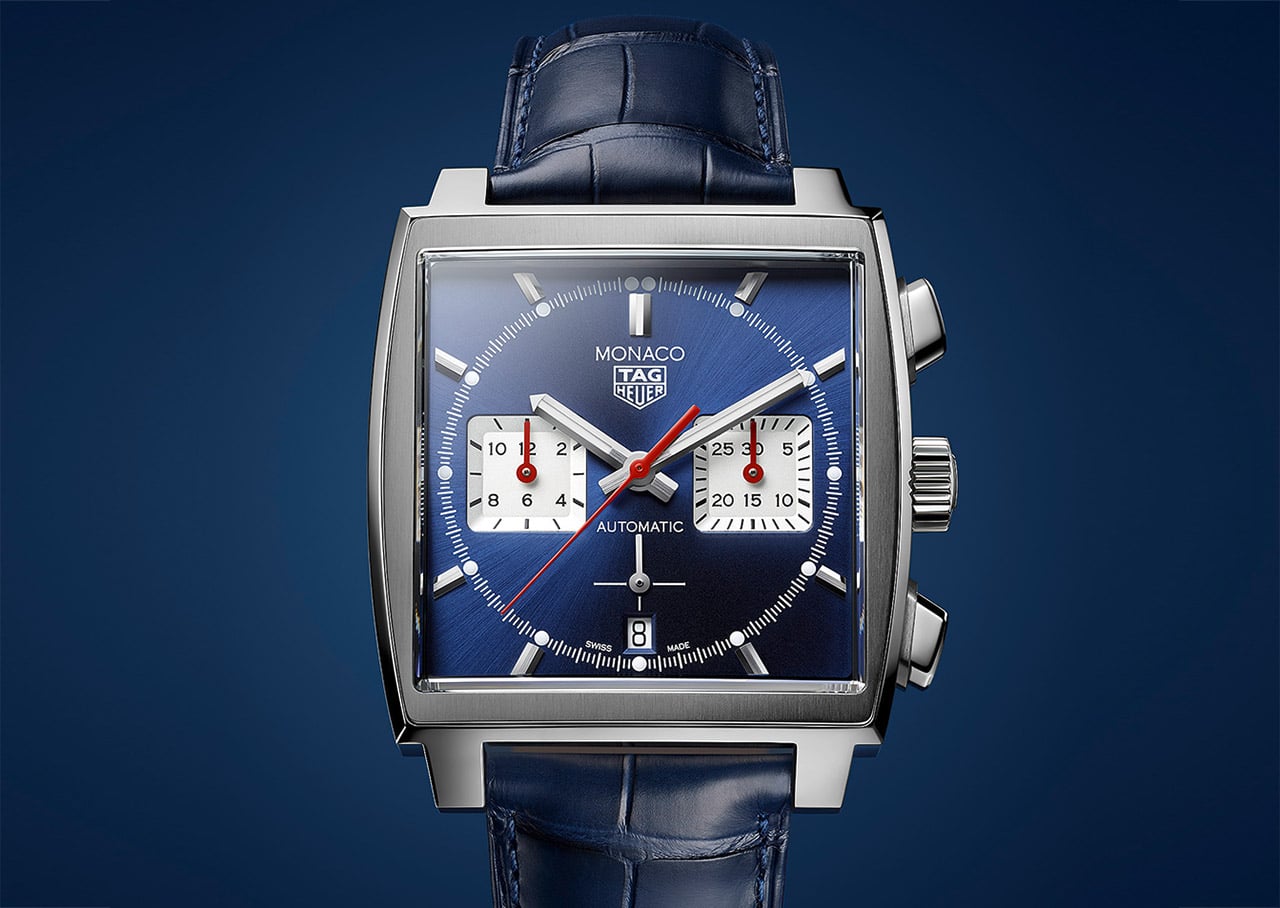 Fifty years ago this year, TAG Heuer released the Monaco watch. This now iconic square design has been a staple of the TAG Heuer lineup ever since and has adorned the wrist of some of the coolest people to have walked this planet. Of course, you know all that stuff, but did you know that they are upgrading their in-house movements? Thought not, let’s get to the watches and see what’s what. 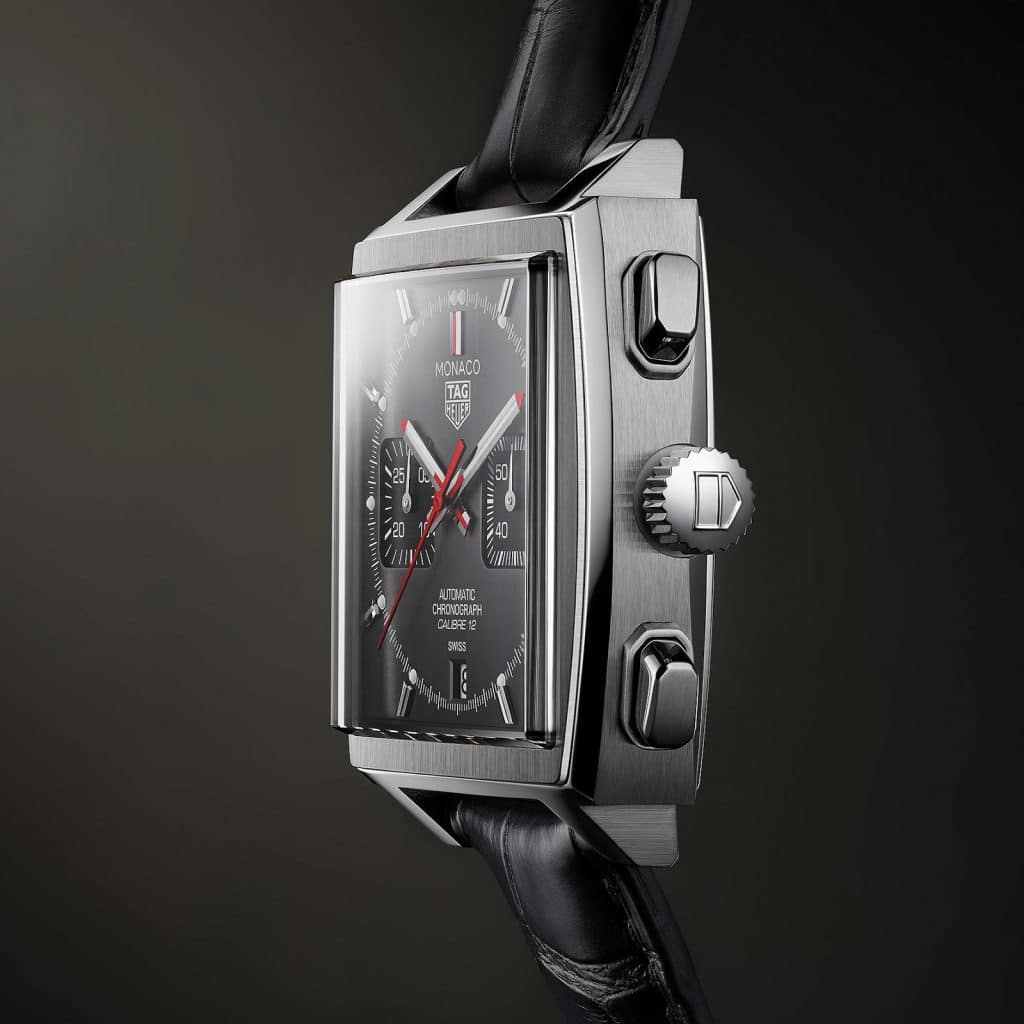 First off is the Monaco that celebrates the final use of TAG Heuer’s Calibre 12. The Calibre 12 has been with TAG Heuer for a while now, and it’s their standard chronograph workhorse movement that’s based on a Sellita SW300-1 ebauche, finished to TAG Heuer standards of course. On top of that Sellita base movement is a Dubois Depraz chronograph module. Dubois is highly regarded in the watch industry; their chronograph modules are used in a lot of high end watches including, but not limited to, the Royal Oak Offshore from Audemars Piguet. 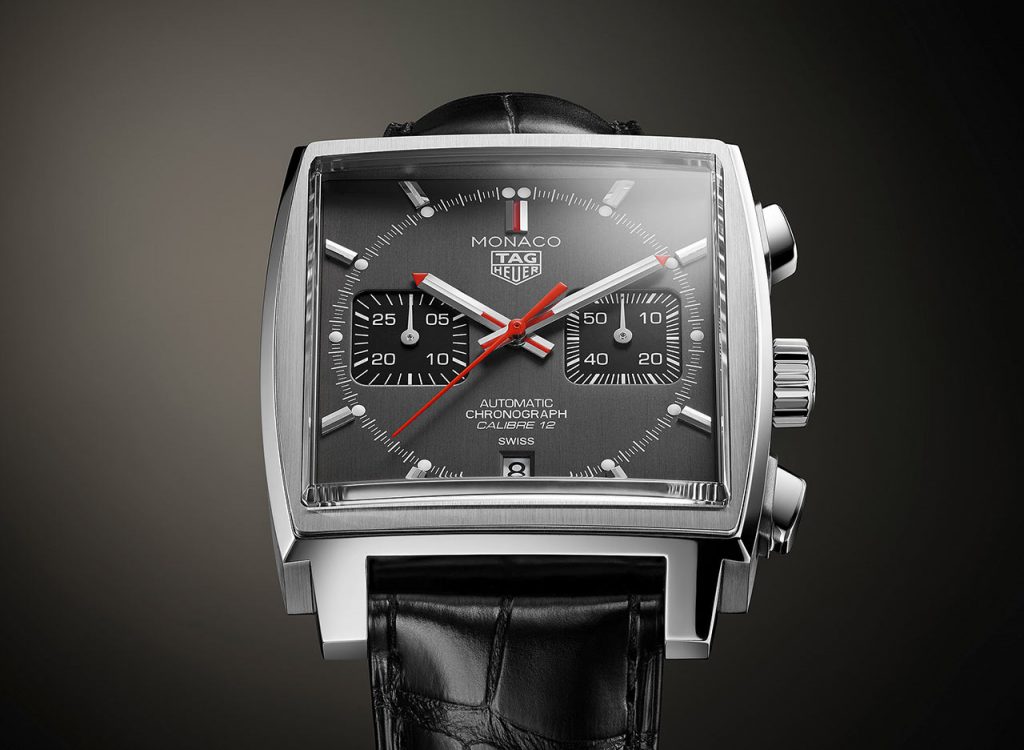 The dial of the watch is a silver ruthenium colour, while the iconic square chronograph subdials are black with white contrast printing. To add a sprinkle of colour to this dial, the seconds and the tip of the hour hand have bright red paint on them, as well as the counterweights for both the hour and minute hands. The date sits at the 6 o’clock position, and just above that are a few lines of text, one of which denotes the movement used in the watch, as a part of the send-off. Only 1000 of these will be made, and the price will be $5950. 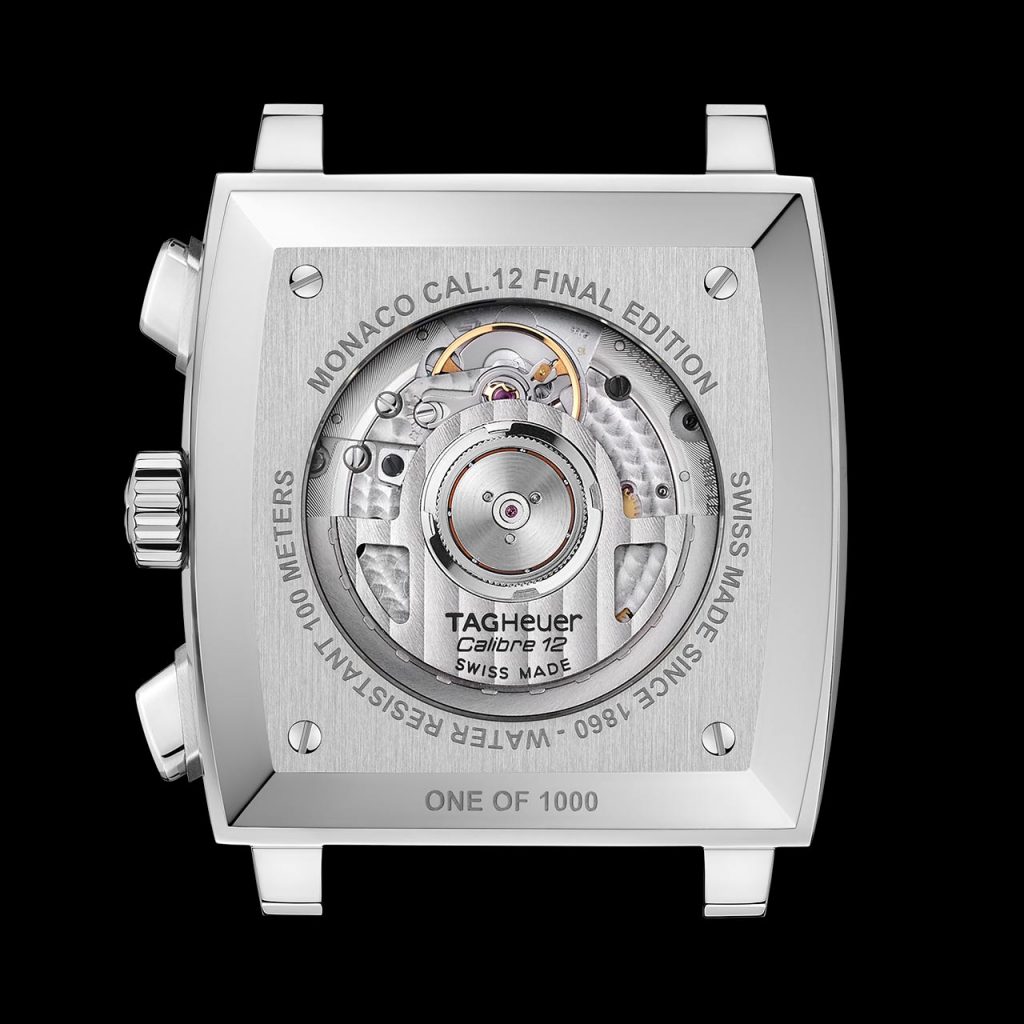 My father once said to me that you should never be sad that something is ending, as it means something new can take its place. That’s stuck with me throughout my life so far, and I hope it continues to do so. While the Calibre 12 has been with TAG Heuer for a while now, it’s been in the Monaco line since 2009 to be precise, and it was overdue for replacement. The trend these days is towards in-house production of movements, and people value the words ‘in-house’, regardless of what that means. Not one to be left sitting around, TAG Heuer introduces the new in-house made Calibre Heuer 2 into the Monaco for the first time. 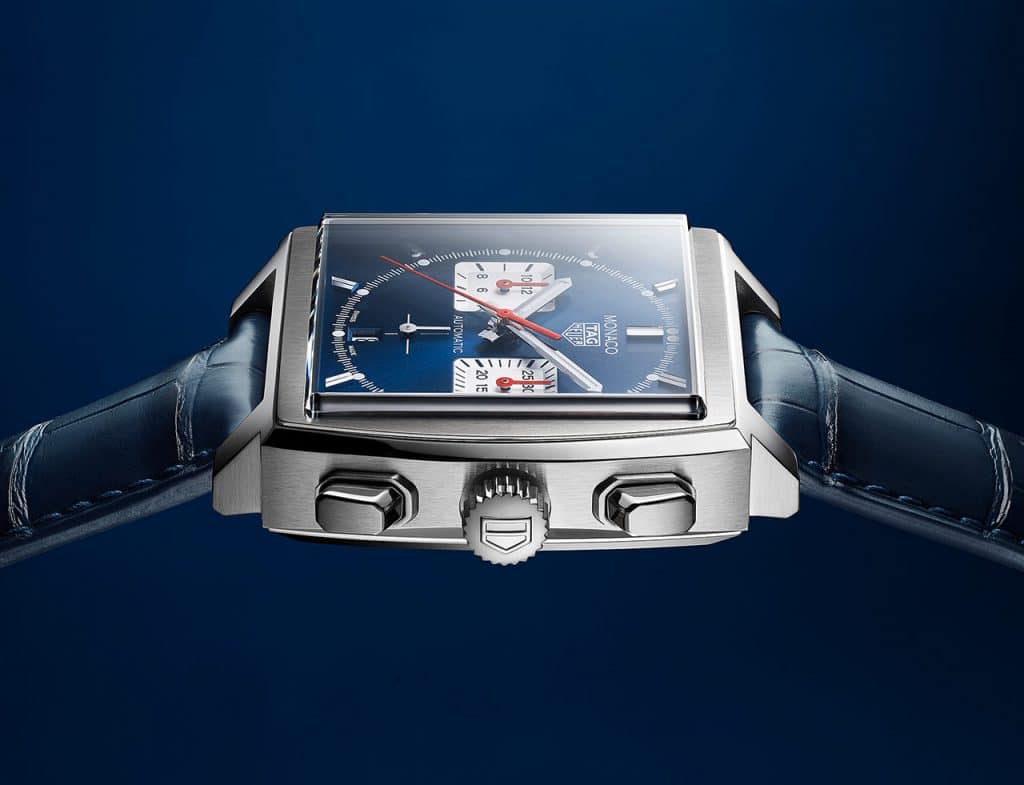 Until now it’s been reserved for the Carrera models, a line of watches I genuinely think are great watches at a reasonable price. Now, though the Calibre Heuer 2 has found its way to the Monaco line, and to celebrate its arrival, TAG Heuer has put it into a blue themed watch. Those who have been blessed with the gift of sight will know that blue is the theme of all popular watches at the moment, so it makes sense. The dial now features a running seconds on it as well, placed at the 6 o’clock position. This meant that the Monaco can now time up to 12 hours, thanks to the new subdial arrangement. To keep the dial balanced, the running seconds has been made as discreet as possible, so it’s only a small hand with a white cross, I feel they could have left it out altogether. 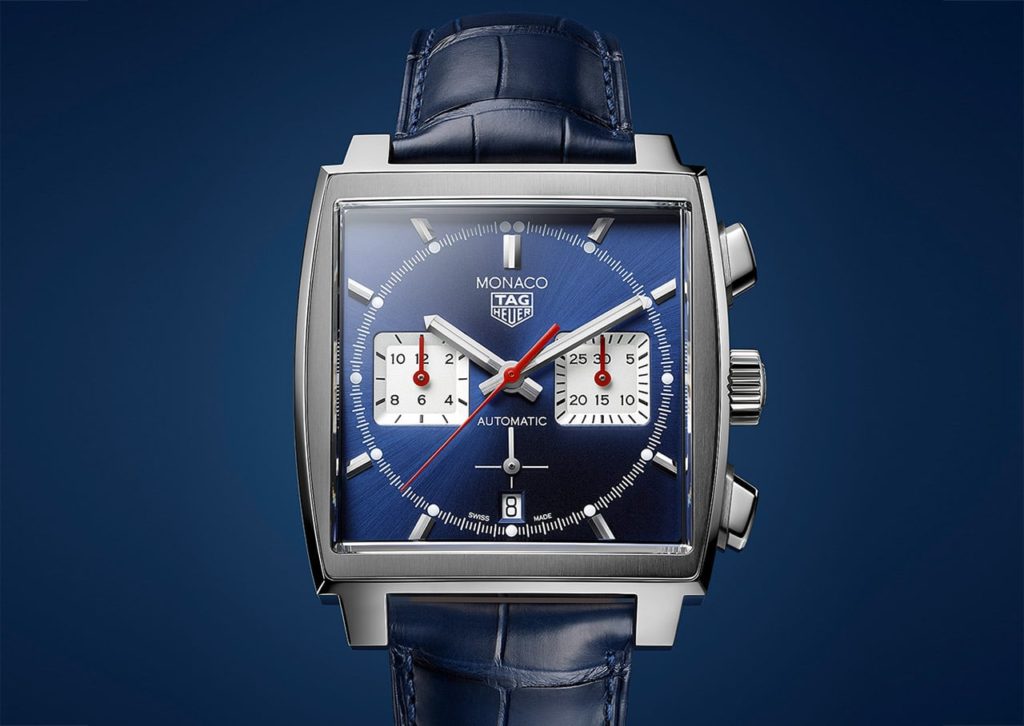 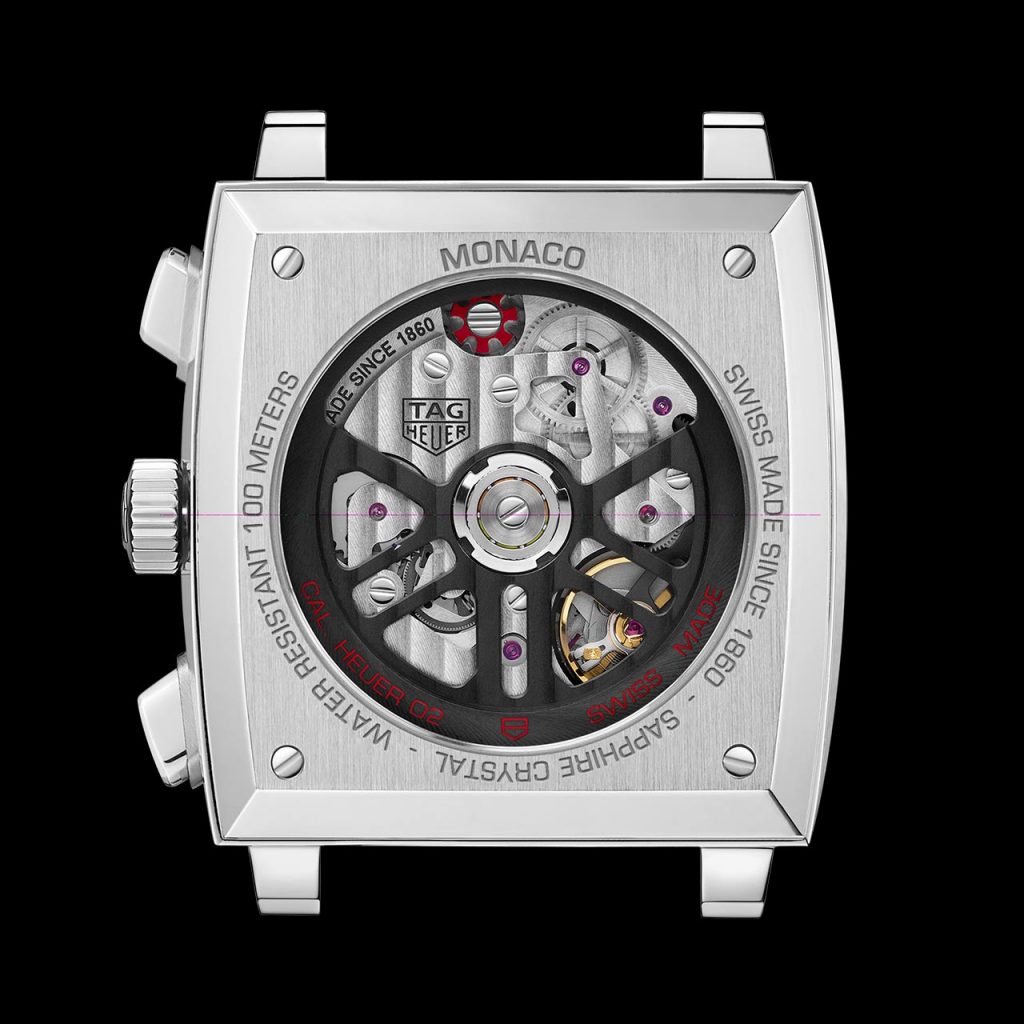 Not only is the Calibre Heuer 2 now made in-house, but it’s also got some good specifications. For starters, it has a 75-hour power reserve and a 4Hz beat rate, making it long-lasting and accurate. The chronograph also now features a column wheel operation, for more precise actions when interacting with it. No sign of a vertical clutch, though it does help keep the cost down. The TAG Heuer Monaco Heuer 02 watch retails for the same amount as the Calibre 12 Final Edition watch, with a retail price of $5950.