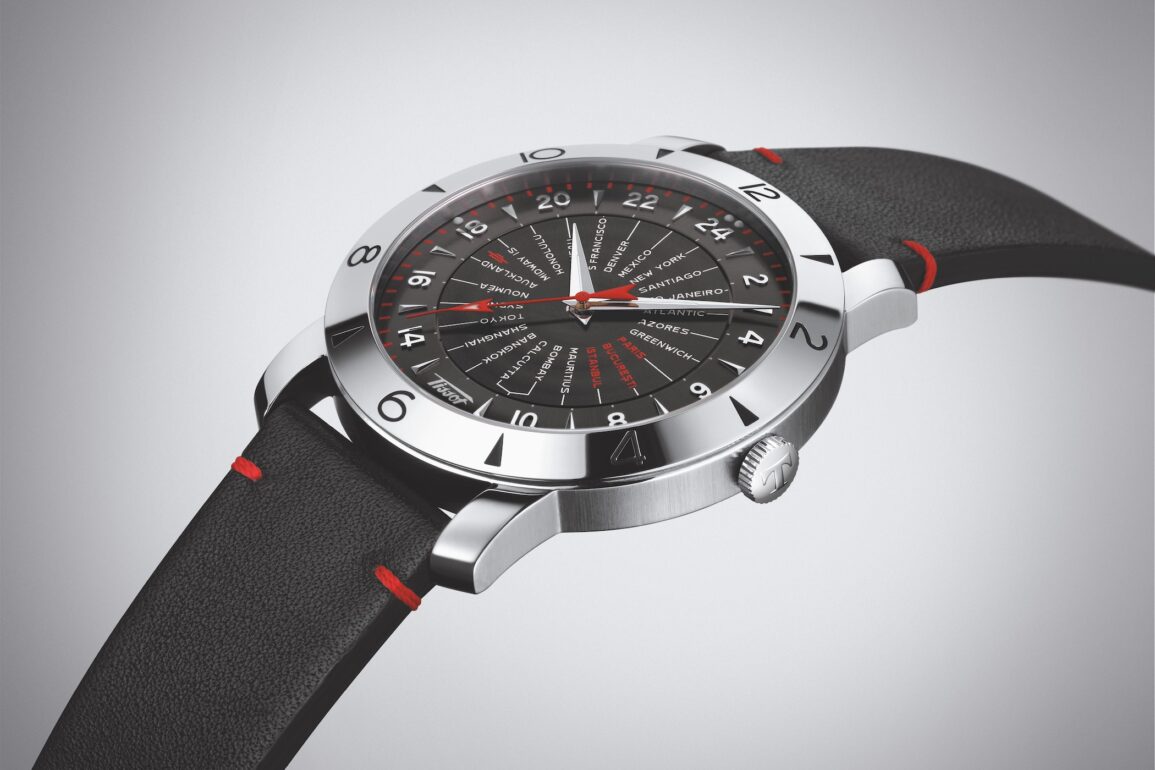 A special watch that marks the 100th anniversary of French-Romanian airline CFRNA.

Tissot has just updated its Heritage collection with a new variation of the Tissot Navigator. Released back in 2013, the Tissot Heritage Navigator marked the 160th anniversary of Tissot and now, the new Tissot Heritage Navigator ‘Săgeata Orientului’ Limited Edition has been introduced to celebrate the 100th anniversary of French-Romanian airline company CFRNA (Compagnie Franco-Roumaine de Navigation Aérienne). Created in collaboration with Romanian distributor Albini Prassa this watch features a greyish black dial with bright red accents and is powered by a COSC certified Swiss automatic movement. 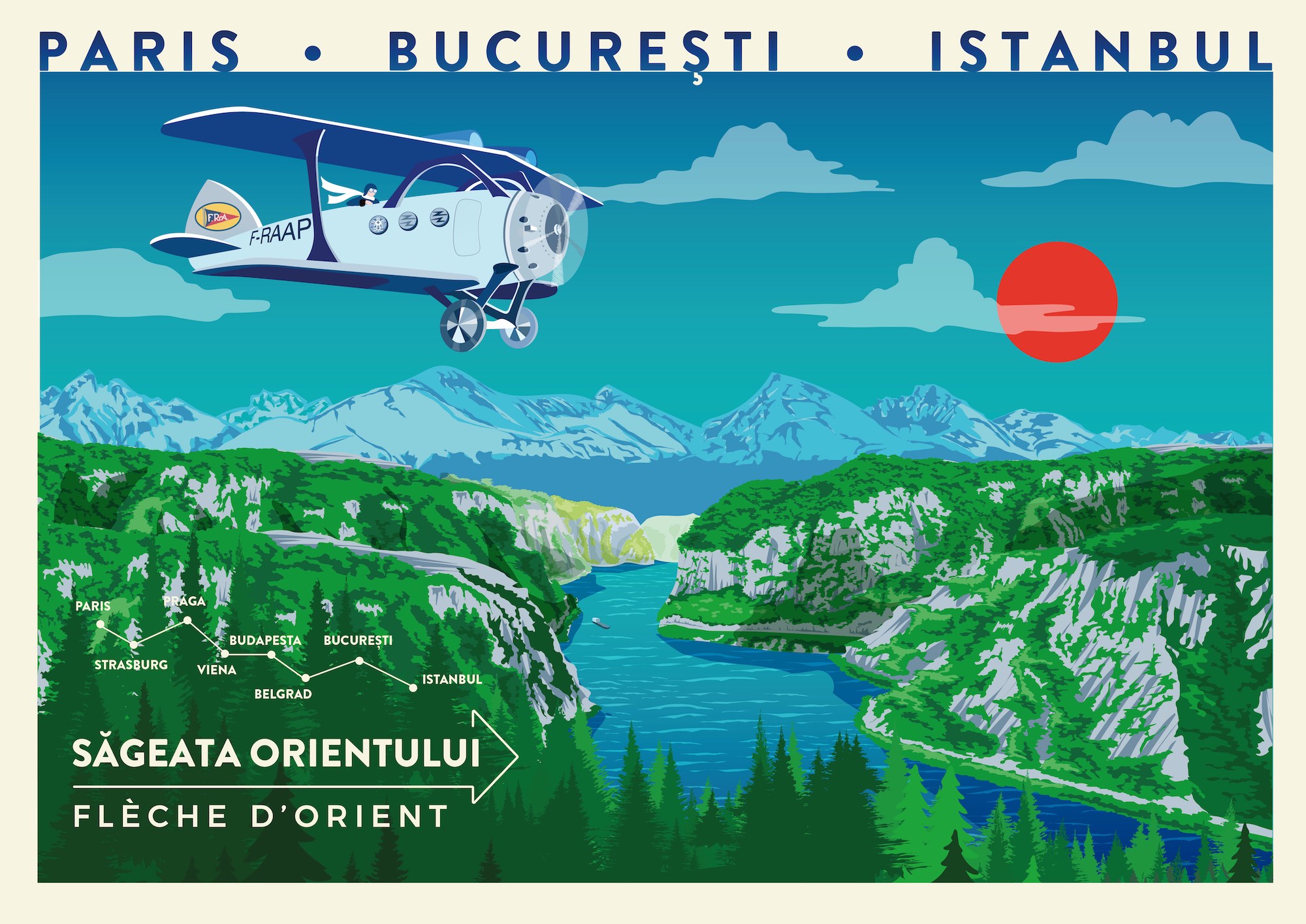 CFRNA was established in the year 1920 and was the first operative transcontinental airline in the history of aviation. The company transported passengers and cargo from Paris to Bucharest with stops in Strasbourg, Prague, Vienna, and Budapest. And now, 100 years later, Tissot and its Romanian distributor are paying a fitting tribute to CFRNA through this new world timer. 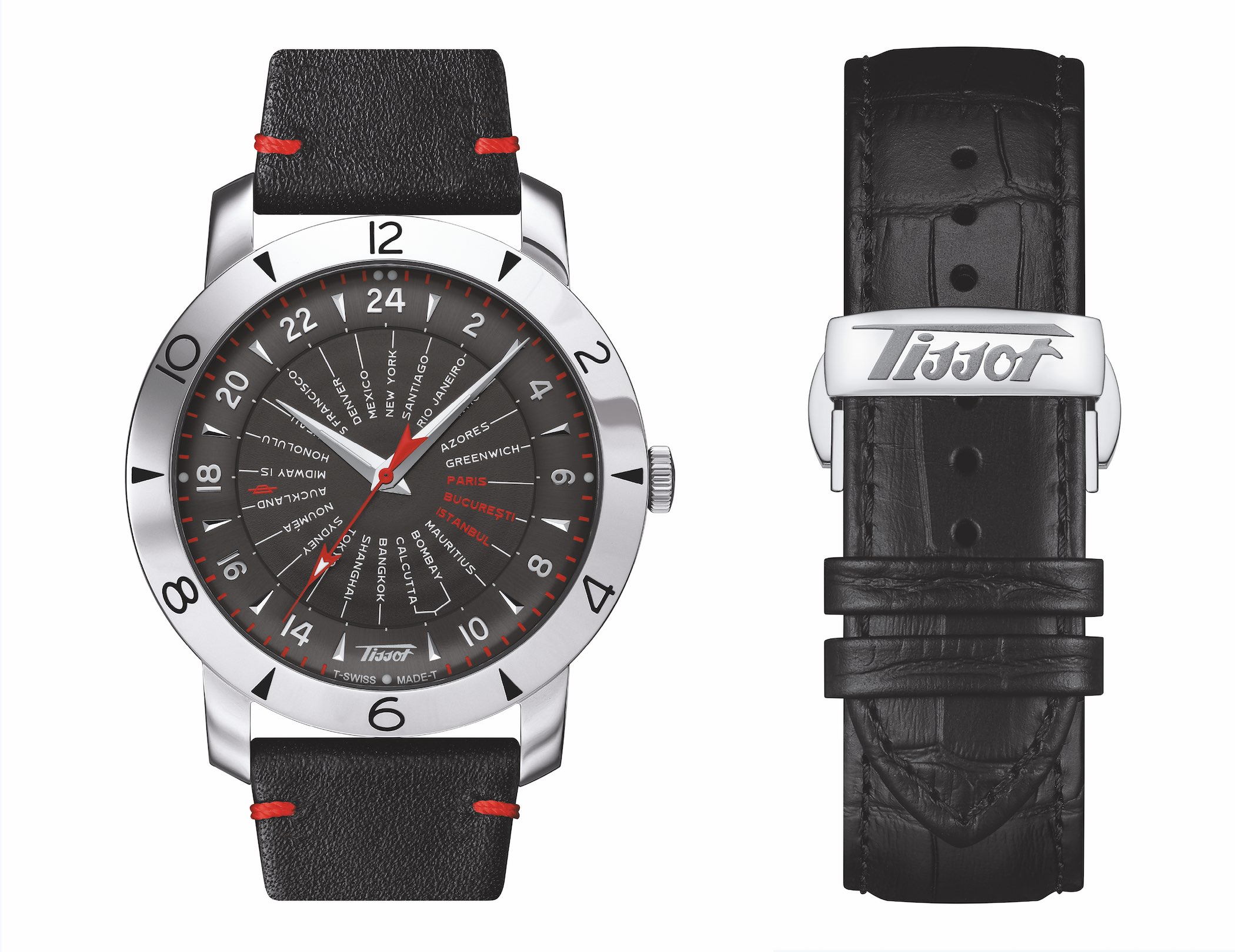 The Tissot Heritage Navigator ‘Săgeata Orientului’ Limited Edition is based on the 2013 Tissot Navigator and is hence quite similar to it in terms of functionality and design. So, what that means is that you still get a nice legible dial with applied hour markings, dauphine style hands, and the capability to track time in 24 cities at the same simultaneously. However, there are a few noteworthy differences as well. First and foremost is the new black colorway, which looks slightly more casual as compared to the white dial variant. Furthermore, the dial has been given some vibrancy with the use of red color that can be seen on the minute’s track, the arrow tipped seconds hand and to represent the cities of Paris, Bucharest, and Istanbul that have been specially added for this limited-edition timepiece. 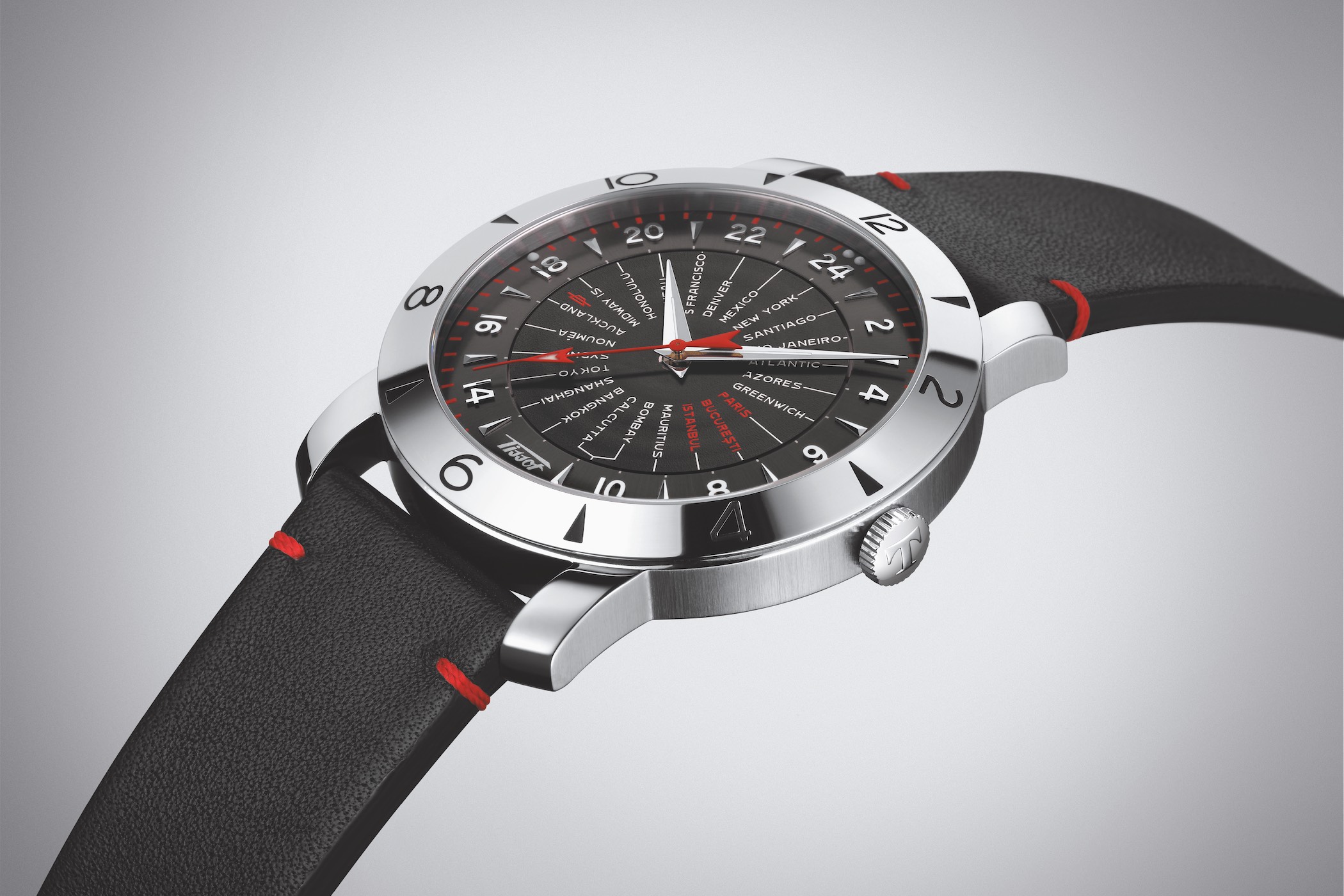 The case on this watch, like the dial, looks quite familiar. It features a stainless-steel construction with a nice mix of brushed and polished surfaces. The case measures a modern 43mm in diameter and has a thickness of just 9.62mm and there is a fixed bezel with a 12-hours scale on top of the case. Ticking inside is the trustworthy ETA 2893 self-winding movement that operates at 4 Hz, is COSC certified, and offers an autonomy of around 42 hours. The movement can be appreciated through an exhibition case back that has a blue airplane motif and the text “Flèche d’Orient” printed on it. 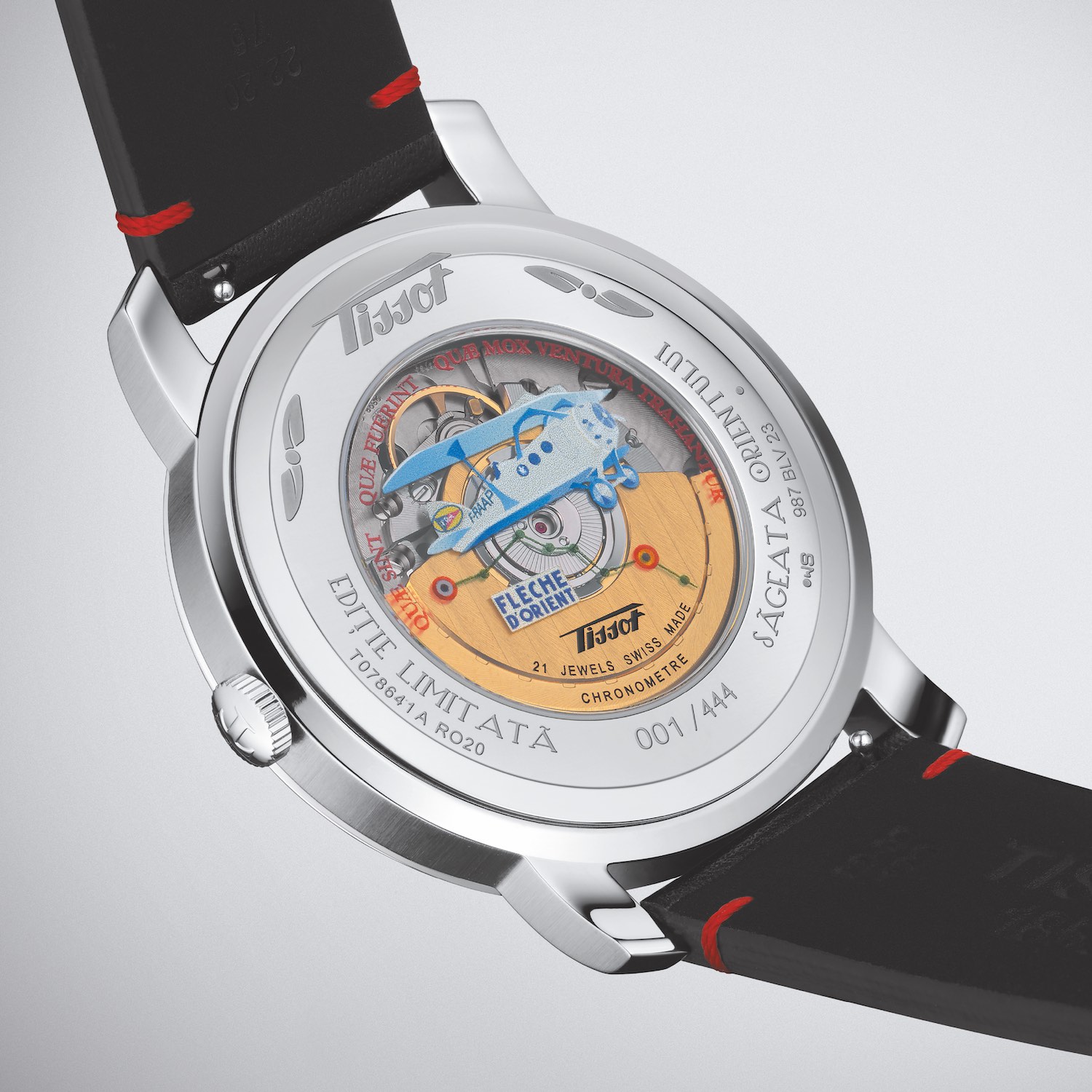 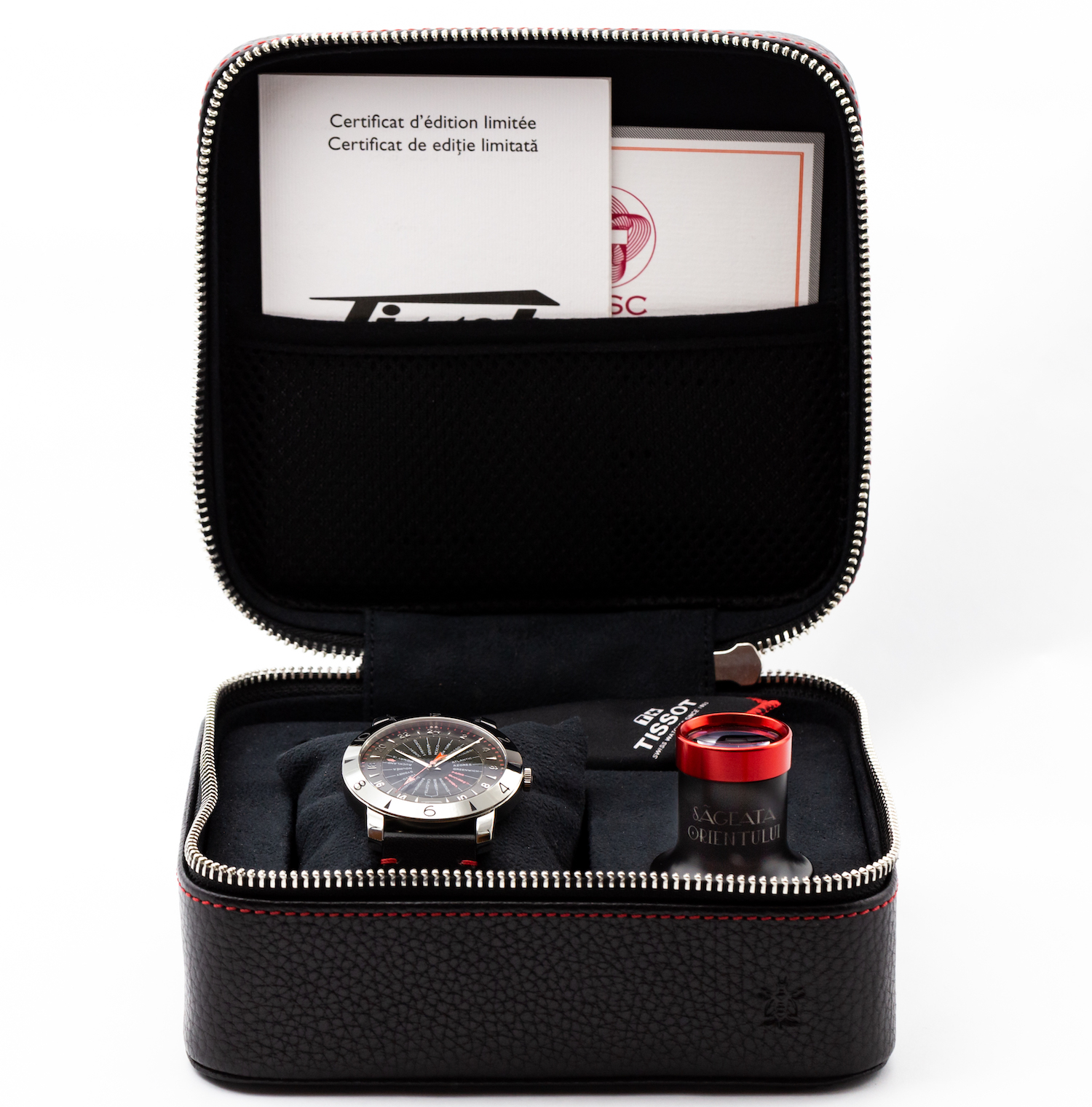 The Tissot Heritage Navigator ‘Săgeata Orientului’ is accompanied by a black leather strap with red contrast stitching. The watch would come packaged inside a special box that would also contain a loop, a special cloth, and a limited-edition certificate. Production is limited to just 444 pieces and the watch would retail for EUR 1,530.