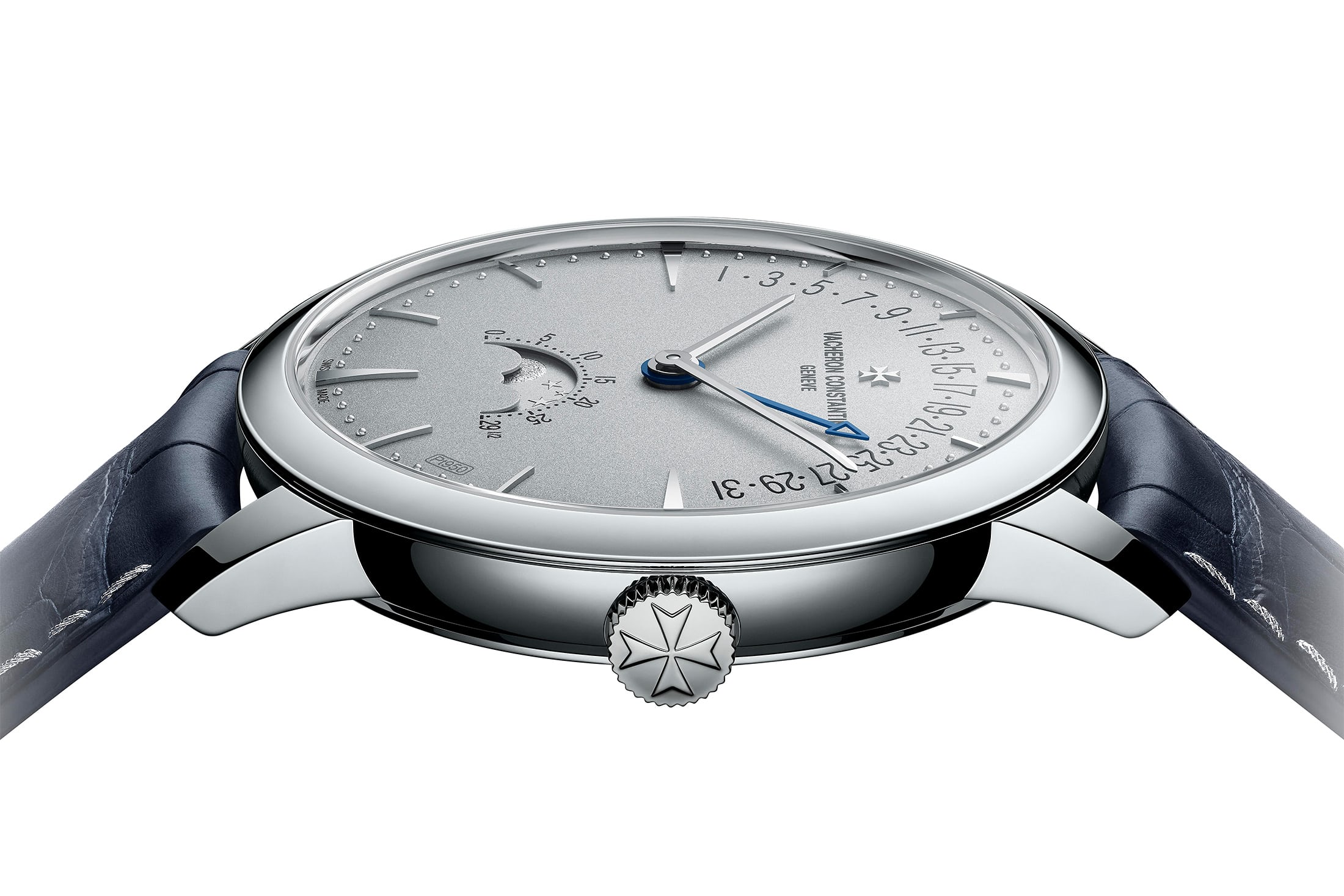 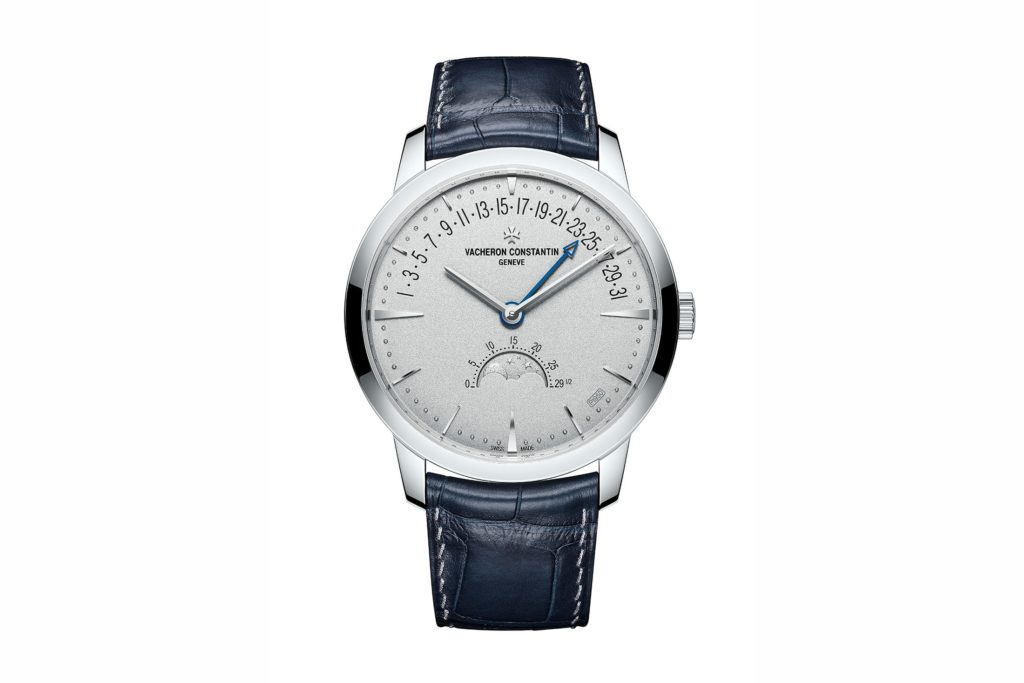 Already available in white gold and pink gold, the Patrimony Moon Phase Retrograde Date is not exactly a new watch, but this new Platinum version does add an elevated sense of luxury with a few upgrades. First and foremost is the case which has now been constructed from Platinum 950. Choice of material aside the dimensions of the case remain intact with a diameter of around 42.5mm and a thickness of just 9.7mm, making for a watch with presence but a slender profile. Water-resistance also remains at a lowly 30 meters which is quite acceptable for a dress watch. 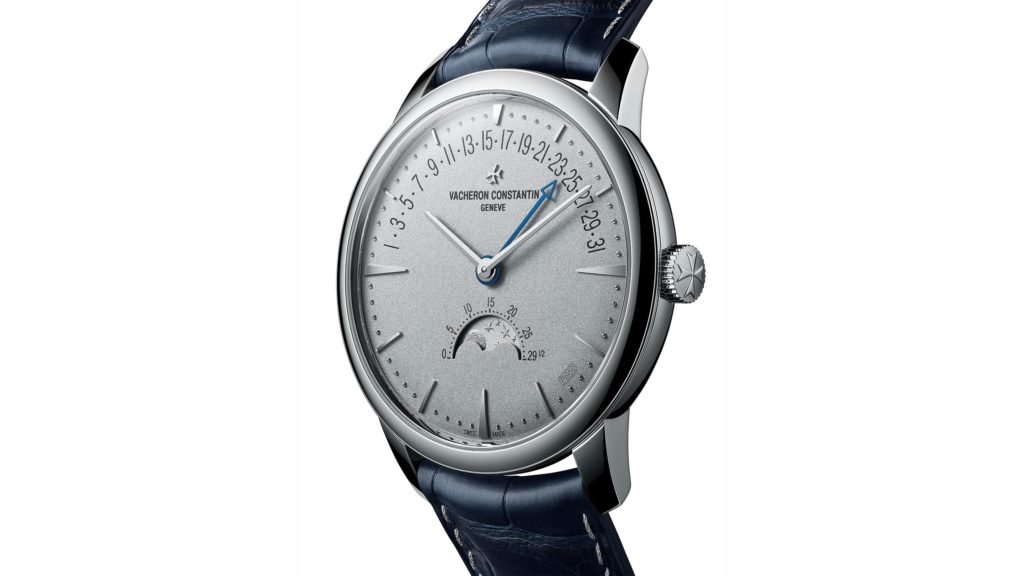 The dial is another area that sees a major upgrade. Unlike the opaline dials found on the current models, the dial on this version is also made of Platinum and has nice texture to it. Even the moon disc being displayed above 6 gets a similar treatment which makes it look more realistic and visually engaging. Apart from this you still get the thoughtfully design layout with a retrograde date display in the upper half of the dial, polished applied hour and minute markers, baton-style hour and minute hands, and a beautiful heat blued arrow tipped hand to read the date. 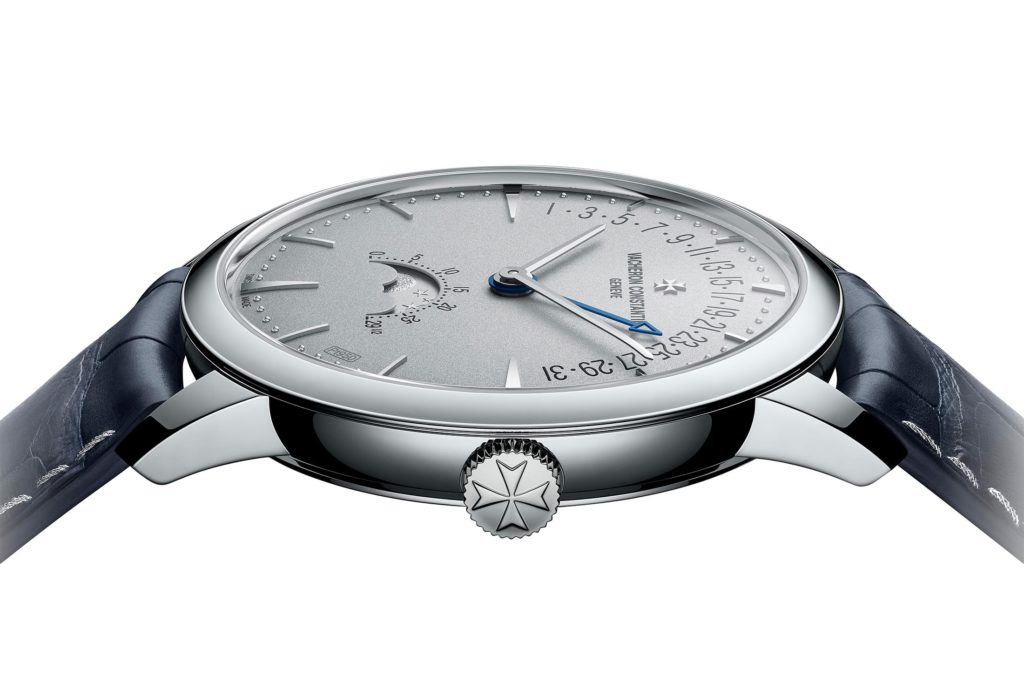 Flipping the watch over, the wearer would be greeted with a nice view of the Vacheron Constantin’s in-house caliber 2460 R31L. This is an automatic movement that comprises 275 parts, operates at a frequency of 4 Hz and offers a power reserve of around 40 hours when fully wound. Like any other Vacheron movement, this one is also beautifully decorated and has been given the Hallmark of Geneva certification.

The new Patrimony Moon Phase Retrograde Date Platinum would come attached to a high-quality blue alligator strap and would retail for EUR 75,500.