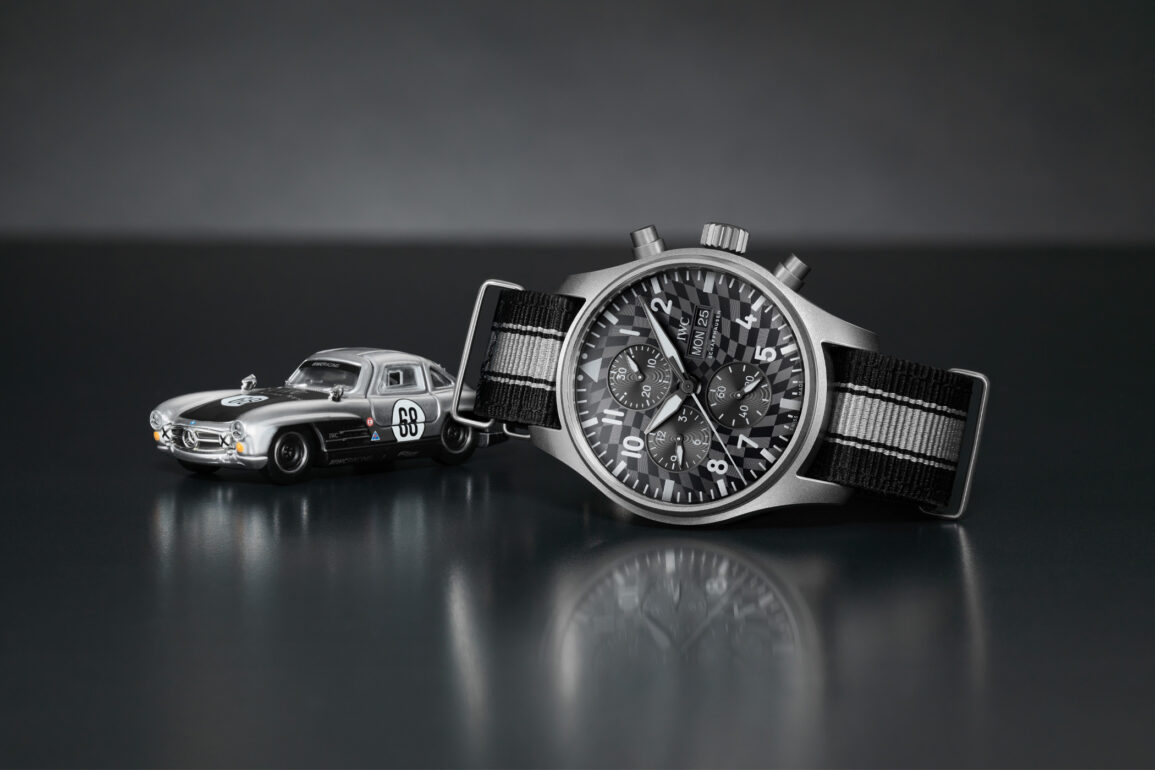 IWC makes a tribute to a Hot Wheels model.

You’ve heard of watchmakers partnering with carmakers for special edition pieces and watchmakers making unique pieces in tribute to a specific model of car, but I doubt you’ve heard of a watchmaker making a tribute to a toy model of a real car. Yeah, this is a bit like BMW’s 4 Series GranCoupé, the four-door version of the two-door 4 Series, which is the four-door version of the 3 Series they already had. Yeah, I’m not entirely following either, but roll with it and see where we go. 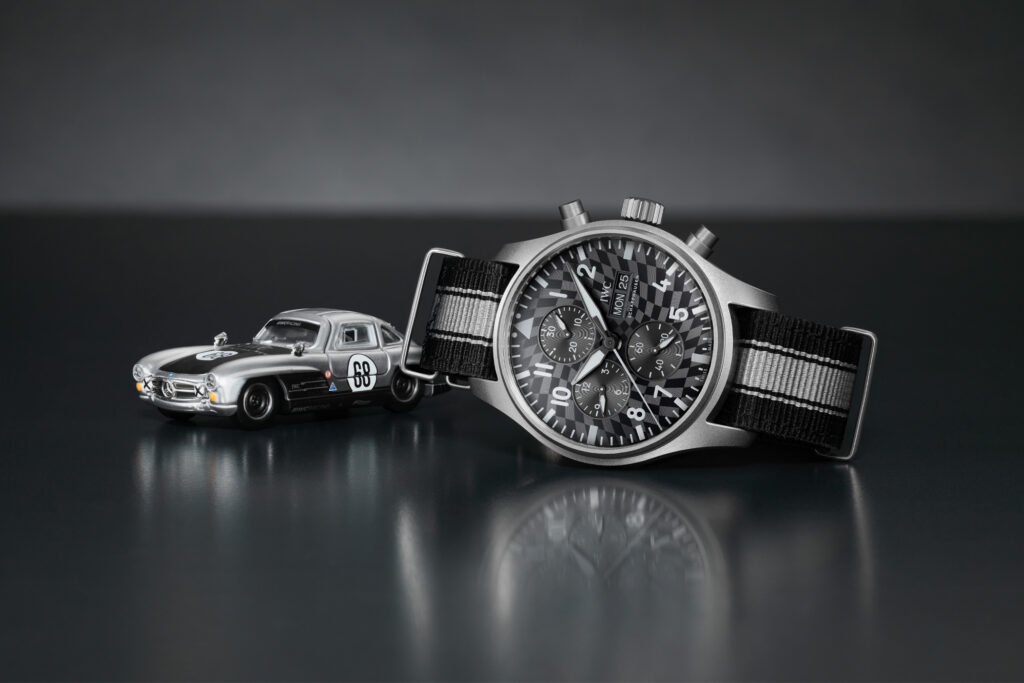 The Hot Wheels model is based on a 1955 Mercedes-Benz 300 SL Gullwing, one of the most desirable cars from the period (these things are easily worth over $1m in good condition. The car was used to mark a post-Covid return to normal as it appeared at the 78th Goodwood Members’ Meeting, which took place last weekend. Mercedes-Benz (owned by Daimler) made the car, Hot Wheels (owned by Mattel) made the model and IWC (owned by Richemont) made the watch. How poetic. 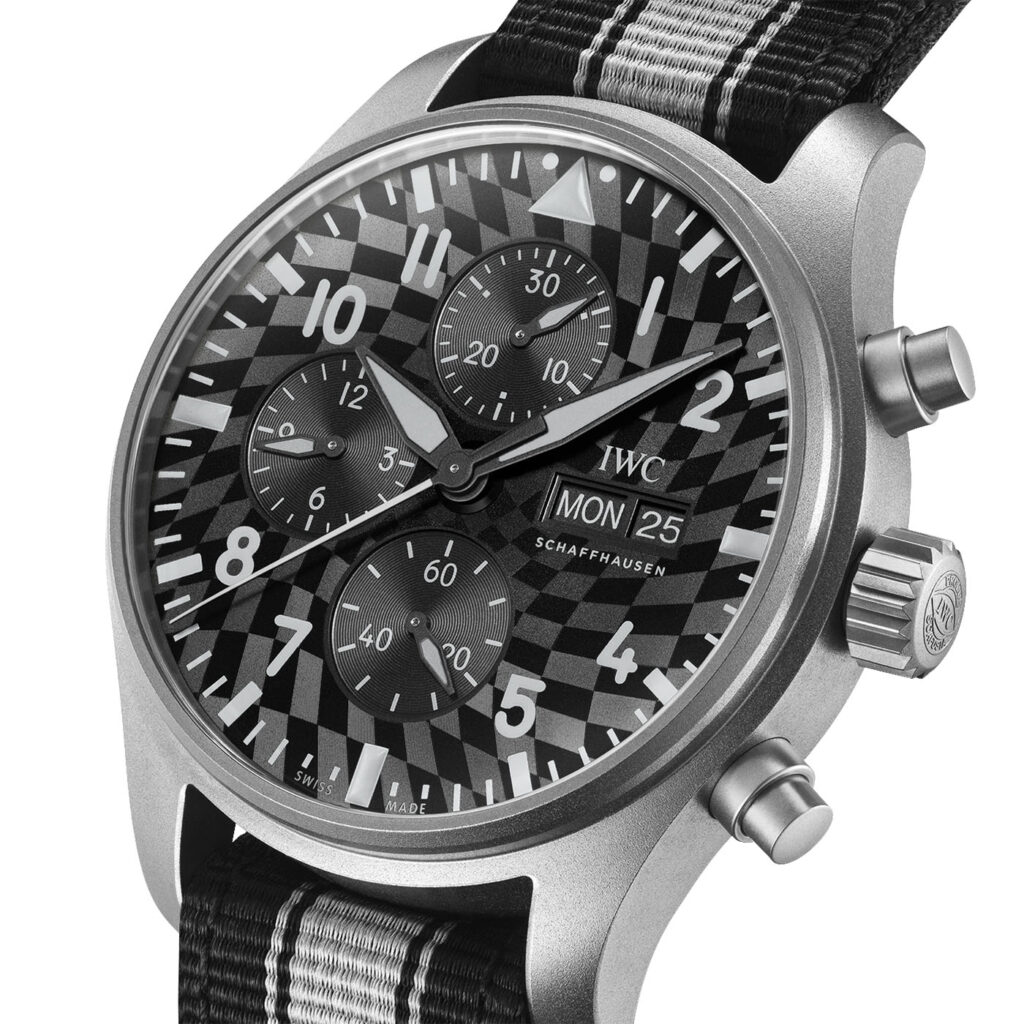 IWC has fitted the dial with a chequered flag to draw attention to the watch’s motorsports history, but it’s given the pattern a twist and a gradient fade to black in the centre, making it look a little like one of those 3D graphics that make you think it’ll pull you into the abyss. Apart from that, there isn’t much different on the front of the watch. It’s still the Pilot’s Watch from IWC that we’re used to. It has a 43mm matte titanium case with a day/date setup and a 3-6-9 chronograph layout.

Around the back and under a sticker that looks like it came from a banana is the calibre 69385. This movement can trace its design back to the Valjoux 7750, but it’s ultimately an adaptation of the IWC calibre 69370. It has a 4Hz beat rate and power reserve of 46-hours with 33 jewels. It also has a column wheel controlling the chronograph for more precise interactions. IWC does not mention whether it is chronometer rated. 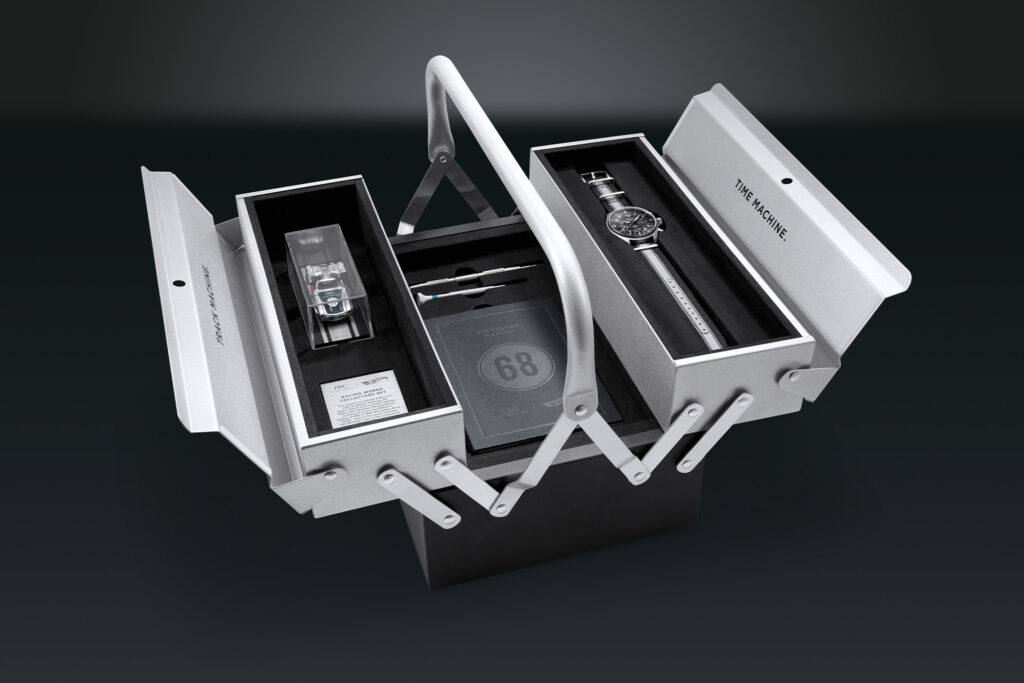 I feel like IWC didn’t do much to the watch to symbolise the Hot Wheels part, but the watch comes in a fancy folding box with a Hot Wheels model of the Gullwing in it. However, it loses points because the model is under glass, so it’s not easy to play with. Keeping it in the original packaging might make it more valuable someday, though.

Speaking of value, IWC will only be making 50 of this limited edition model, and they retail at CHF10,900 each.