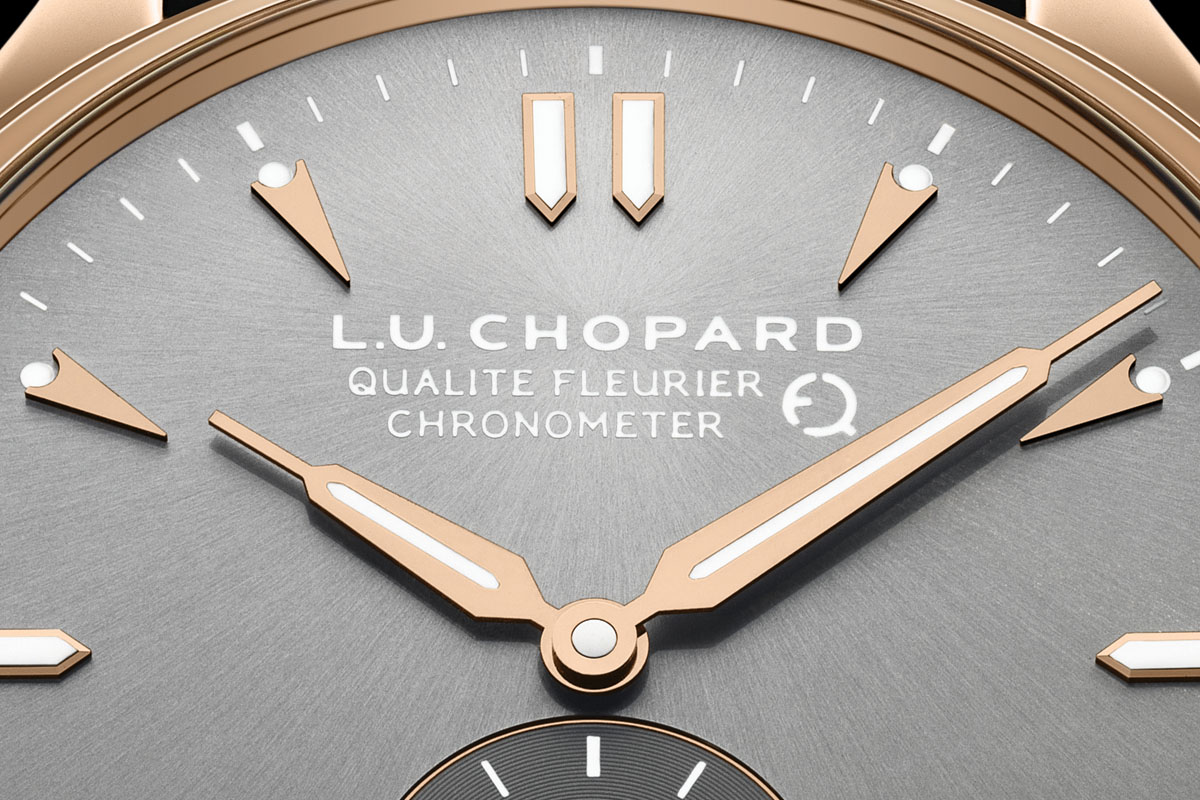 Hard to believe it’s a different year, right? I don’t know how it was for you, but for me, the whole holiday season has been a pretty long and stressful marathon. Still, that’s no reason not to kick this year off in the best way possible, so, I thought it would do us right to get back to the Jargon Buster. You may remember, back in November (hey, that rhymes!) we looked at three of the most significant standards authorities which make sure the watches we buy are the best quality around.
We covered COSC, the Poinçon de Genève and METAS. Now we’re going to look at a few more quality control agencies. These aren’t nearly as prominent as those three mentioned above, but that often means their standards are much higher. Let’s get started. 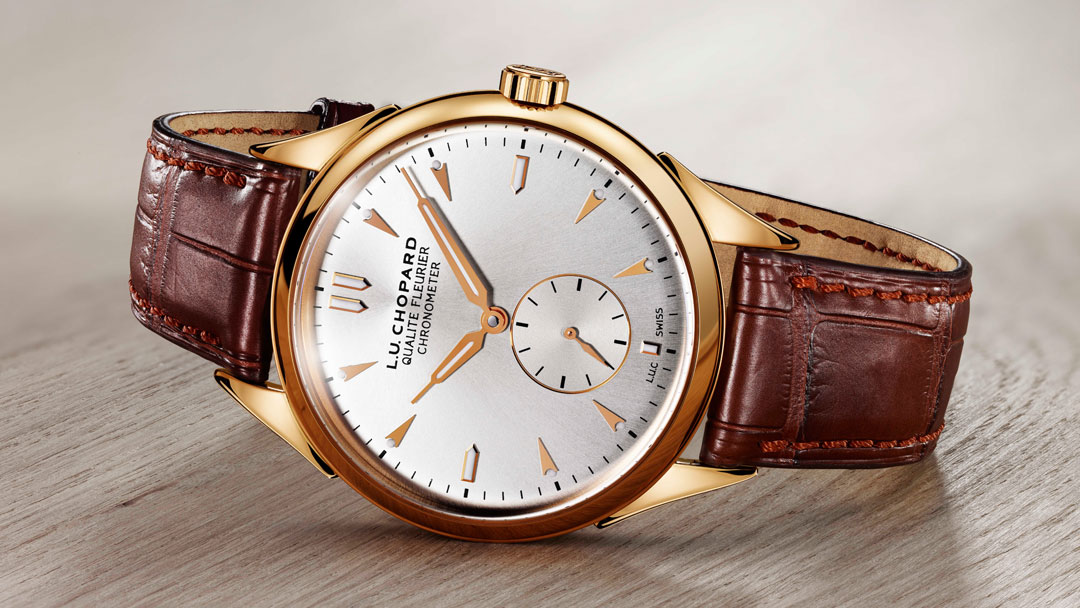 The QF mark is a very interesting, and very rare, certification awarded to certain wristwatches which meet some of the most demanding tests ever invented. There are five criteria which a watch must meet to receive a QF certificate, some of them overlap with other standards as well. The requirements are as follows: 100% Swiss Made, Technical and Aesthetic criteria, Chronifiable, COSC and finally the FLEURITEST.

100% Swiss Made: This one is more technical than you’d think. Indeed, one would naturally assume this means everything on the watch should be Swiss made. This only concerns the watch head, which is the case, display, the entire movement and the movement ring. Also, any cutting, stamping or manufacturing of movement blanks (the base plates before decoration and assembly) must be Swiss, unless it’s simple things like drawing the metal into wires and such. Any finishing done to the case, such as PVD, chamfering, graining and such must be carried out in Switzerland.

Interestingly, the design concept, full drawings and final product prototypes must also be Swiss. Meaning a foreign company which wishes to have its watches made in Switzerland but do the rest on their home turf cannot receive the mark. Any firm submitting their watch for the QF mark must be able to provide precise information regarding the origin of their materials. It even goes as far as random spot checks of manufacturers as well.

There are a couple of exclusions to the criteria, however. Precious stones, for example, don’t have to be cut in Switzerland, although they need to have been set there. Also, if there are processes for manufacturing which are unavailable in Switzerland, this may be excusable as long as the company notifies the regulating board. Also, straps, bracelets, clasps and buckles do not have to be Swiss made, as they are not a part of the watch head (it is common for leather straps to come from French or Italian tanneries, for example).

Technical and Aesthetic criteria: These steps involve not just decoration, but also the quality of the materials used. The only prohibited substance is plastic, any other things such as the traditional brass, gold or even newer stuff like ceramic and carbon are permissible.

Where physically possible, manufacturers must decorate the movement. All sinks must be polished, and there must be no burrs or rough edges of any kind. Also, unlike in the Poinçon de Genève, all screw heads must be both flat and polished. Any shaped parts should be bevelled and polished with lines made by file strokes.
Regarding protection of the movement materials, galvanising isn’t a requirement, but if it has been carried out, it must be for either technical reasons or to enhance aesthetics. Nickel plating of movement parts is prohibited unless it is to protect parts made of steel which are prone to rust.

There is no set requirement as to whether the finish of the watch is completed by machine or by hand, as long as they meet the technical specifications. Processes which are only carried out in bulk are not tolerated.

Granted, these aren’t as stringent or as technical as those found in the Geneva Seal. However, this is still a detailed step, and the manufacturers are observed by the committee when designing, crafting and then after submitting the watches.

Chronifiable: Unlike most other tests in the business, the Qualité Fleurier mark requires the examination of a movement under both normal and abnormal usage. What this means is, as well as observing and recording the movement running regularly, the examiner will also check how the movement handles repeated operations which have the potential to cause damage to the mechanical parts of the watch.

This damage usually comes in the form of the watch’s owner using the various functions, such as the chronograph or setting the time with the crown. The crown is pushed and pulled by a machine which records the pressure used so that it can detect wear over long periods of time. Pushers are also operated repeatedly to measure the force required to use them, and also any watch with an operable bezel will have this checked too for long-term wear.

The watches are also subjected to a magnetic field test (the strength, duration and precise method for this is undisclosed). Watches which do not feature delicate complications are also required to pass an impact test in which a substantial hammer strikes the timepiece to simulate a drop. All submitted timepieces must pass a water resistance test, regardless of their complications.

Obviously, not every single watch made will is submitted to this test. Otherwise, every watch sold would come with pre-installed scratches and whatnot, and no one wants that. Instead, of watches made in a series of 1 to 100 units, 5 of those must be sent to the QF laboratory for examination. Between 101 and 200 units, the manufacturer must submit 10 examples to be tested. Finally, for anything over 201 watches, 20 of those must receive Chronifiable testing.

COSC: This is fairly self-explanatory, and so doesn’t require a lot of explanation. All watches which are to be given the QF certificate must have passed the COSC Chronometer test. No exceptions are given to watches which have multiple delicate complications. For more on the COSC testing procedure, see the first part of this series by clicking here.

The Fleuritest: This is the final hurdle for a watch to go through when completing its arduous trek to become certified by the Foundation Qualité Fleurier, and they undoubtedly saved the hardest for last. To put it this way, I’ve seen the Fleuritest in action for myself, and I can’t think of anything as remotely torturous as this, even Panerai’s testing is hardcore as this.

For the final test, the watch must survive 24 hours in the Fleuritest machine, a bespoke piece of equipment which recreates the forces associated with the regular motions of a watch when being worn on the wrist. The final, cased unit gets put in the testing rig which, through clever 3D motion capture technology, will simulate periods of calmness as well as physical activity. The machines are capable of throwing the watch around in the same way it would be if you went jogging, or playing golf for example. Even things as simple as taking off your jacket or tying your shoelaces put a lot of forces on the tiny components of a watch and can affect accuracy.

The most significant and dangerous motion for a wristwatch is the clapping of the hands. This quiet demon can destroy the heard earned accuracy of a timepiece, as the small parts are repeatedly subjected to often overzealous back and forth motions with an impact as well. Watching the machines recreate this maneuver by frantically swinging the watches around is one of the highlights of the Chopard tour we had early last year (click here to read more).

After the 24 hours are complete, select cameras record the accuracy and generate a result. A watch’s mean variation must be between 0 and +5 seconds per day; the watch must not run slowly at all. All watches, regardless of their complications are submitted to the Fleuritest, and there is only one test setting for all watches. That means your QF rated tourbillons and perpetual calendars go through the same test as the simplest calibres, and they must produce the same accuracy result as well.

Interestingly, while the actual testing laboratory is fairly small, there is a second one set up as a ‘sandbox’ which any company can use to test their watches to destruction. Cartier is an example noted by the staff as making frequent use of this facility to check its new watches. Although the name suggests it, there is no requirement for any part of the watches submitted for testing to be made in Fleurier itself, although the nearby brands such as Parmigiani Fleurier, Bovet, Manufacture Vaucher and L.U.Chopard are regular producers of QF certified watches, as they all have operations based in Fleurier.

“The what?” I hear you ask. The Besançon Observatory mark is very much a horology ‘in-the-know’ type thing. Only a few tiny independent companies regularly use this to check their watches, but that also means it’s a very exclusive mark to have on a watch.

Besançon is a city in the east of France, roughly an hour from Geneva. France used to be one of the power players in the world of horology, alongside England. Besançon was one of the places where horology was the key money maker for people there. Companies such as Zenith have made watches there in the past; they’re differentiated by the ‘Fabrication Francaise’ writing on the dial.

Currently, there are many significant watch businesses with offices situated in Besançon. For example, Breitling has an entire service centre based there for its watches. Also, Fralsen, a division of the Timex group is situated there, which specialises in making plastic moulded components for watches.

L.Leroy, Dodane, and M.Benjamin are three companies credited with bringing the Besançon Observatory back to horology. L.Leroy watches have been making a small comeback recently, and have released some fantastic looking complex watches. Dodane is a historical name, and one of the produces of the Type 20 watches for the French armed forces (Breguet being the one everyone thinks of for the Type 20 and their design successors, the Type XX range). M.Benjamin is a tiny company located in the city of Besançon, operated by one Benjamin Muller, who uses his horological expertise to create stunning examples. He believes it is important to remember that France at one point had a thriving watch industry, and he hopes to bring it back to life. Currently, Laurent Ferrier also has watches tested at the Observatoire de Besançon, rather than use other facilities such as COSC.

The secretive testing phase takes 16 days to complete in total, and although very little is known about the tests themselves, we can assume they are quite similar to those of COSC on a smaller scale. Watches which pass the requirements of the Besançon Observatory are awarded Chronometer status. There’s also the ‘Viper’ mark, which is assigned to chronometer grade watches tested at the Observatory. The origins of this prestigious symbol are unknown, although the Observatory has used it since the late 19th century.

Currently, the Besançon Observatory is still relatively small, it tests a few hundred watches a year, although it is capable of doing more than this. It is hoped that companies such as Laurent Ferrier and L. Leroy will help to attract other firms to the Observatory. Not only creating a new business but also to help restore the French horology industry and reignite the flame for watches and watchmaking in the city of Besançon.

The Jargon Buster will return.