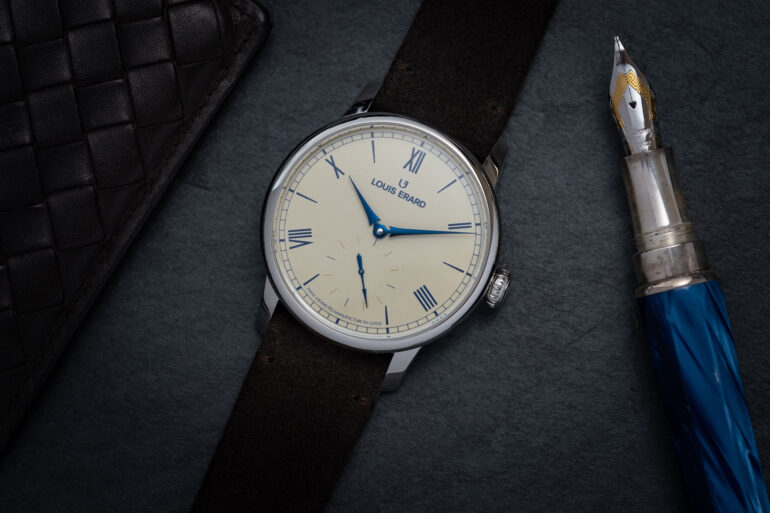 In the last few years, Louis Erard has been focusing on adding more value to its products by collaborating with some profound names from the world of horology, such as Alan Silberstein and Vianney Halter. For 2021, the brand has joined hands with Donzé Cadrans, a small company that specializes in making enamel dials. The result of this association is a special variation of the brand’s Excellence Petite Seconde, a watch that we reviewed recently and which left us quite impressed. This new watch features a cream-colored Grand Feu enamel dial with elegant and attractive blue highlights. 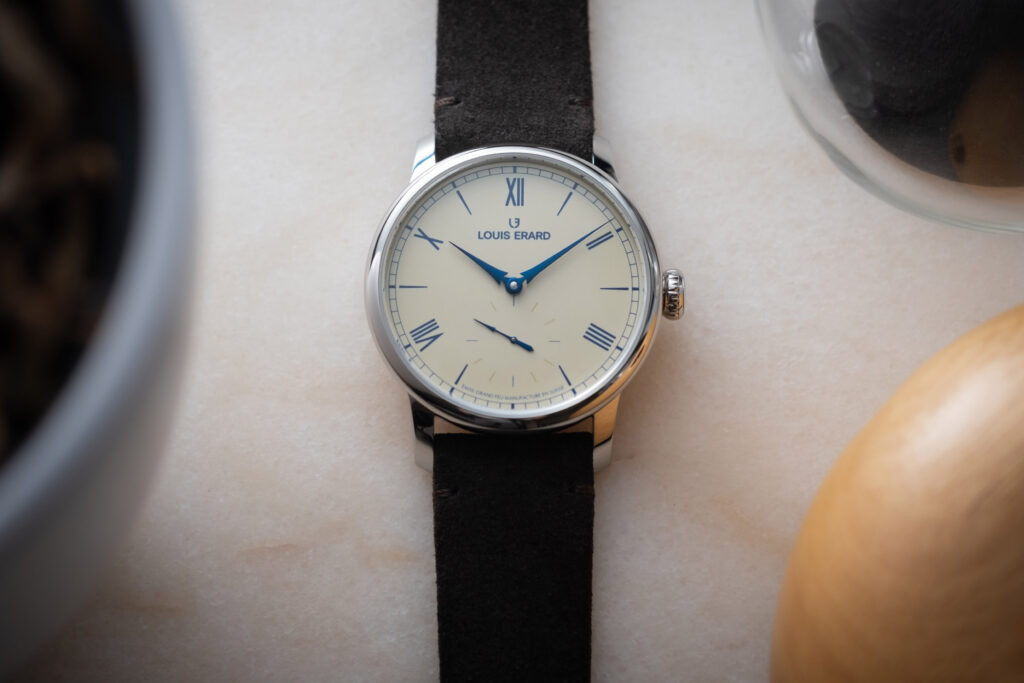 Established in 1972 by master enameller Francis Donzé, Donzé, since its inception, has specialized in the craft of enameling and has created some beautiful enamel dials for big names such as Patek Philippe, Lang and Heyne, and Hermès, to name a few. In 2011, Donzé got acquired by Ulysse Nardin, a brand that has long promoted the art of enameling and has released many exquisite timepieces featuring dials crafted using traditional enameling techniques, including Grand Feu and Cloisonné. Also, what is worth mentioning is that, despite its acquisition, Donzé can work for brands other than Ulysse Nardin, which is what has led to the genesis of the new Louis Erard Excellence Émail (Enamel) Grand Feu watch. 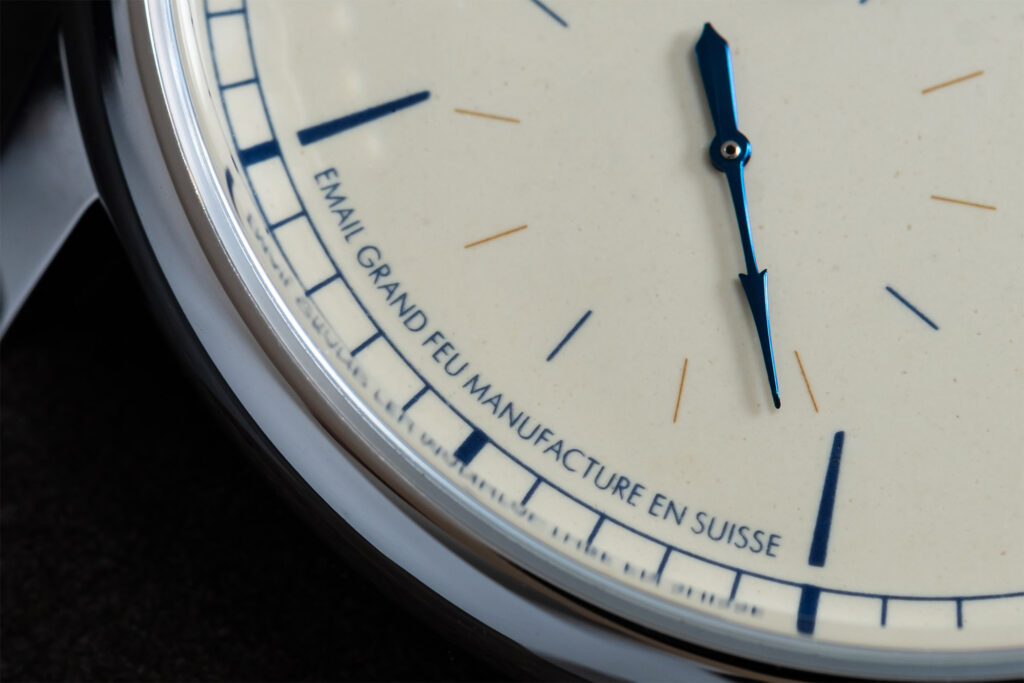 The real talking point on this new watch is its deep and warm beige/cream dial. To create this dial, the enamellers at Donzé have used the Grand Feu technique, wherein enamel powder is spread over a copper base plate and is then kiln-fired to a temperature ranging between 760 and 900º C. This process is repeated multiple times until the desired depth, color, and sheen is achieved.  Placed on top of the light background are printed blue hour markings which are a combination of Roman numerals and elongated slender triangles and a rail-road style minute track. However, this is not a regular ink printed dial, as the printing has been done using enamel powder and involves kiln firing the dial. And finally, to complete the dressy demeanor of this watch, Louis Erard has used elegant blued steel hands, that are inspired by fir trees which are found in abundance in the Jura region where the brand is headquartered. 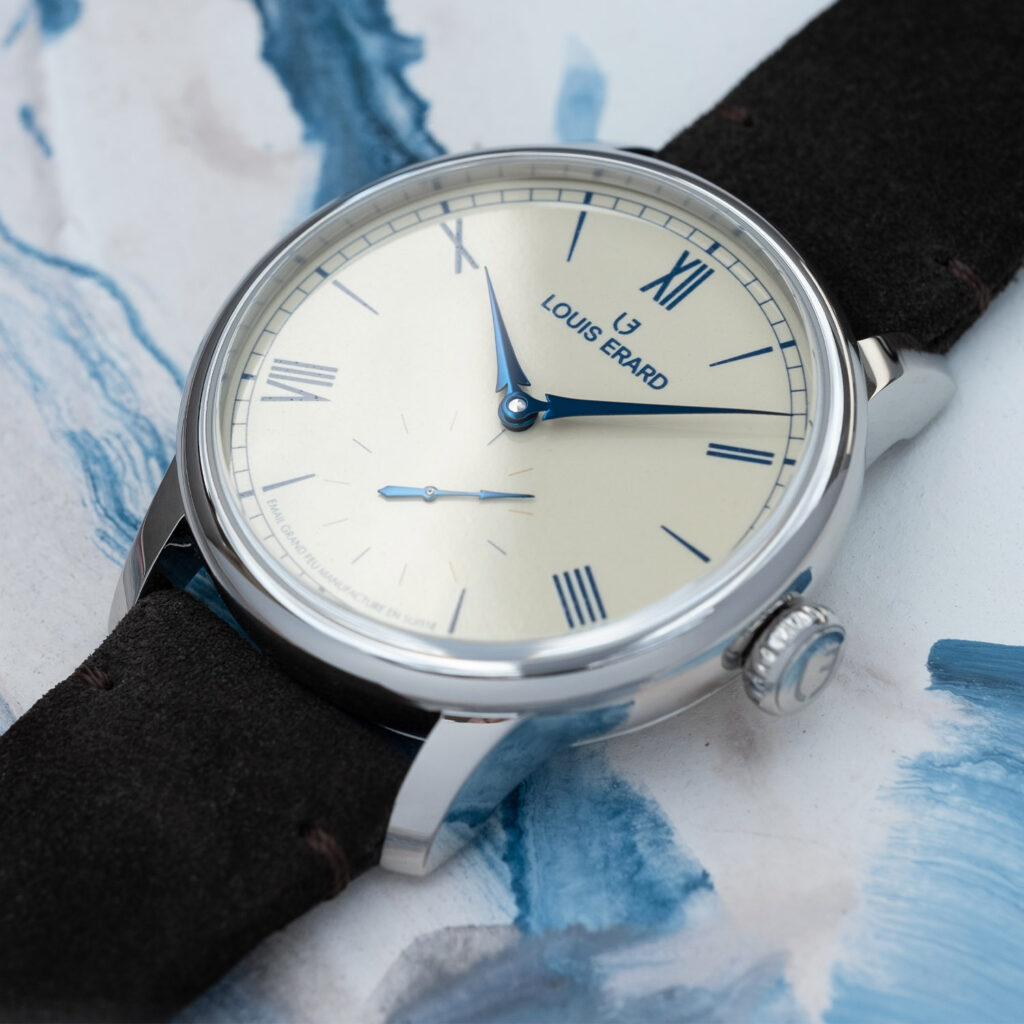 The case is made from stainless steel and measures 42mm in diameter, which, in my opinion, is slightly on the larger side for a watch of this style. It has a round shape and has long lugs that curve downwards for a snug fit. The case is fully polished and features a well-sized crown at the 3 o’clock position. Water-resistance is limited to 50 meters. 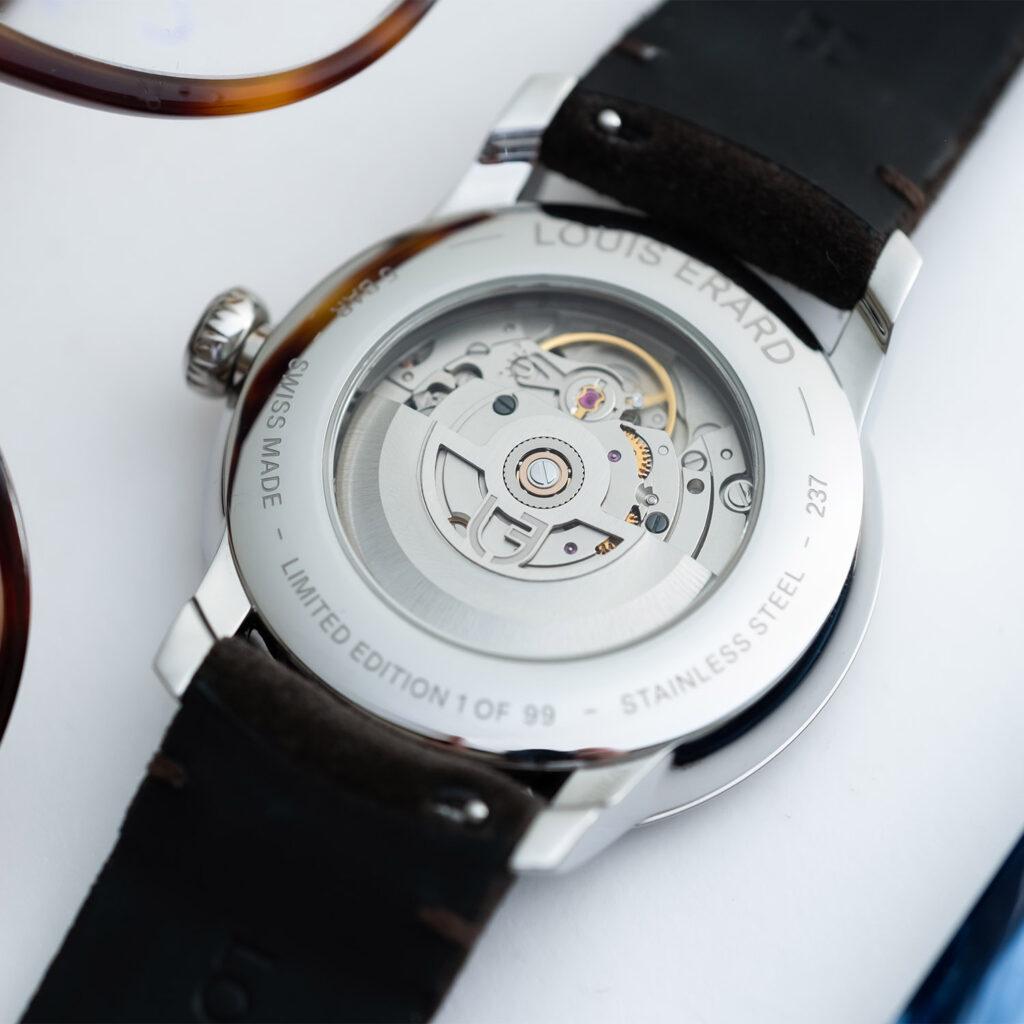 Beating inside the watch is the Sellita caliber SW261-1. This is a time-only movement with a subsidiary second’s function at 6. It operates at a frequency of 4 Hz and offers an autonomy of around 38 hours. The movement used is of élaboré grade and features some embellishments in the form of blued screws and a skeletonized rotor that can be enjoyed through the transparent case back. 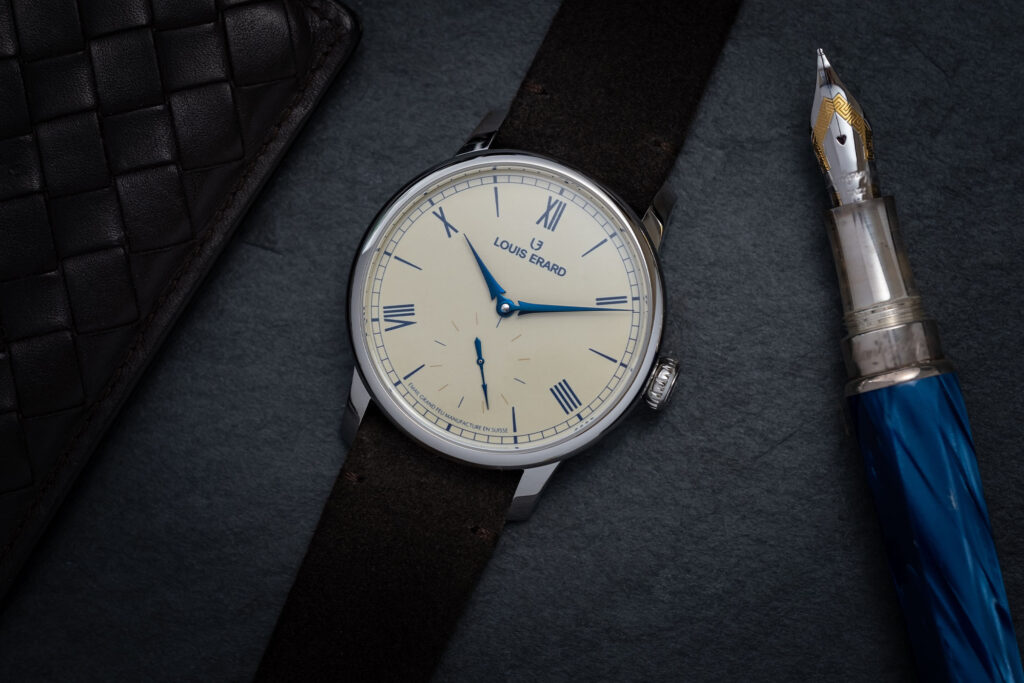 The new Louis Erard Excellence Émail Grand Feu is limited to just 99 pieces and comes attached to a coffee brown nubuck leather strap. The strap comes with quick-release spring bars to make it easier to swap the strap. The watch will retail for CHF 3900, with the first batch of 15 watches set for delivery between March and May 2021.