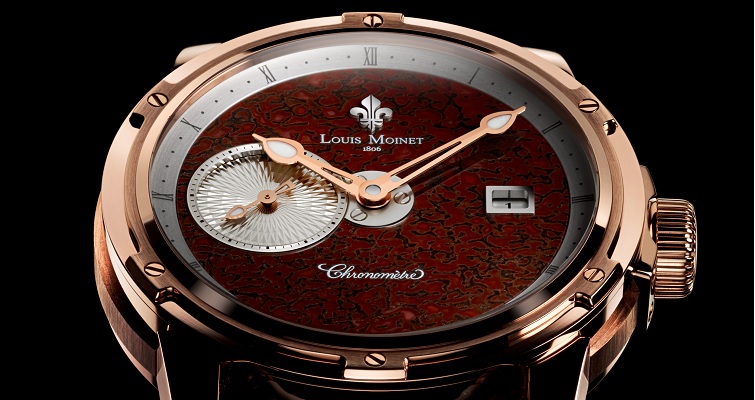 It seems that Louis Moinet has fans of the Jurassic Park movie, or maybe their timing with this watch is pure coincidence as fans are getting ready for the dinosaurs to return to their screens and thanks to the magic of 3D movies, their living rooms. 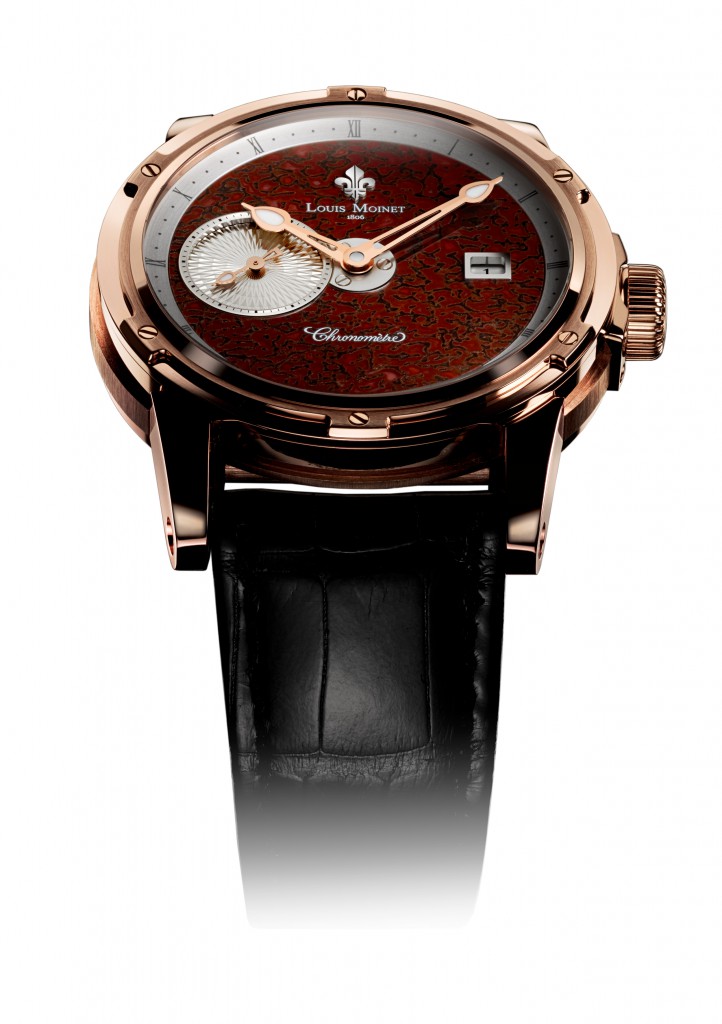 I’ll cut to the chase here. The reason this is called the Jurassic watch is a good one. We are used to having dials with some odd things on them like moon-dust, or simply having no dial at all thanks to skeleton dials. This, however, is a skeleton dial watch in the very literal sense, you could call the design ‘Diplodocus’, seeing as it’s a relative of the dinosaur this is from. The Diplodocus is well known to dino fans because of its long neck, long tail and height. The Diplodocus dial is 150 million years old, was discovered in North America and was verified by Dr Andreas Stuck of the Aathal Dinosaur Museum in Switzerland. It’s got a very nice but yet almost menacing shade of reddish brown to it as well giving it a good contrast with the case. At 9 O’clock there’s a seconds sub dial decorated with Clou de Paris engraving and a date window at 3 O’clock. The hands are made in a different style known as Gouttes de Rosée and the lume filled tips are shaped like droplets of crisp morning dew with small skeleton sections. 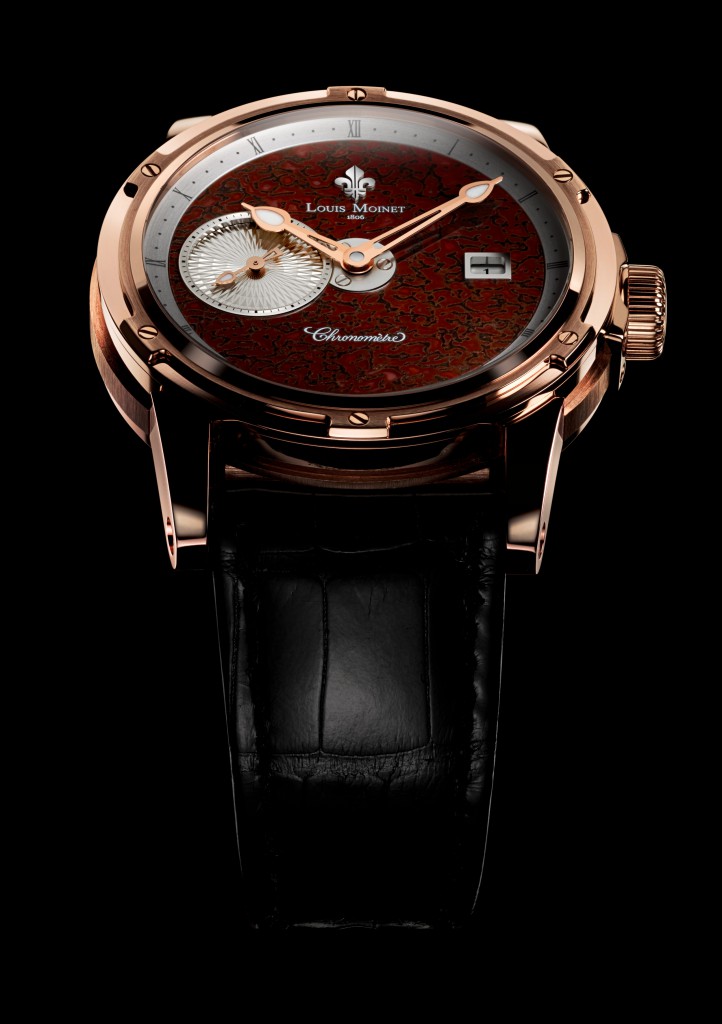 The case of this watch is made of solid 18K rose gold featuring some polished parts and some brushed. For instance, the Louis Moinet design six screw bezel is all polished up to a nice sparkle with the exception of the plate that the screws are mounted into which has a circular brushed look to it. The same goes for the side of the watch case too that has been stepped to give it quite a characteristic look. The watch also has quite a large crown on it with the Louis Moinet logo on it and short, squared off crown guards. When I say short, I mean that they won’t actually guard the crown, but they’re a nice touch anyway so all is forgiven.

This watch isn’t all about that case, though, or the dial either. Inside the case and under the dial is the exclusive Mechanograph chronometer certified movement developed in house by Ateliers Louis Moinet.

Louis Moinet CEO Jean-Marie Schaller had this to say about the movement: “Immediately on release, the Mecanograph won a prize in the International Chronometry Competition, enshrining our desire to achieve ultimate precision: a core value for our Ateliers, whose founder, Mr Louis Moinet, not only invented the chronograph, but was also the pioneer of chronometry, measuring sixtieths of a second in 1816.” 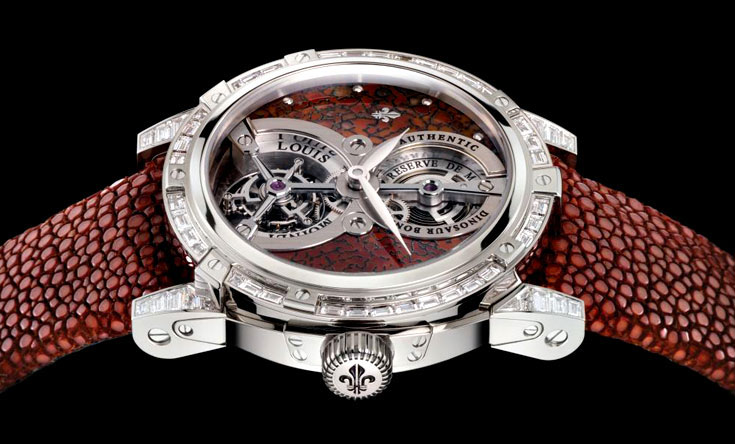 The Jurassic Watch is limited to 12 hand made and finished examples and we haven’t been given pricing information yet, either. It’s going to be expensive though, I guarantee it.