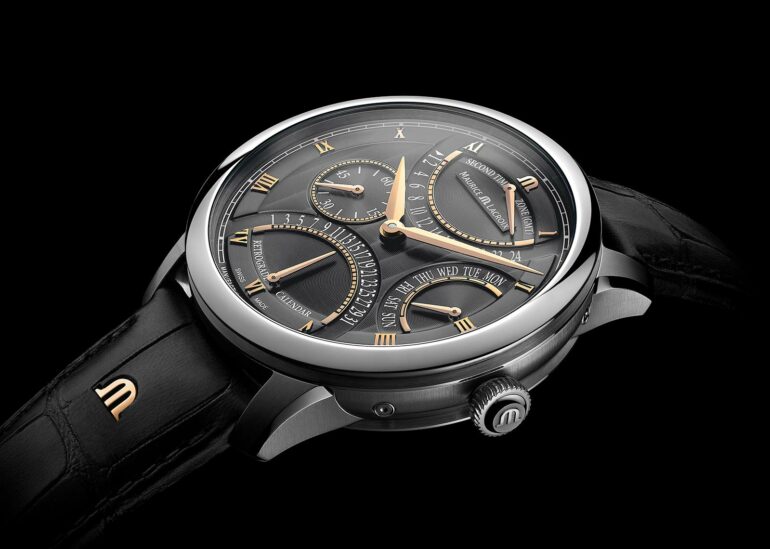 Maurice Lacroix offers up an exciting new dress watch to its collection.

Maurice Lacroix is a manufacturer of interesting and alternative-styled watches. The last time we came across them was in our review of their Aikon Automatic 42mm sports watch, but now we’re going to look at something a little different, a little smarter. The Triple Rétrograde Masterpiece is a dress watch with a difference, combining a display format we don’t see too often with some modern good looks.

Following on with the modern styling, the stainless steel case is rather large for a dress watch at 43mm in diameter. That said, it seems most dress watches at this price point are aimed at fans of larger sizes, but more on the costing later.

The watch’s dial features many complications at first glance, but it’s actually an innovative way of displaying the most useful information. Let’s go over some horological terminology first. The watch’s title uses the word rétrograde, what that means is the hand of the watch does not perform a full rotation, but rather, it gets to a set limit and then returns to start over. 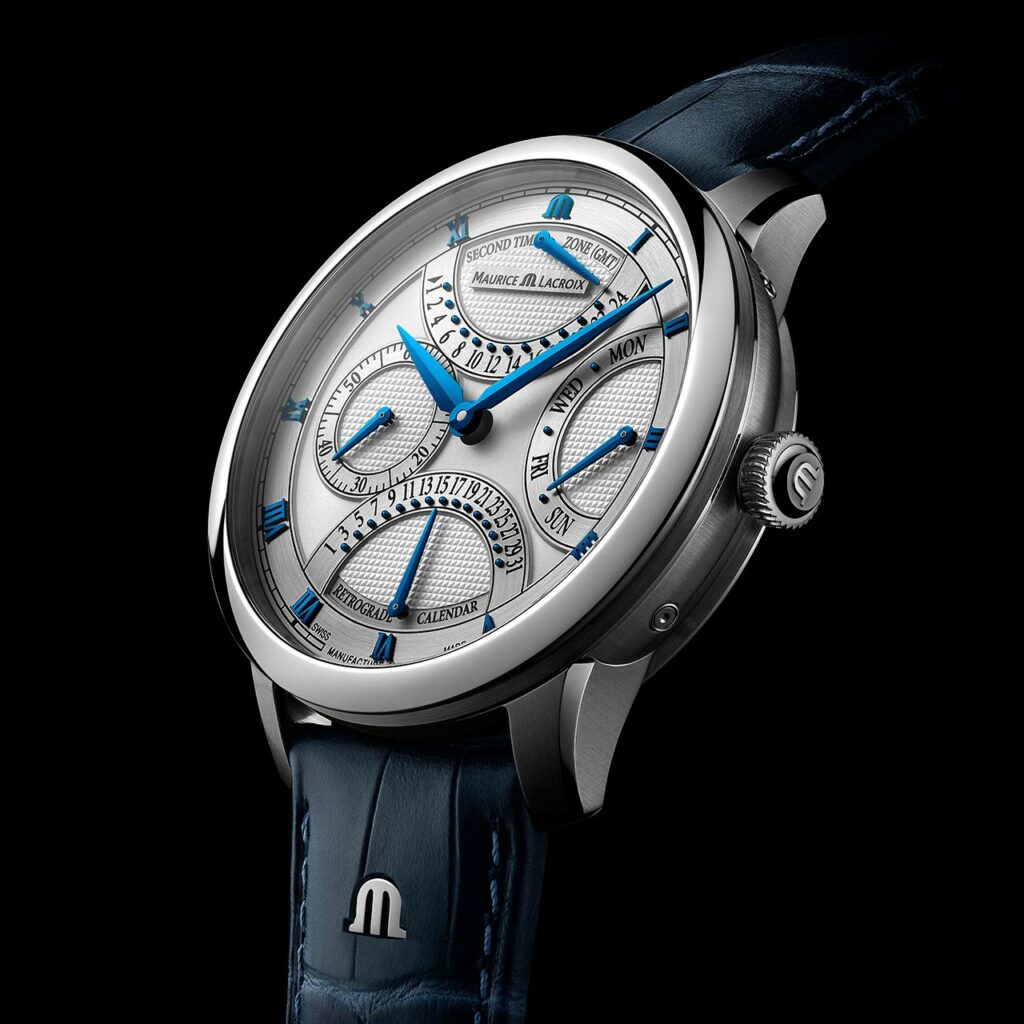 This watch features three traditional hands, the hours, minutes, and seconds perform a rotation as per tradition. The three other hands on the dial are retrograde hands, and the watch uses them to display the date, the day and a second timezone (in 24-hour format). As I’ve explained, the hands will get to the end of their scale and then jump back to start again. It’s an exciting display of engineering for the sake of engineering. 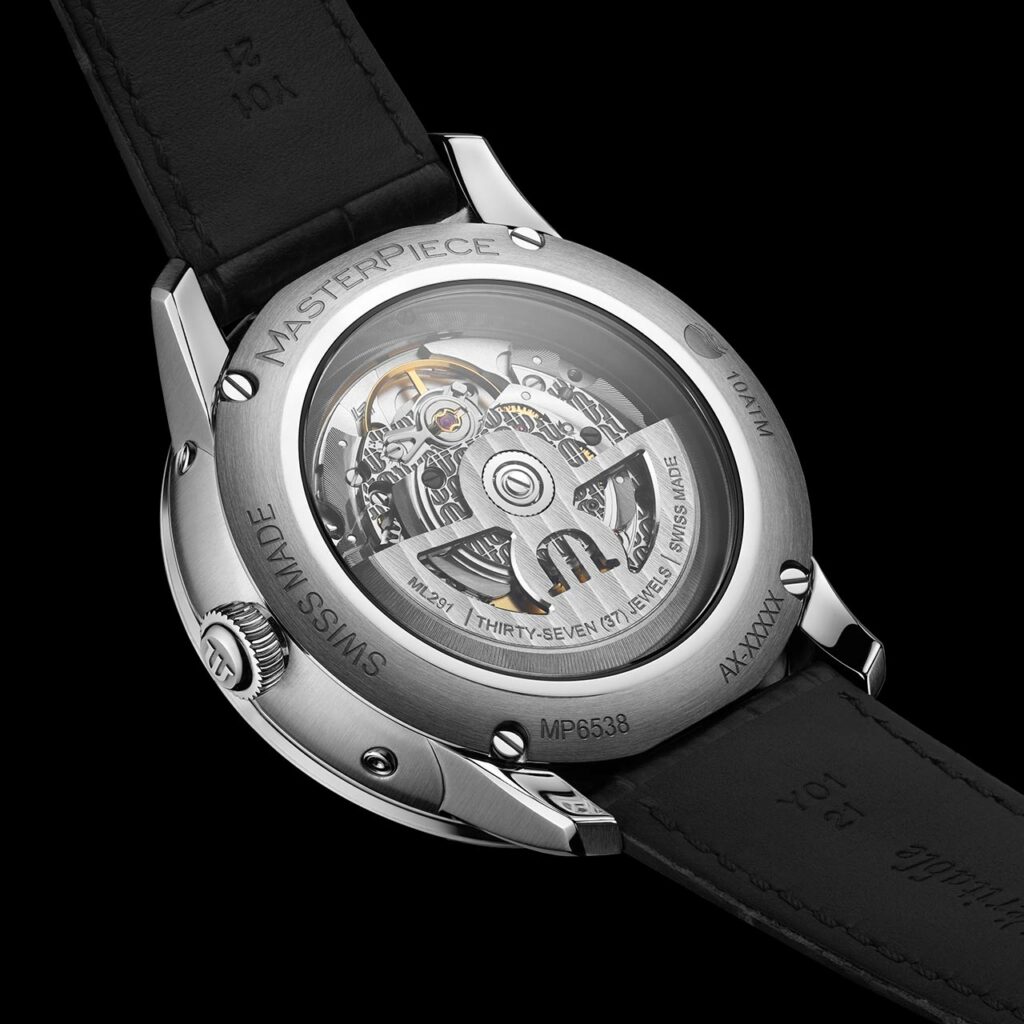 Powering that engineering is a modified Sellita SW200 automatic movement with a 4Hz beat rate and the automatic winding rotor from an SW400 movement. Weirdly, Maurice Lacroix doesn’t state the watch’s power reserve on their website, but I know the SW200’s power reserve is around 38-hours, so we can expect this one’s to be similar. Maurice Lacroix calls its added complications ML291. The movement is on display around the back as well. 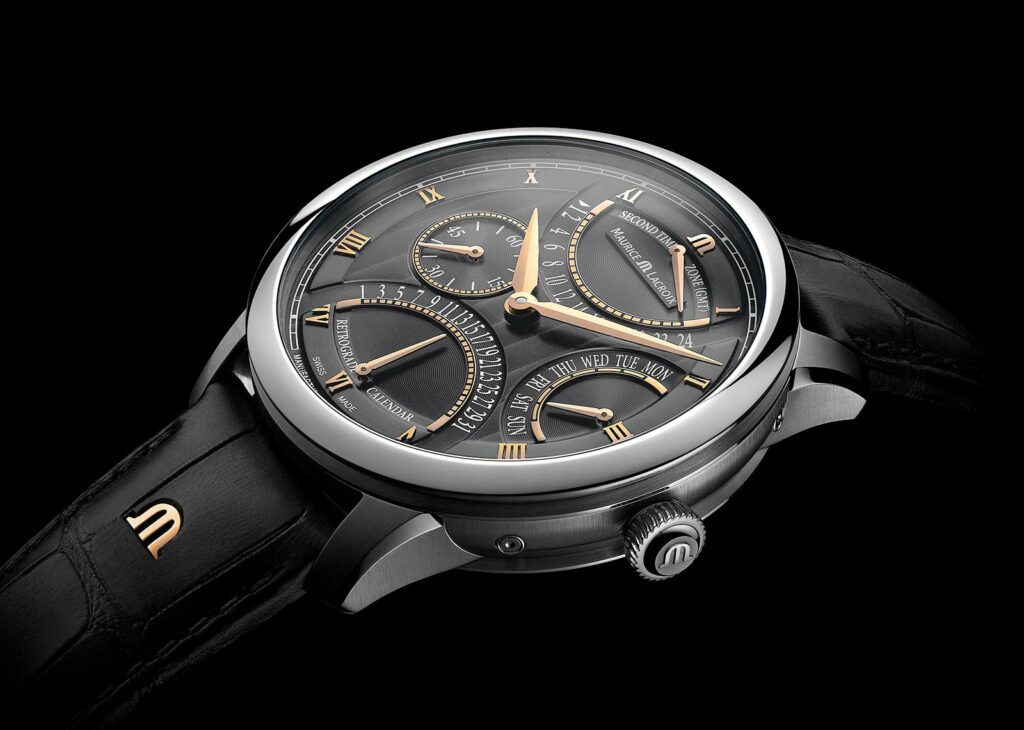 Two versions of this watch are available, one with a silvery dial with blue hands and clous-de-Paris guilloché, and another with a dark grey dial with gold hands and broad stripes. Both versions come on an alligator leather strap which has the Maurice Lacroix logo attached to it. What do you think about this addition? I don’t mind it myself.

The price for one of these is set at €5500, and they are not limited in production.