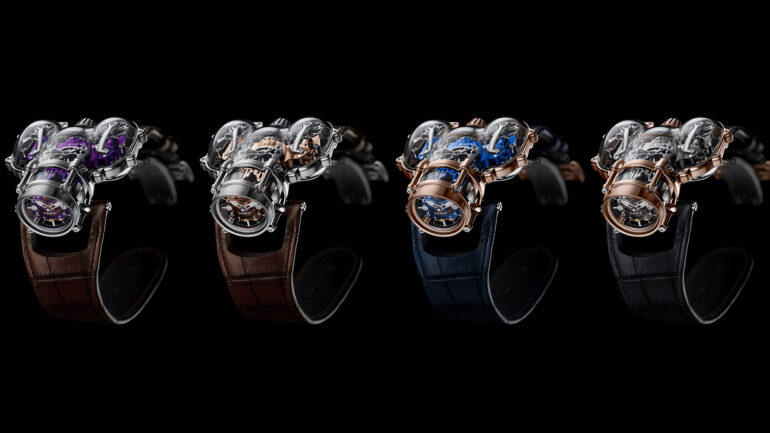 A futuristic timepiece that transcends the barriers of conventional horology.

After celebrating the 10th anniversary of its HM3 ‘Frog X’ watches, MB&F is back again with yet another idiosyncratic offering to blow away your wildest horological fantasies. The new Horological Machine No.9 Flow is an aviation/automotive-inspired timepiece that attempts to capture the essence of elegant and curvaceous designs from the midcentury. 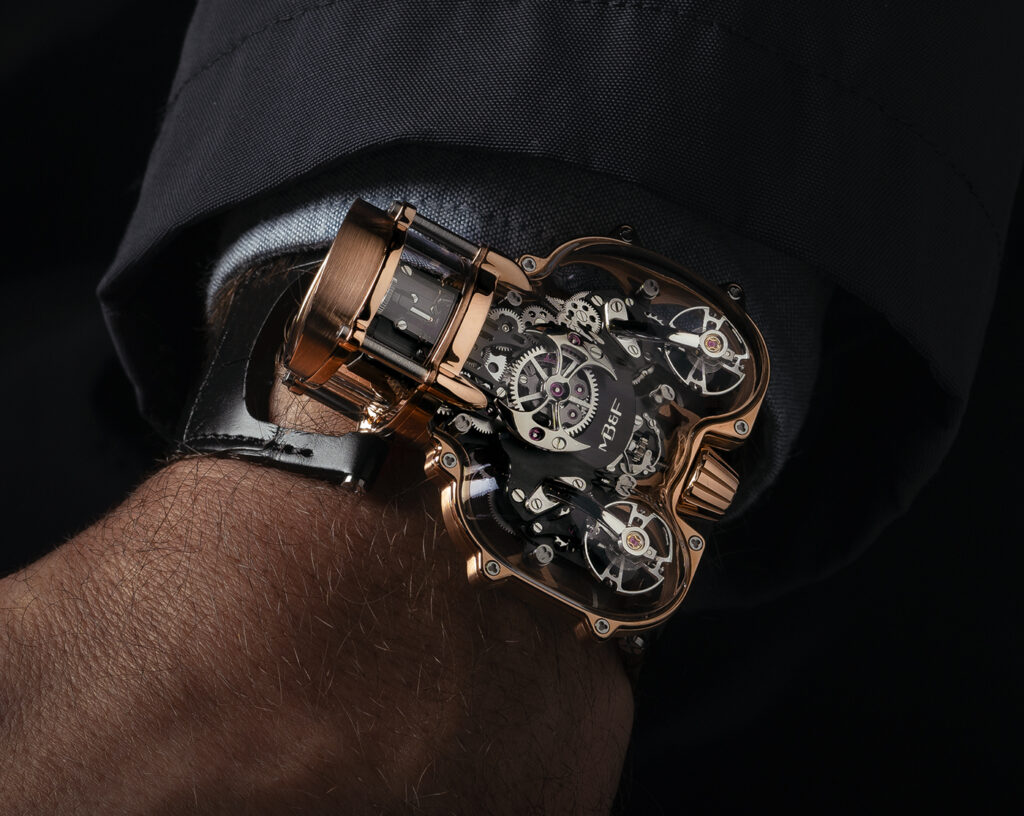 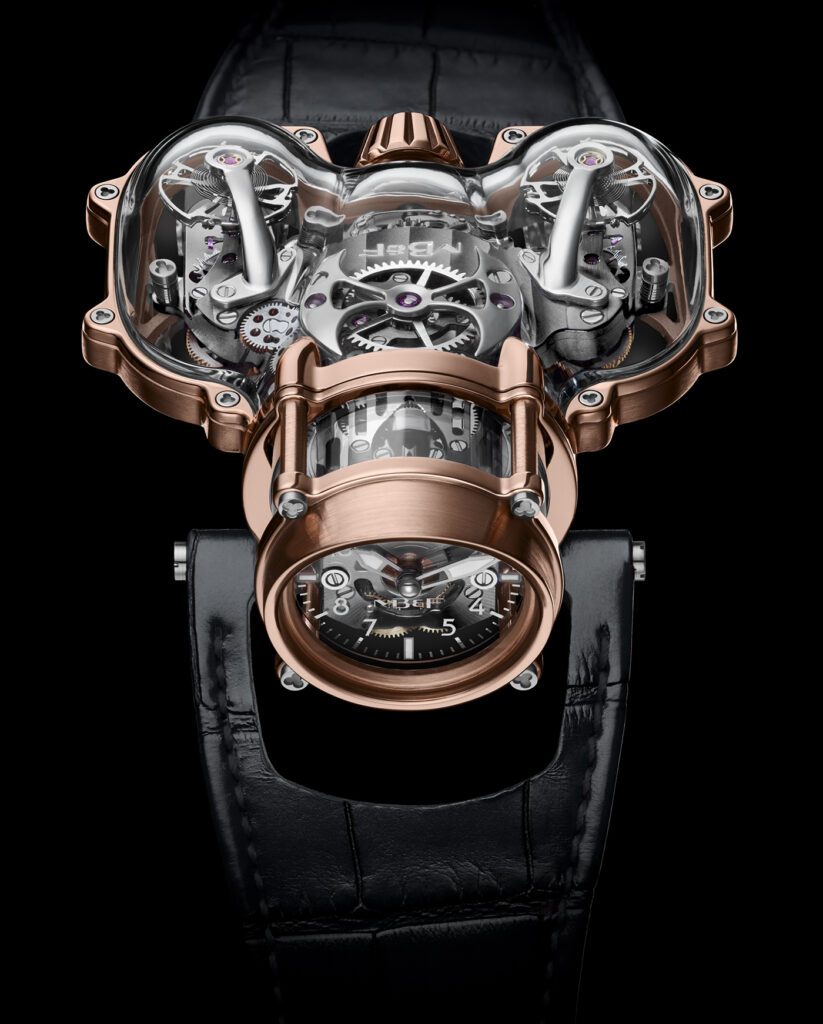 Like all other MB&F products, the HM9 Flow offers a unique and compelling time telling experience supported by a backstory. For this new watch, the folks at MB&F have revisited the Post WW II era when elegant curvilinear design forms started garnering interest leaving behind the more common dull and boring boxy shapes. This paradigm shift led to the genesis of many stunning creations such as the Mercedes-Benz W196 and the De Havilland Venom aircraft, which have strongly influenced the design of the HM9 Flow. The complex geometrical case shape is reminiscent of a jet turbine and has been crafted using a combination of grade 5 titanium, sapphire, and red or white gold to showcase unparalleled transparency and dimensionality. There are two pods on each side of the case connected via a central tunnel that culminates into a circular display. Measuring 57 x 47 x 23 mm, the case features a three-part construction that uses custom-shaped sapphire crystals and even a patented three-dimensional 3D gasket to keep it water-resistant to 30 meters. 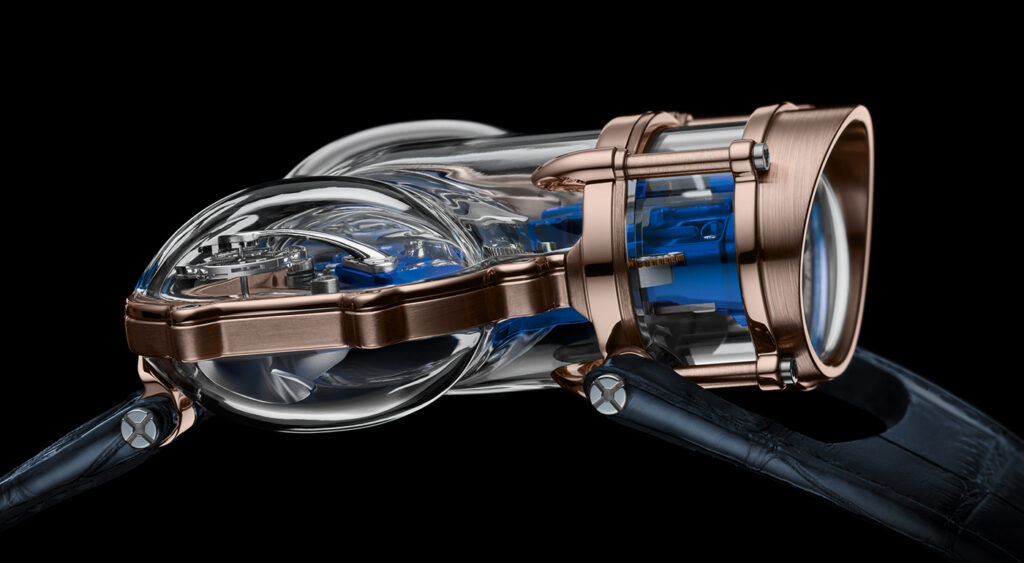 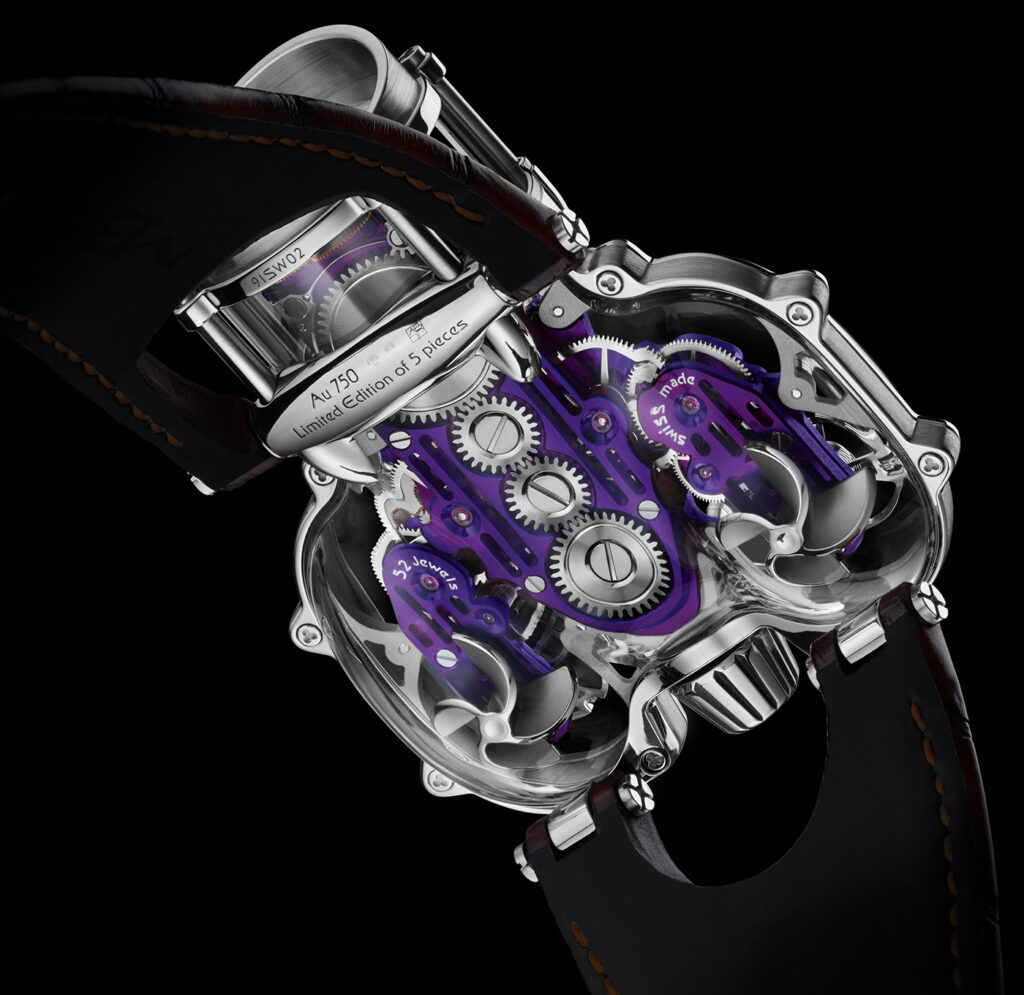 Packed inside the aerodynamic body is a manually wound in-house movement that conforms to the shape of the case. The movement comprises twin balance wheels that operate independently on the two flanks driven by a centrally placed planetary differential that stabilizes the final output of time, which can be read using the aviation/odometer style display. There are two spherical propellers under each of the balance wheels for added visual drama. However, they can be seen in action only on the sapphire variants of the watch. The movement operates at a frequency of 2.5 Hz, has been built using 301 components, and offers an autonomy of around 45 hours. While the movement’s architecture is a sight to behold, its colorful presentation makes it even more visually enticing. For instance, the sapphire versions of the watch are being offered with a black, blue, or purple coated movement, whereas the titanium version comes with a red-gold finished movement. 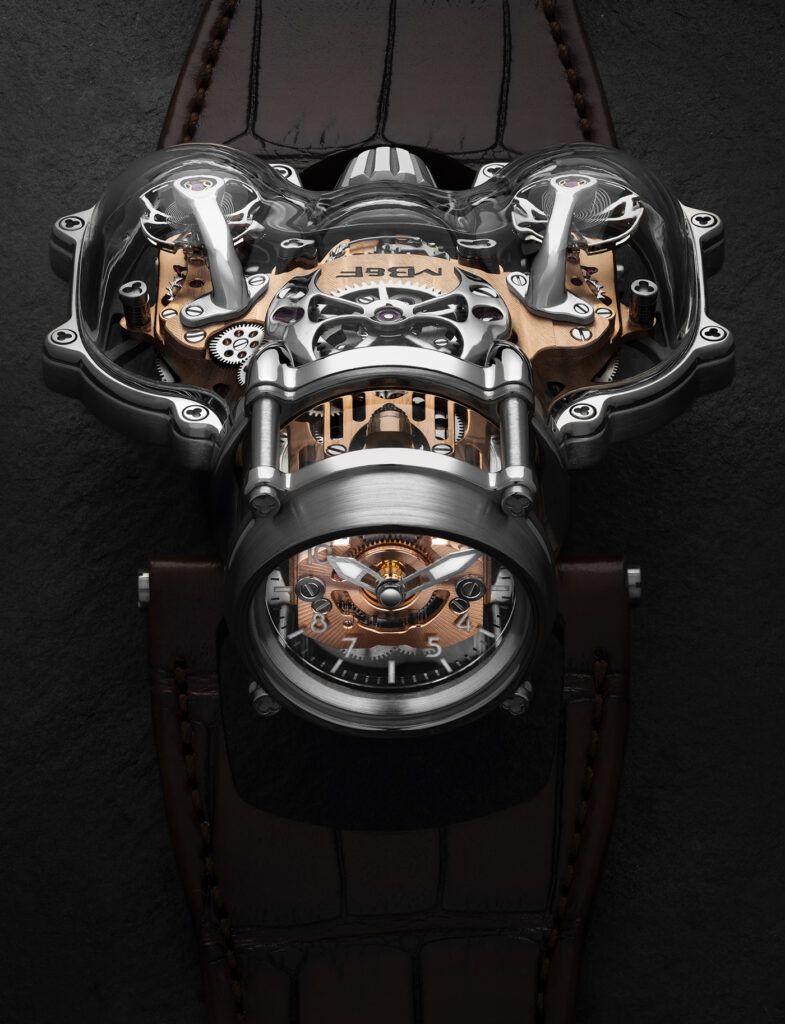 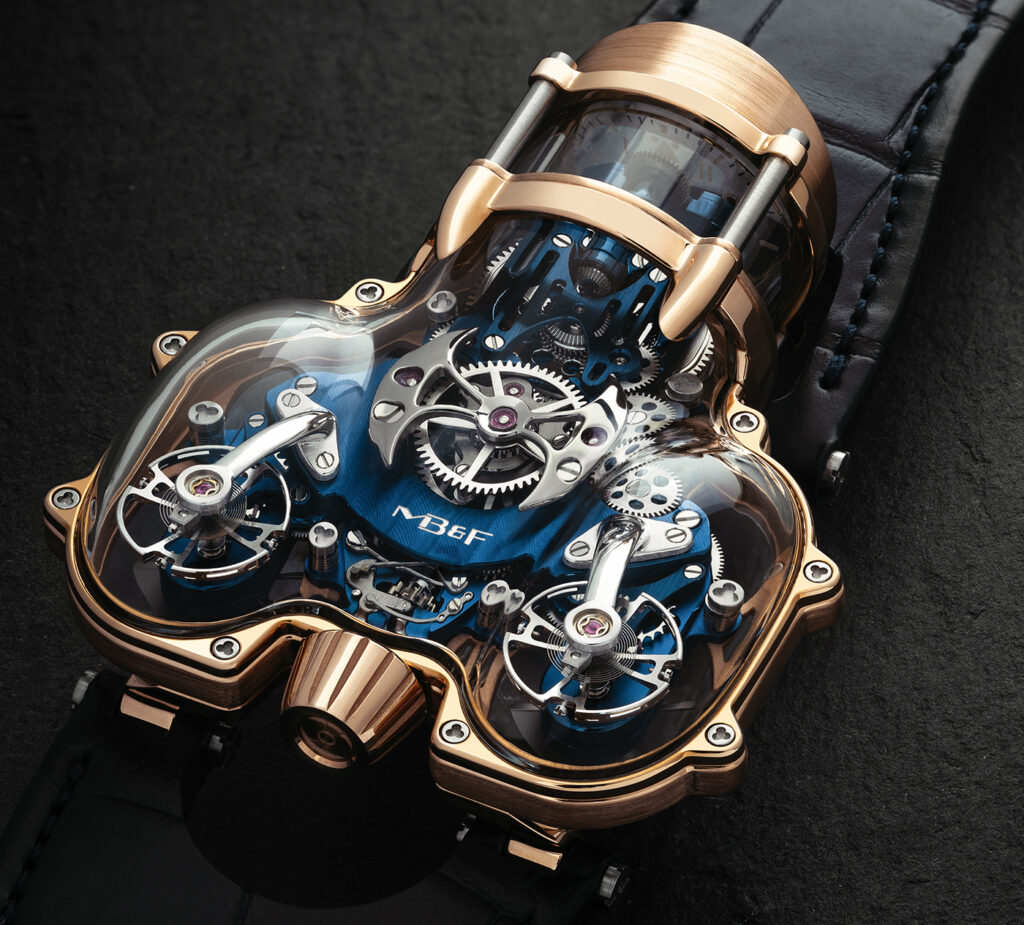 The new MB&F HM9 Flow is a great blend of horology and art that transcends the barriers of conventional horology to offer a surrealistic take on timekeeping. The watch is completed by a high-quality tapering alligator leather strap. The Titanium and red gold cased variants come mated to a brown leather strap and are limited to 33 and 18 pieces respectively. The Sapphire versions are limited to 5 pieces each: the purple and red gold flavors receive a mahogany strap, the blue version gets a matching blue strap, and the black movement variant is accompanied by a black strap. The watch will retail for USD 440,000.