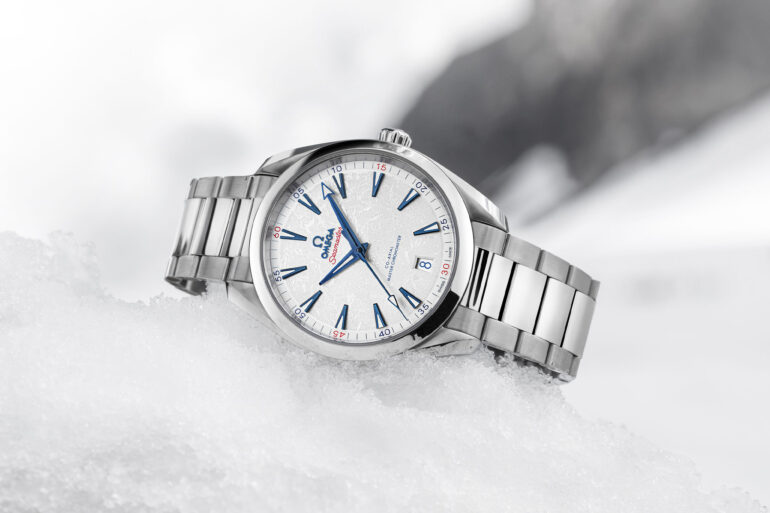 As the official timekeeper and a sponsor of the Olympic Games, Omega reveals one of its 2022 Beijing Winter Olympic Specials.

Now that the 2020 Summer Olympics have passed despite their Covid-19-related delay, the 2022 Winter Olympics are starting to get rolling. Even if these games aren’t as popular globally as the summer games, there’s still plenty of excitement to be had, and Omega is once again the timing partner for the games. As such, they’re starting to release their Winter Olympics special edition watches, beginning with a rather attractive taker on the Seamaster Aqua Terra. 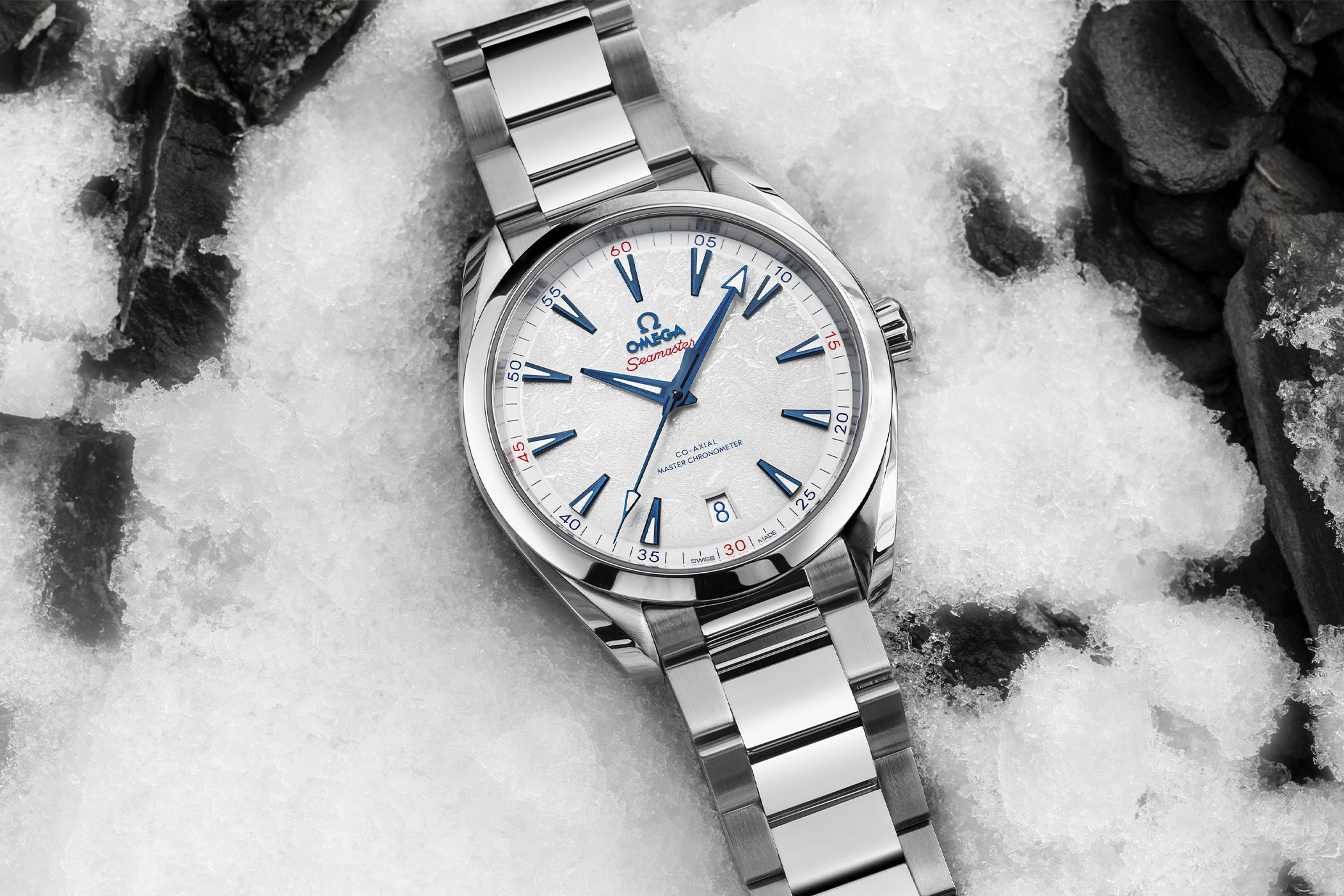 “The Olympic Winter Games Beijing 2022 will be OMEGA’s 30th occasion as Official Timekeeper.”

The Aqua Terra is one of my favourite Seamasters. While it may not be as prestigious as a Rolex DateJust, I happen to think it generally looks classier and more attractive. The new Aqua Terra continues on the ‘interesting’ line, its Teak-inspired deck replaced by a dial that appears frozen over. Omega has recreated the look of the way ice crystals randomly form well here. It’s created using a laser that cuts the pattern into the white ceramic (Zirconium Oxide) dial. 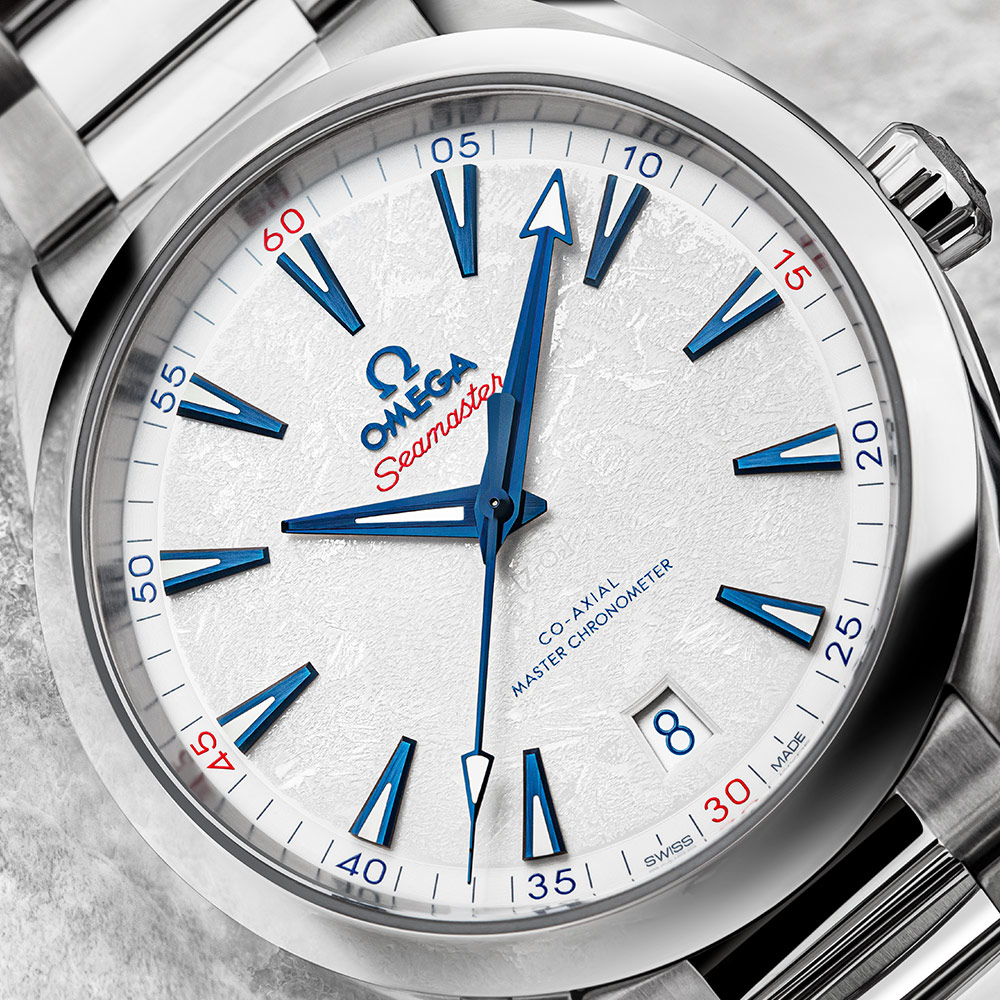 I’ve always been impressed with the level of detail Omega administers to the Aqua Terra collection. The watch has blued hands with lume, but it also has applied blue hour marker, also lumed. A separate track between the central dial and the inner flange of the case provides space for the seconds/minutes track, which has applications of red at the quarter-hour intervals. This ring is quite important as it makes what is a 41mm x 13.5mm stainless steel case appear smaller on your wrist, meaning it’s quite at home on less sizeable wrists. Rolex uses similar eye trickery to make its watches look bigger than they are. The most well-known examples are the Maxi-case and Maxi-dial.

Omega goes a step further with an applied Omega logo and its placement of the white-backed date window at 6 O’clock. Whereas the ice-crystal decoration of the dial provides a pleasingly random element, the date window at the bottom provides structure, and it’s quite an effect. 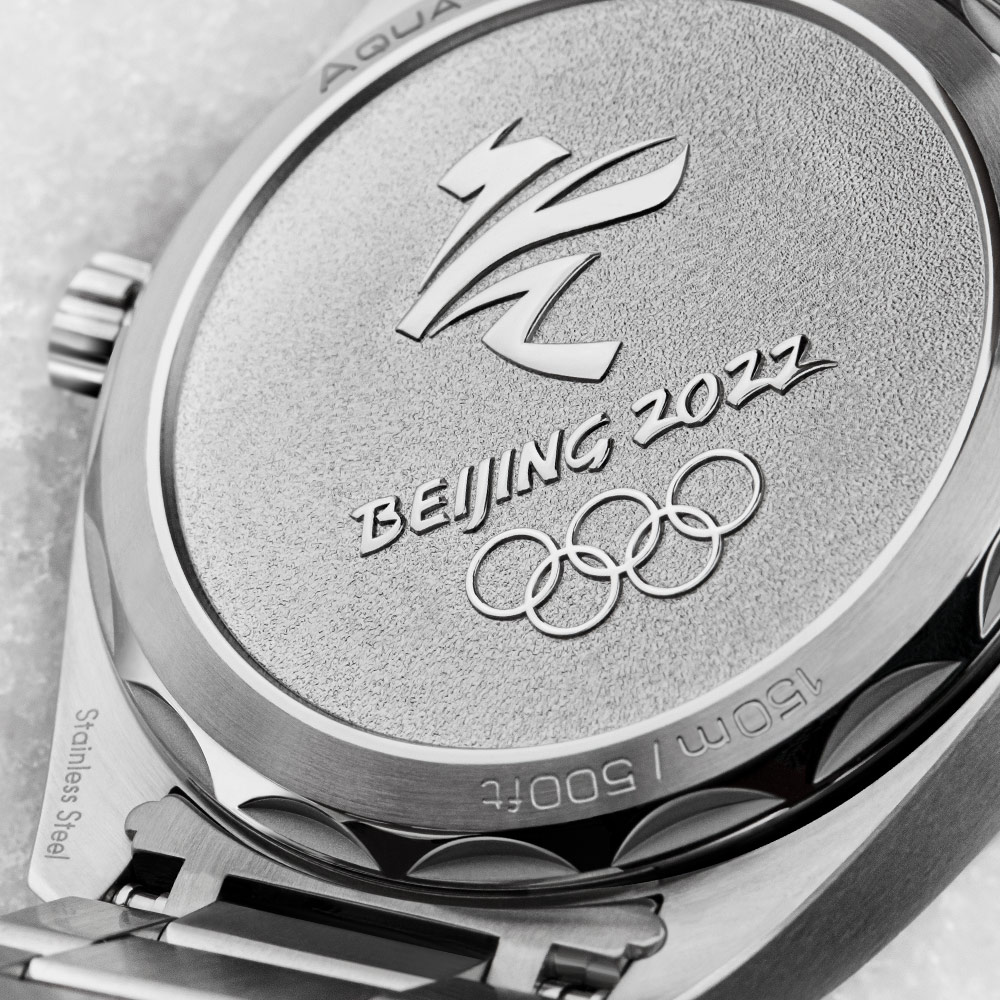 Inside this watch is an in-house made calibre 8900. It’s Omega’s standard automatic movement, but it’s a very high standard. It has a METAS-awarded Master Chronometer certification. In layman’s terms, this means it’s more accurate than a COSC chronometer and has a high level of magnetic resistance (up to 15,000 Gauss). For a full breakdown of what the METAS certificate means, I wrote an article several years ago which covers this well. The movement runs at 3.5Hz for a total of 60-hours. It has a silicon balance spring connected to a free-sprung balance wheel supported by a balance bridge, which is pretty suitable for daily use. For mass-production of high-quality movements, Omega finishes its pieces nicely, but that’s been covered up by an embossed decorative plaque marking that this is a special edition for the 2022 Beijing Winter Olympics. 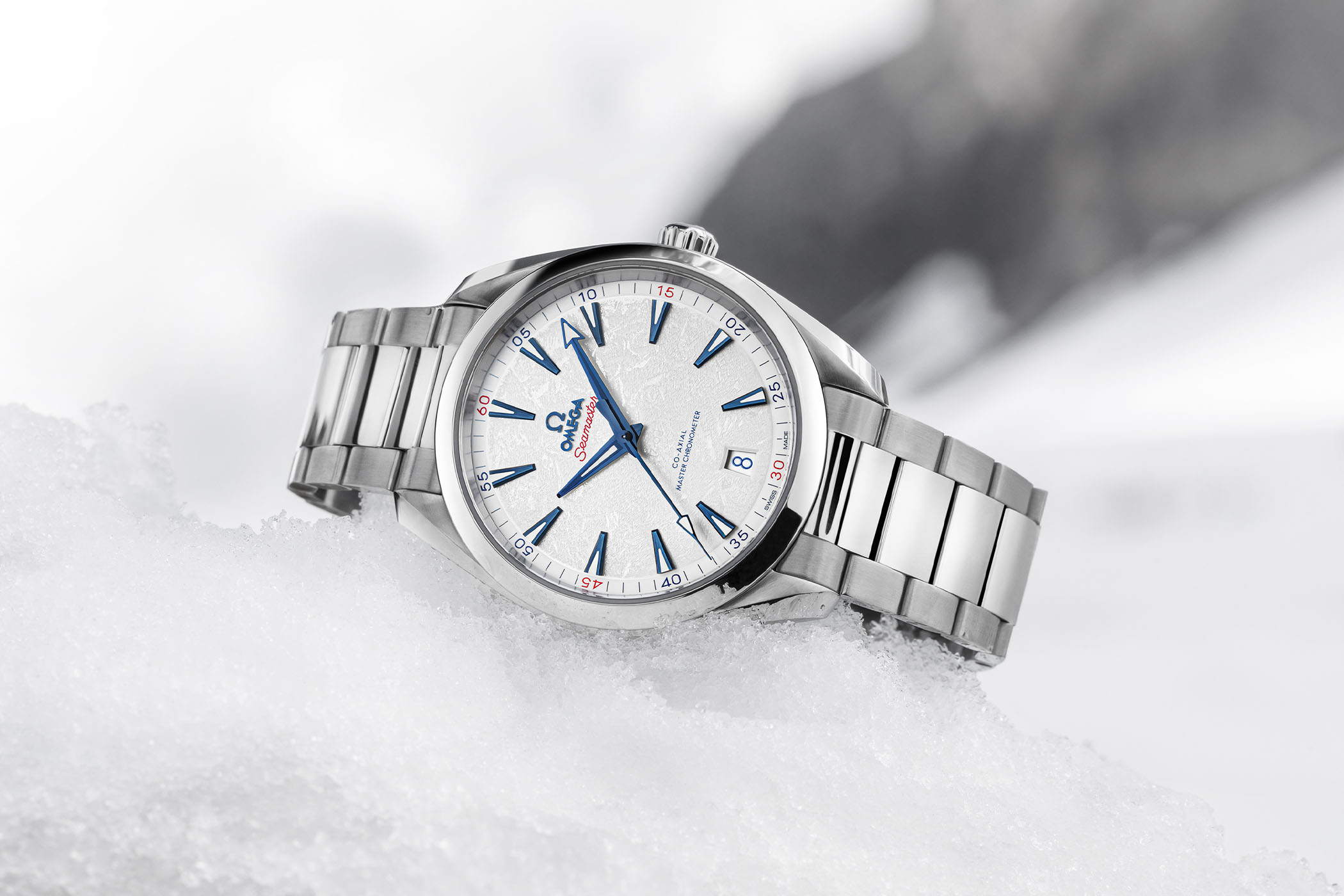 Being a Seamaster at heart, it’s got a 150m water resistance rating, so once again, daily wear shouldn’t be an issue. It’s presented in a unique box marking it as a Winter Olympics special edition. It may be a special edition, but Omega is not limiting the numbers it produces, and the Aqua Terra is priced at €6100.