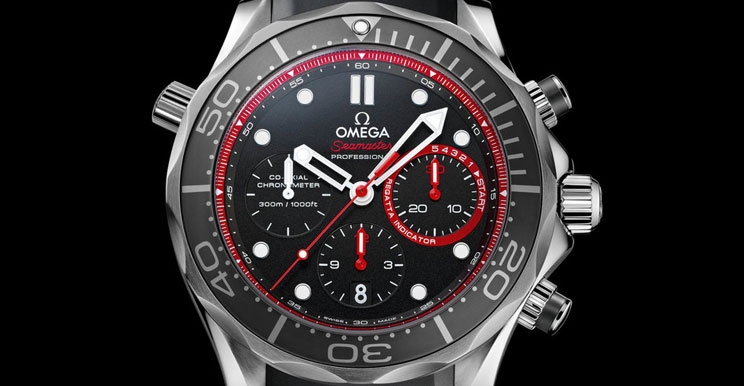 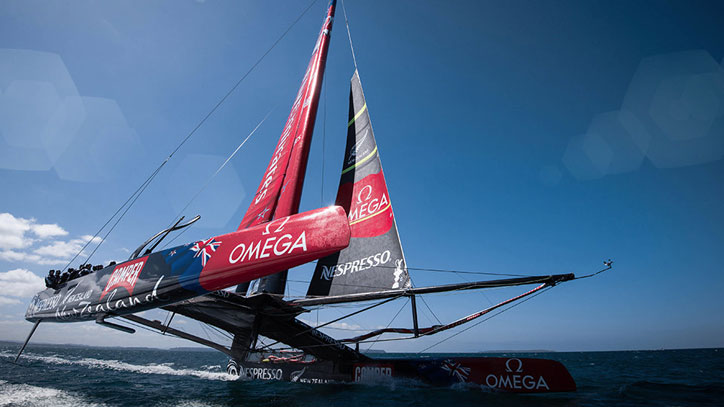 The OMEGA Seamaster Diver ETNZ Limited Edition has a matt black dial encircled by a red seconds track and the central hour and minute hands are skeletonized. The small seconds sub-dial is at nine o’clock. The chronograph function features a 30-minute chronograph recorder at 3 o’clock has red hand and a distinctive red ring marked with a scale that indicates the five-minute countdown to the start of a regatta.

The 12-hour chronograph recorder featuring a red hand is at 6 o’clock, just above the date window. The timepiece has a central chronograph seconds hand. 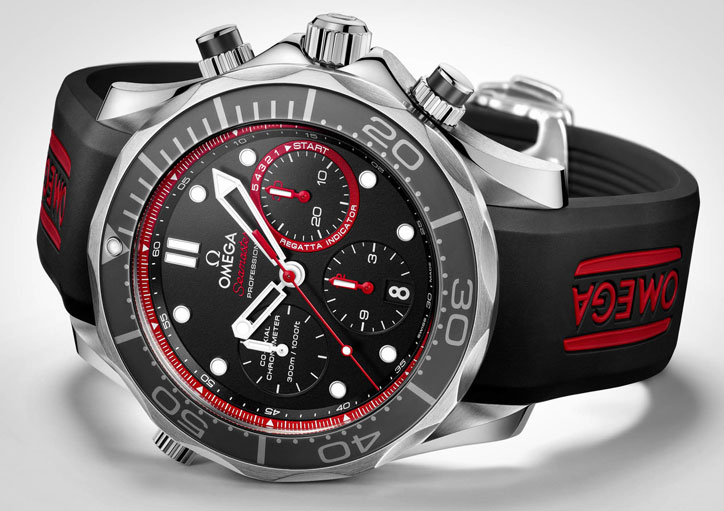 “Befitting a watch inspired by and created for seafarers, the exclusive chronograph is equipped with professional dive features…”

A robust case combined with a ceramic bezel ring

The OMEGA Seamaster Diver ETNZ Limited Edition has a robust 44 mm polished and brushed stainless steel case with a matt black ceramic bezel ring. It is presented on a black rubber strap and is delivered with a stainless steel extendable divers’ bracelet. 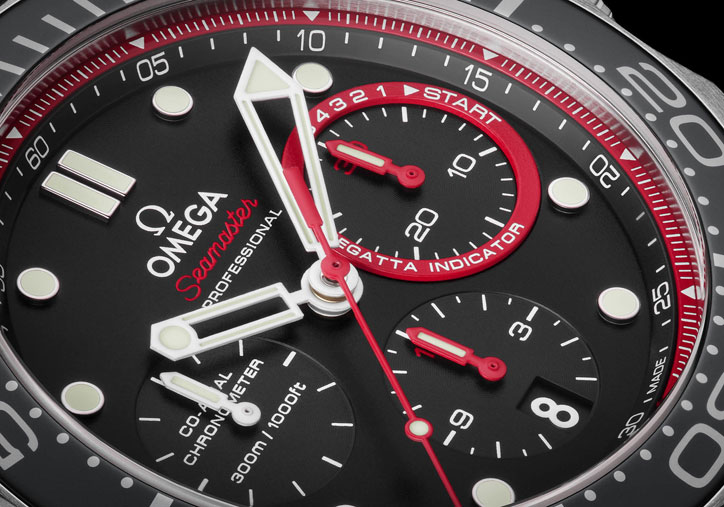 The embossed and numbered caseback

The screw-in caseback is embossed with the “ETNZ” logo. The limited edition number (0000/2013) and “CHALLENGER FOR THE 34TH AMERICA’S CUP” are engraved around the outside of the case back. 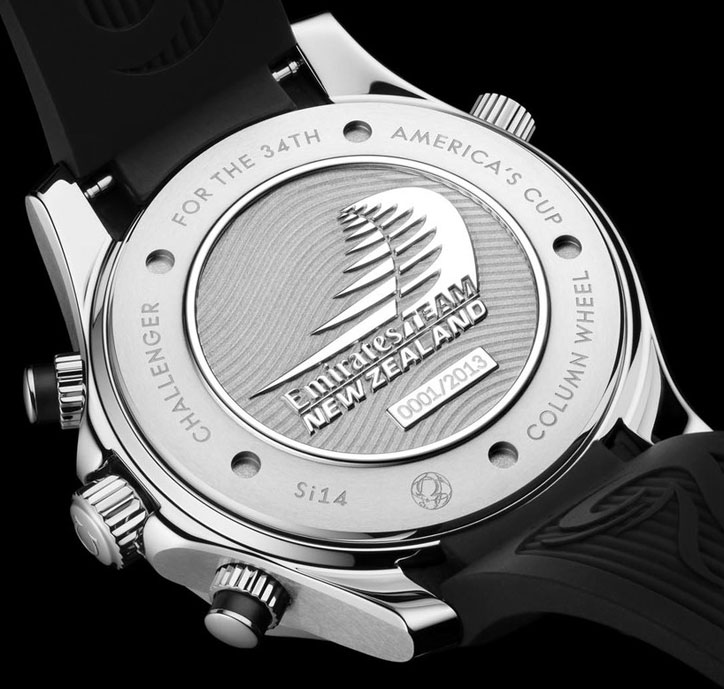 Powered by a Co-Axial calibre 3330 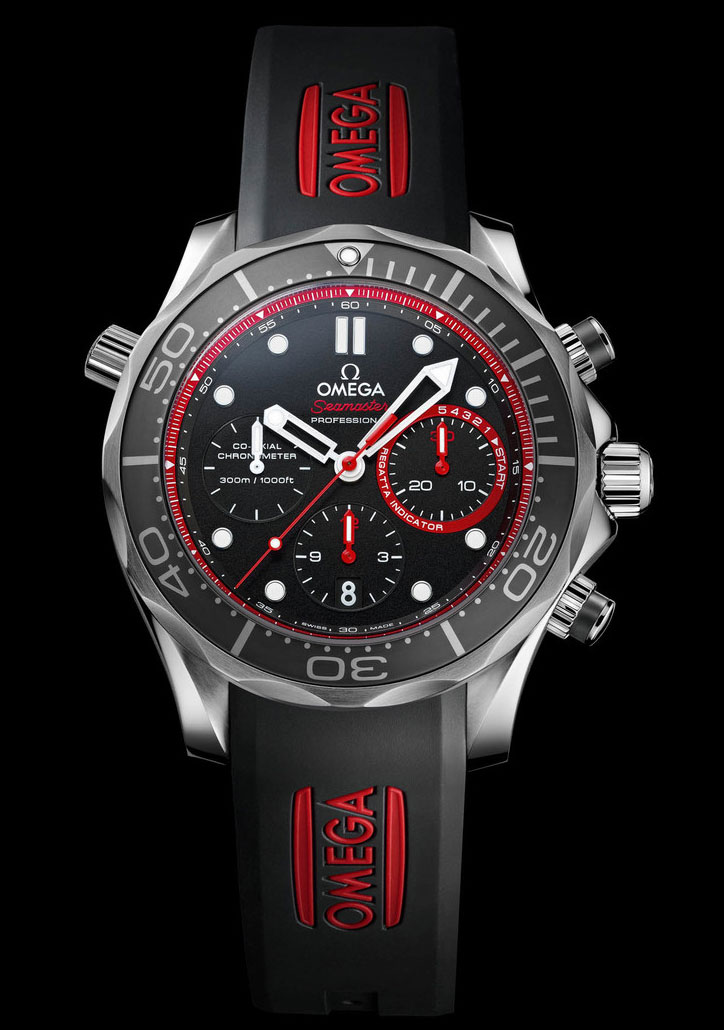 OMEGA is proud of the partnership with Emirates Team New Zealand that started with Sir Peter Blake’s American’s Cup campaign in 1995.
The team handily won the Cup, a feat it would repeat in 2000. When Sir Peter retired from professional sailing after that campaign, OMEGA continued to support him as one of the main sponsors of his Blakexpeditions project until his untimely death in 2001.

Since then, OMEGA has its continued support for ETNZ and skipper Dean Barker, whose passionate advocacy of oceanic health and status as one of the world’s finest sailors ideally suit him as an OMEGA brand ambassador. 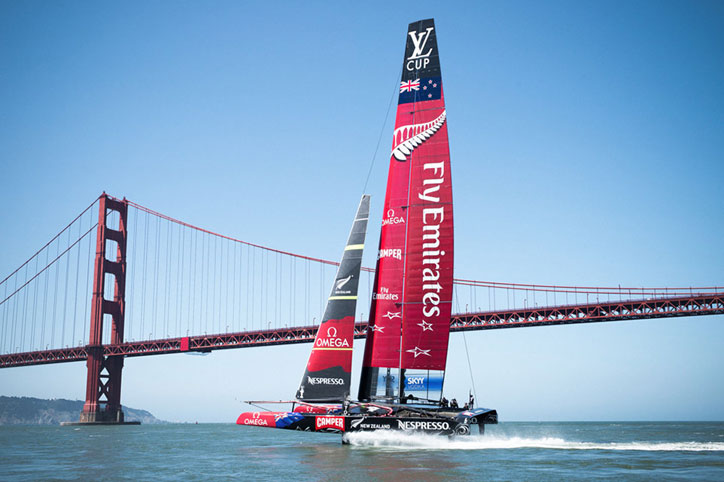