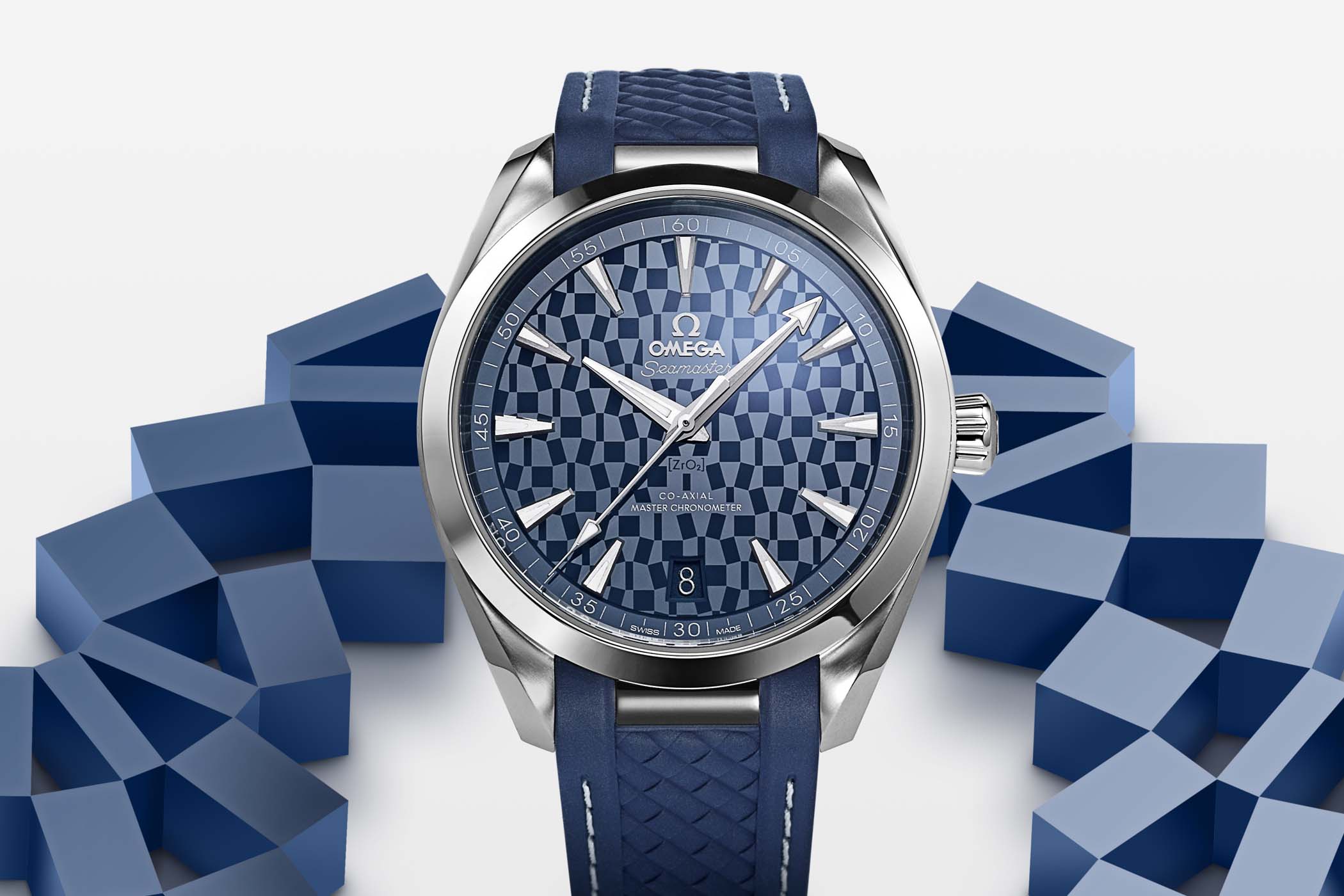 This year is undoubtedly the year for exclusive edition watches from Omega. What am I saying? Every year is the year for Omega special edition watches alongside the Speedmaster celebrating its anniversary this year, along with the anniversary of the moon landing. But, at the same time, Omega looks forward to another one of the events it’s famous for: the Olympics. The next Summer Olympics games are due to take place next year in Tokyo, and as such Omega releases loads of Tokyo themed wristwatches to go along with it. One shouldn’t be surprised that there are so many Olympic watches as they’ve been providing timepieces for the games since 1932. So, here come two more. 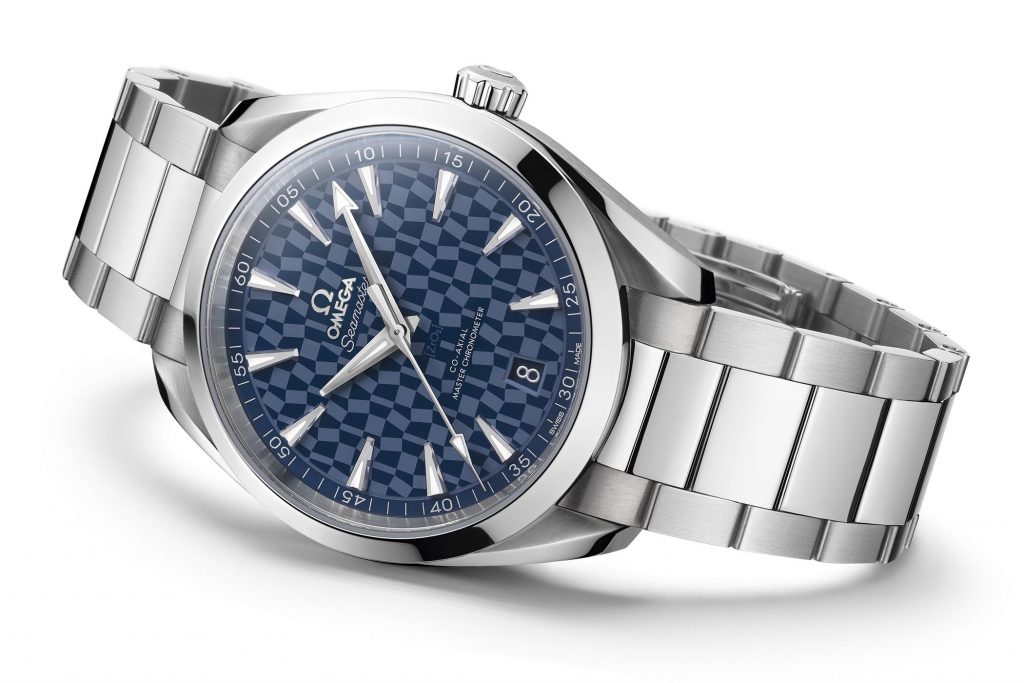 The Seamaster Aqua Terra is Omega’s answer to the DateJust from Rolex and offers a different perspective to the standard format of a smart casual sports watch. The new edition for the Tokyo 2020 games takes that different perspective to a new level. The signature standout of this watch is undoubtedly the dial which has been decorated with an elegant geometric pattern. The dial is constructed of blue ceramic, and the pattern has been laser engraved in an alternating matte-polished pattern. The design itself is from the logo of the games.

You’ll also see the logo itself on the back of the watch printed on the crystal. Underneath that logo is the Omega Calibre 8900 which is the same Master Chronometer Co-Axial movement you’ll find in the standard Aqua Terra range which features a 60-hour power reserve and pretty finishing. Omega makes a few different case sizes for the Aqua Terra, this one is the 41mm and comes with both a blue rubber strap and the luxurious bracelet. It’s limited to 2020 pieces, and each watch will cost €5900. 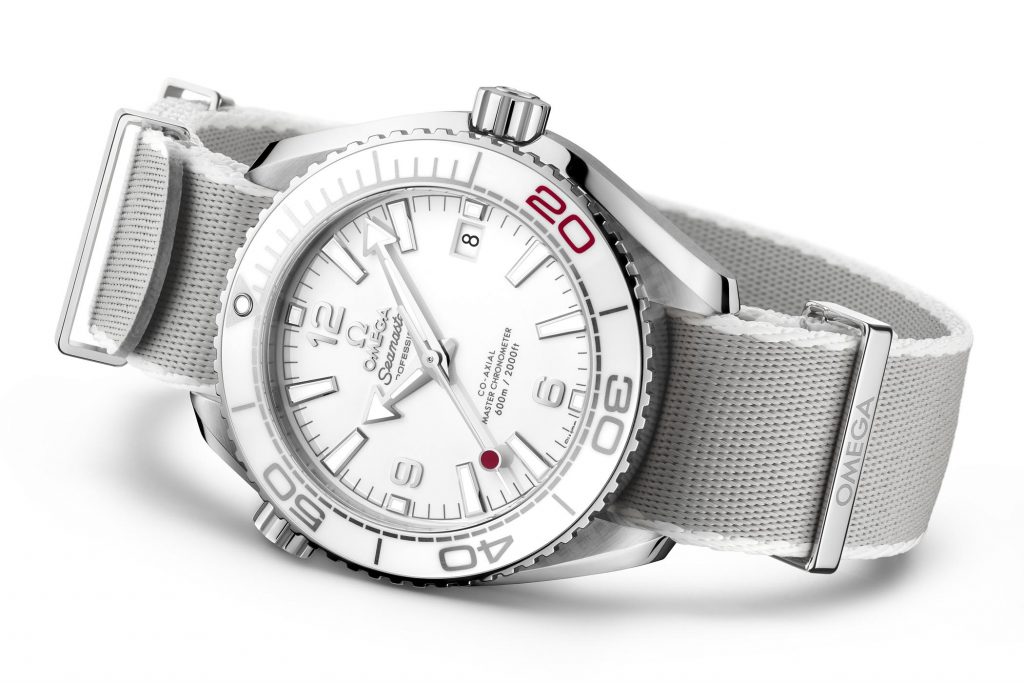 For the lady watch fans, we have something a little different. Thankfully, Omega hasn’t gone with a ‘his and hers’ collection and instead offered up the ladies Seamaster Planet Ocean. Rather than add in a contrasting blue to the white Planet Ocean (which would have been great for sure) Omega decided to play with the theme of the Japanese flag. As such, there are red touches on the front of the watch, notable the lume pip on the seconds hand which has been coloured red and the 20 numeral on the diving bezel which has been filled with red to mark the occasion. 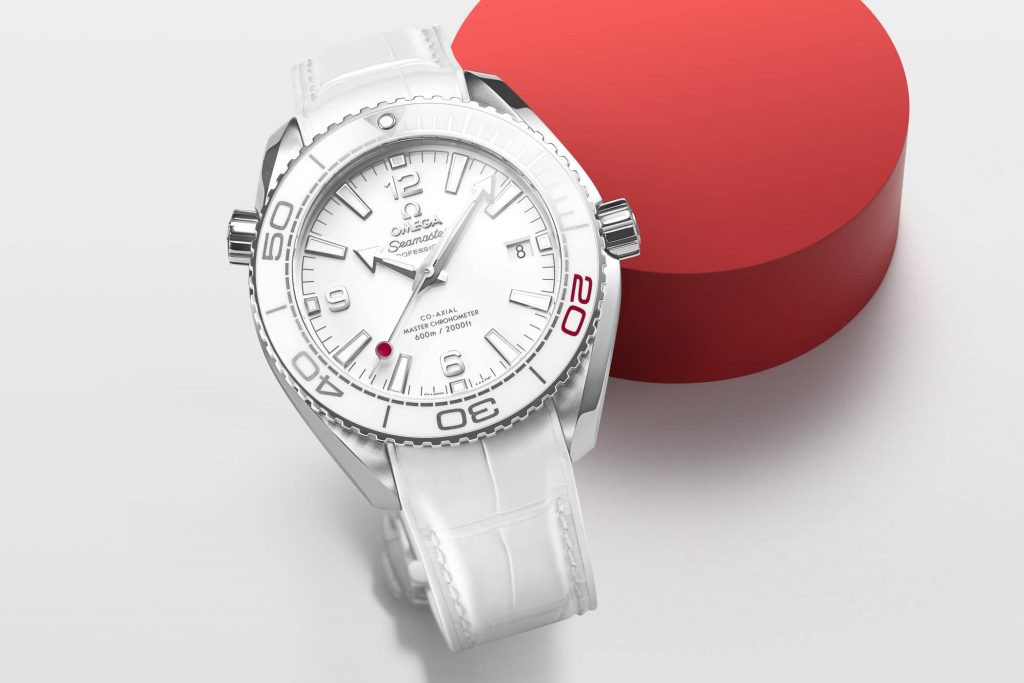 This one will come with a NATO strap and the white rubber/alligator strap as well. Inside the case is the Master Chronometer Co-Axial calibre 8800 movement that’s visible through a sapphire caseback with the Tokyo 2020 logo printed on it. This watch will also be limited to 2020 pieces and will cost €7000 each.