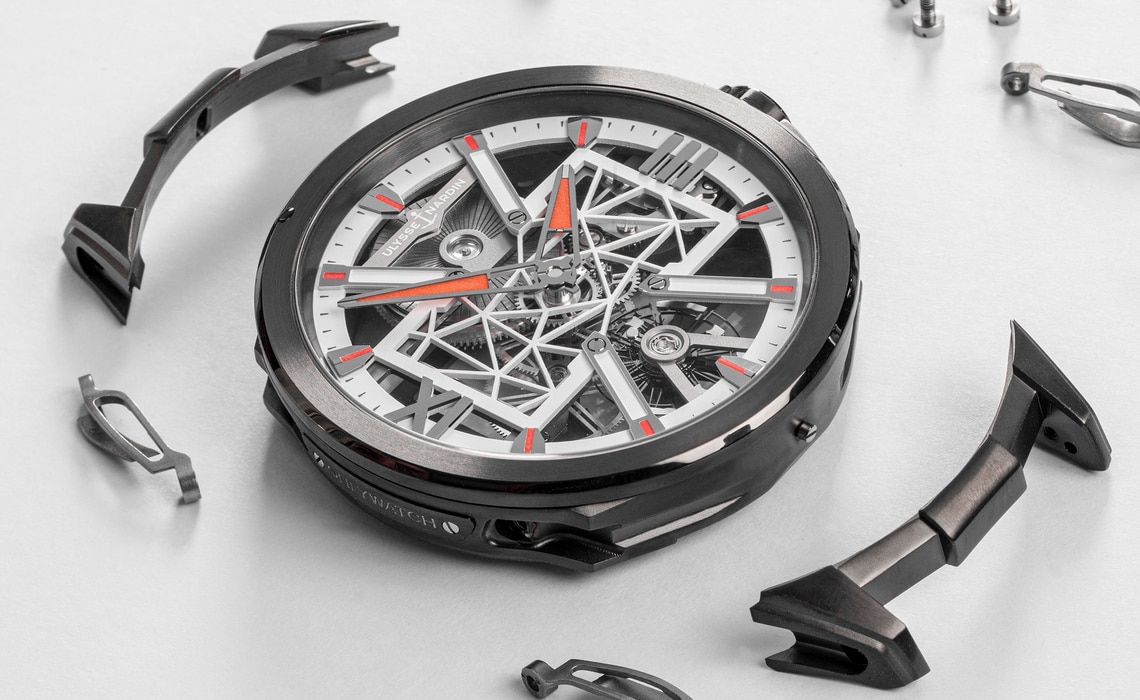 With the Only Watch 2019 charitable auction just a few weeks away, the horological world is buzzing with action as participating brands showcase their distinctive offerings for the grand event. For today we will have a look at the Ulysse Nardin’s Only watch 2019 nomination the EXO-Skeleton X. The design of this special watch is Inspired by Autonomyo, an exoskeleton designed to help people with Neuromuscular diseases, which is also the noble cause that Only Watch works towards. 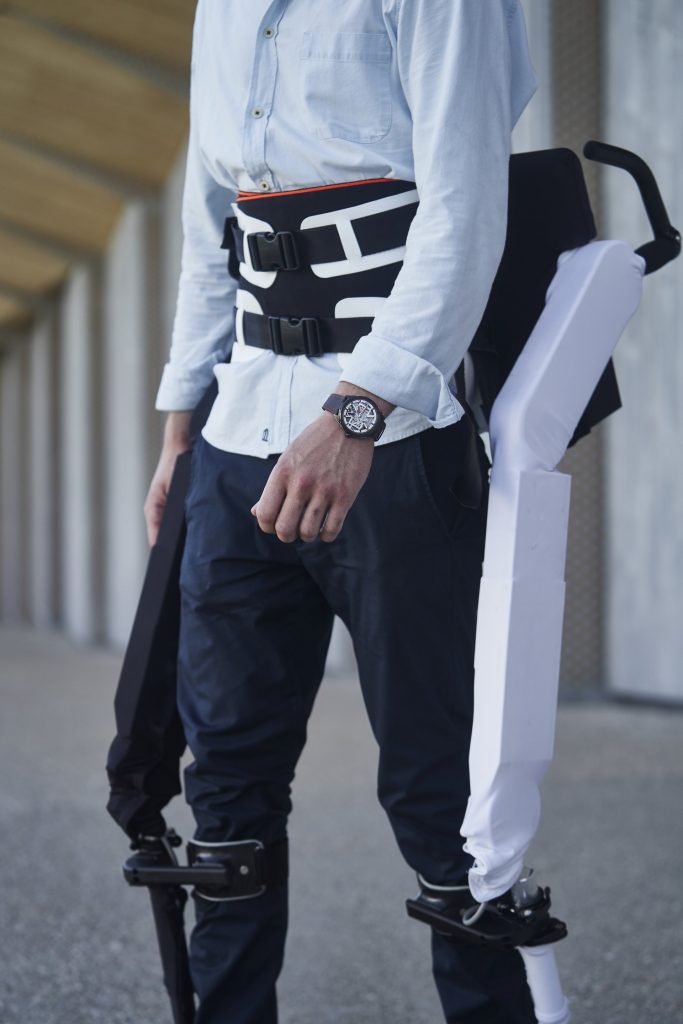 Neuromuscular diseases are degenerative and involve a major loss of muscular function which results in deterioration of everyday activities, notably walking. While virtually incurable, the advent of technology has led to the creation of advanced orthotic systems known as exoskeletons that help people gain better control over the movement of their affected body parts. Autonomyo is an exoskeleton that features 6 motorized axes at the hips and knees as well as the ankles to help patients make complex movements with relative ease. 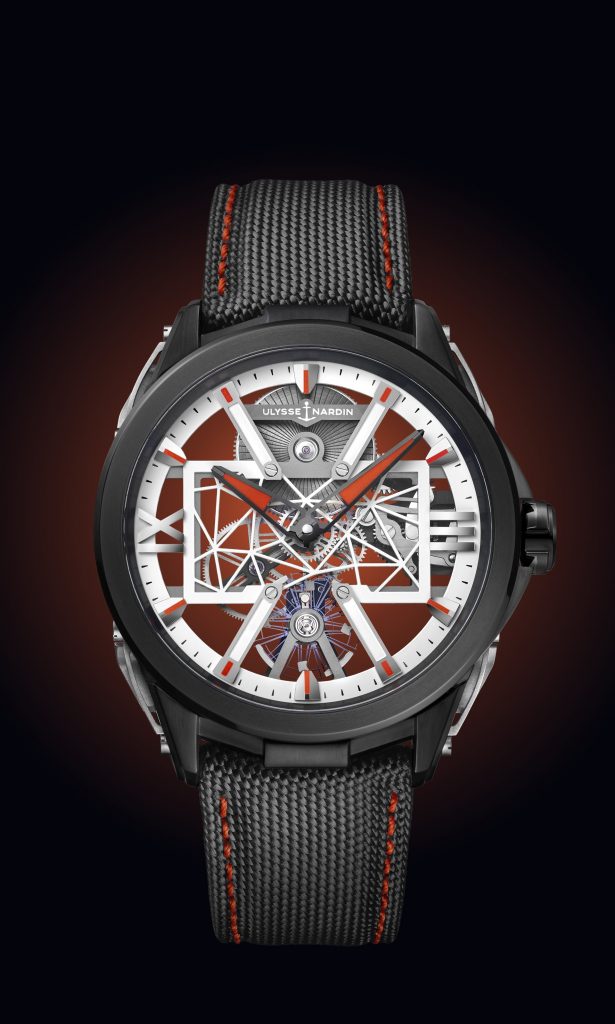 Influenced by the Autonomyo, the case of the new Exo-Skeleton X has been designed to provide enhanced wrist comfort to the wearer. It features an “exoskeleton” that is formed using four flexible blades that have been attached to the case using screws to improve flexibility by allowing for some movement between the case and the lug bars. The case which is constructed from titanium measures a modest 42mm in diameter and has been PVD coated to give the watch a sporty and tactical appeal. 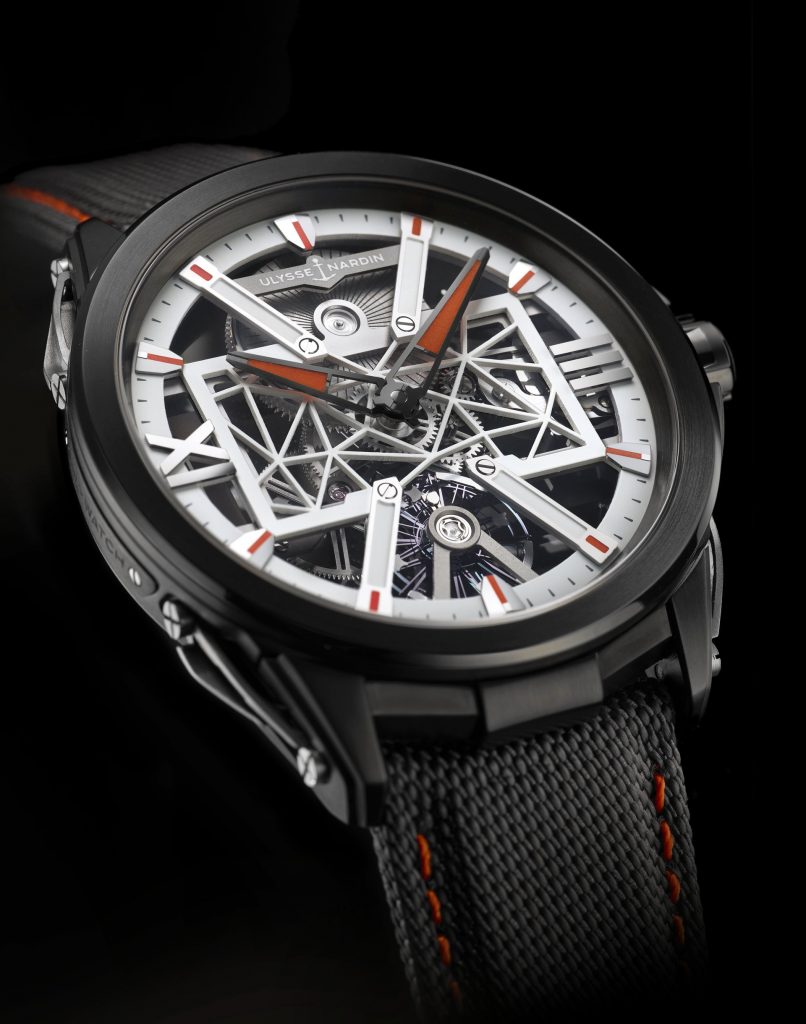 As it is based upon the Ulysse Nardin Skeleton X that was launched at SIHH 2019, this new watch also bears the same highly open-worked dial with some unique touches. One of the design highlights of this dial is the implementation of the letter ‘X’ that has been done using the indexes at 11,1,4 and 7. Further to this, positioned at the center is a rectangle that features a unique molecular structure within it as a nod to the medical purpose behind the Only Watch auction. Also, worth mentioning is the white/orange colorway which looks vibrant and provides a great contrast against the black case. 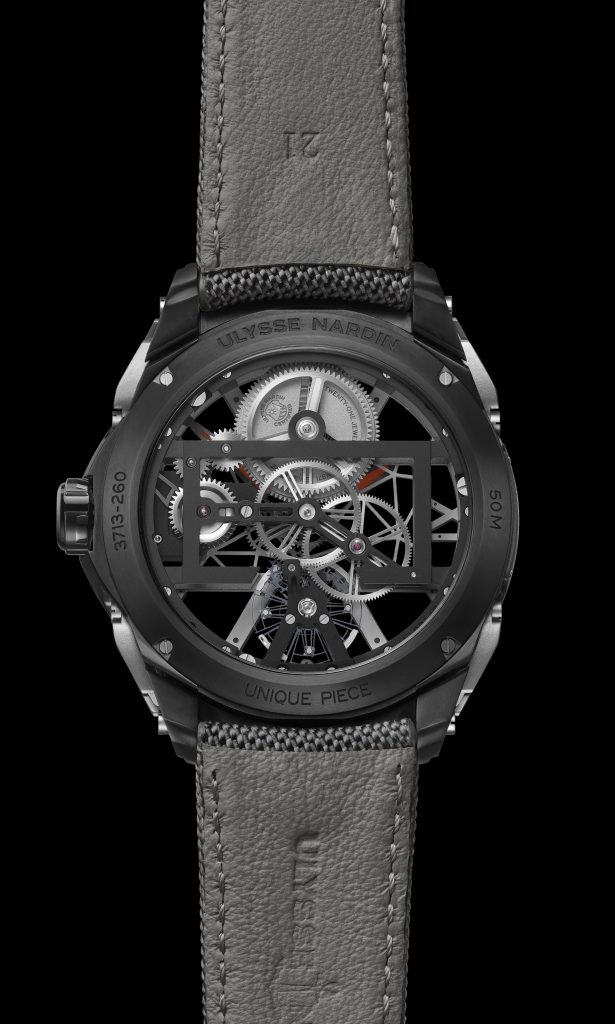 Powering this watch is Ulysse Nardin’s in-house UN-371 caliber. This is a hand-wound movement that has been skeletonized to show off its complicated internals from both the front and the back of the watch. The movement operates at a frequency of 3Hz and offers a great power reserve of around 96 hours. 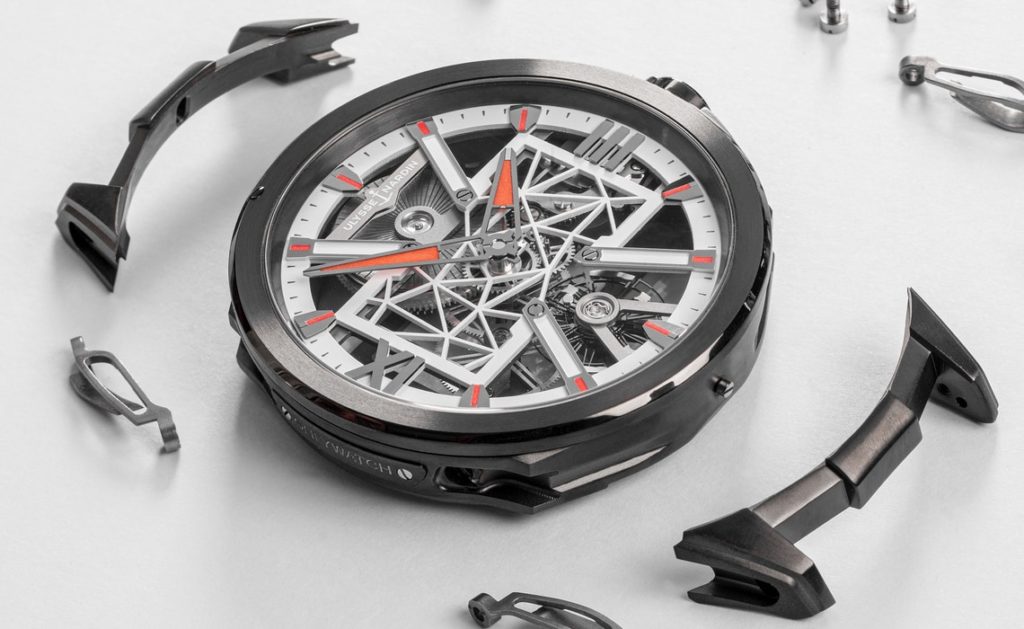 The Ulysse Nardin EXO-Skeleton X is a special and exclusive watch that supports a special cause. The watch would come attached to a comfortable textile strap and would be up for auction at the Only Watch auction that is scheduled to be held in Geneva on 9th November 2019.