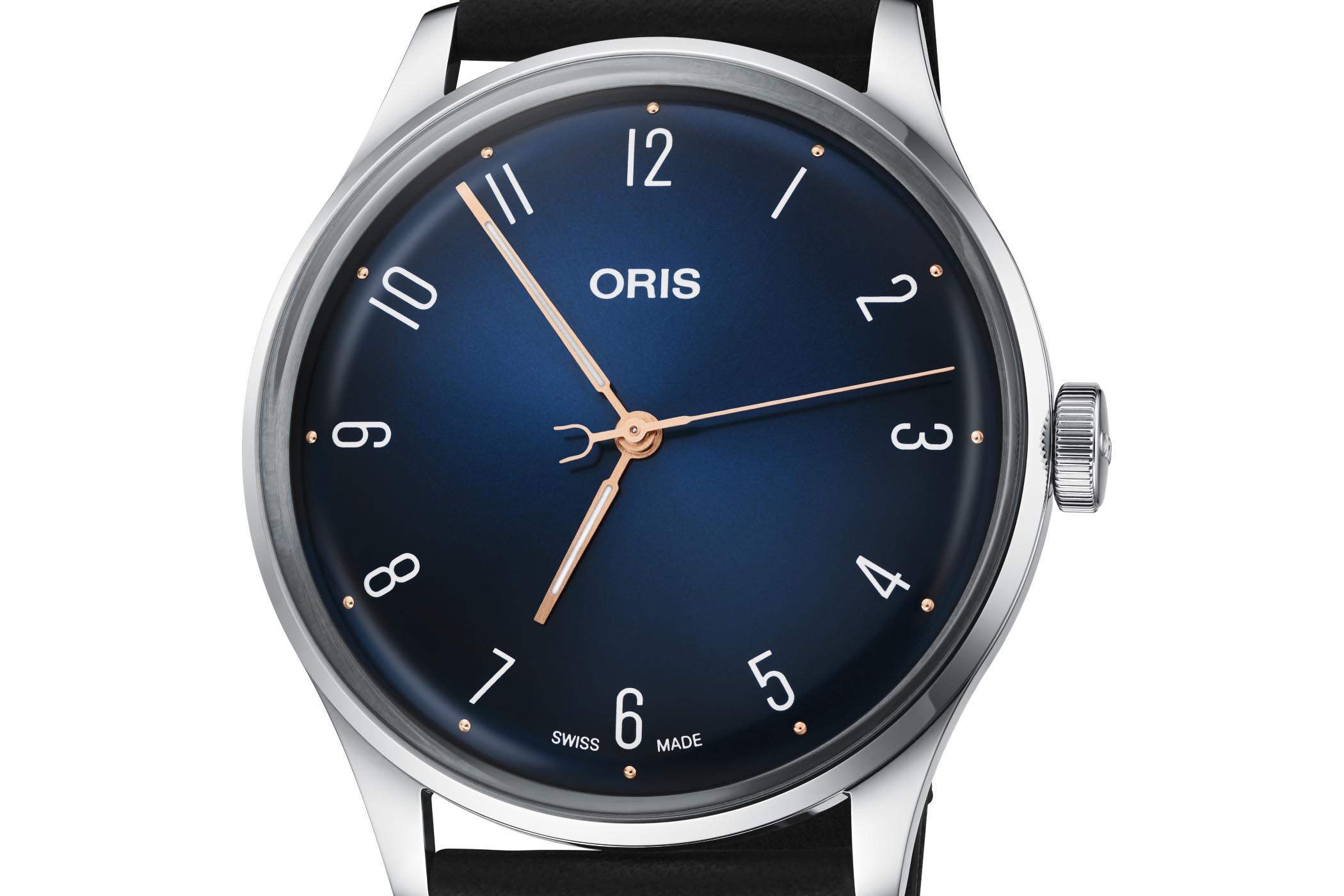 Oris has been on a roll with its watches in 2019 and has saved one of the more unique until last. The new James Morrison AoM Limited Edition watch is based on the existing Oris Artelier watches, but it’s been modified a bit. The counterweight on the seconds hand implies that this watch is an exclusive production model, and some might think it’s an elegant tuning fork shape. The shape is of a finger rest found on a trumpet, the instrument of choice for the James Morrison AoM Limited Edition. 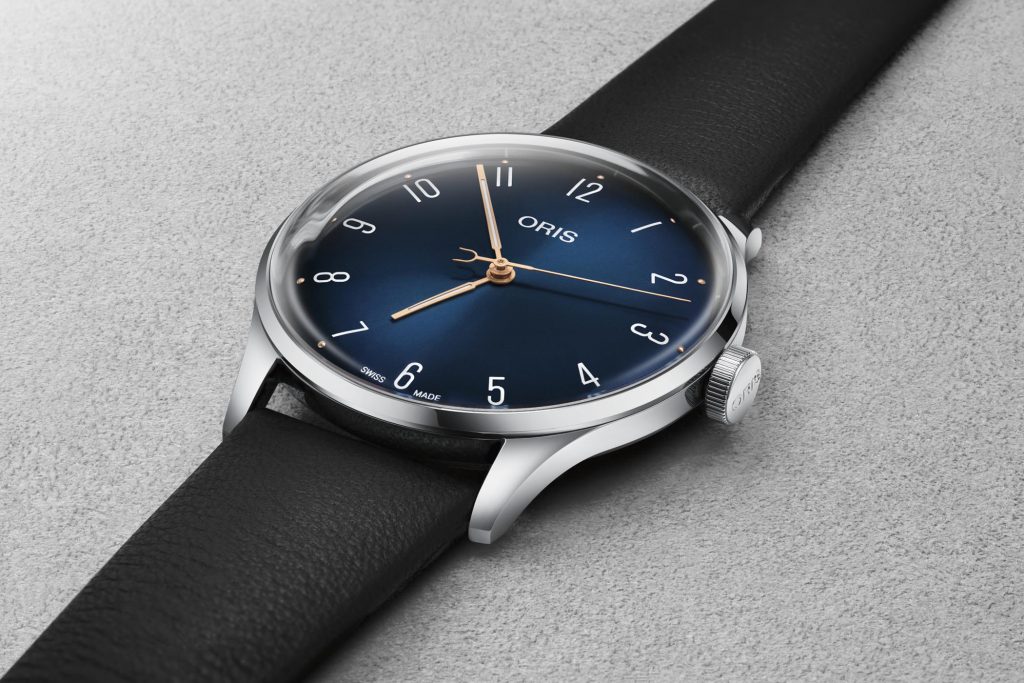 Though you might expect someone like James Morrison to be a bit of an unknown, due to his connection to jazz music rather than pop or rock music, this isn’t necessarily the case. Not only did he compose and perform the opening fanfare of the 2000 Summer Olympics, held in Sydney, he also found the time to present the Australian version of the BBC’s hit car show Top Gear. Despite all this, he is still known primarily for his music, and while he mostly plays the trumpet, he can also play a whole variety of other instruments. His self-named Jazz school, based in Mount Gambier, South Australia, offers the chance to earn a degree in jazz performance if one should wish to take it up as a career. 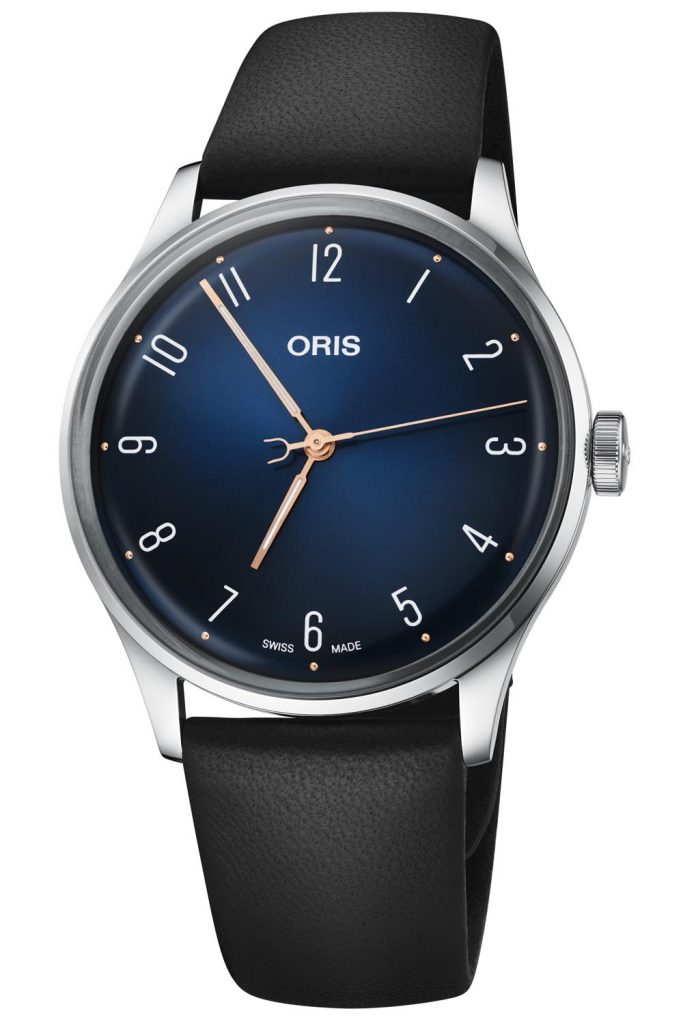 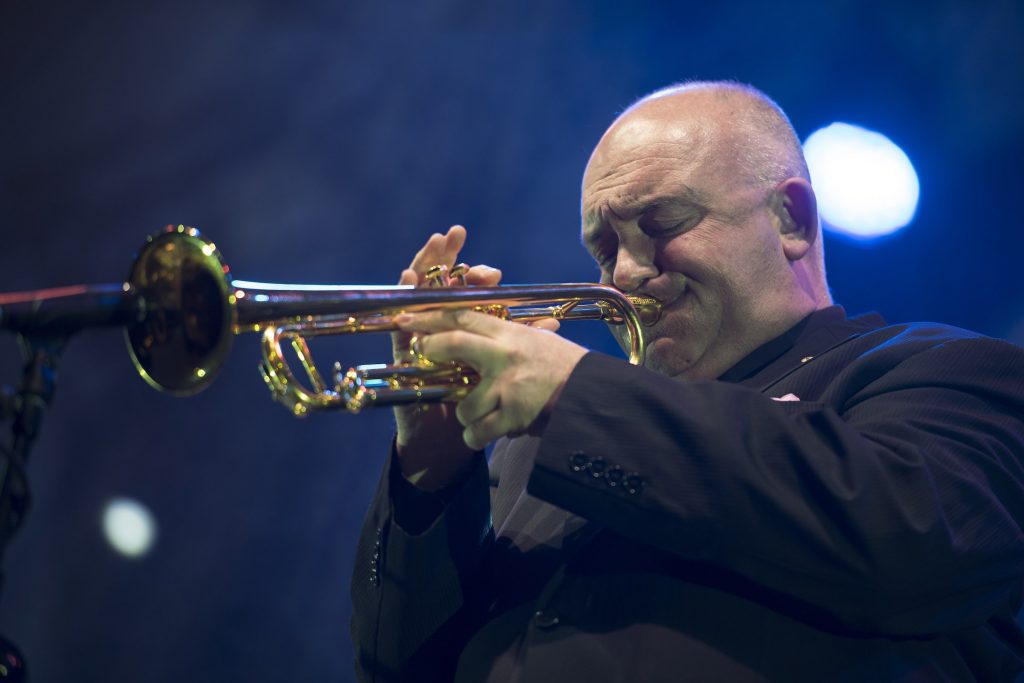 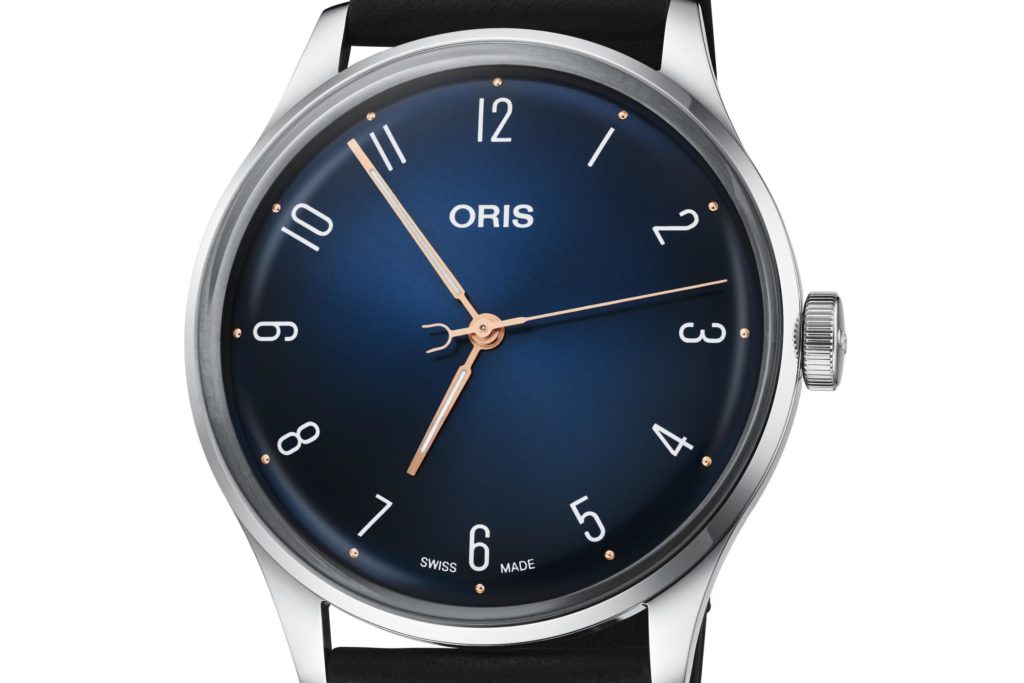 The Oris watch is named after the academy, rather than James himself, hence the ‘AoM’ in the name. It’s got an attractive dial with a clean look which is clearly vintage-inspired. The blue dial has a sunburst effect to it, and the contrasting hands and markers stand out well with the blue backdrop. I love the font used for the hour markers; it seems to be reminiscent of the art deco period for sure. 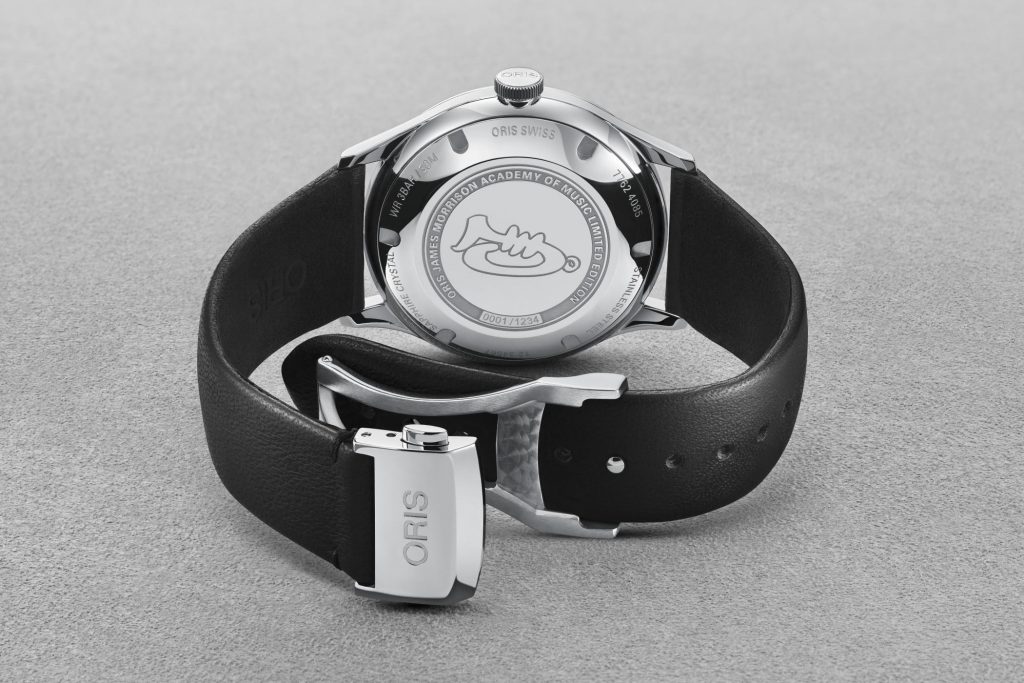 The watch is a dressy size, too. It’s only 38mm across, and the case is made of stainless steel, so expect it to be lightweight. Inside the case is an automatic movement based on a Sellita SW200-1. It has a red rotor, which is the Oris standard, and has a 4Hz beat rate and 38 hours of power reserve too, making it more than enough for the modern jazz enthusiast. Oris is limiting the production of this watch to precisely 1234 examples worldwide, clearly a musical reference. Each one will cost you CHF1950.