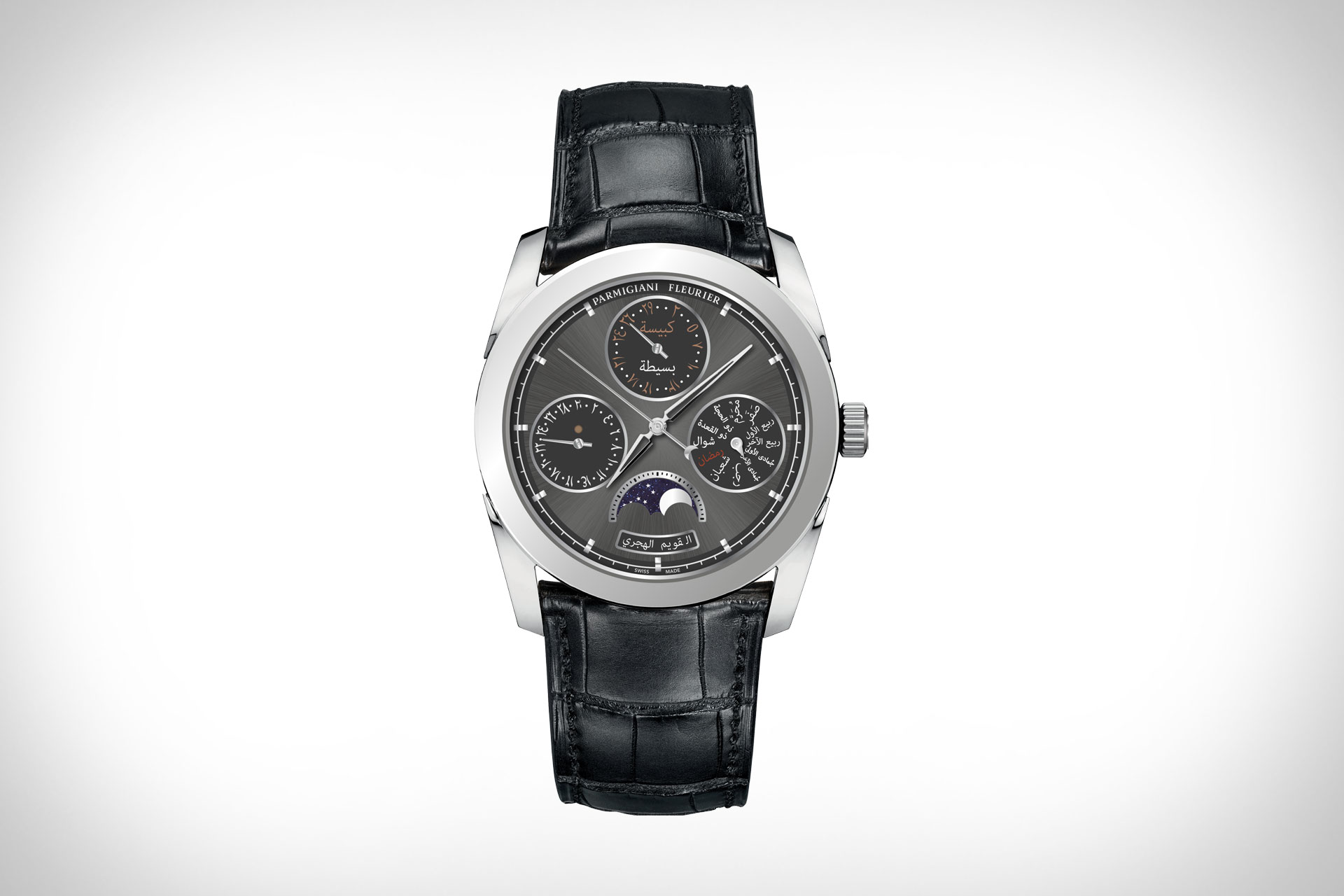 Most of us watch fans know how a calendar function works on their timepiece and which iteration of said calendar function does what. You might believe that everyone across our planet uses the same calendar system, the Gregorian calendar, to chart the progression of the year. This is not the case. Some different cultures use different systems, the most notable being the Chinese who celebrate their new year a couple of months after we do. Another variation of the calendar is the Hijri calendar, used predominately by Islamic nations. 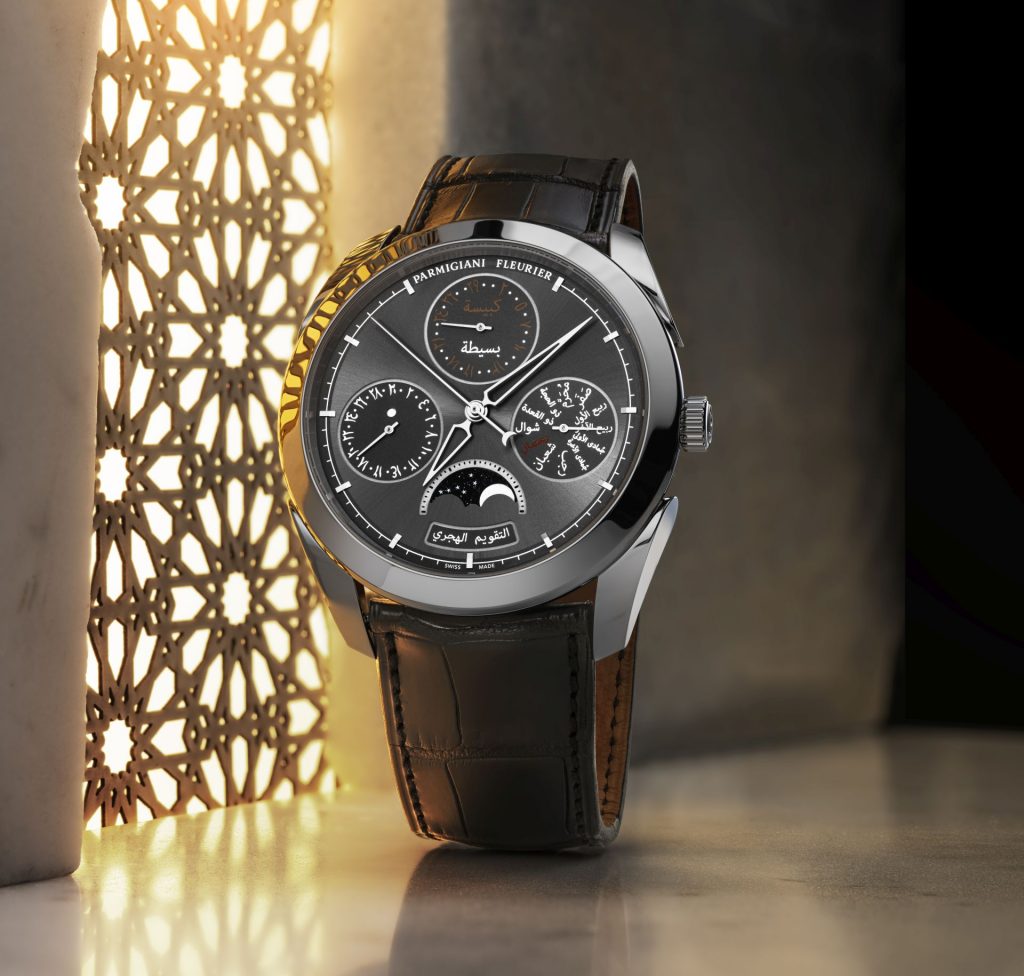 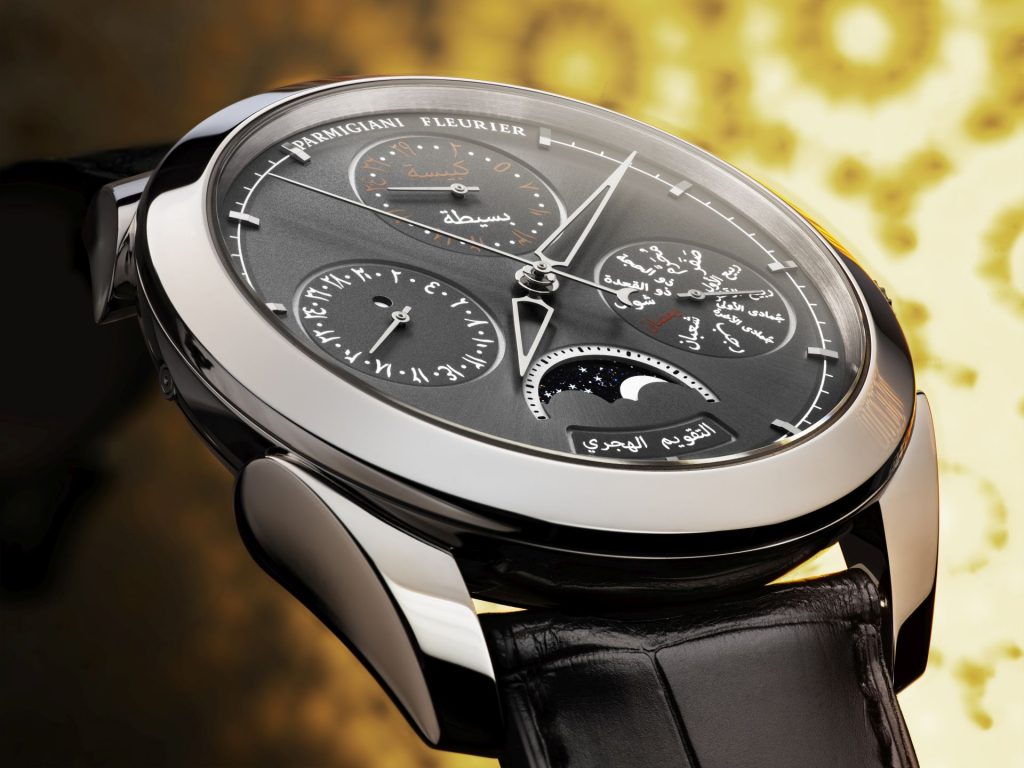 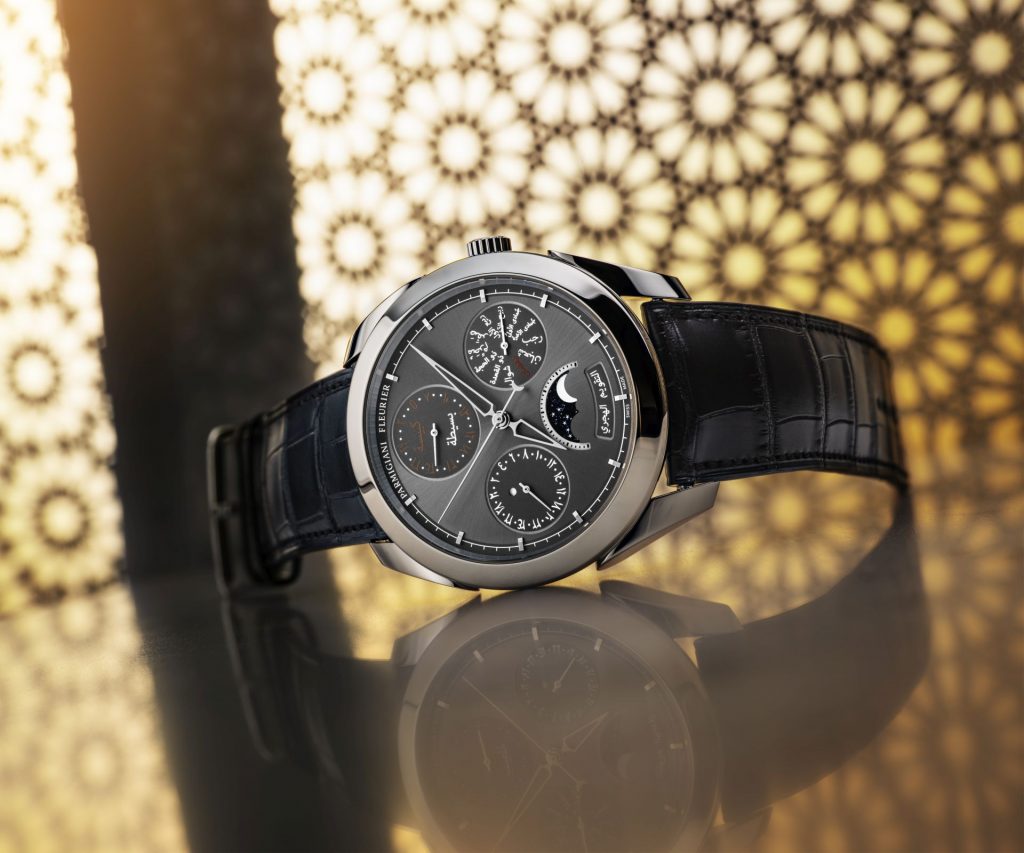 The variability of the Hijri calendar can apparently make it tricky to know precisely when Ramadan is and when Muslims should begin fasting. This random variability must have also been a challenge for Parmigiani. Because the month is determined on the ability to spot a full moon, rather than by mathematical calculation, there is no real way to program a watch to be able to know exactly when the length of the month has changed. Still, Parmigiani does an excellent job of the dial, using Arabic calligraphy to represent the names of the days and the months. 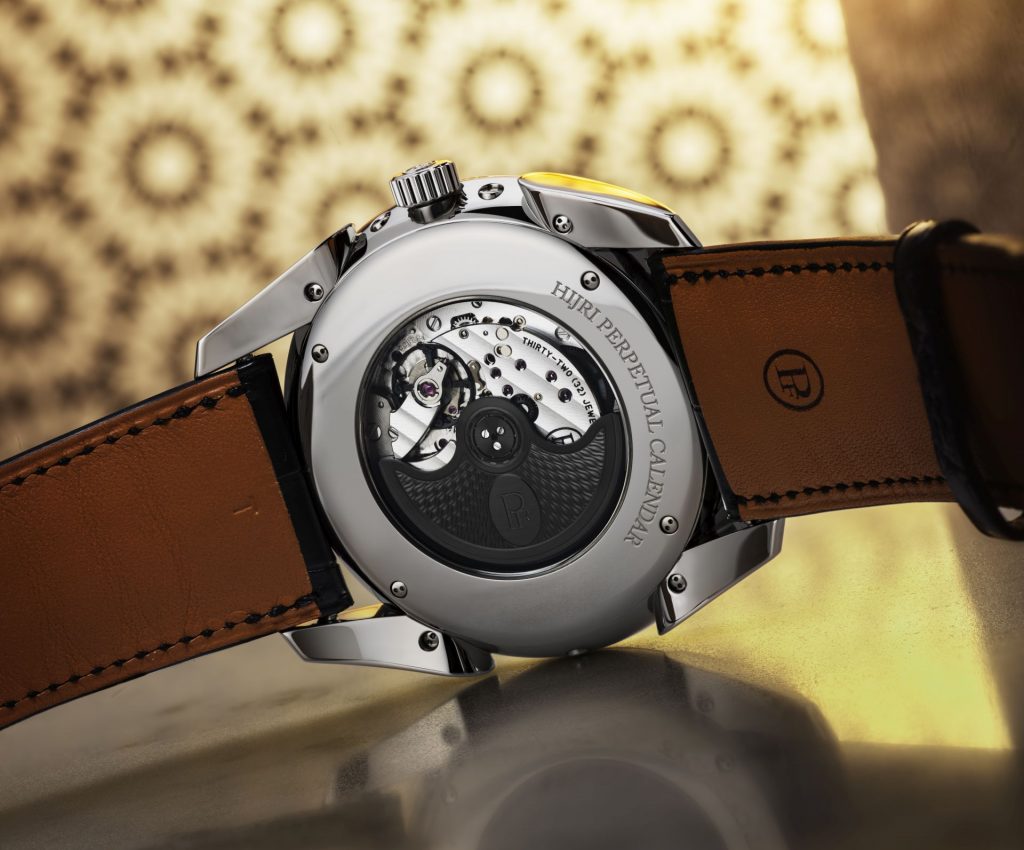 Inside the 44.5mm x 14.1mm platinum case is the calibre PF009. An automatic winding movement, it’s made of 414 components, all finished by hand. It runs at a frequency of 4Hz, with 32 jewels and a power reserve of 48 hours. Parmigiani also states that no components in the movement are made of gold. Presented on a black alligator leather strap from Hermès, this watch will sell for $80,000, and because it is a novelty, only 40 will be made.