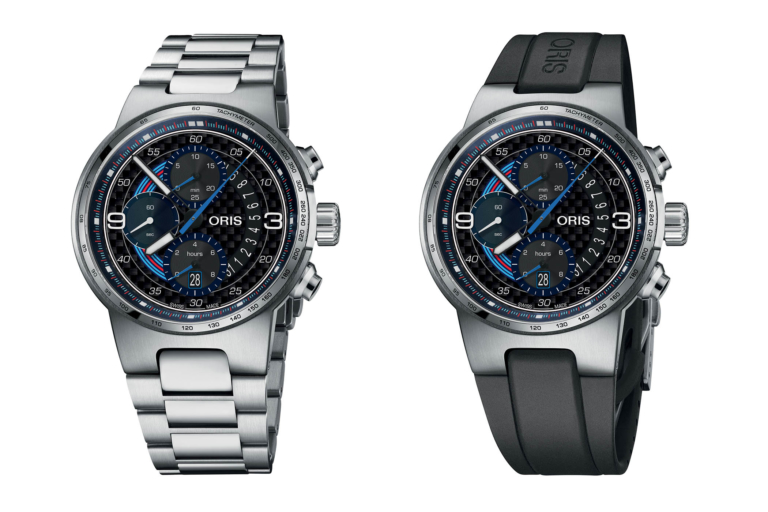 Oris makes a name for itself in the industry with rugged and dependable automatic sports watches. These are by far their most prominent selling models and therefore the ones that generate the most interest, given that watchaholics are mainly known for their almost religious following of specific brands it is sometimes wise to make a model that appeases everyone. But, if you want to expand your business, then other types of interests also have that same religious cult type following, and the biggest of them all is Formula One. 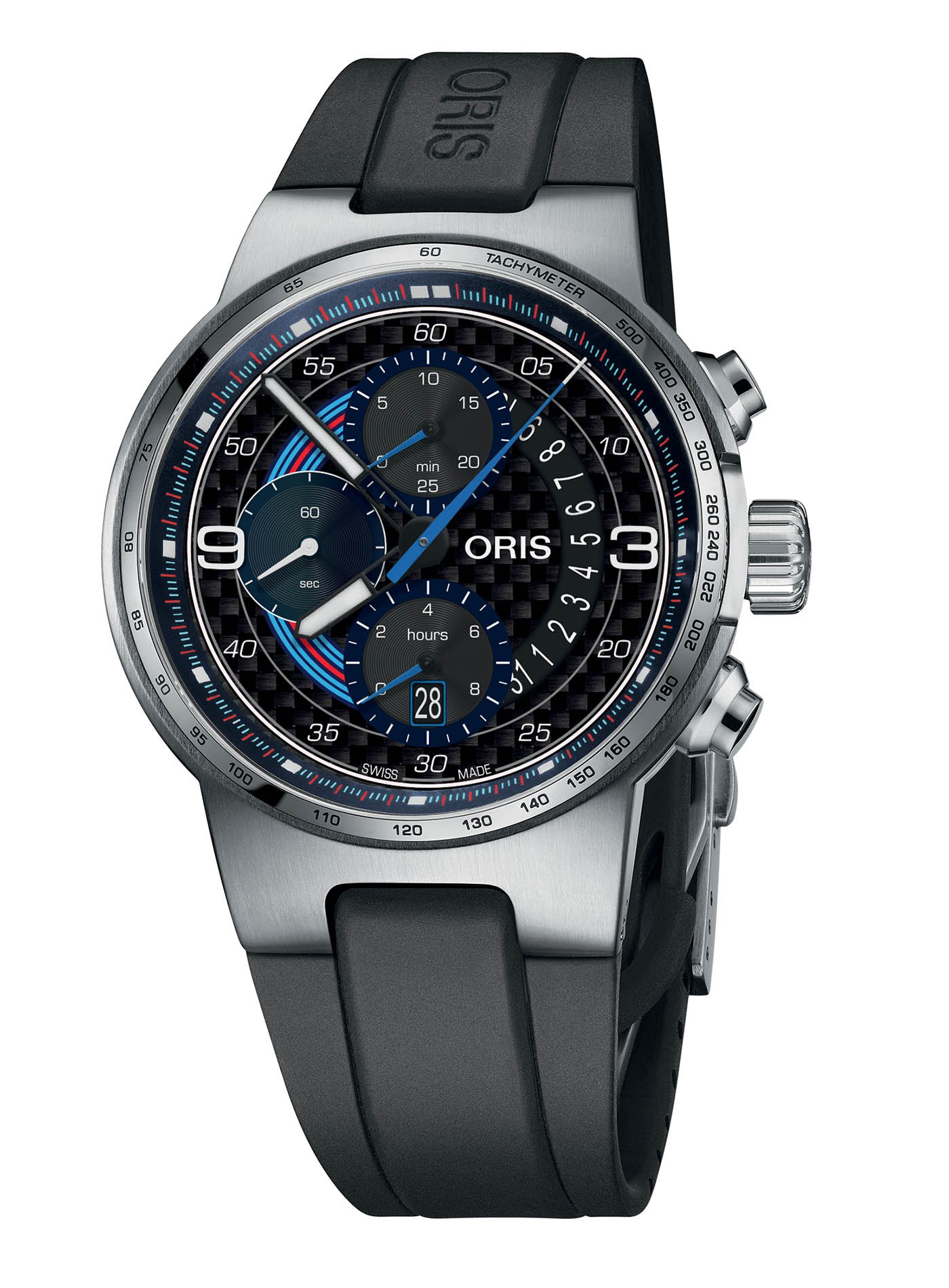 Back in 2003 Oris partnered itself with the Williams F1 team, and since then there have been many popular Williams special editions released from the company. Today we introduce the newest addition to the team, the Martini Racing Limited Edition Chronograph. The primary sponsor of Williams is Martini, a company with instantly recognisable racing livery like Gulf (John Wyer Automotive) and John Player Special (Lotus). The case is a rugged and sporty 44mm in diameter and is made of stainless steel, it comes on either a steel bracelet or rubber strap. That case will keep water out to a depth of 100m, though operating the chronograph pushers underwater will break the seal and allow water entry.
The movement itself is a Sellita SW500 based Oris Cal 774 which has 25 jewels, automatic winding and beats at a steady 4Hz which is the industry average nowadays. There’s also the chronograph (obviously), a 48-hour power reserve and even hacking seconds to allow for more accurate time setting. If you’ve seen any adverts or windows with Oris watches in, you’ll be familiar with the red decorated automatic rotor, it’s sort of their classic styling. Well, that’s made a comeback as well for the calibre 774, but don’t expect to be able to see it as the caseback of this watch is closed. 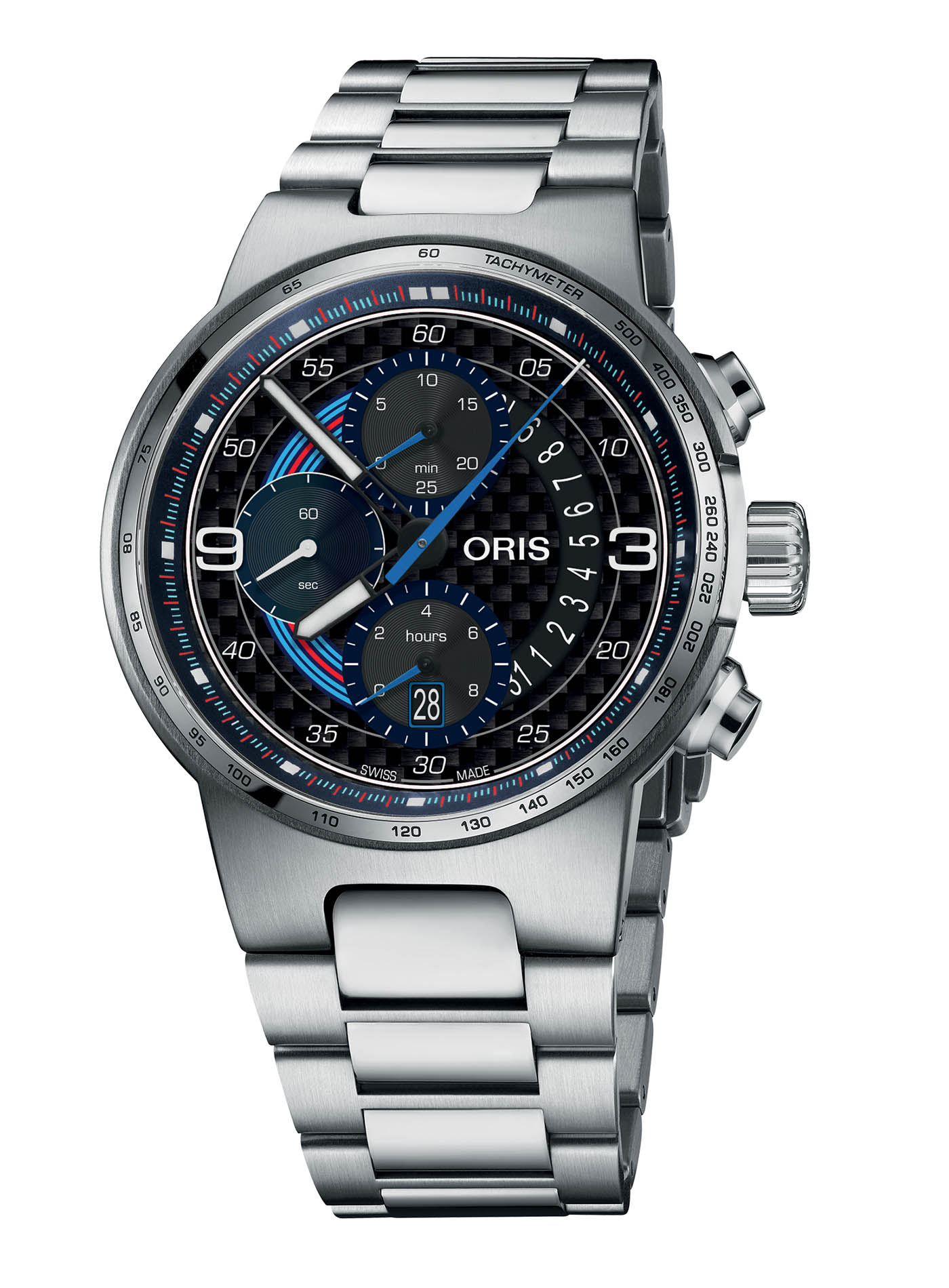 I like the overall design of this watch, such as the big lume-tipped chronograph seconds hand which is blue and has been cut to resemble the shape of instrument hands in old racing cars. Also, the minute and hour hands are part lumed part black, which means they blend in with the carbon fibre dial and appear like those old pressure gauges from iconic companies like Jaeger or Veglia Borletti. I like the big 3 and 9 O’clock numerals, the only ones on the dial relating to time as the others have been replaced with 5-second increments for the seconds hand and printed in a sporty italicised font. The entire dial screams racing, and that rainbow of Gulf colours on the left-hand side emphasises this. I think, with all those little extras they’ve chucked in, you’ll see something you hadn’t spotted before every time you view this watch on the wrist.
It’s limited to 500 examples and costs 2850 Swiss Francs for the strap option, or 3050 Francs for the bracelet version.Visit Oris here.