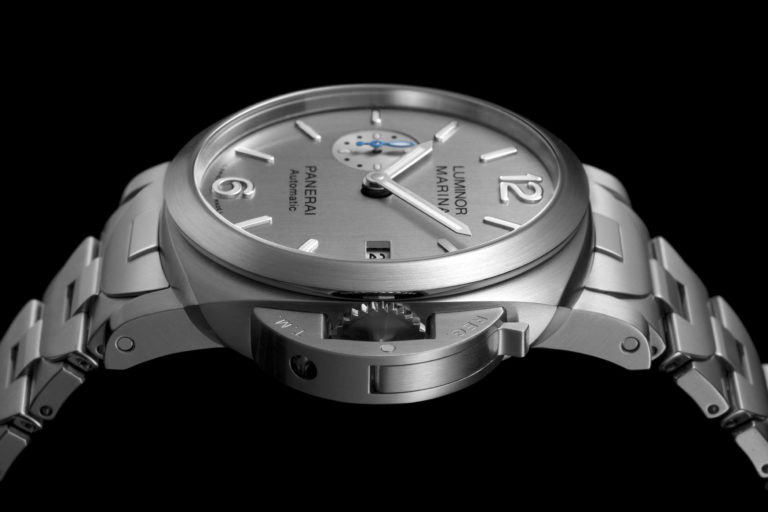 So while Baselworld has been going on, we’ve had plenty of news from other brands which, for various reasons, weren’t at the show which has just passed. Of course, Panerai definitely wouldn’t be at Baselworld, because it attends SIHH in January as a member of the Richemont group. So, that means that we’ve been sitting on this one for a while, as all our focus was on Baselworld. But now I’m pleased to show you the new Luminor watches, PAM00977 and PAM00978. 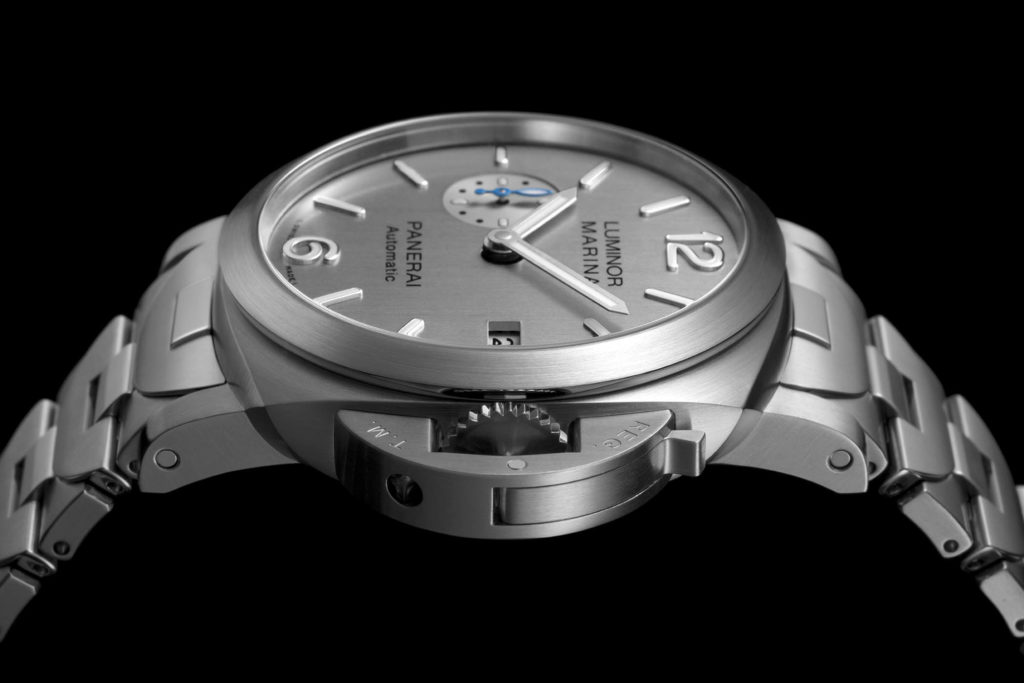 There are two defining features on these watches, but first, let’s talk about what we envision a classic Panerai to be. A big and chunky cushion case housing a durable movement presented on a thick leather strap with their classic sandwich dial. Sound familiar? Yeah, that’s Panerai. So, what better way to show that you don’t follow tradition all the time by doing the opposite, at least in terms of aesthetics. 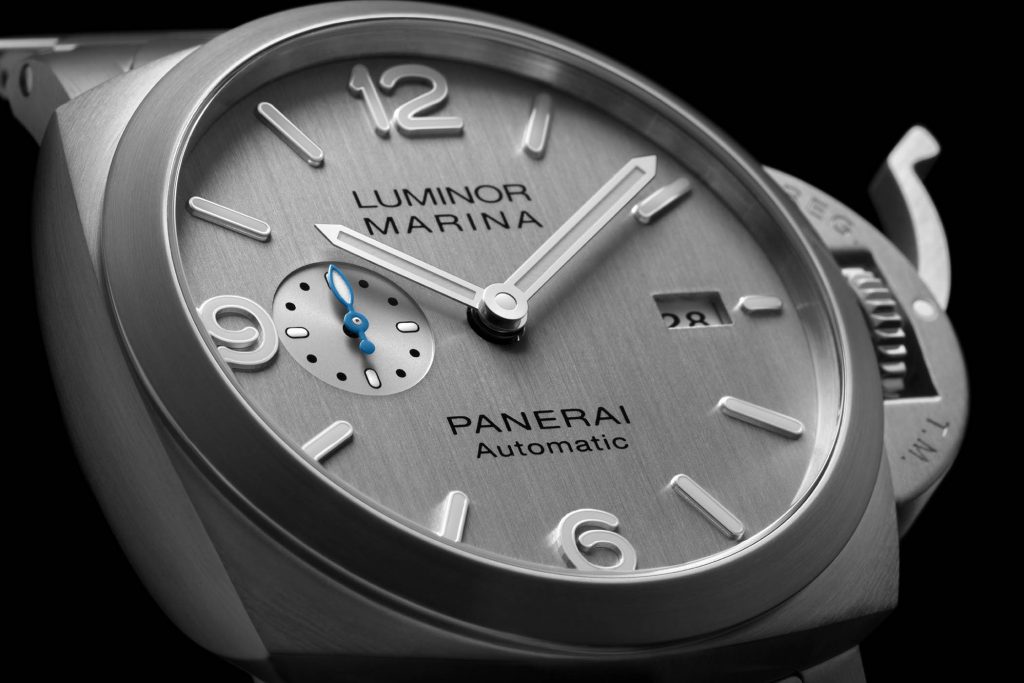 For the new Luminor models, the dark colour dials have been tossed aside in favour of a vertically satin brushed silver, which matches well with the steel case AND the stainless steel bracelet. That’s right, these are some of the very few Panerai watches which don’t come on a strap, but rather a metal bracelet. To keep the watches functional and legible in the dark, Panerai has applied lume to the markers on the dial and hands.

The new Luminor watches come in two sizes, 42mm  (PAM00977) and 44mm (PAM00978). I don’t expect this to be a ‘his and hers’ type deal, where one watch suits one gender, as typically the watches are 40mm or smaller for the ladies. These watches seem just as rugged as any other Panerai. Indeed, the 42mm watch has a 100m water resistance rating, while the 44mm has a 300m resistance, why there is a split I’ve no idea. 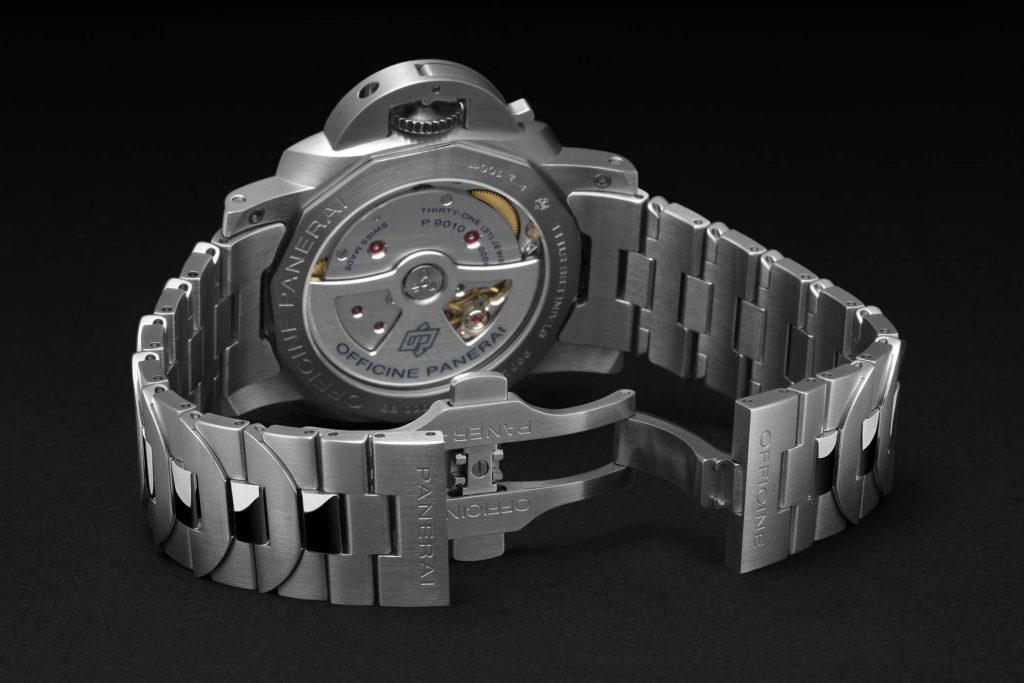 Inside both of the watches is the calibre P.9010. This is an in-house designed and made movement by Panerai, and it’s on display through the sapphire display back. Thanks to two mainspring barrels and oscillation of 4Hz the movement will run for three days when set down. It’s also automatic winding, so it’s practical for daily wear. I like the decoration of the in-house Panerai movements, it’s not fussy or showy, but you know that you’re looking at something extremely technical. Panerai movements have made a name for themselves by being exceedingly rugged and long-lasting, so I expect the P.9010 to be no different in this application. 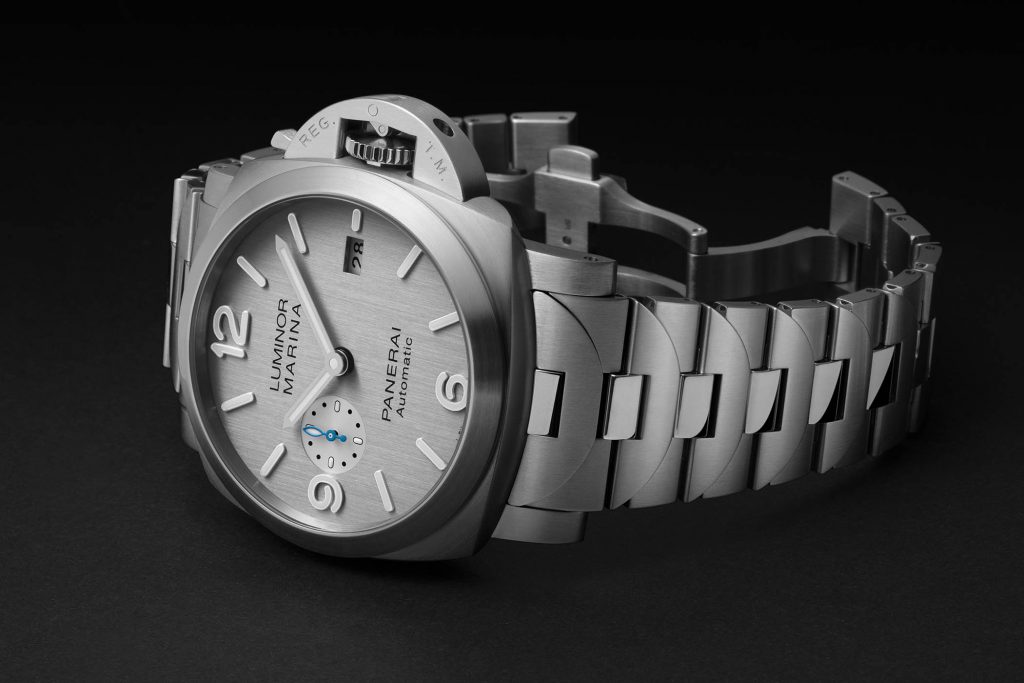 These watches are intriguing, they are almost entirely monochromatic save for the blue seconds hand on the dial, but they’re not particularly dressy either. Okay, compared to other Panerai models they are quite dressy but don’t forget that Panerai already has a dress watch, the Due. They’re also well made, I’ve seen first hand how much attention to detail goes into these watches. So, when Panerai says its watches are 100m water resistant, know that it includes a 25% safety margin, so the PAM00977 is actually maxing out at around 125m. Why the 2mm difference affects the water resistance, I’m not sure.