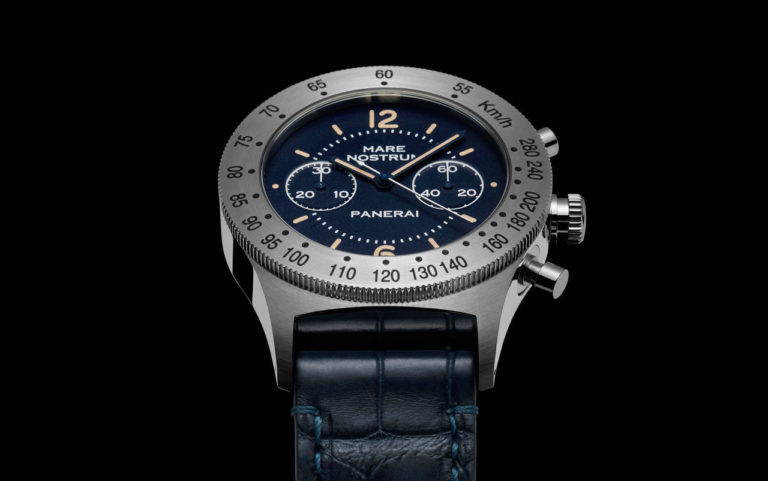 The Mare Nostrum Acciaio 42mm PAM716 watch is very interesting in a sense that it is based on a prototype that is quite missing a lot on the original specifications plus the prototype never saw production status. It was originally intended to be used by the deck officers of the Italian Royal Navy hence the public would never have laid hands on it anyways. However, Officine Panerai is now releasing the new Mare Nostrum Acciaio 42mm PAM716 based on the 1993 edition that also based its specifications on the limited documentation that survived the flood in Florence in 1966. When it is like this, I will admit I am kind of bias since I like historic pieces particularly the ones with military inspirations as they tend to be technologically superior. 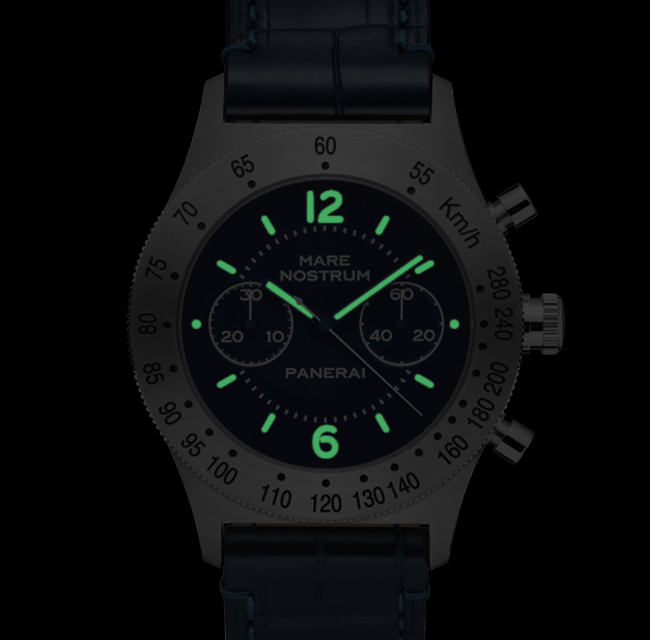 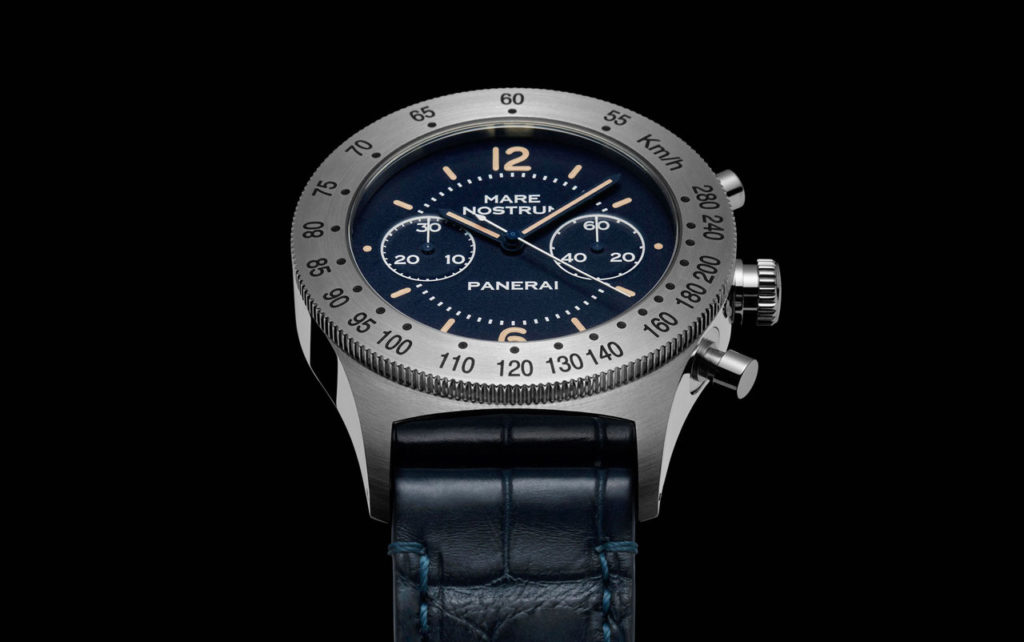 Moving on, the new Mare Nostrum Acciaio 42mm PAM716 gets the same 316L stainless steel case 42 mm in diameter instead of the 52 mm diameter of the 1943 prototype. The design is terrific with a bit of minimalist approach on a chronograph. The broad and flat brush-finished bezel engraved with the tachymeter scale in km/h looks utilitarian but at the same time very classic. From a distance, it almost looks flat which is very nice to look at. The chronograph pushers are nicely tacked at 2 and 4 o’clock. The crown shares the same initial design of the pushers which is superb as it blends quite perfectly, a very noticeable Panerai aesthetic. 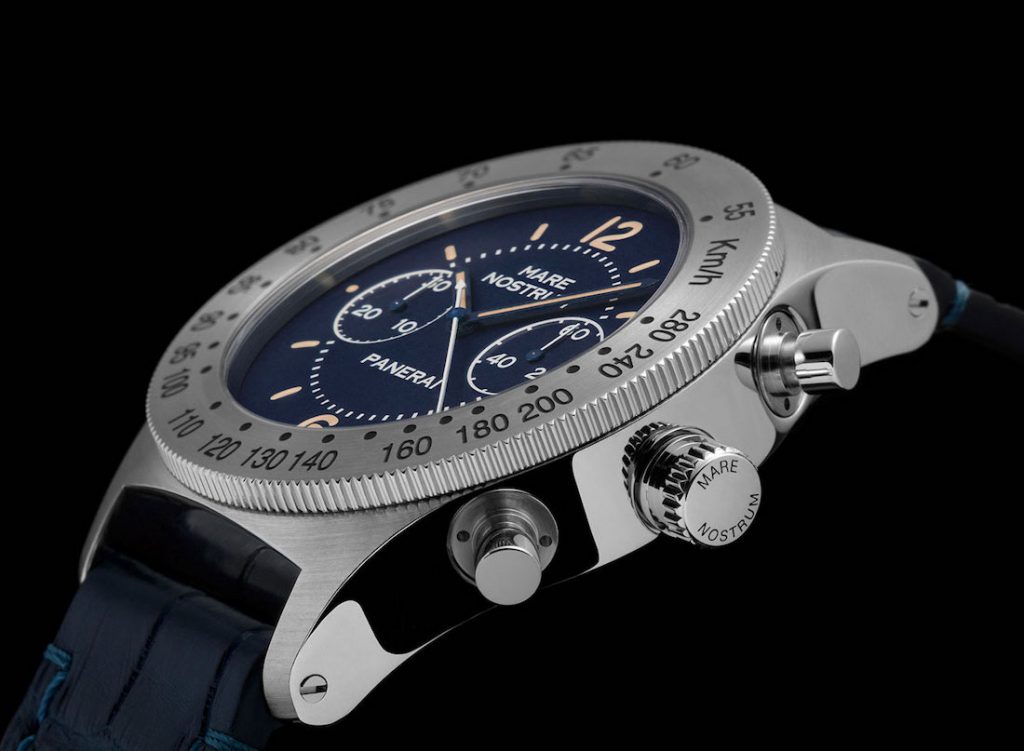 On the dial side, it sports a deep blue face akin to the color of the ocean as the watch was originally intended for. The design is clean with strong emphasis on legibility as seen on the engraving on the dial and the markers coated with beige Super-LumiNova. Now, this watch truly gets it as when you really need it only the time gets lighted up. The chronograph minute counter is found at the 9 o’clock while the small seconds dial is at the 3 o’clock. The chronograph seconds hand is centrally mounted which is, of course, a traditional approach. Instead of using isolated sub-dials, the new Mare Nostrum Acciaio 42mm PAM716 makes you think the dial is one big plate, true enough as it adds unique aesthetic unity. 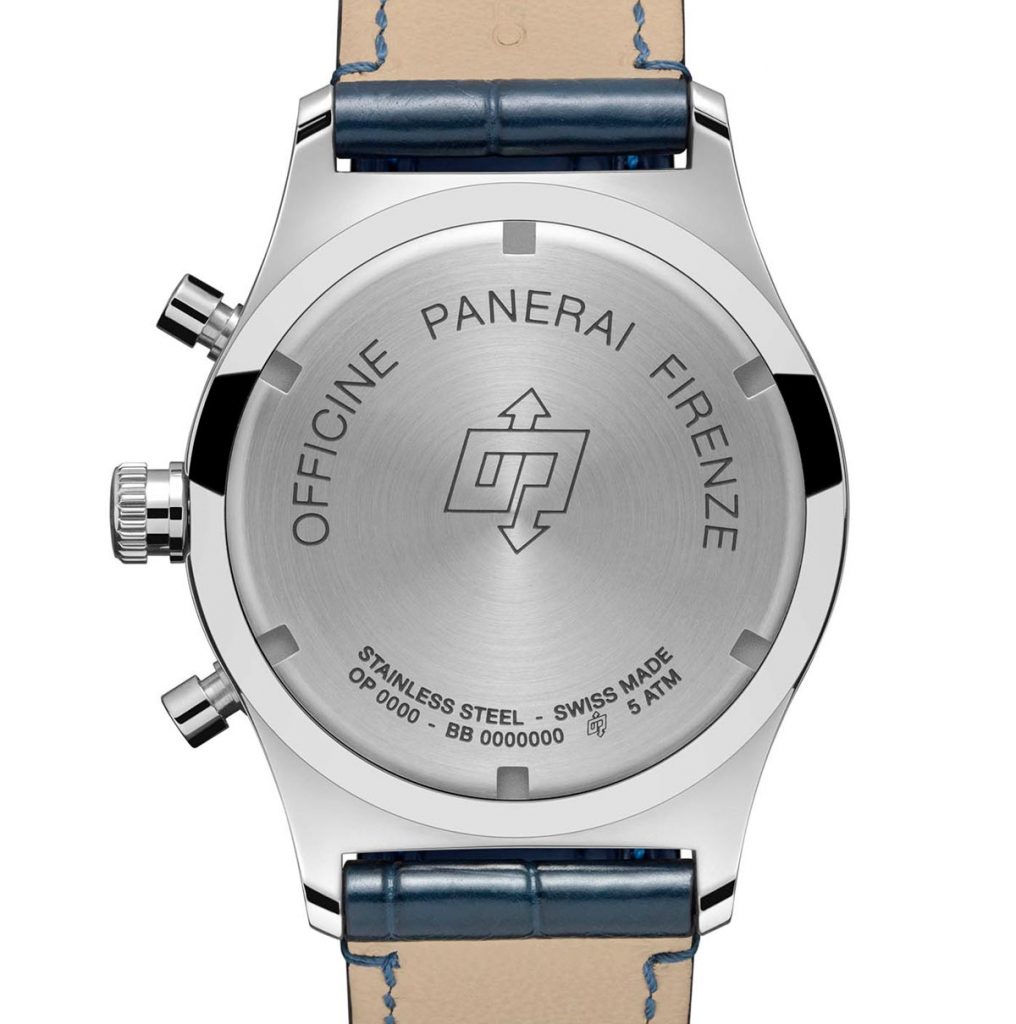 As we flip the watch over, we are greeted with a screw back that gets a personalized touch with the inscription Officine Panerai Firenze and the OP logo engraved upon it. This is of course expected with a water-resistant watch with 5 bars (about 50 meters / 165 feet) of water resistance. Within the new Mare Nostrum Acciaio 42mm is the same movement as the pre-Vendôme model, the hand-wound OP XXXIII calibre. This was created and personalized by Panerai on the ETA 2801–2 base with a Dubois-Dépraz chronograph module. It packs a good 42-hour power reserve. Most interestingly, the movement is COSC (Contrôle Officiel Suisse des Chronomètres) certified which is the very selling point of this watch. 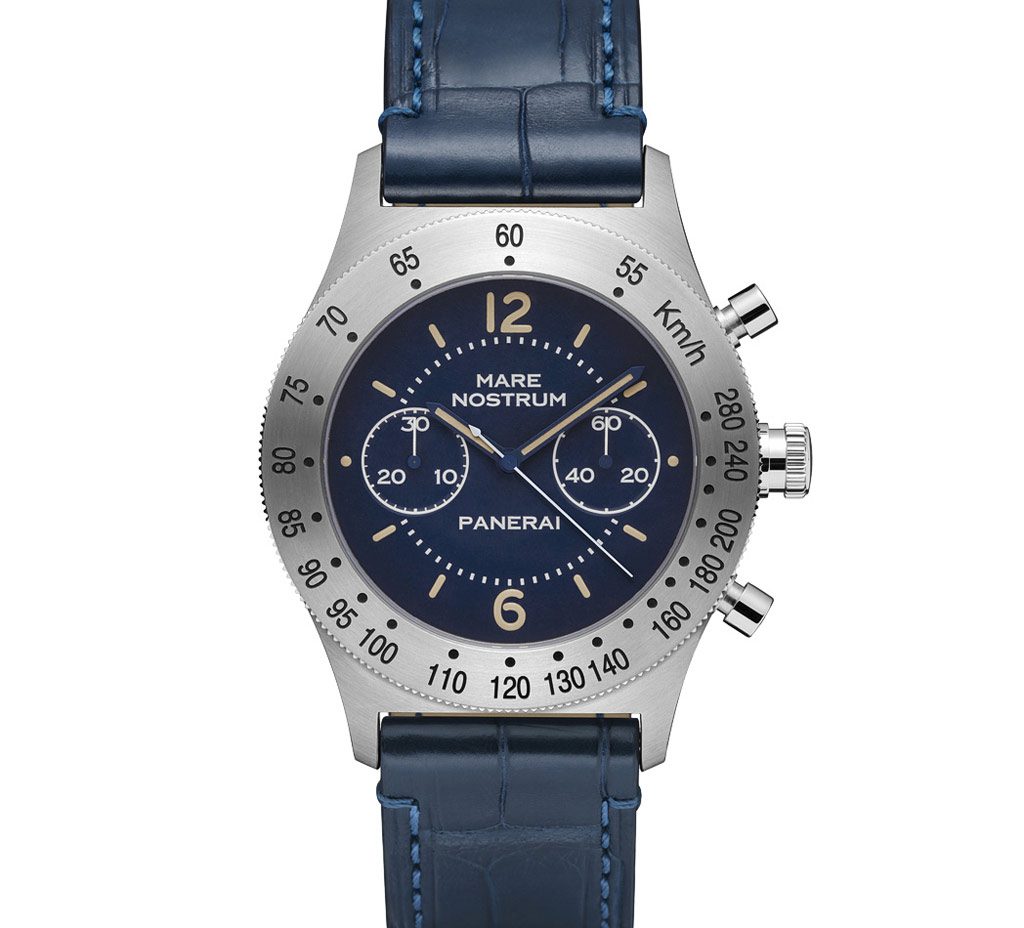 The new Mare Nostrum Acciaio 42mm wears on a deep blue alligator strap with matching stitching and a sewn-on steel buckle. Another plus factor is the box of the Officine Panerai Mare Nostrum Acciaio 42mm PAM716 which includes a screwdriver, a second leather strap and a model of the Luigi Durand De La Penne which is the destroyer of the Italian Navy on which Panerai announced and presented the Mare Nostrum in 1993. The price point is Euro 9,900. For more info, please visit panerai.com