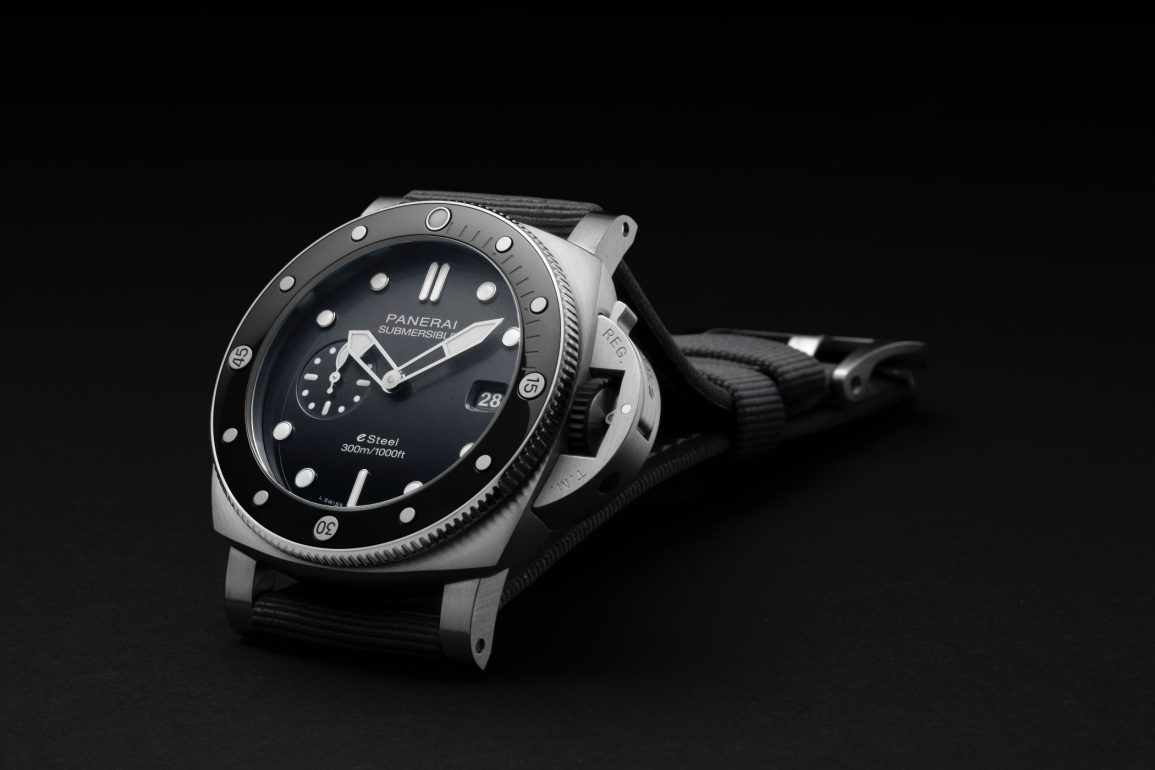 The Submersible has been an oddity in some ways, you get the 47mm that we want to buy because they look cool when Sly Stallone wears them, but we also get the 42mm watches which some people (like me) find a little too small. The new QuattroFormaggio Submersibles fill the gap nicely and Panerai isn’t bothering to test the waters and see whether the market likes 44mm cases. There are three sets and seven new watches in total to try out. 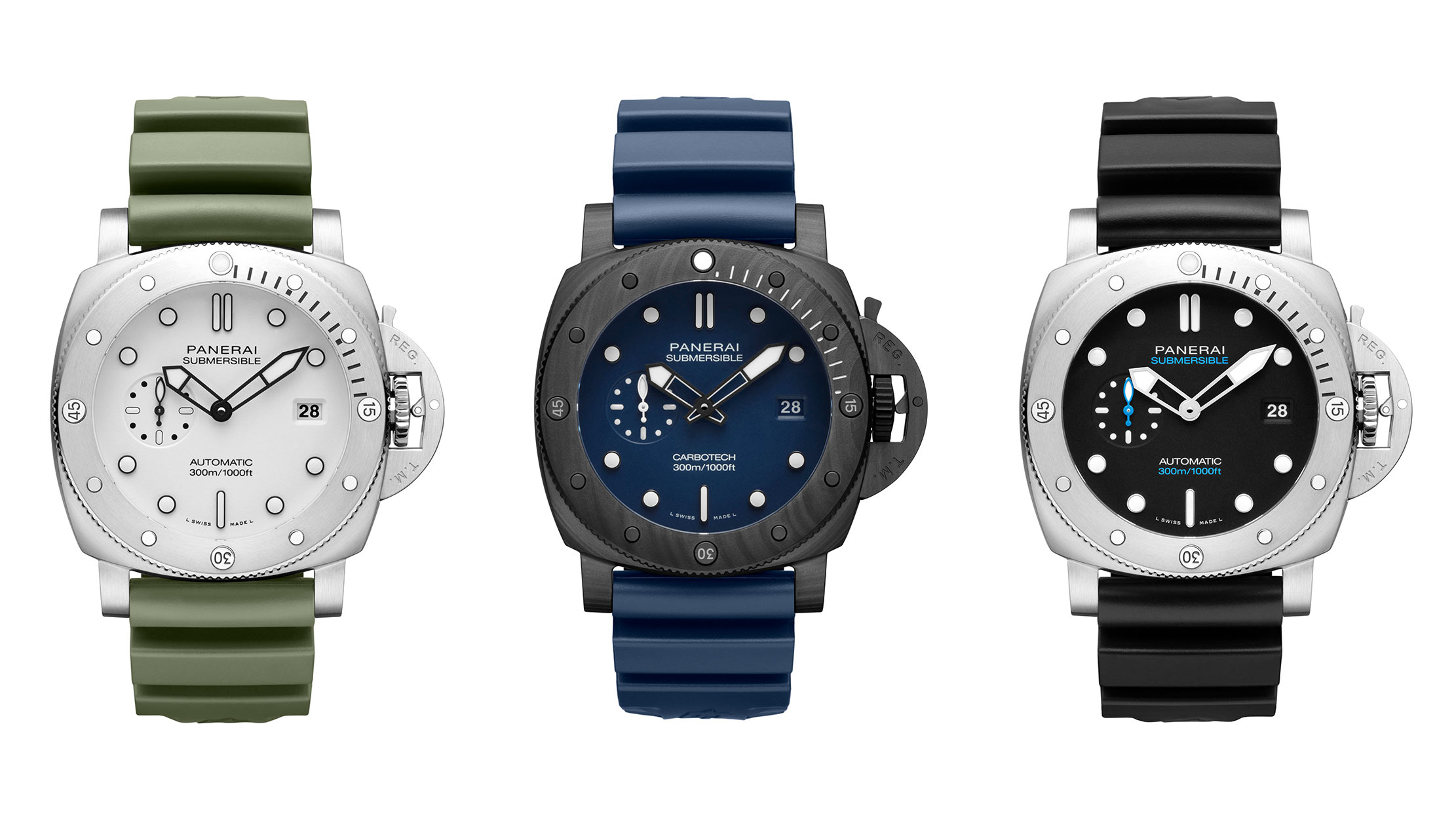 The first of the new QuattroStagione Submersibles comes in either a diver’s standard black dial with blue accents, but there’s also a whtie dial available too, which is a rarity in the Panerai lineup. These watches come with a stainless steel case and the in-house calibre P.9000 movement which is good for 72-hours of run time. If that’s not exotic enough, there’s a 44mm version with a Carbotech case too. 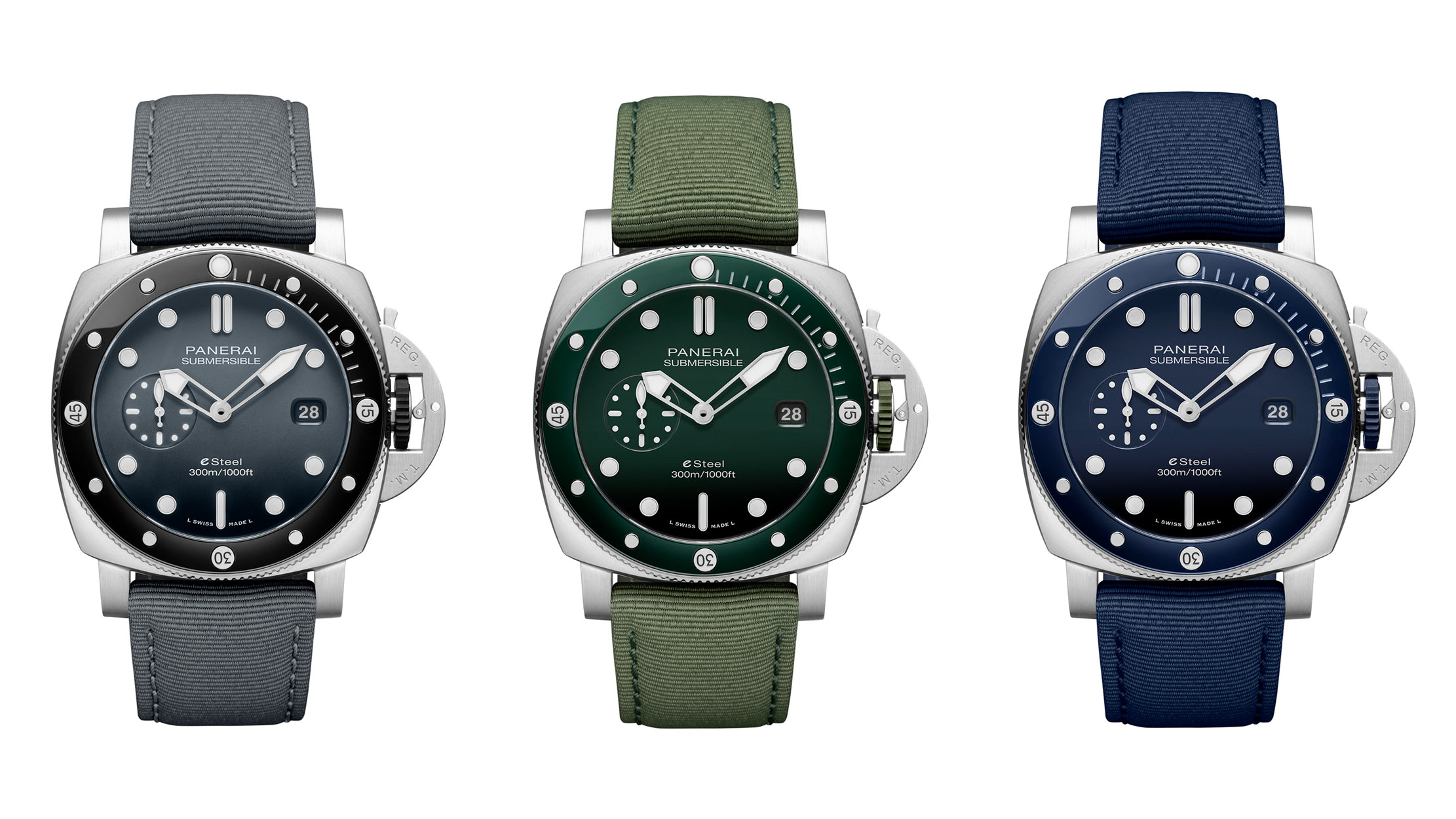 The next watches are more or less the same, but their cases are made out of eSteel. I wrote about this recently, eSteel is Panerai’s proprietary blend of virgin and recycled steel, over half of the steel is recycled in Panerai’s eSteel watches. And yet, they still have the same 300m of water resistance. They also have ceramic bezel inserts and revised dials that better reflect light. The P.9000 calibre also powers them. 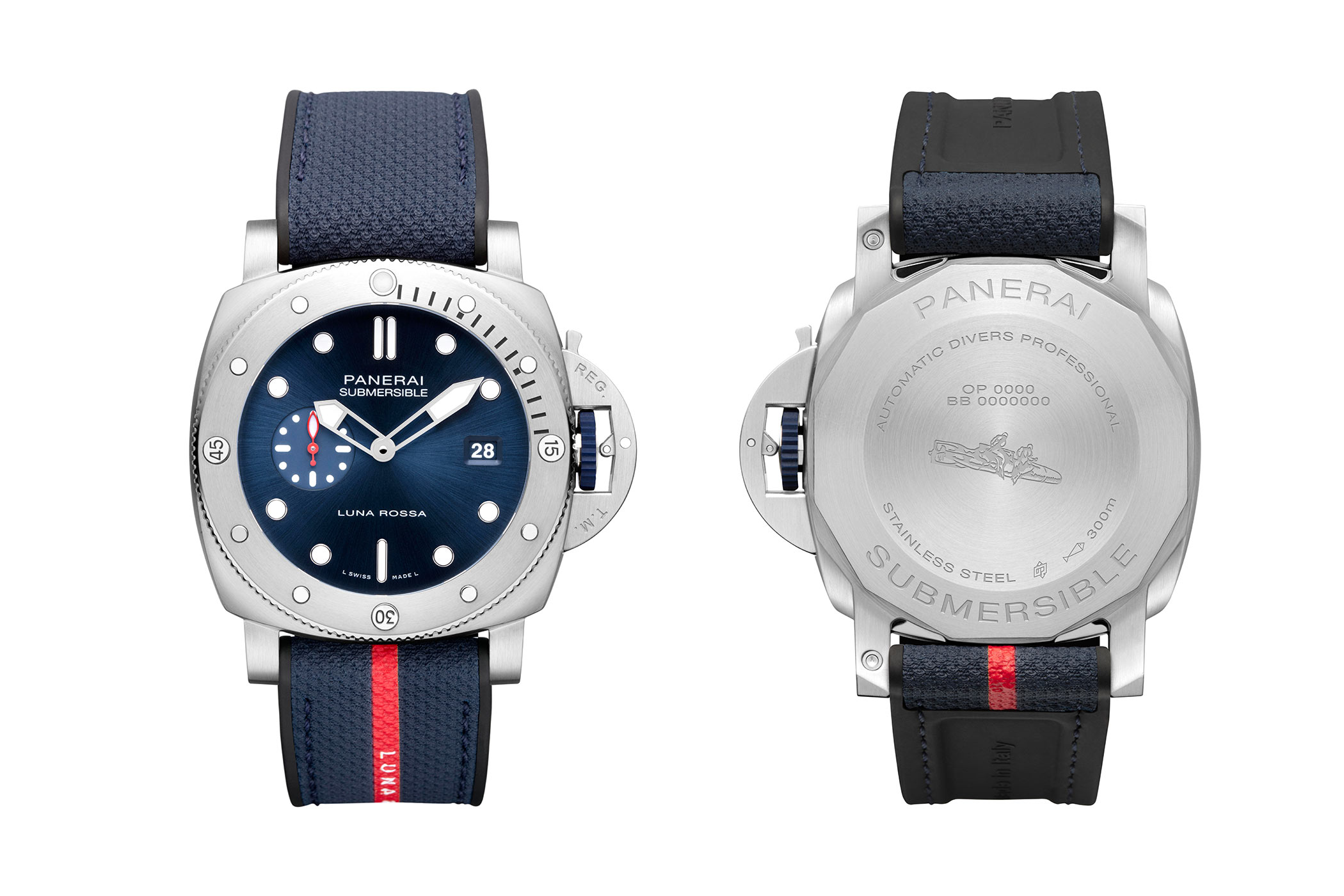 The final model in the Quadripligio lineup is the Luna Rossa special edition which marks Panerai’s continued support of the venerable Italian sailing team. It comes with a blue dial with sunray finishing and red details which map the rubber strap. It too has the P.9000 calibre inside it and is very attractive.

I’d hoped that Panerai would use eSteel more by now, but they’re still working at it, which is good. I am looking forward to trying these. I just hope they don’t lose the daftness that makes the 47mm Submersibles so appealing. Visit Panerai here.

Author’s note: It has been brought to our attention that we were incorrect about the movements fitted in these watches. They are in fact the calibre P.900. This is based on the calibre OPXXXIV, which itself is most likely based on a ValFleurier calibre. It has a 72-hour power reserve and 4Hz beat rate. Our apologies for providing you with the wrong information previously and thank you for making us aware of this error.